extraordinary scene this morning when health secretary Hancock had big row with PM May because she wanted to publish HIS green paper on preventative health measures?

Surely nothing to do with him wanting cabinet job under Johnson, who opposes sin taxes?!

Hancock was initially reluctant to have the paper published by his own health department, meaning that it was instead published by the Cabinet Office and DHSC together.

The minister also argued successfully against any press notice to accompany publication.

One Tory aide suggested that Mr Hancock had tried to “time out” the paper over the weekend by not responding to a government write-around on the subject.

One Hancock ally said he still wanted to pursue the ideas in the green paper. “Last week everyone got a letter saying we shouldn’t announce anything which could tie the hands of an incoming administration.”

Anyway what’s in the paper?

complete ban on smoking by 2030

end to the sale of energy drinks to children.

“Serious questions for Hancock to answer on why he has slipped this important green paper out at this time.”

“Hancock - having spent months dreaming up these policies - now finds himself stuck in the middle of a war between the old and new versions of himself.” 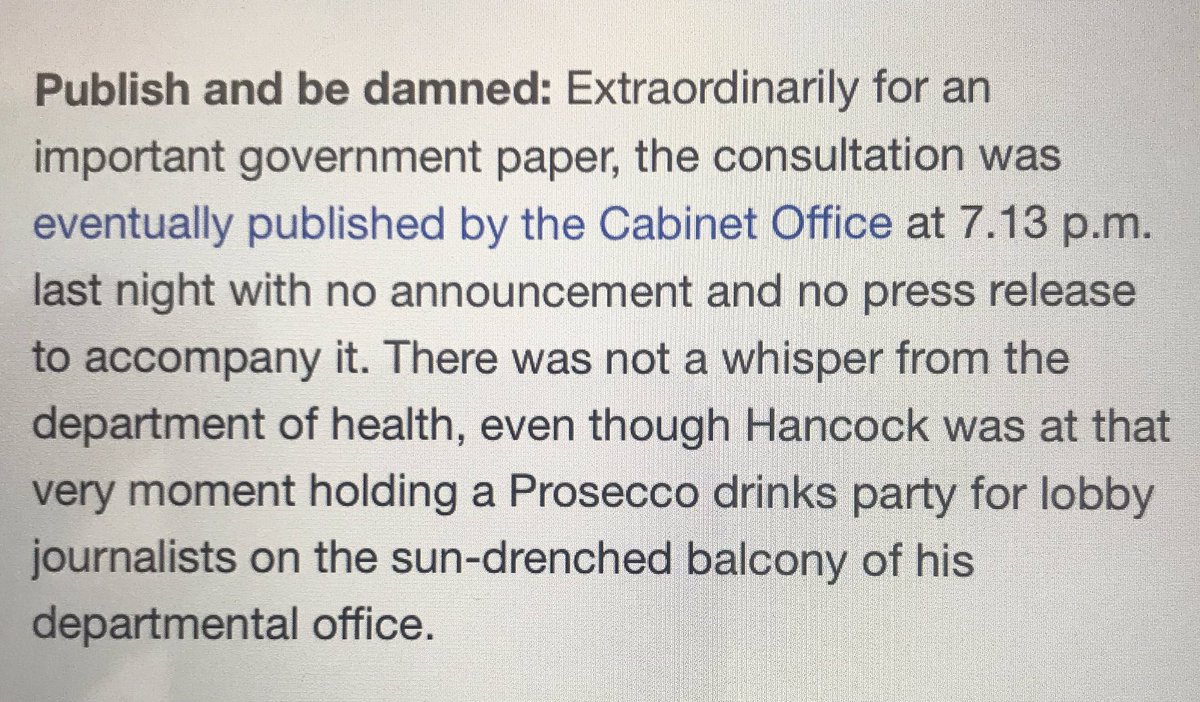