Still want to know the answer to this question:

Is it legal, as the report would suggest, to knowingly hand internal campaign data to someone you believe to be a Russian “spy” who is in fact tied to Russian intelligence?

Or even take the word “Russian” out off it:

Is it legal to knowingly give internal campaign data—the kind of stuff you keep private from your rivals and the outside world—to someone you believe to be a foreign spy who is in fact tied to foreign intel?

“there is no federal law preventing a campaign official from sharing campaign information with a foreign agent, gratuitously.”

Seems like Mueller should explain that startling fact to the American people in front of the cameras. 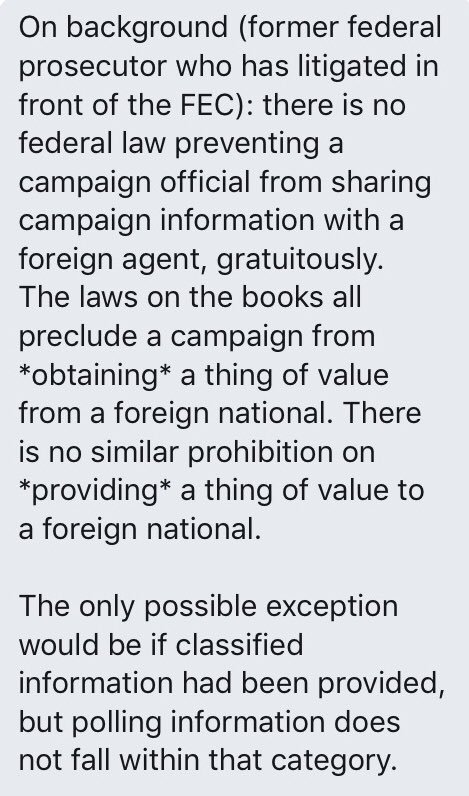 One caveat this source gave on that question. 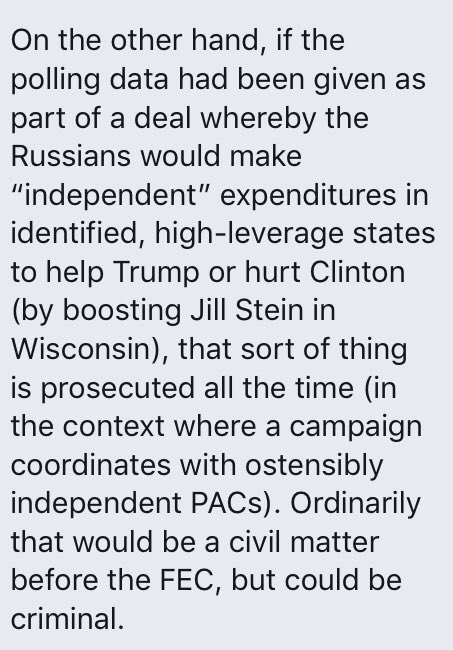 Remember, there’s no dispute from the report that Gates “periodically” gave internal polling data to Kilimnik, whom he believed to be a “spy” and was in fact tied to Russian intel.

Mueller simply couldn’t find out what Kilimnik did the the data.

Manafort handed over polling data too. Gates was the one who said out loud that he thought Kilimnik was a spy, and handed the polling data “periodically” at Manafort’s direction.