I used @runwayml to reconstruct this scene from The Last Jedi by having DeepLab recognize all the objects in each frame, and then having SPADE try to paint the original frame from the objects.
https://youtu.be/sEd1EO8eIfw

More on the reconstruction process here:  https://aiweirdness.com/post/186539822077/the-world-through-the-eyes-of-a-neural-net …
This is the first step, where DeepLab segments an image into objects. "Lightsaber" is not a category it has, so it improvises. 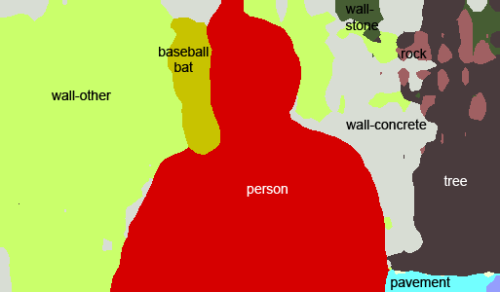 Next, SPADE has to paint a picture just from DeepLab's labeled image. It sees person with a baseball bat, so it looks a lot like it tried to paint Luke in a baseball jersey. 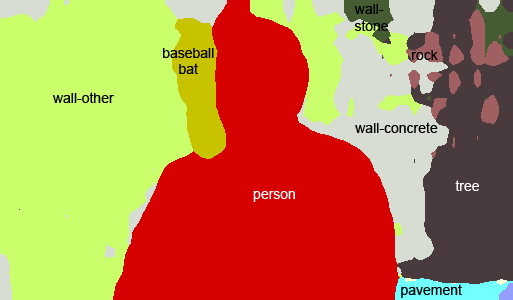 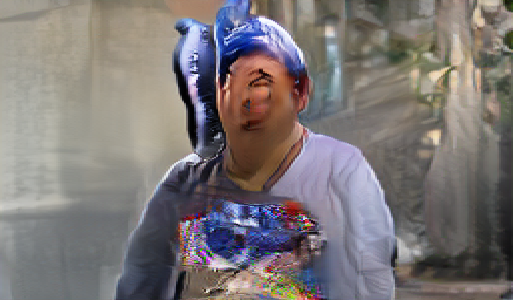 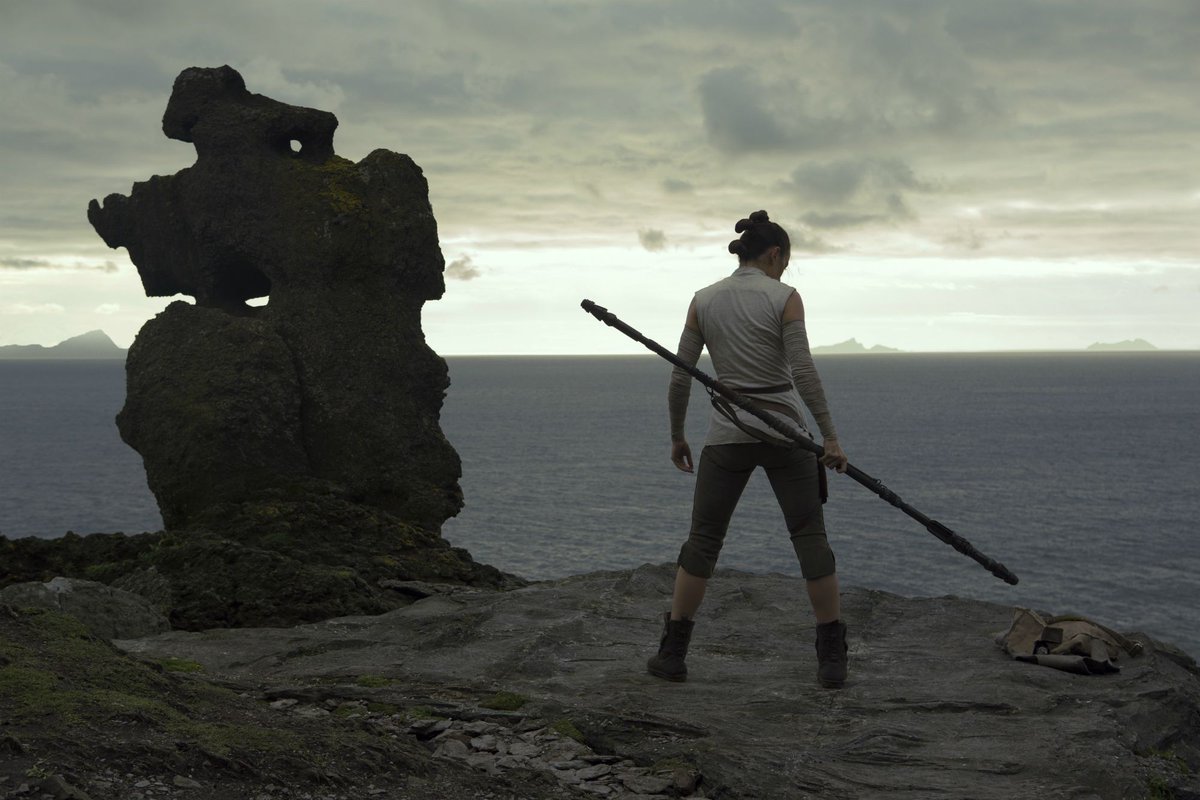 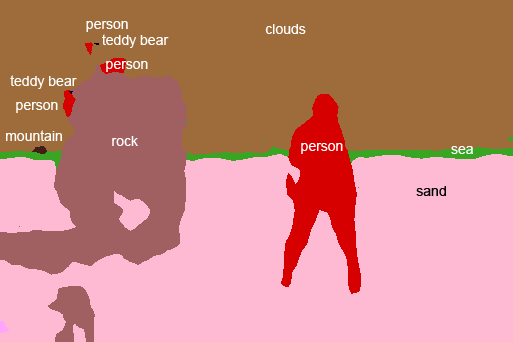 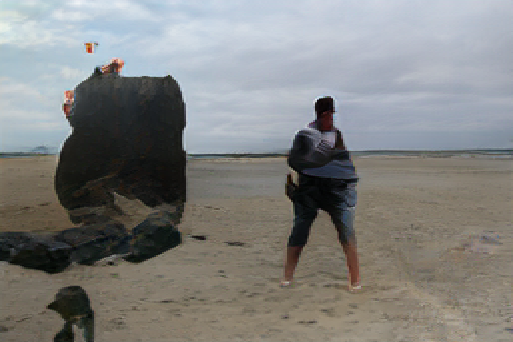 I like this sequence. DeepLab didn't detect the lightsabers & decided the ground was snow. (And also a surfboard). Trying to recover the original image, SPADE looked at all the snow & decided to put Luke and Kylo in snowsuits. 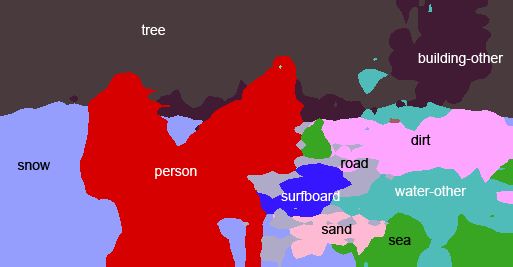 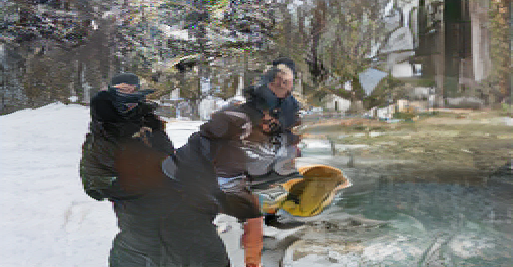 I'm really excited to see what these will look like as segmentation & reconstruction get better. Could one segment a scene from Pride and Prejudice and replace all the "human" labels with "bear"? Or "refrigerator"?

Here's a cool variation where @jonathanfly gives SPADE not a DeepLab segmentation but frames from cartoons or 8-bit video games.

flawless reconstruction by our robot overlords 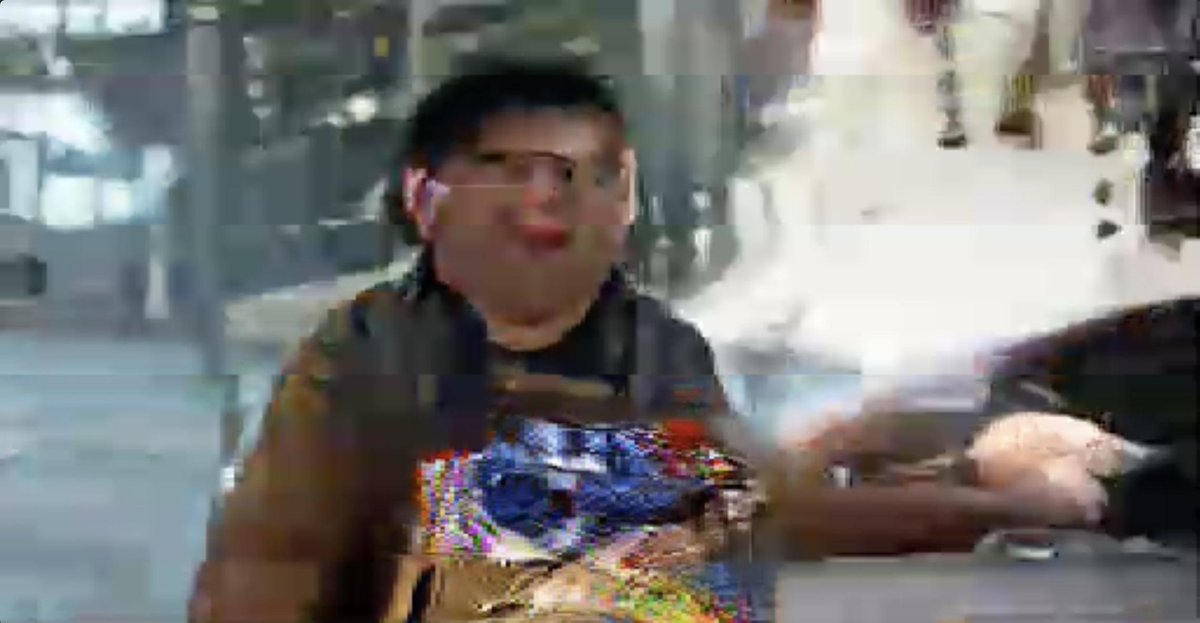 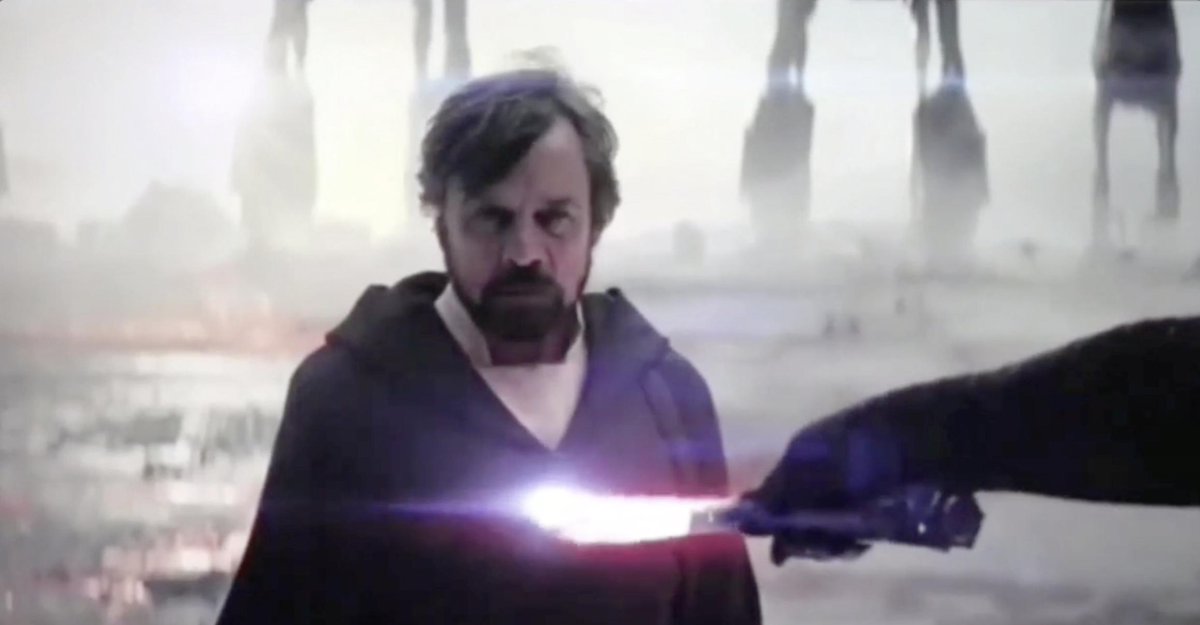