Eric Garland+ Your Authors @ericgarland Intelligence analyst and advisor to CEOs and governments. I break down global events into clear narratives and appropriate profanity. Jul. 25, 2019 2 min read + Your Authors 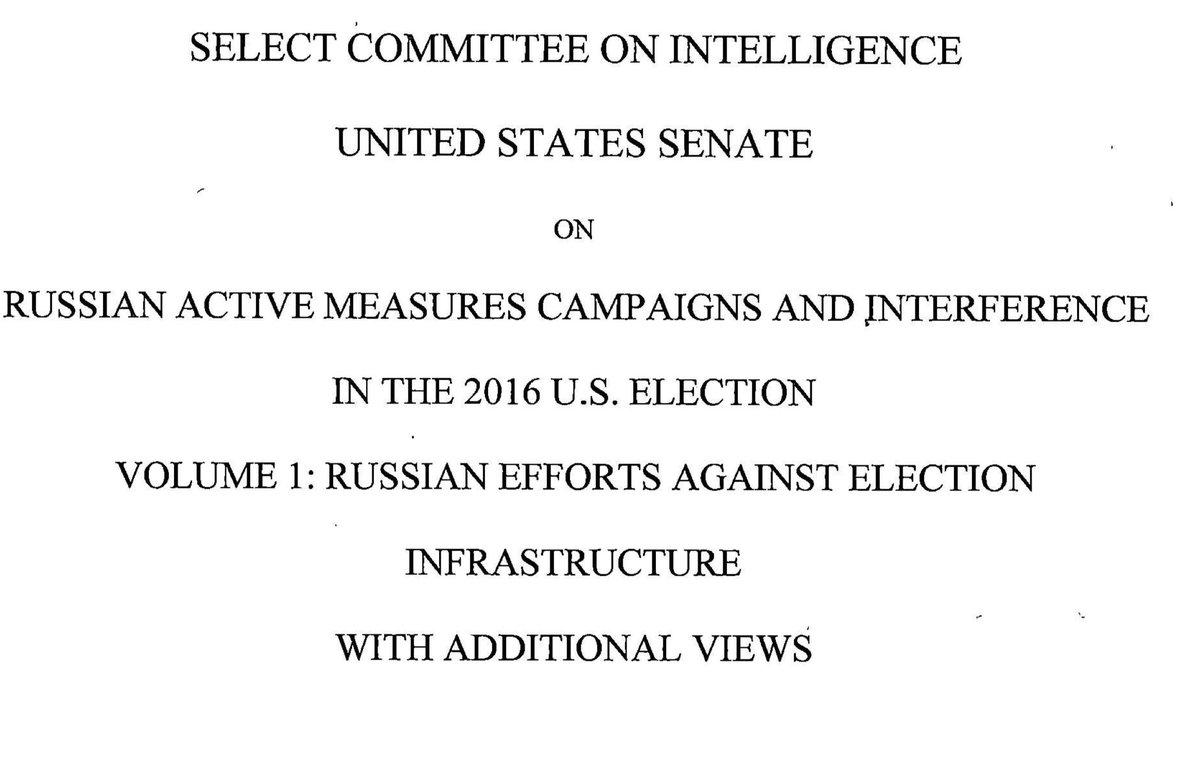 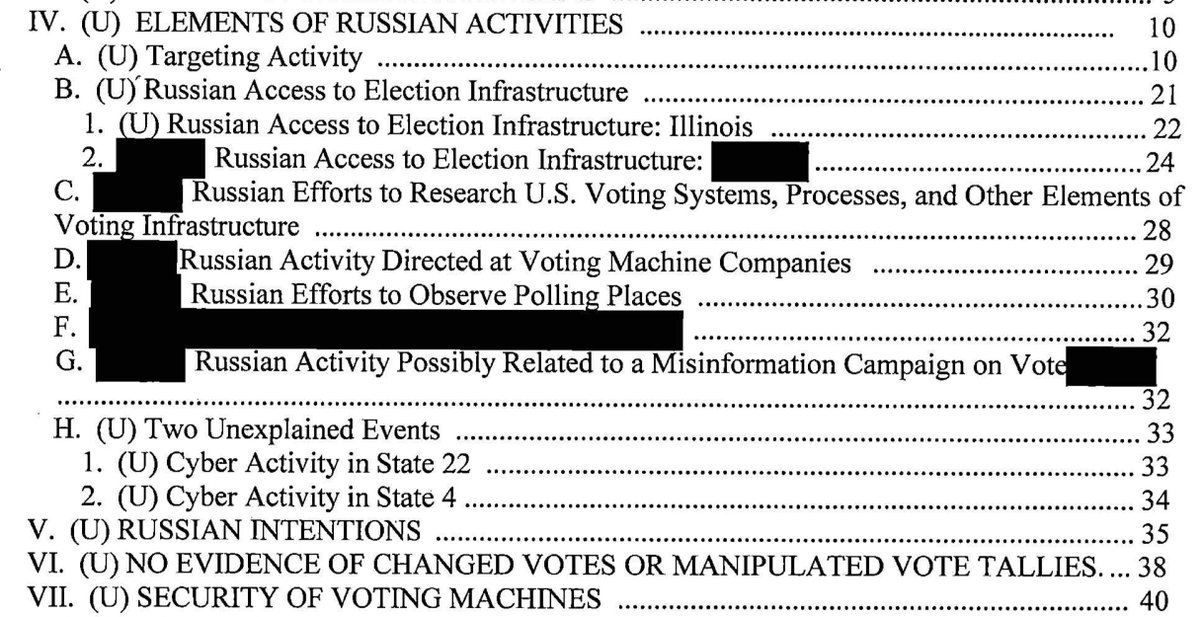 Three years after Obama declared war on the Russian Mob, the year they invaded Ukraine and shot planes out of the sky - full attack on our democracy by Russia.

Note on 3. SSCI is not an intel agency and cannot make assessments. Also, because of potentially compromised politicians, the USIC may not have been briefing Congress as normal.

There is always tension between Federal and State governments. States have sovereignty in some areas, Feds have supremacy in others. We want to protect the Constitution. But this leaves us some vulnerabilities.

Note that the NSA is launching a new Cybersecurity Arm in two months. We're gonna protect this democracy.

Russia has been attacking us for years, working out how best to corrode our democracy. And we tracked them.

Mid-July 2016: Not so long after the Trump Tower meeting with Russian spies.

The more serious the situation, the more intel agencies want to get it exactly right - but this can slow down action.

A dichotomy we work with regularly.

The sheer arrogance of these bastards.

Kislyak had a problem with "FBI tactics" right before the election? GET BENT, SERGEY.

Russia was practicing, seeking to get better at attacking our democracy. (Oh, and they got caught.)

Compare this with the deza around "Putin can't even get the trash picked up" you hear from some pundits.

Not only did we know it was Russia, we knew which intel service. 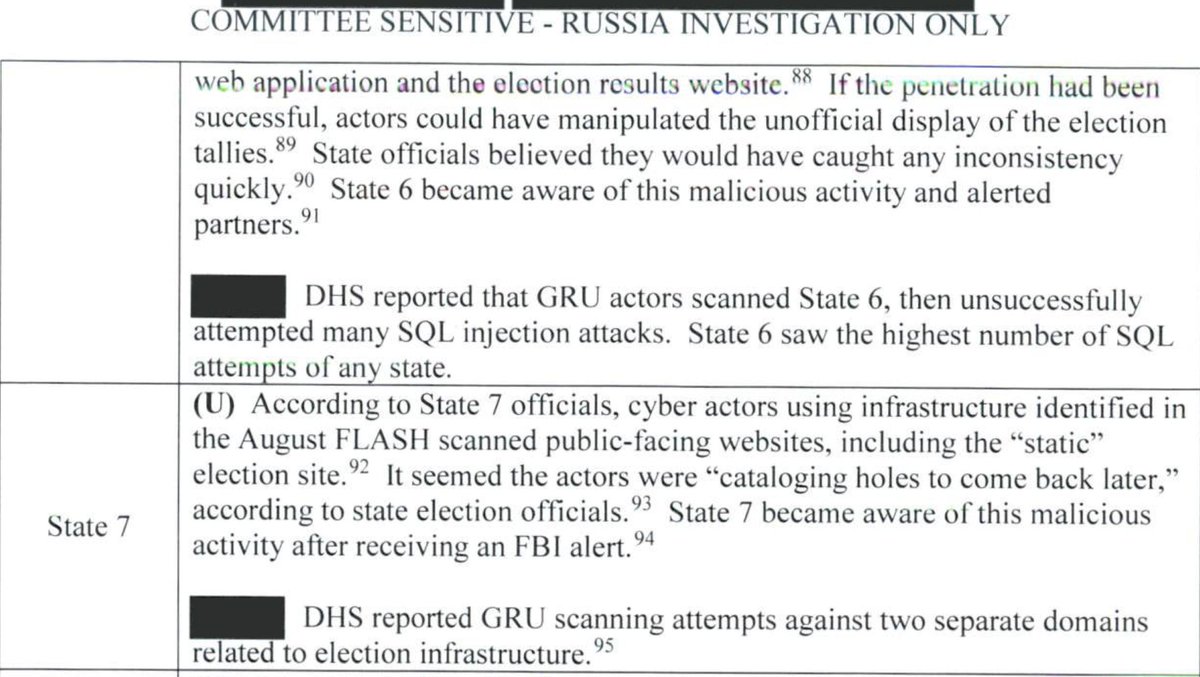 We're starting to learn their tricks.

RUSSIA TRIED TO MESS WITH VOTER REGISTRATION ON THE RUN-UP TO 2016. Now that's more than scanning.

By the way, GRU is the Main Directorate of Russian Military Intelligence. These were MILITARY ATTACKS ON AMERICA.

Guess you could interpret that anyone opposing election security right now is giving aid and comfort to a military enemy of the United States.

Russia WAS ABLE TO DELETE OR CHANGE VOTER DATA IN ILLINOIS - WE JUST DON'T KNOW IF THEY DID.

And all this data could be fed to Cambridge Analytica.

Not content to sell cocaine out of their embassies, Russian diplomats moonlight as Internet trolls.

Unable to build an aircraft carrier that can win a fight with a dry-dock, Russia chooses to attack our democracy instead.

Always projecting, Russia wants to believe that we fix elections like they do. And they're wrong. And can f**k right off. 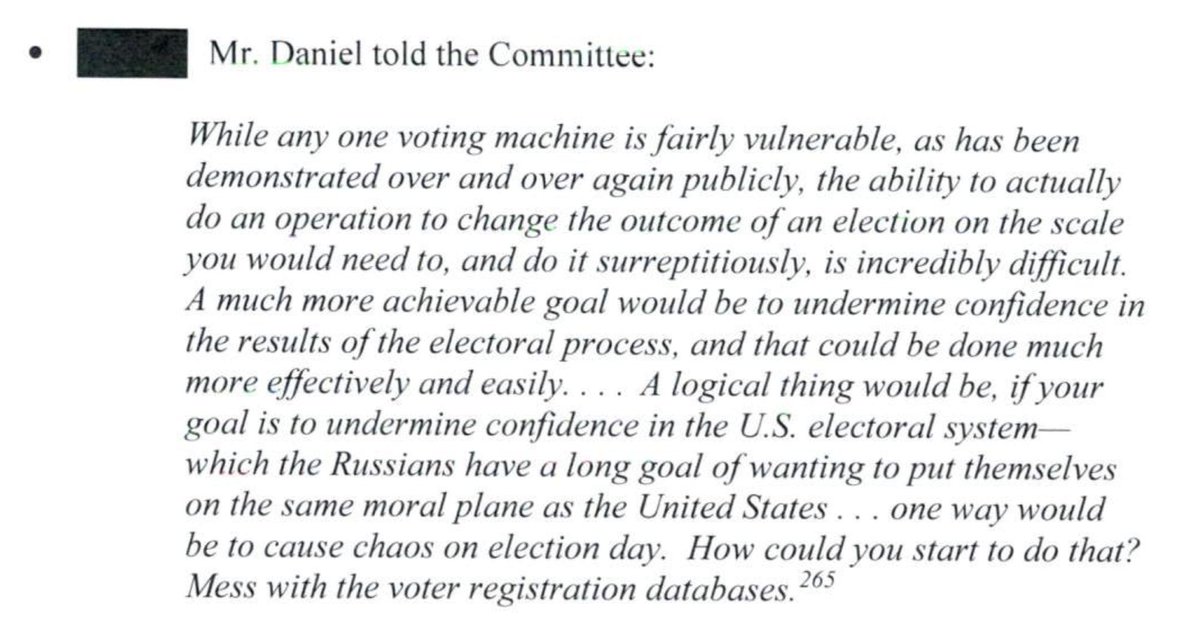 This is what Mitch McConnell didn't want America to know about the 2016 election. And he will go down in infamy for it. 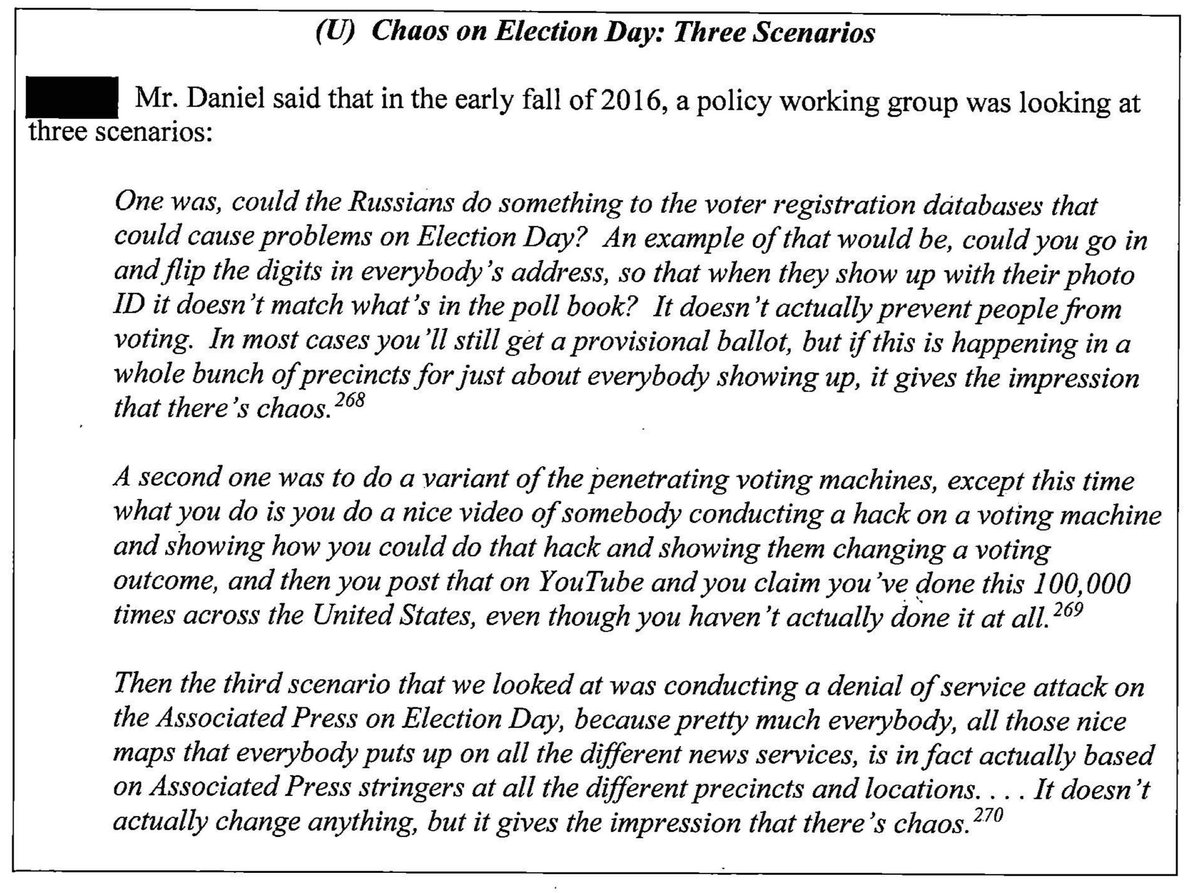 As reported in January 2017 by the USIC, the election was secure and legitimate - from a technical standpoint.

Propaganda is another matter.

BIG TAKEAWAY: ATTACK AMERICA WITH COMPUTERS AND WE WILL SMACK YOU BACK MAYBE NOT WITH JUST COMPUTERS.

To sum up: Yes, Russia attacked our democracy in many ways. Here's just one. And if you don't take it seriously, you're helping them.