Seeing Gemma O'Doherty being roasted is great, but I think we need to be putting a spotlight on the question of who exactly funds these grifters, asking about their relationships with alt-right activists Lauren Southern and Caolan Robertson who visited Ireland last year. 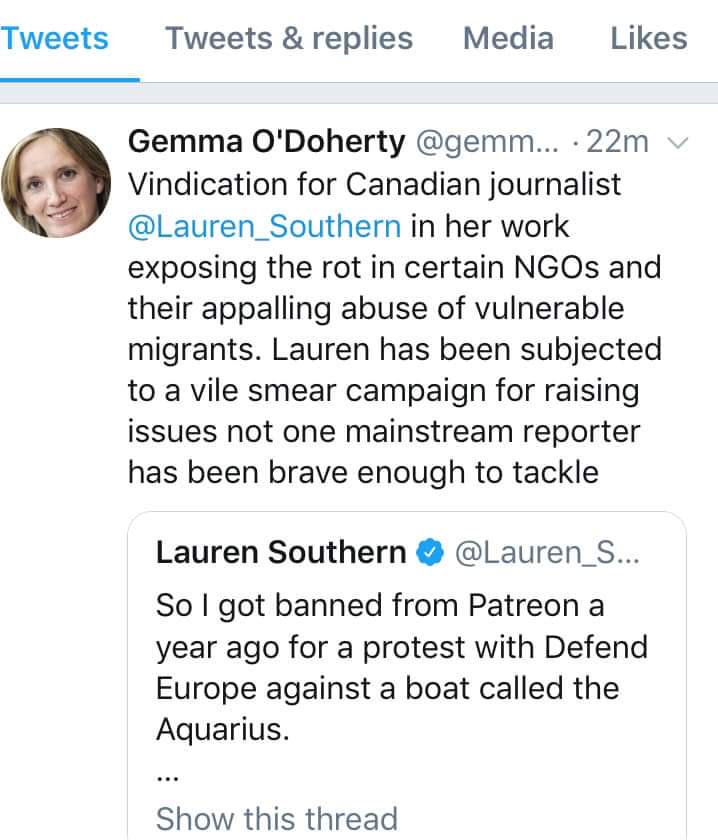 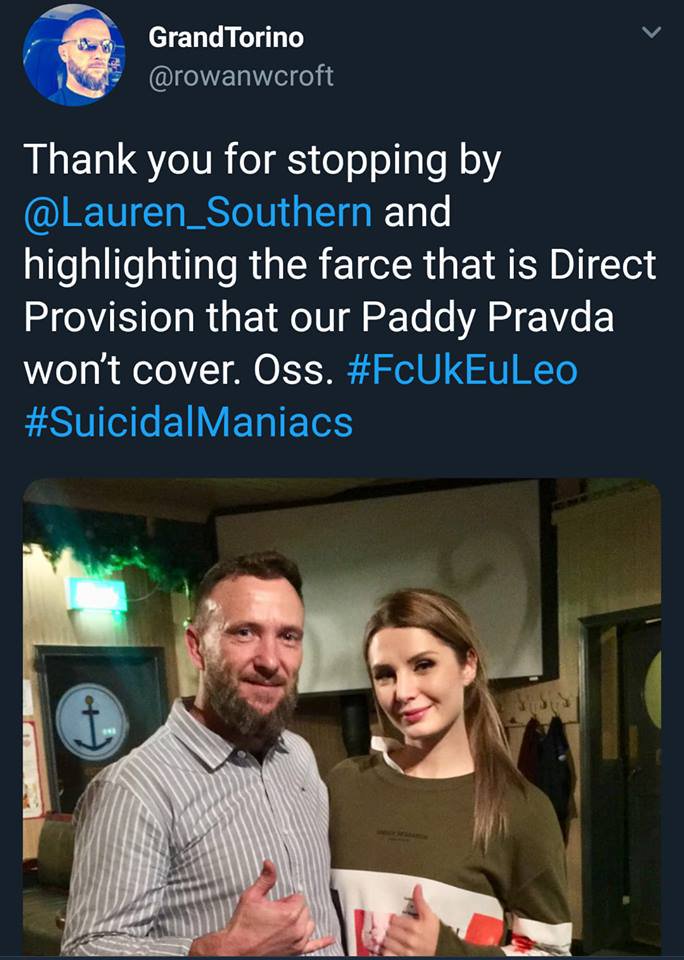 After Southern and Robertson's appearance, we saw an arson attack on a proposed direct provision center.

The timeline of these alt-right figures coming to Ireland also coincides with O'Doherty's turn from failed presidential candidate to hatemongering.

So the question is, is O'Doherty being paid to promote anti-LGBT and anti-muslim hatred in Ireland? Was she meeting with Southern and Robertson to arrange funding for her stint as discount Katie Hopkins? Who exactly is funding her and her cohorts activities?

And keep in mind, her followers are rabid white supremacists who go after people who call out O'Doherty, threatening and harassing them. People critical of her get a target painted on them for this little cabal of nazis to go after: