A couple of weeks ago, I was extremely lucky to have been given the opportunity to visit the Germanisches Nationalmuseum (@GNM_Nuernberg) in Nuremberg, Germany - a treasure of a museum, filled with artefacts from the nation's history. Here's some of the stuff I saw... /1 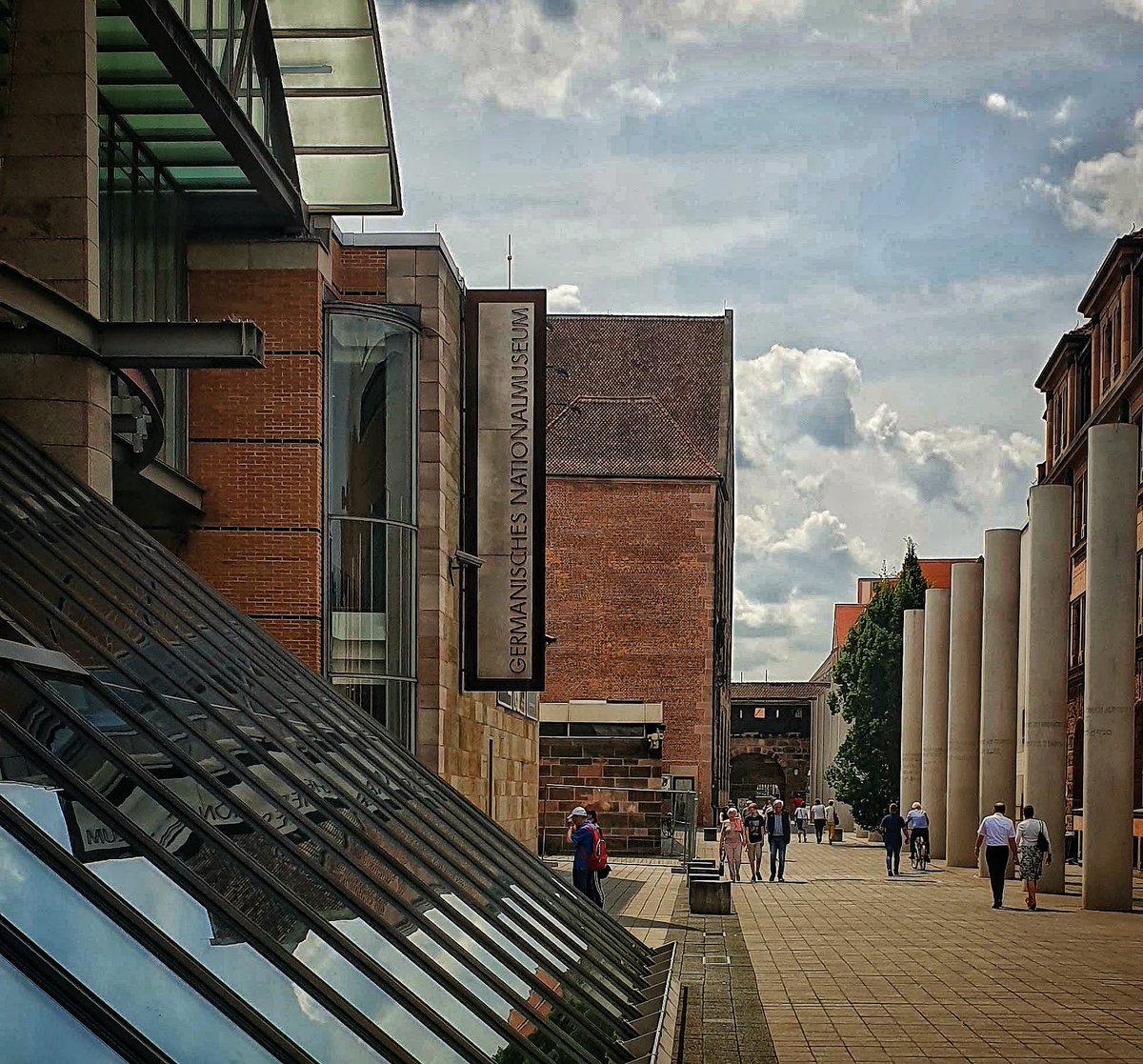 The Germanisches Nationalmuseum was founded in the 19th century, back when nationalist fervour drove a renewed interest in uncovering German history.

Now it has consumed a city block, including a medieval monastery! /2 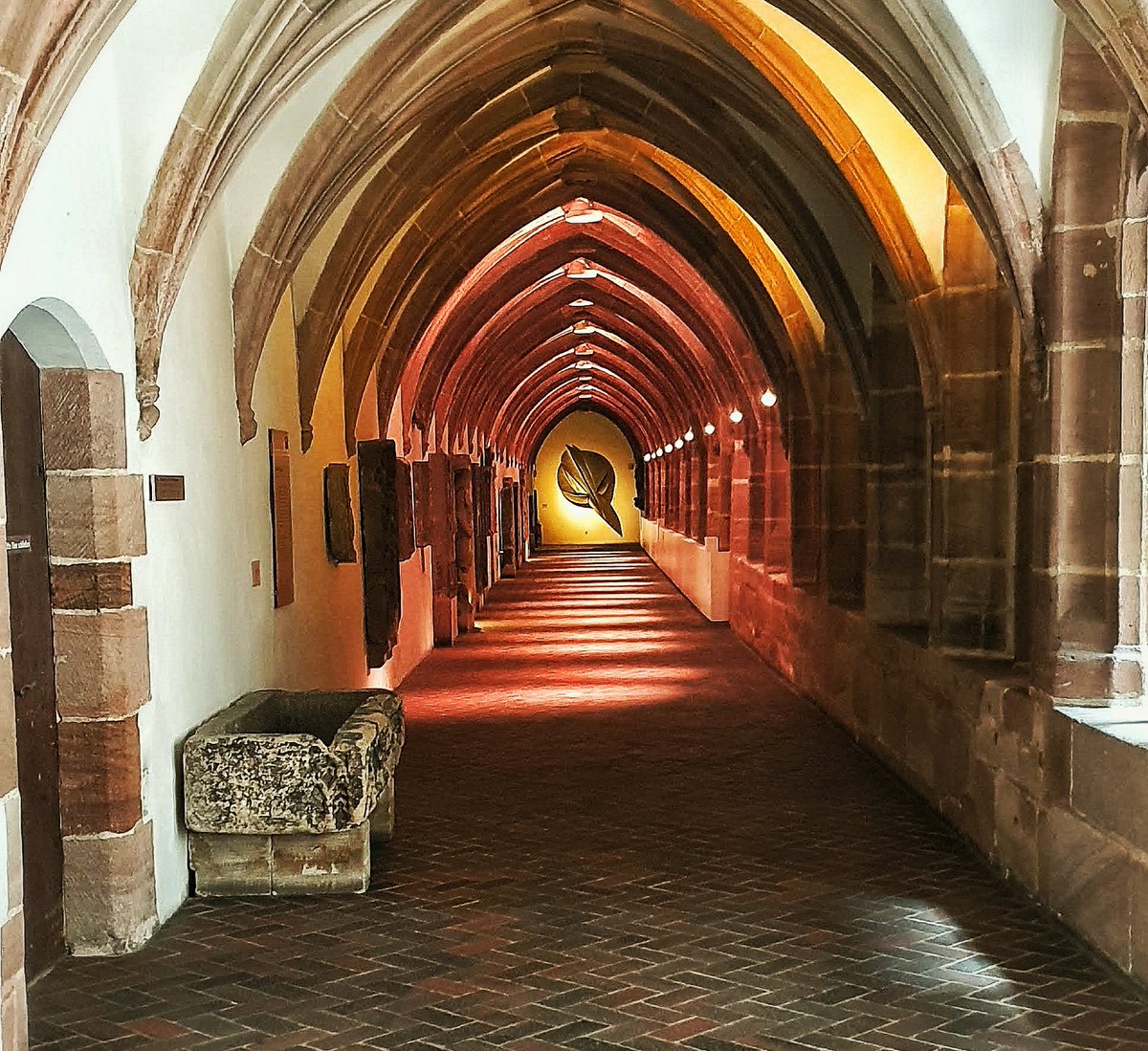 The museum covers 2000+ years of German history, with things really kicking off in the Roman period.

Here, for example, is a Roman cavalry helmet found in Bavaria - typical of those worn along the forntier. /3 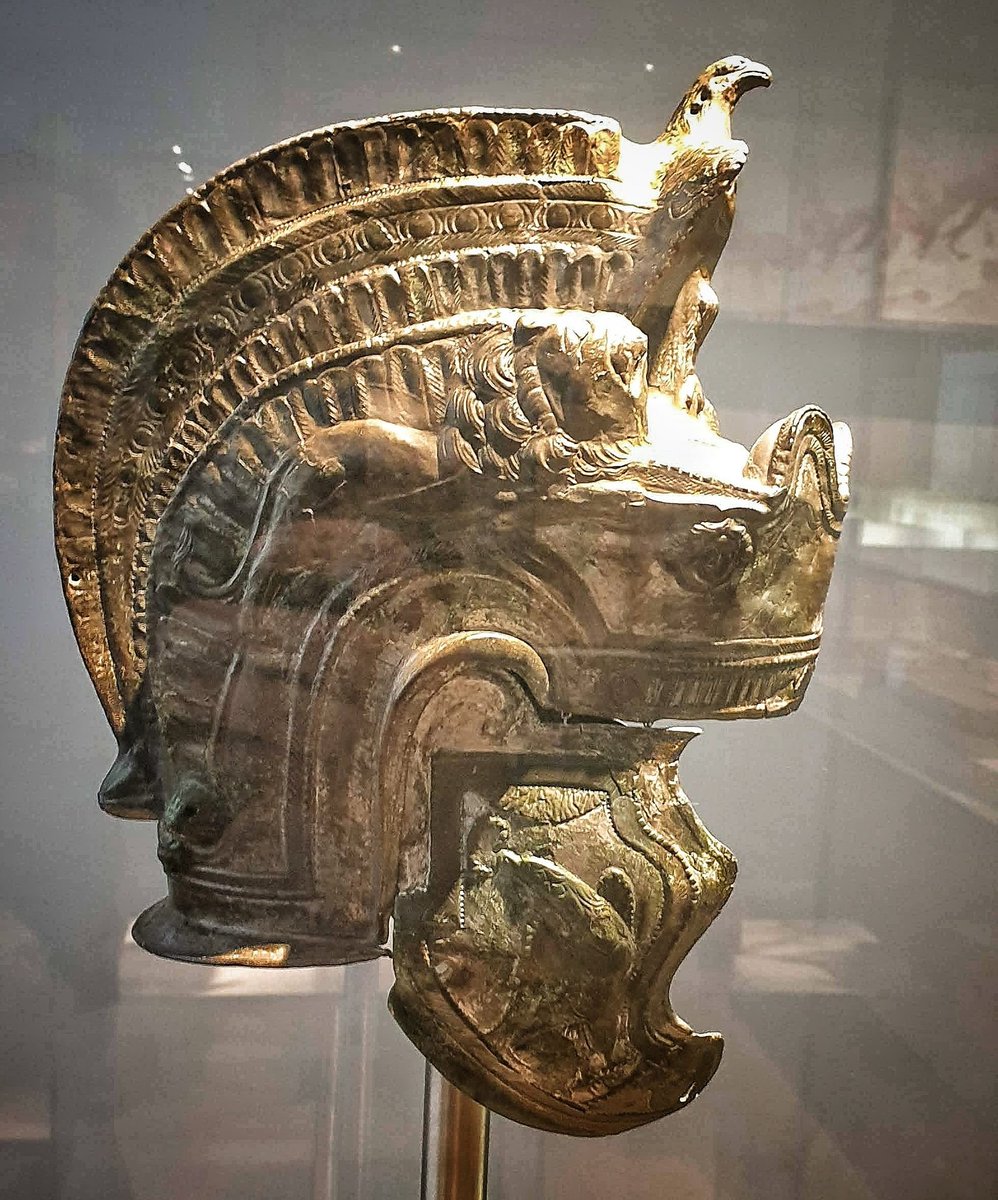 The museum's collections really kick off when it comes to the Middle Ages. This happy little brass fellow used to grace a fountain in Nuremberg and dates from about 1380CE. /4 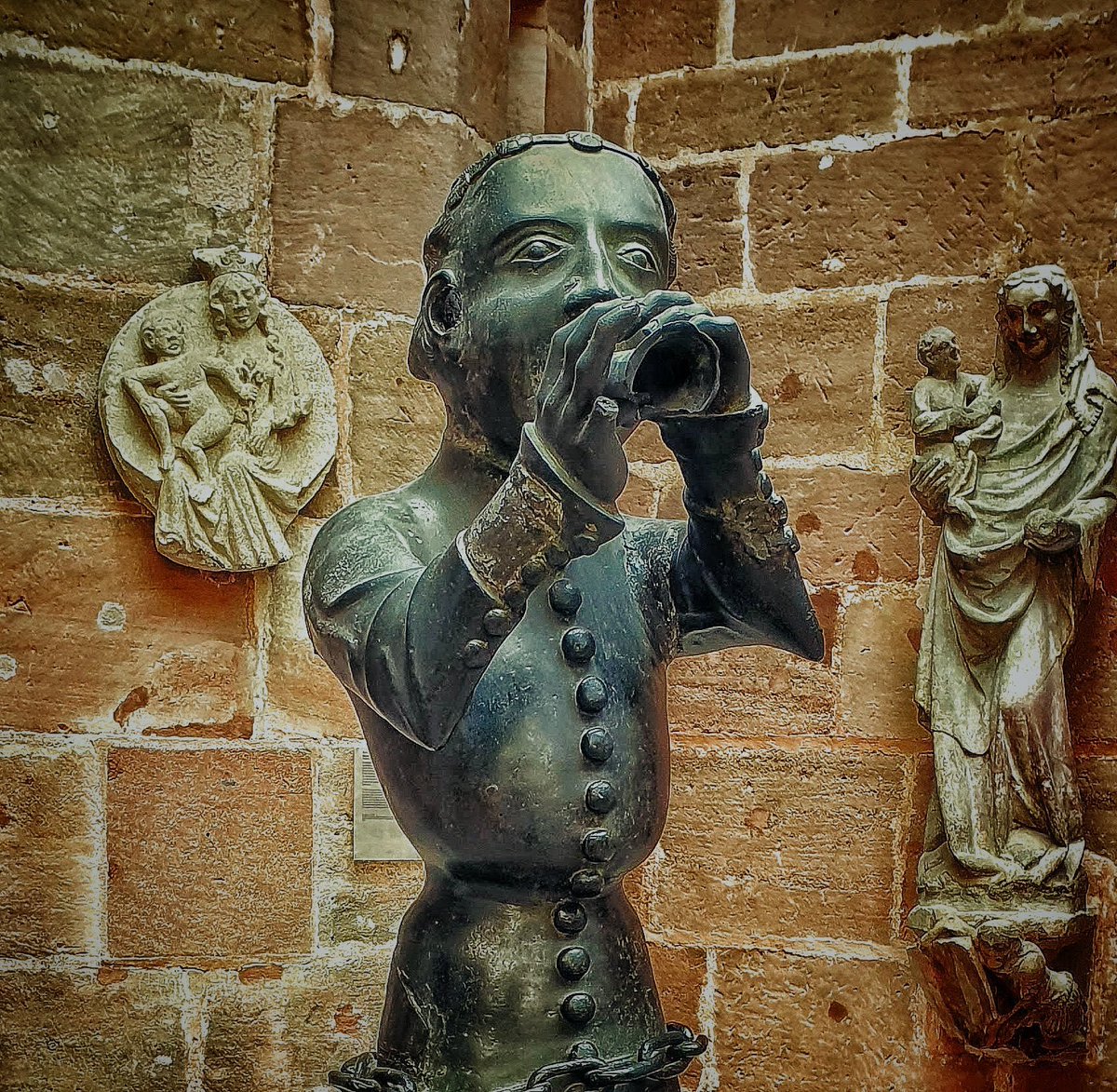 Metalwork from the Middle Ages is also represented in the museum by these door bosses, part of casts of cathedral doors taken from across the country. /5 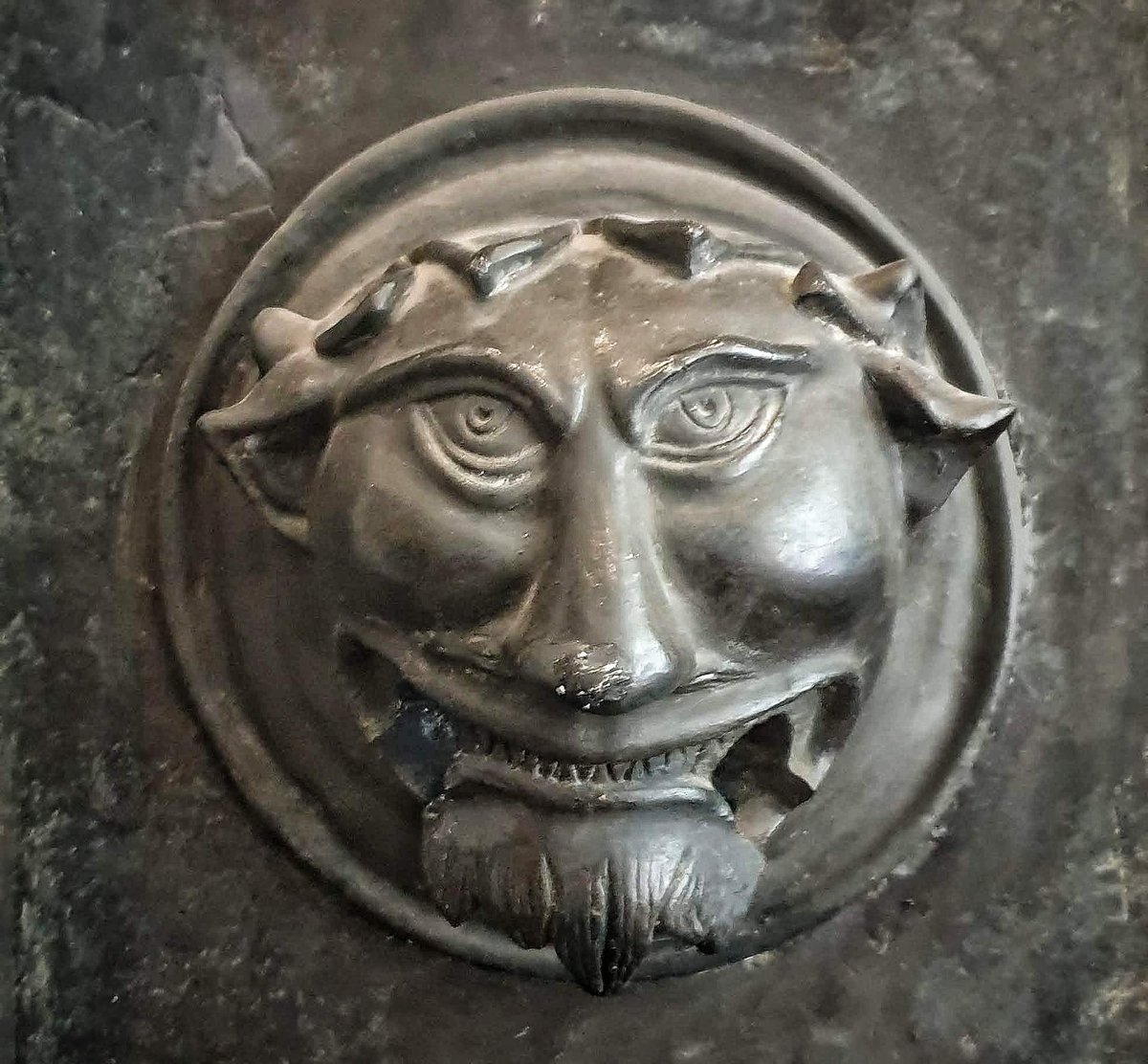 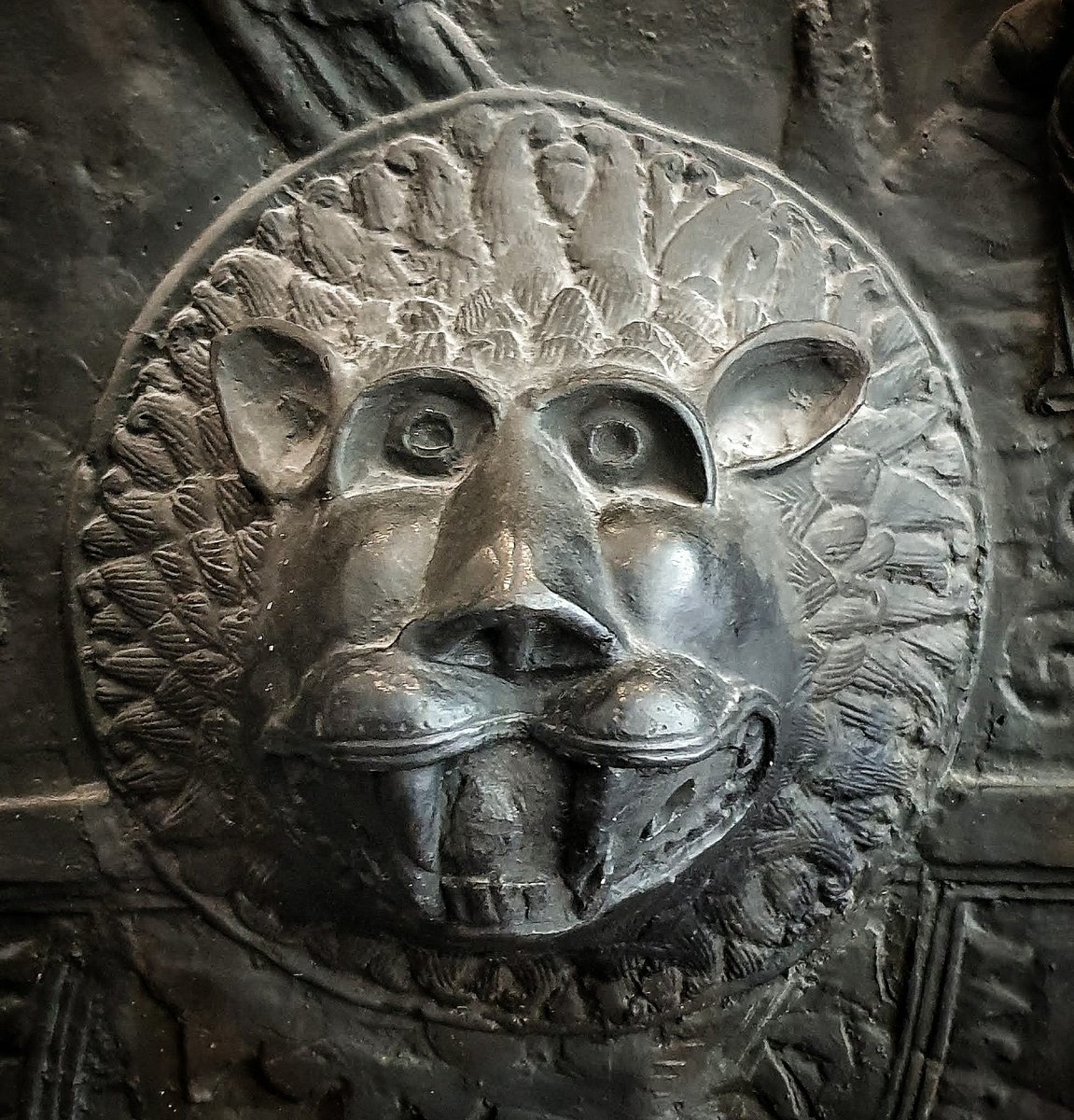 One of the @GNM_Nuernberg's standout pieces is the 'Heiligtum' - the casket where the most precious relics of the Holy Roman Empire were kept between being displayed. /6 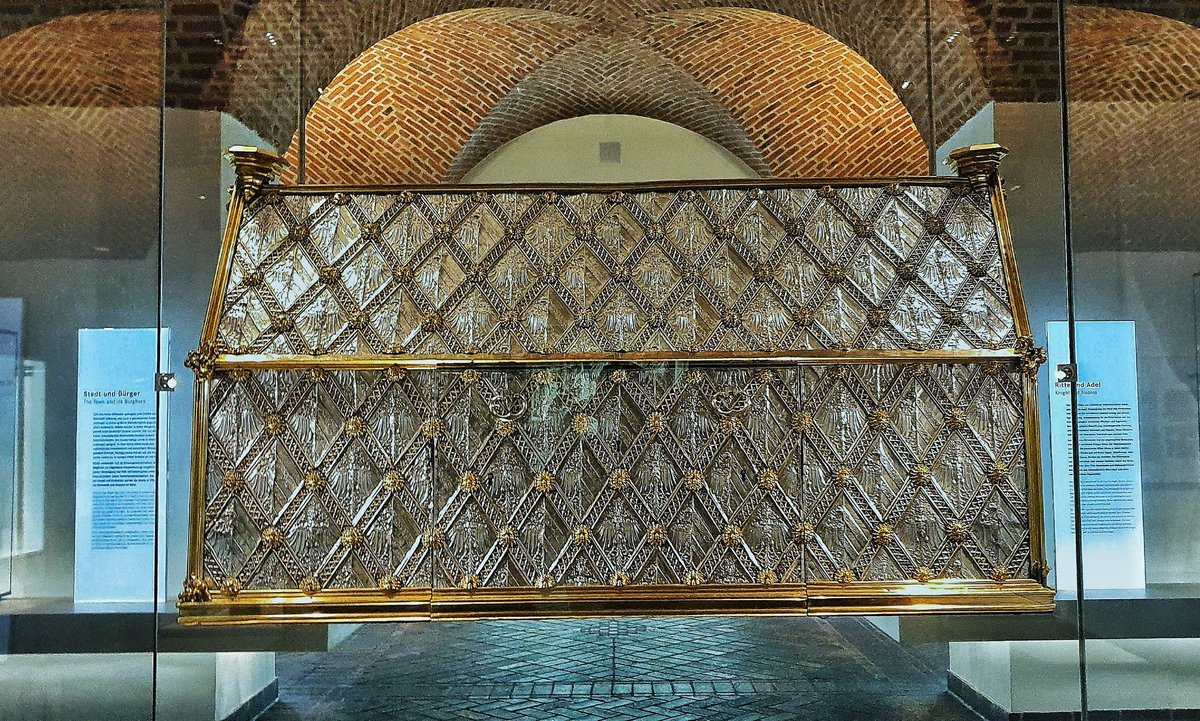 The Germanisches Nationalmuseum is lucky to have a few of hometown hero, Albrecht Dürer's portraits on display - here's his paintings of Emperors Charlemagne, and Sigismund on display. /7 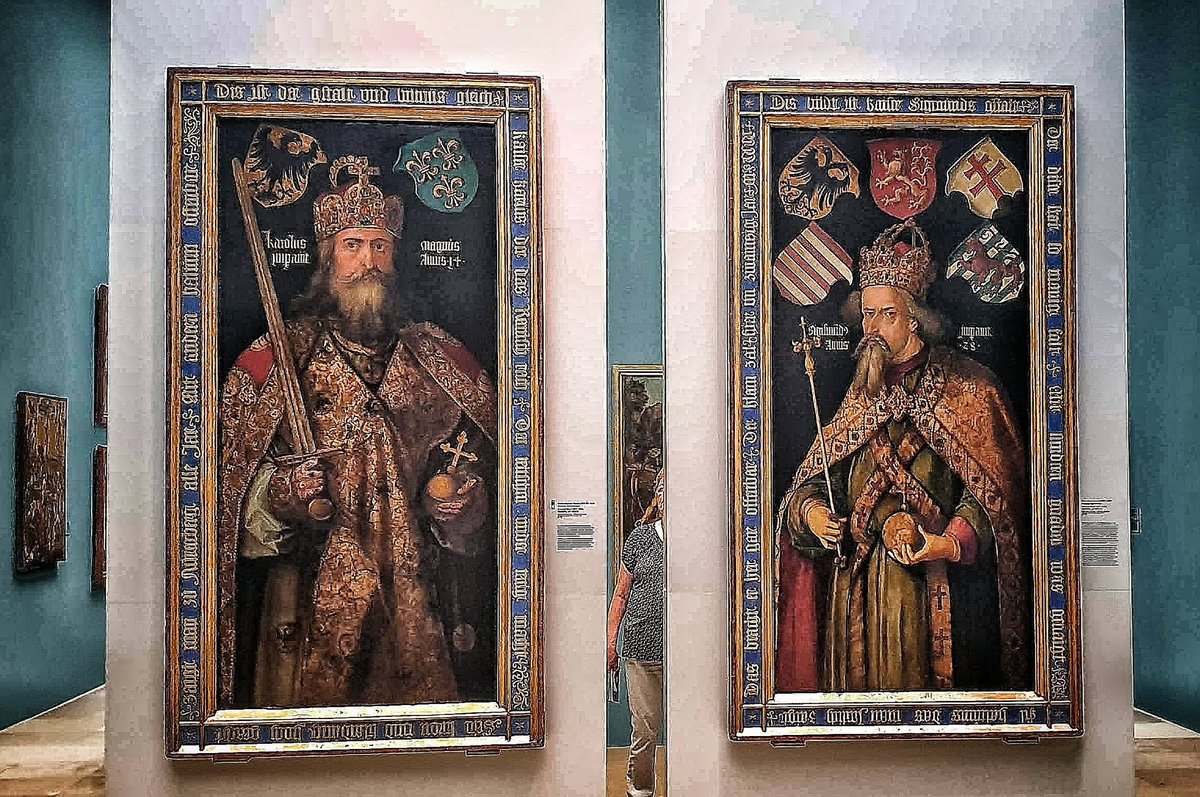 The museum also has some Cranach the Elder paintings on display - 'The Ill-Matched Couple' from around 1530 is a favourite of mine - and a motif he seemingly painted a lot. /8 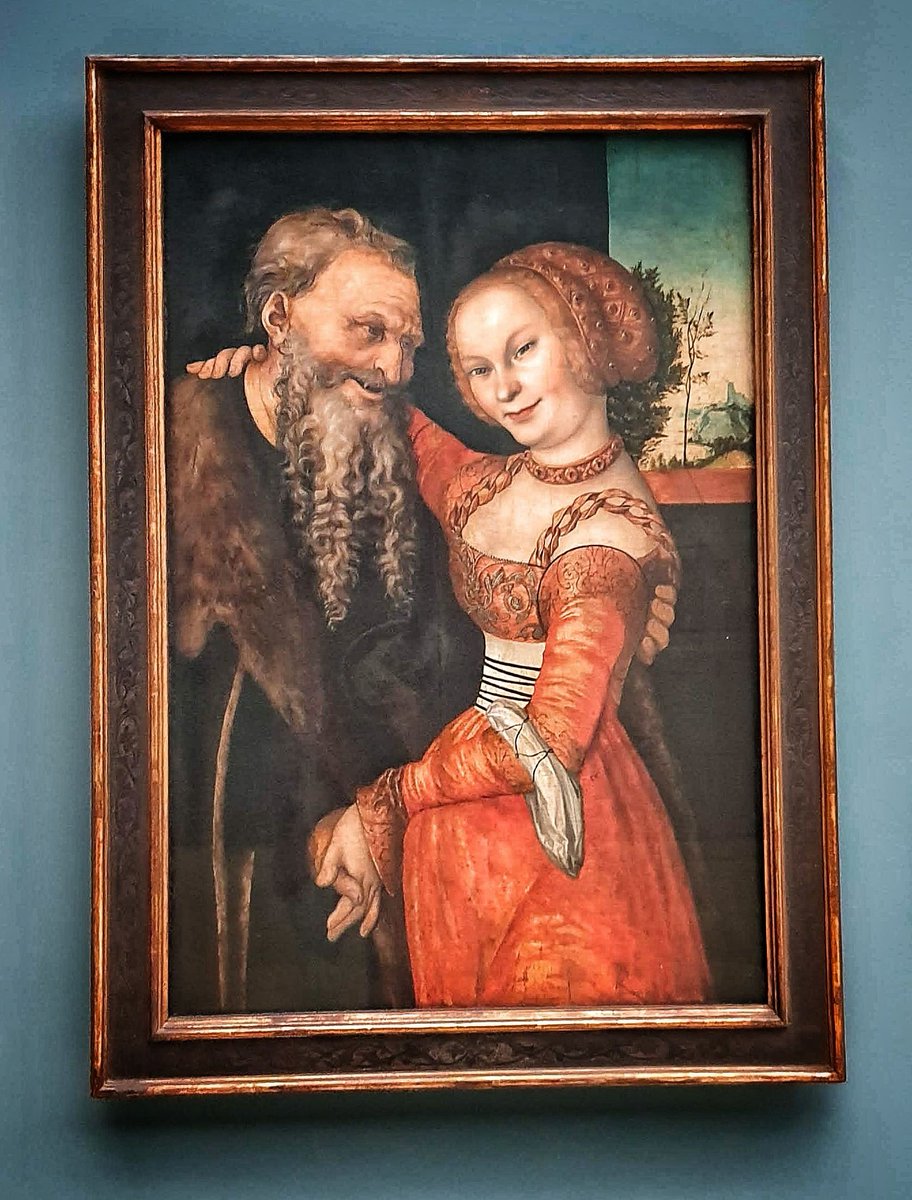 I'll leave you with this portrait of Judith holding the head of head of Holofernes by Hans Baldung Grien, one of my favourite German renaissance artists, as I know it'll be a mood for some of you. /9

Unfortunately, there were entire wings of the collection I couldn't explore! If you'd like to know more, check the link below! Hope you enjoyed that! /FIN  https://www.gnm.de/en/