They're Dem / Dem-leaning, but it is interesting that, among white non-college voters (the core Trump demographic), top 3 are:

And among that same group Warren wins for "best policy ideas" with 28%.

Look carefully at this one. Again, they're Dem / Dem-leaning, but fully 19% of white non-college voters said that Harris (10%) or Warren (9%) had the best chance of beating Trump.

The NYTimes churns out two op-eds every day claiming that is impossible.
/2 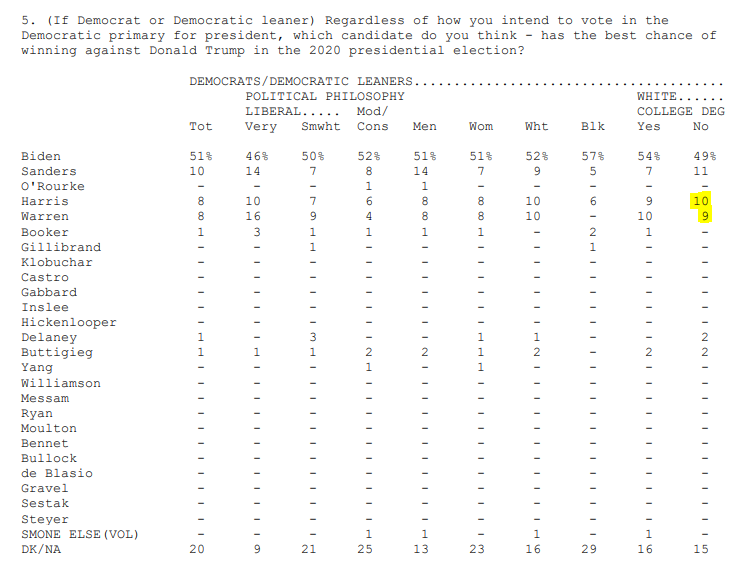 They were +28 for him in 2016, and Trump still just barely won WI/MI/PA. He can't win at all with anything like these numbers. 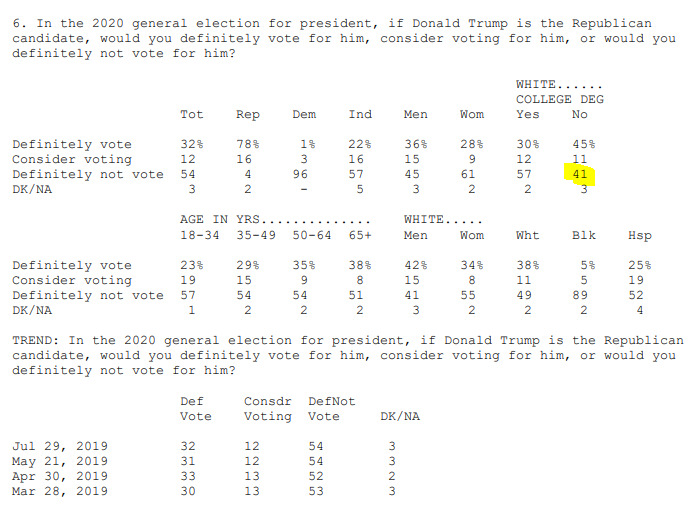