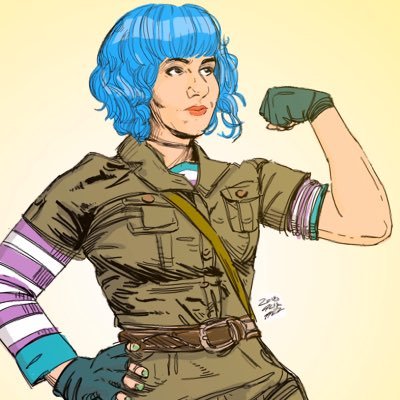 I’m sure this will be an accurate and unbiased account of the situation. 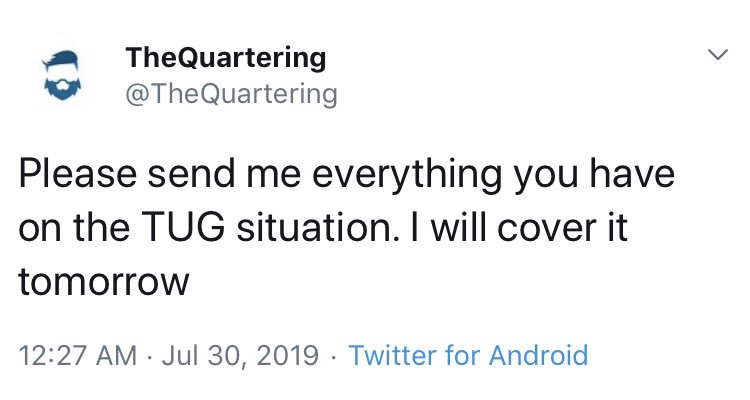 Here’s a list of things TUG and Ashley have accused me of that are flat out lies. If a youtuber presents any of these as fact, they have done zero research.
-Doxxing a GoFundMe donor
-Swatting Pete Simeti
-Swatting Edwin Boyette
-Calling CPS on TUG
-Threatening TUG’s child

Almost every one of these fabrications coincides with some kind of fundraising effort on TUG’s behalf or a dip in his youtube metrics. I have received death threats as a result of these lies, which I can actually prove.

Forgot one—TUG also pretended that someone called his work and tried to have him fired last year. Never provided any evidence it actually happened, but did tell everyone he somehow knows the call came from Texas. 🙄

TUG announced his name to the world when he had a meltdown over someone talking about the actor Matt Lewis.

But even if you disregard that, here's Ethan Van Sciver pointing out that TUG’s name was visible on his YouTube page until recently.

On a related note, here's the same Ethan Van Sciver tweeting out my full name and saying it's fair game because he found it on a screenshot of an Amazon listing I posted years ago. 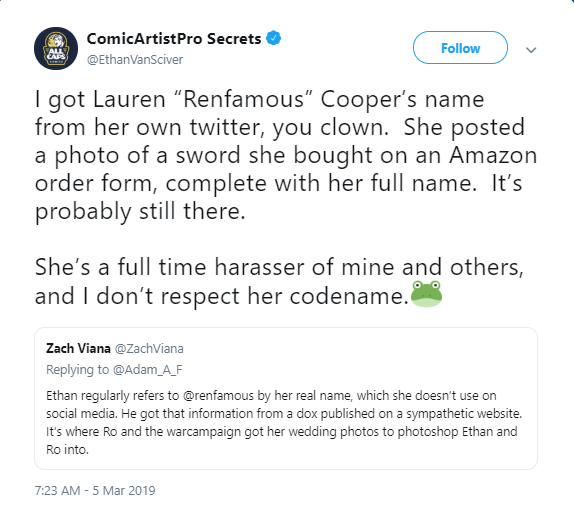 .@escapepan4two/@escape13406/@Cat840167813406 is a comicsgate supporter who goes by Lola. She's spent a year posting my personal information, making fun of my appearance and attacking my family. Her current twitter handle is a mashup of my mom's name/address/phone number. 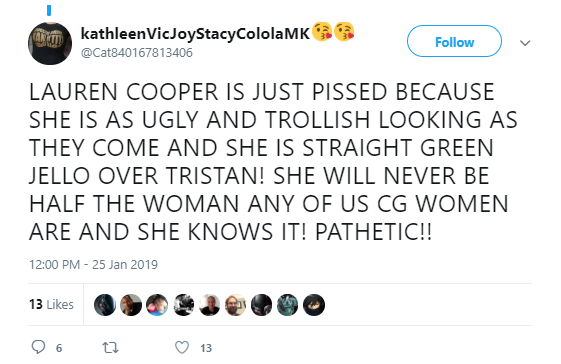 Lola has not been subtle. She’s posted my full name, screenshots of my Facebook, the whole nine yards. 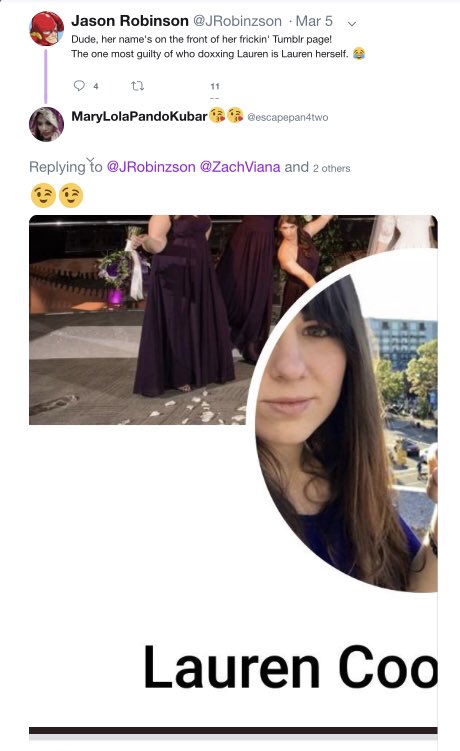 Lola has justified this by referencing the Amazon screenshot (despite Ethan finding it AFTER she posted my info) and saying that she found my details on social media, which is public and therefore fair game. 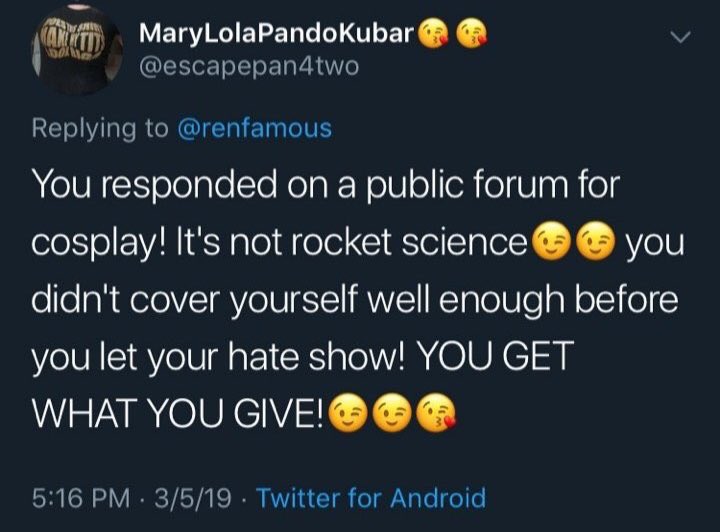 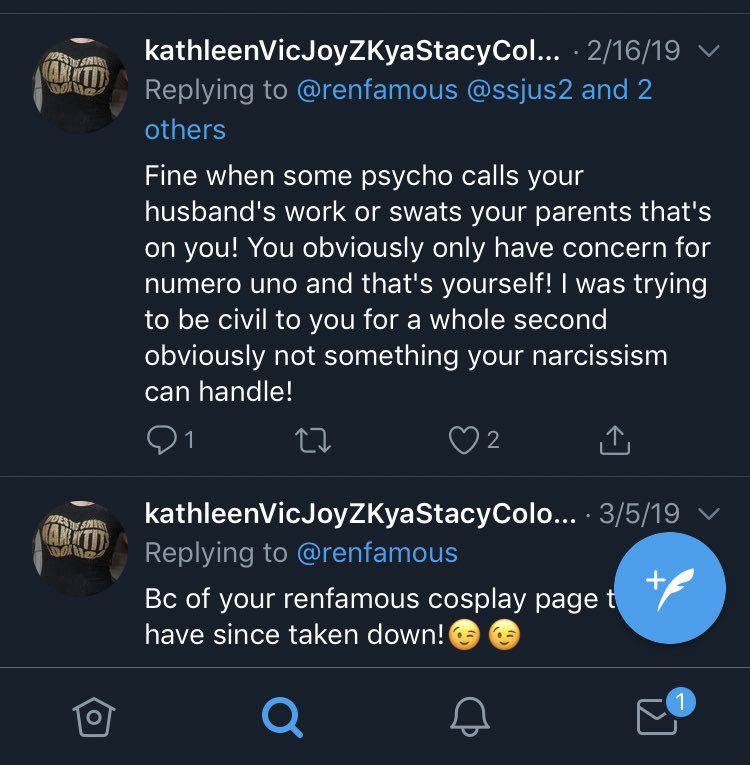 Lola's real name is Ashley Lewis. I know this because she posted it on Twitter. She also posted a photo of her child, which I've blocked out because unlike Ashley I am not a gigantic asshole. 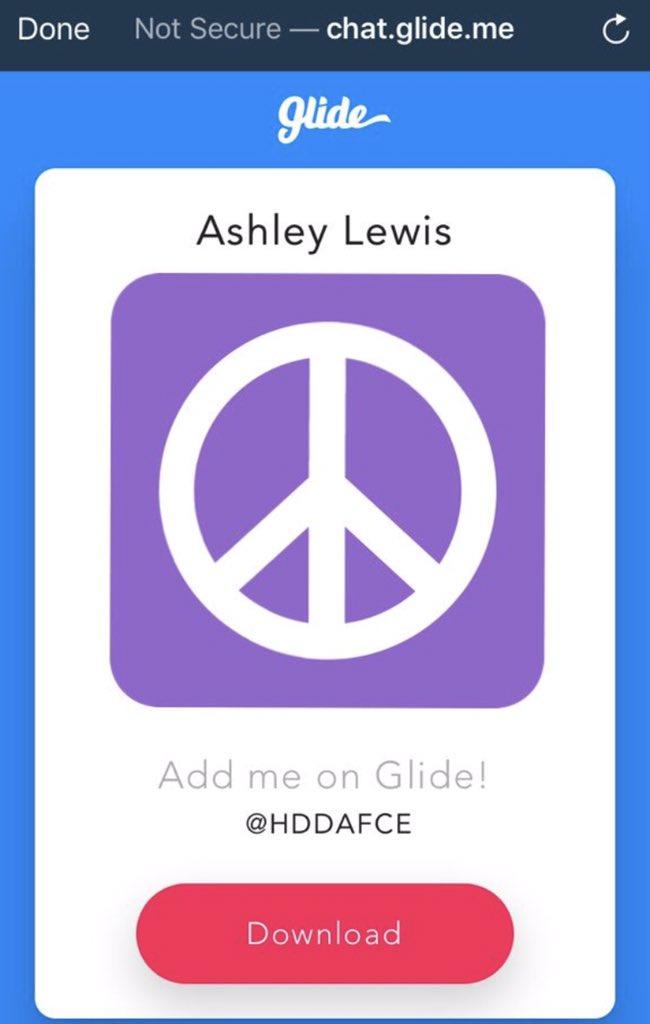 I've suspected that Lola/Ashley was TUG's wife for a while now, but I did not know it for sure until a few days ago when I posted a public facebook photo of Ashley in response to her posting my mother's home address and TUG freaked out about me "doxxing his wife".

Anyway, this thread is here as a reference for the shitstorm I know is coming as a result of a bunch of YouTubers lying about the situation for clicks.