Background on the lawsuit, via @CourthouseNews. 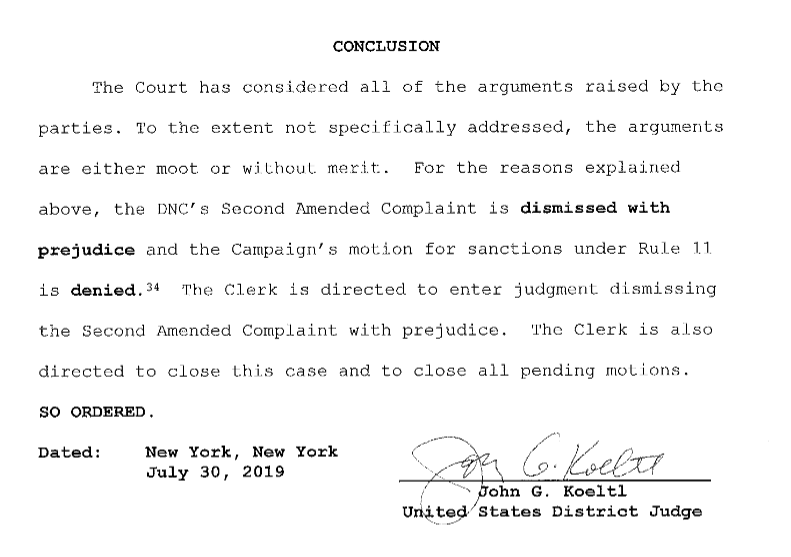 Judge Koeltl says the "primary wrongdoer" in the hacking was Russia, which he said is immune under the FSIA.

Here was the link to the background on the filing of the suit:  https://www.courthousenews.com/dnc-suit-accuses-trump-russia-assange-of-blockbuster-conspiracy/ … 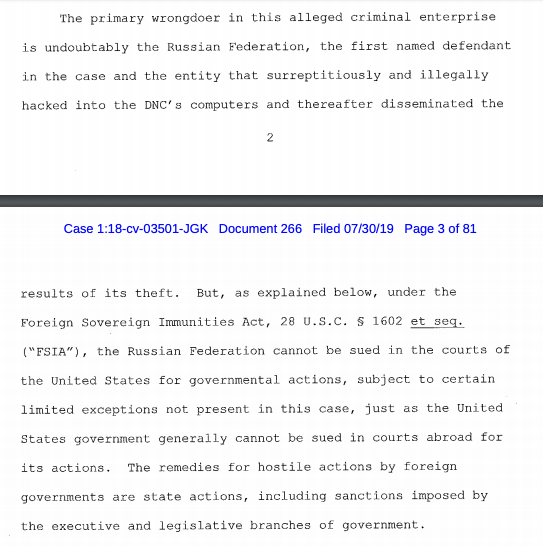 As for the "second-level participants" in the alleged racketeering scheme, Koeltl says that they are shielded by the First Amendment from liability related to disseminating the stolen emails. 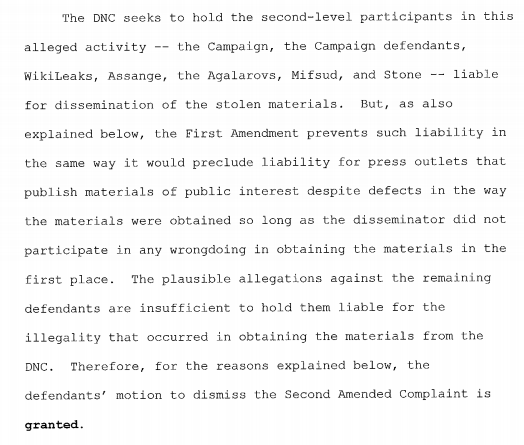 Story in a bit.

Judge Koeltl, a Clinton appointee, cited the Pentagon Papers case in finding that there could not be liability for the publication of stolen materials.

"If @WikiLeaks could be held liable for publishing documents concerning the DNC’s political financial and voter-engagement strategies simply because the DNC labels them 'secret' and trade secrets, then so could any newspaper or other media outlet."

-Judge Koeltl on 1A concerns 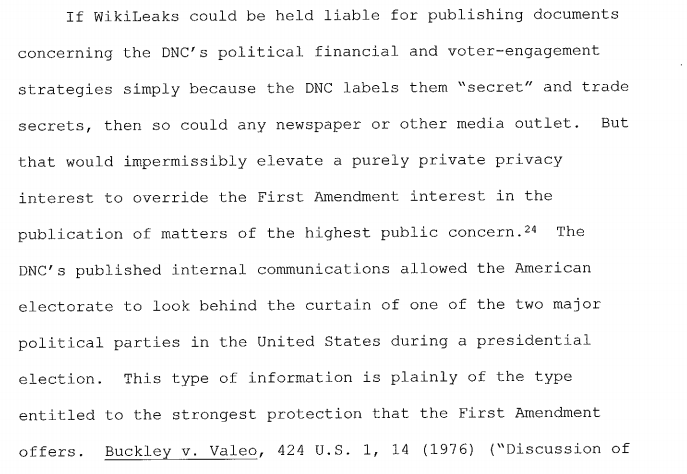 DEVELOPING story for @CourthouseNews on the ruling dismissing the DNC's suit. Still awaiting comment from many of the parties, and a new update is in the editing queue.

Story will be updated soon. 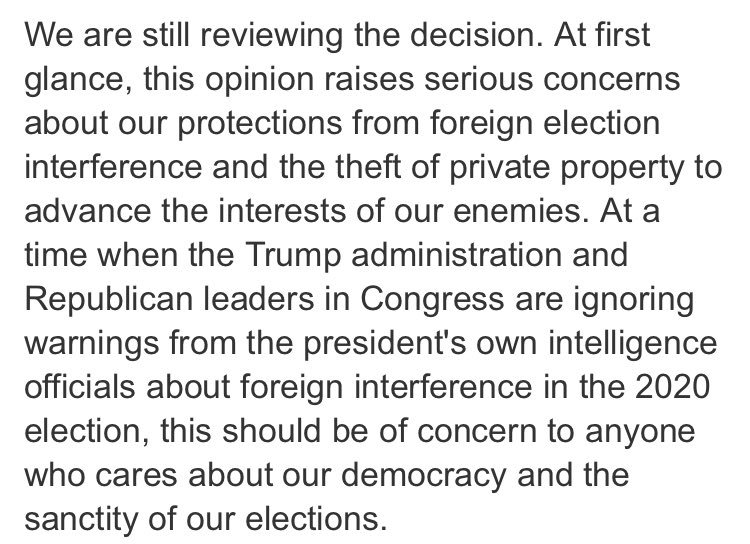 This statement from Trump is misleading. 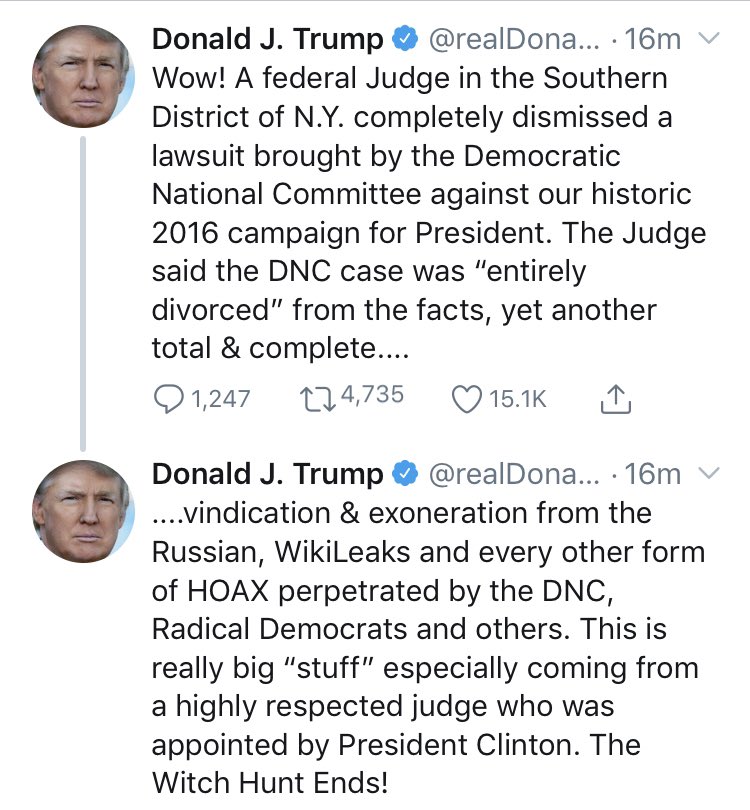 The distinction is subtle but important.

Judges don’t decide the facts on a motion to dismiss. They rule on whether the allegations represent a plausible claim.