I can't get over this. It's horrible on so many levels.

What was @jonathanweisman, a Deputy Editor at the New York Times, doing when John Lewis was being beaten, imprisoned, and threatened in the Deep South? 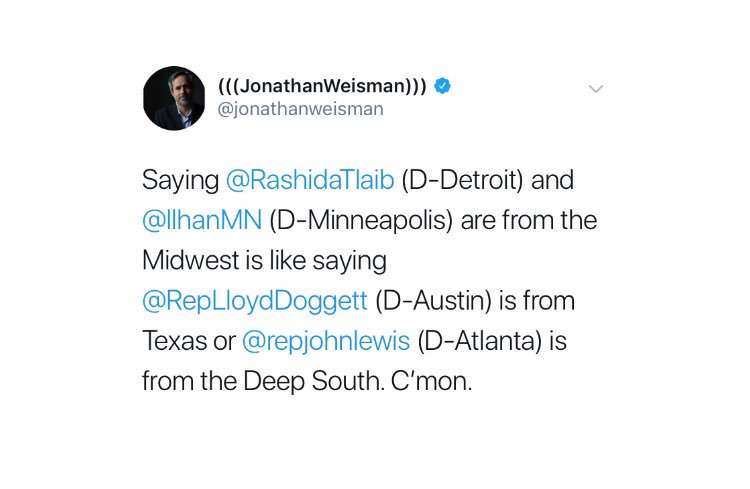 2. @jonathanweisman is a major problem for the New York Times. He has a history of tweeting stunningly inappropriate things. 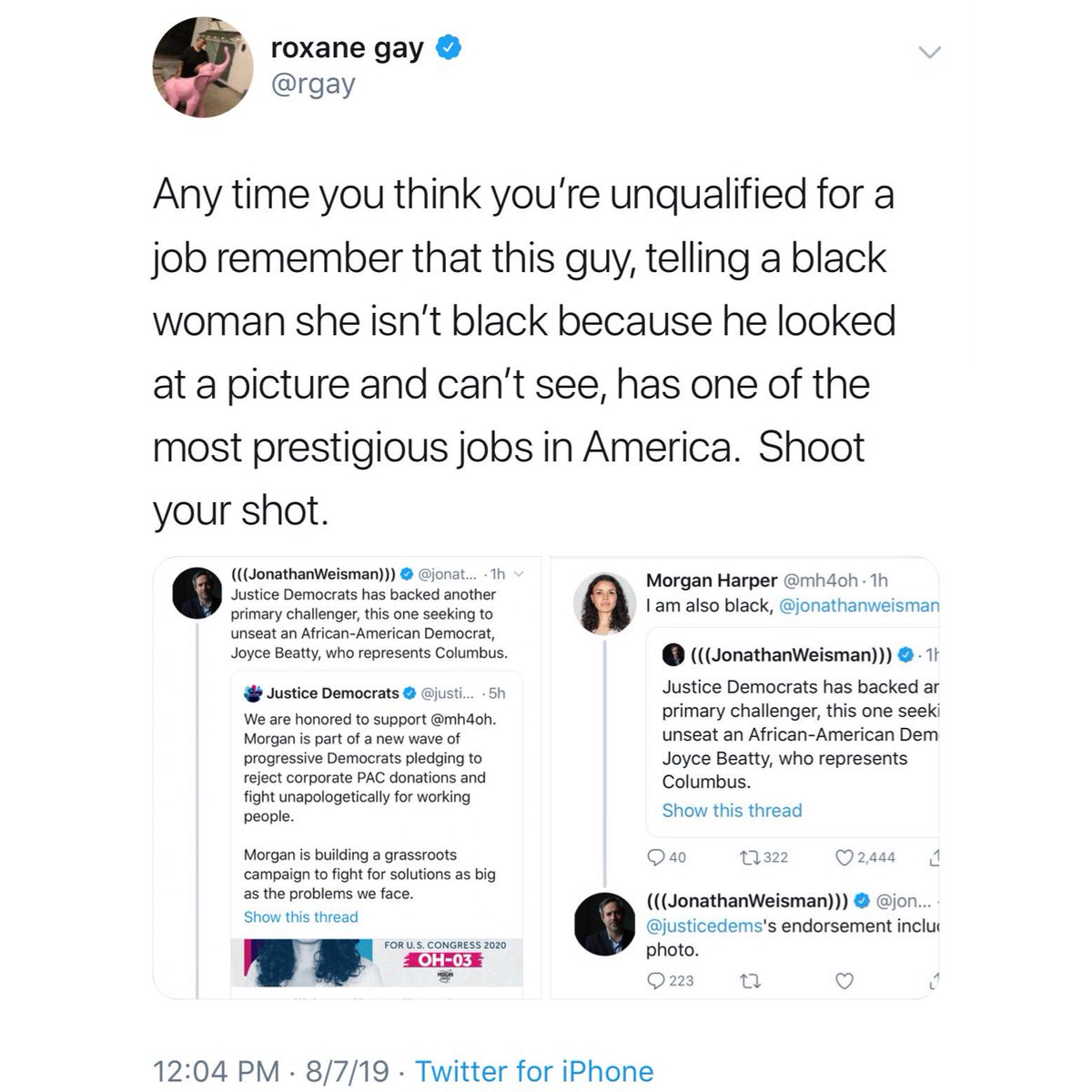 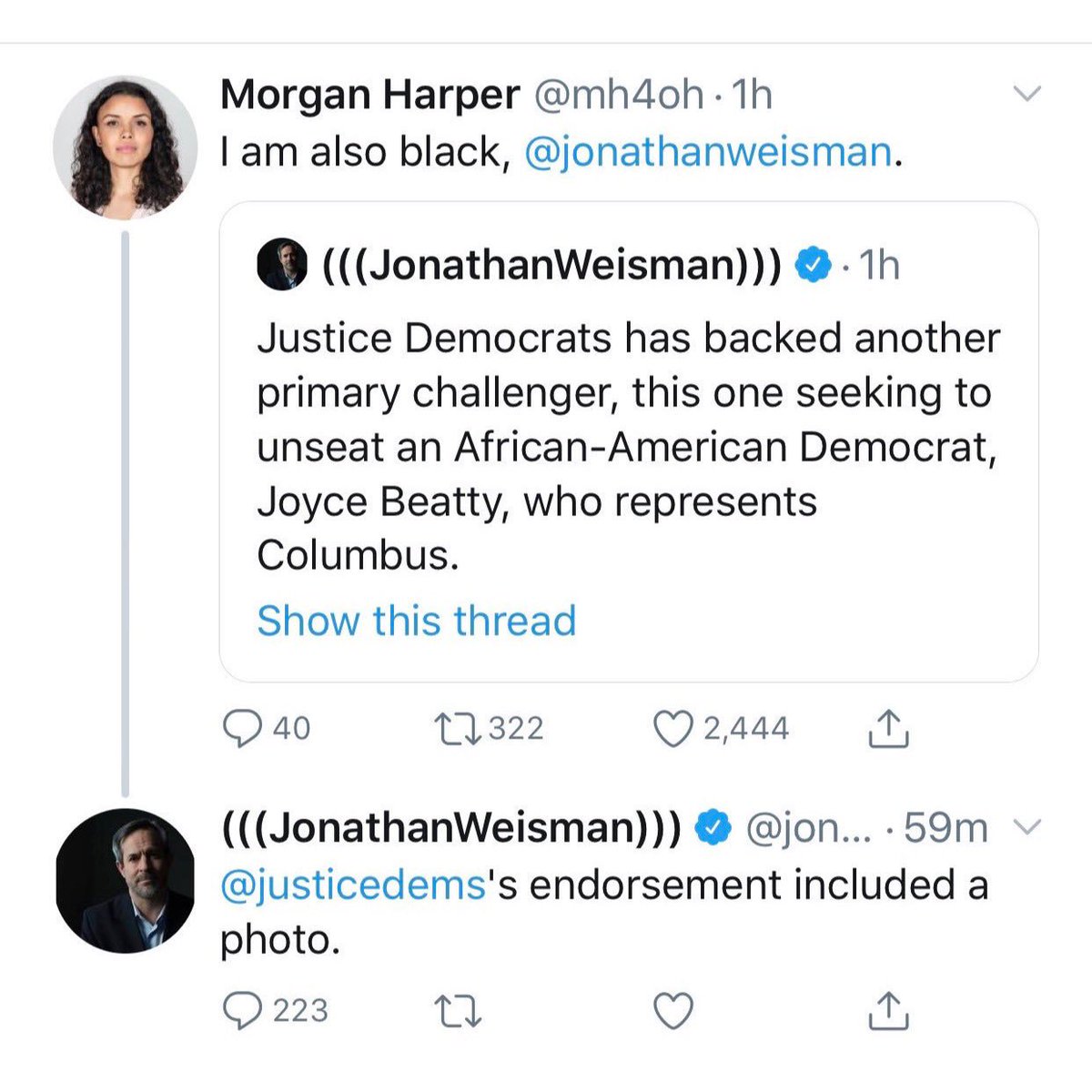 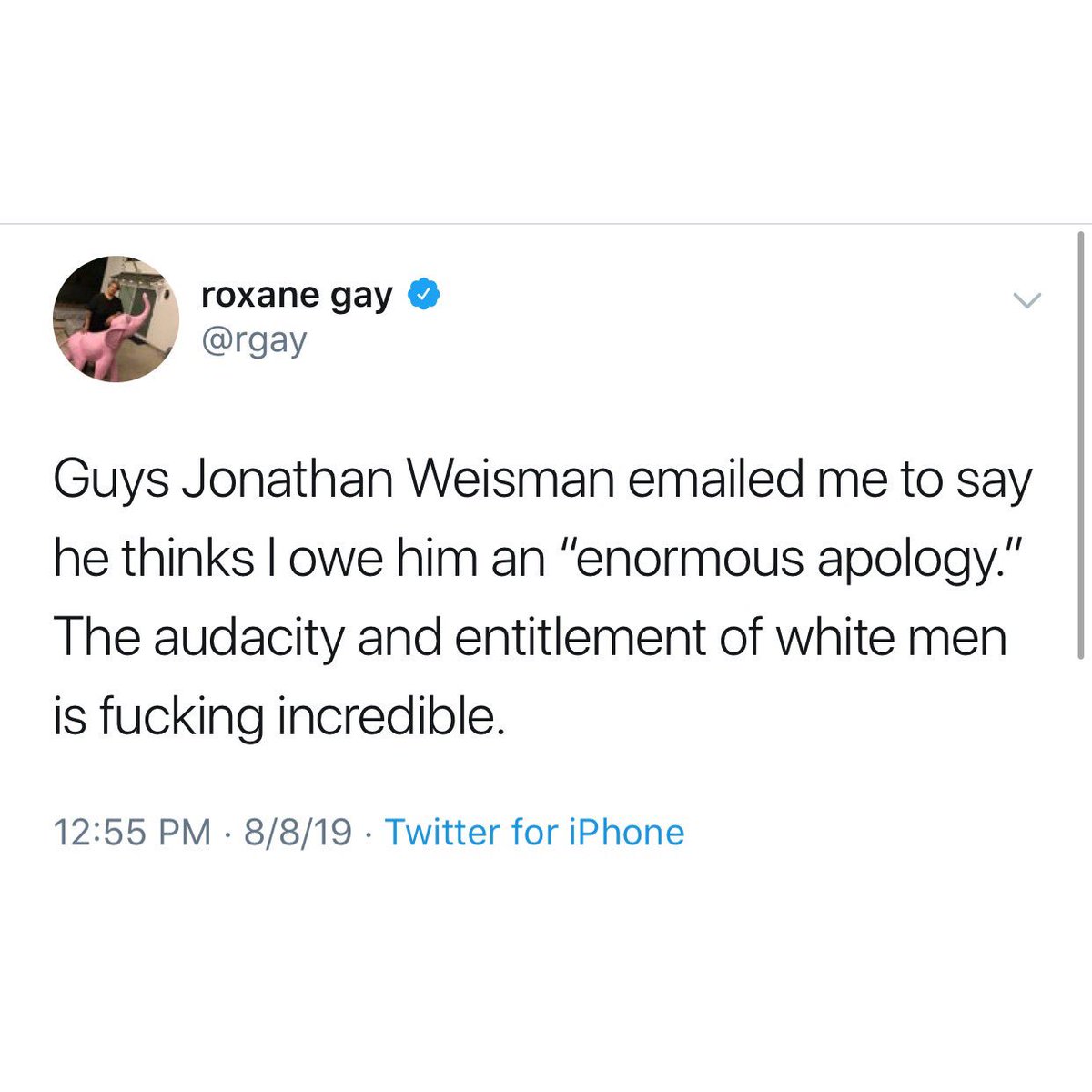 3. In response to a request for comment, an NYT spokesperson sent me this statement re @jonathanweisman’s tweets & emails to Roxane Gay:

“Jonathan has repeatedly displayed poor judgment on social media and in responding to criticism. We’re closely examining what to do about it”

4. Per Roxane Gay, in addition to emailing her and her assistant demanding an apology, Jonathan Weisman also emailed her publisher.

6. I'm told that Dean Baquet, the executive editor of the New York Times, will be holding a town hall with NYT employees on Monday.