China was the first place to signal to me that the world had gone from reflation to disinflation back in Spring 2018, asset after asset followed suit thereafter. China bounced somewhat this year but it now rolling over... 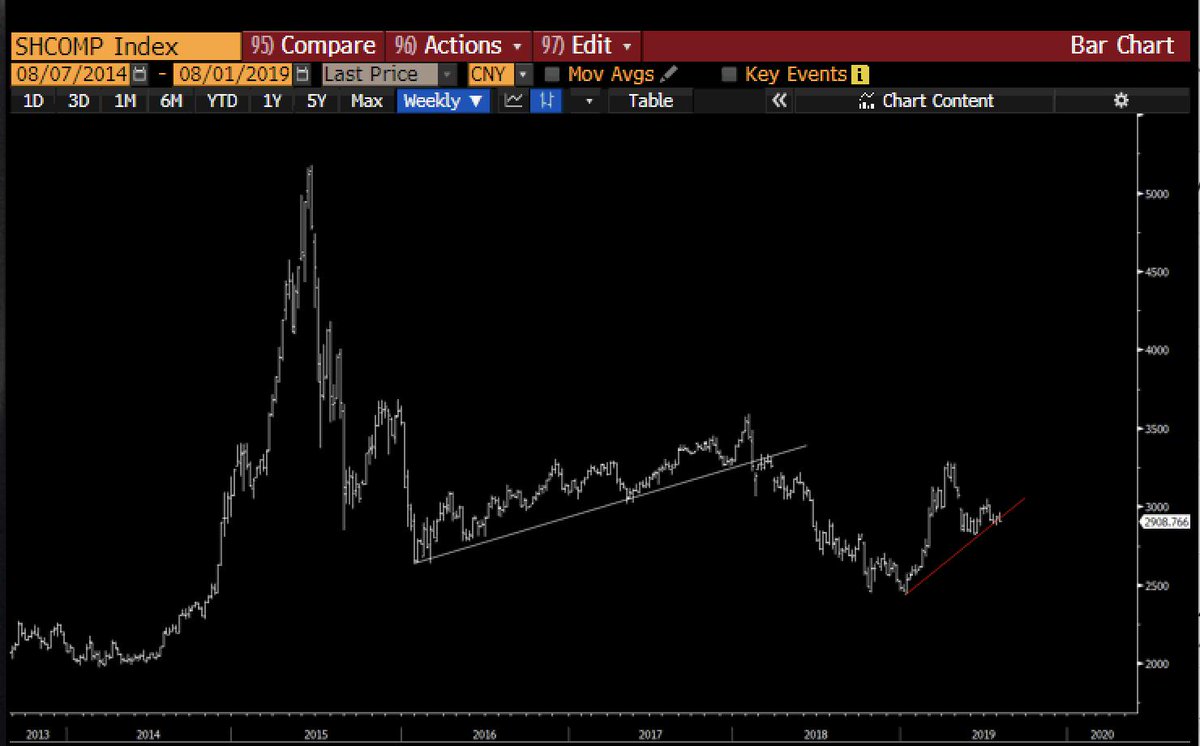 The Shanghai Comp has formed a smaller degree GMI Crash Pattern (a dramatic sounding failed rally) and will confirm on any prices lower than here. It would suggest that the market backdrop is again moving from benign to more risk averse. 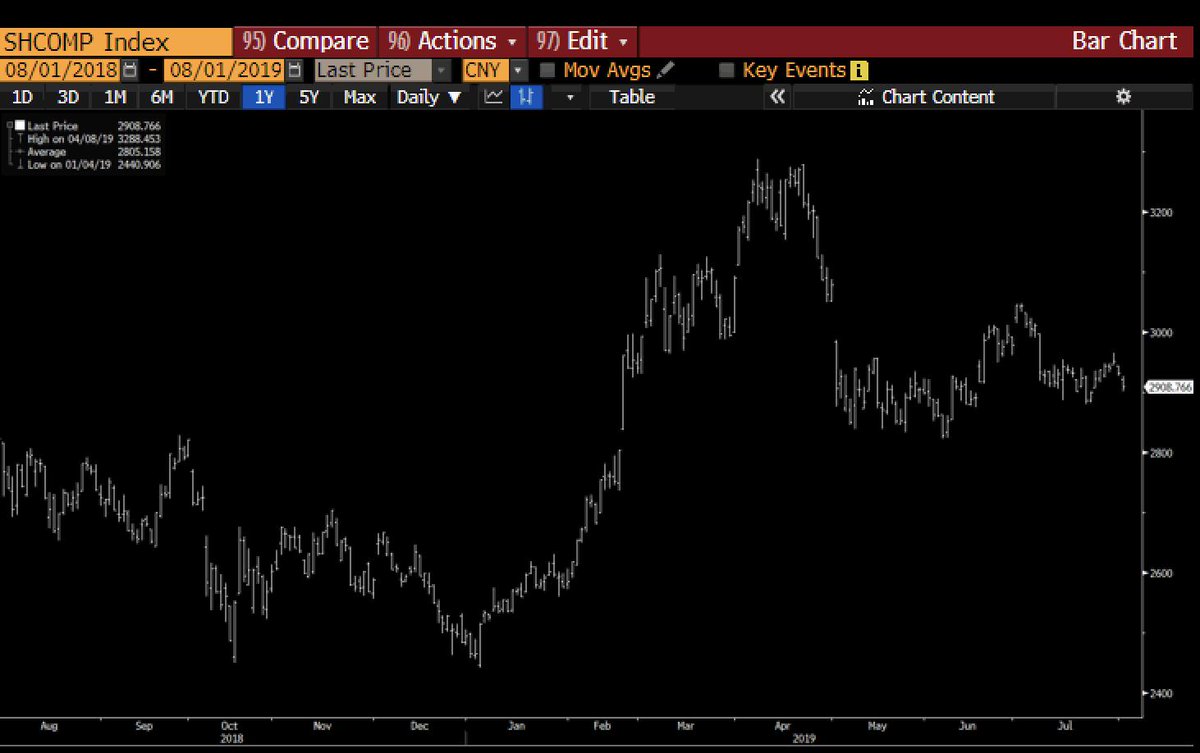 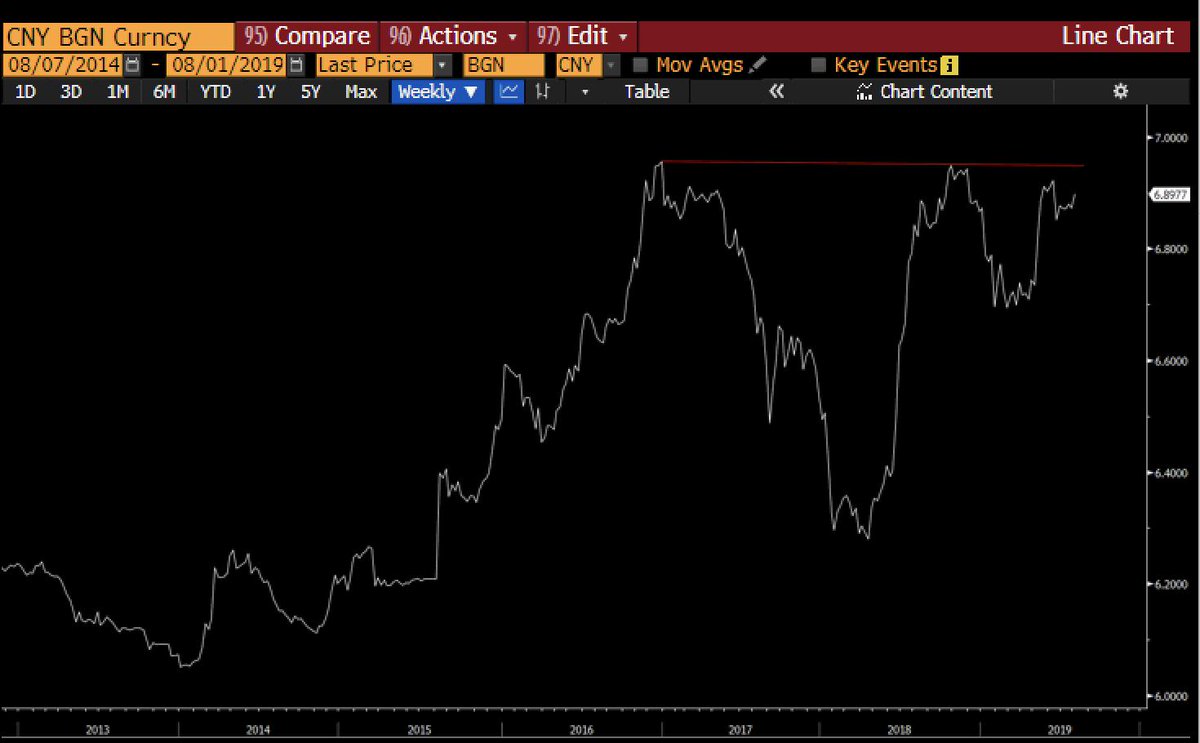 And that would be consistent with commodity prices deflating from the demand shock and the dollar translation effects. The CRB Index is very close to its CLIFF of DEATH... and a larger deflationary rise in the dollar would knock the CRB off the cliff... 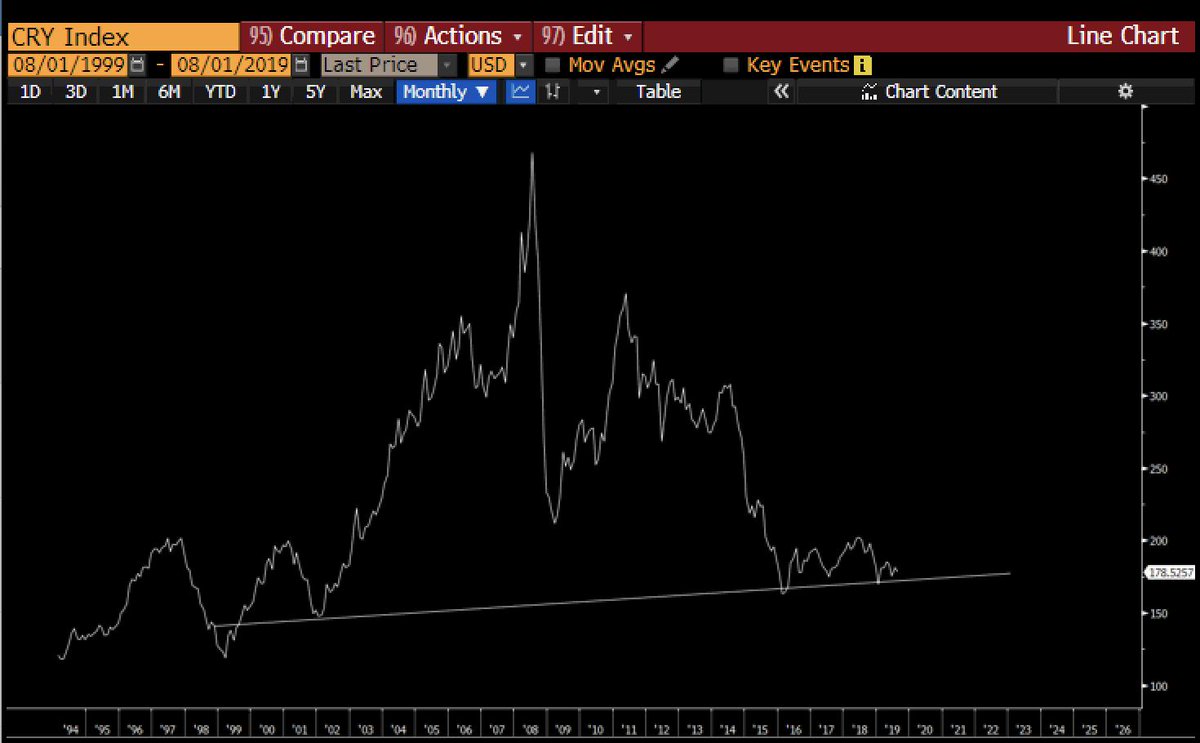 Copper is probably the most likely to be the first of the commodity complex to break down... it's very close (a perfect head and shoulders top too) 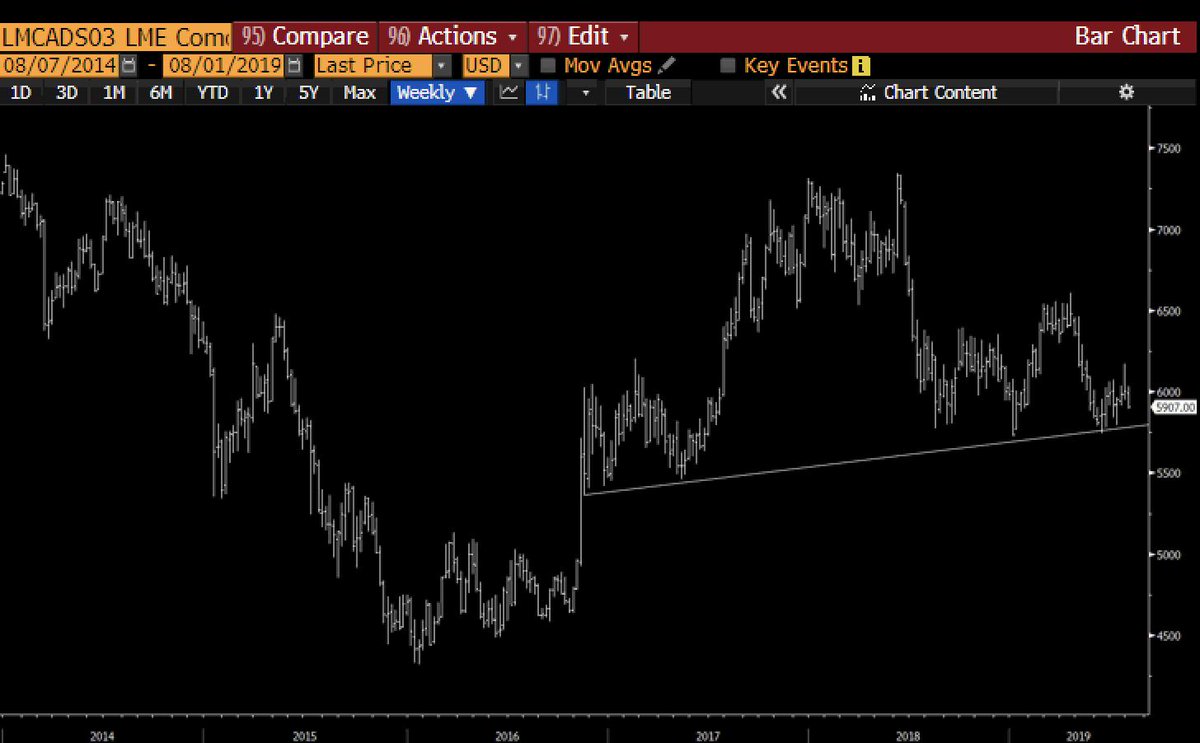 And oil is potentially not far behind... 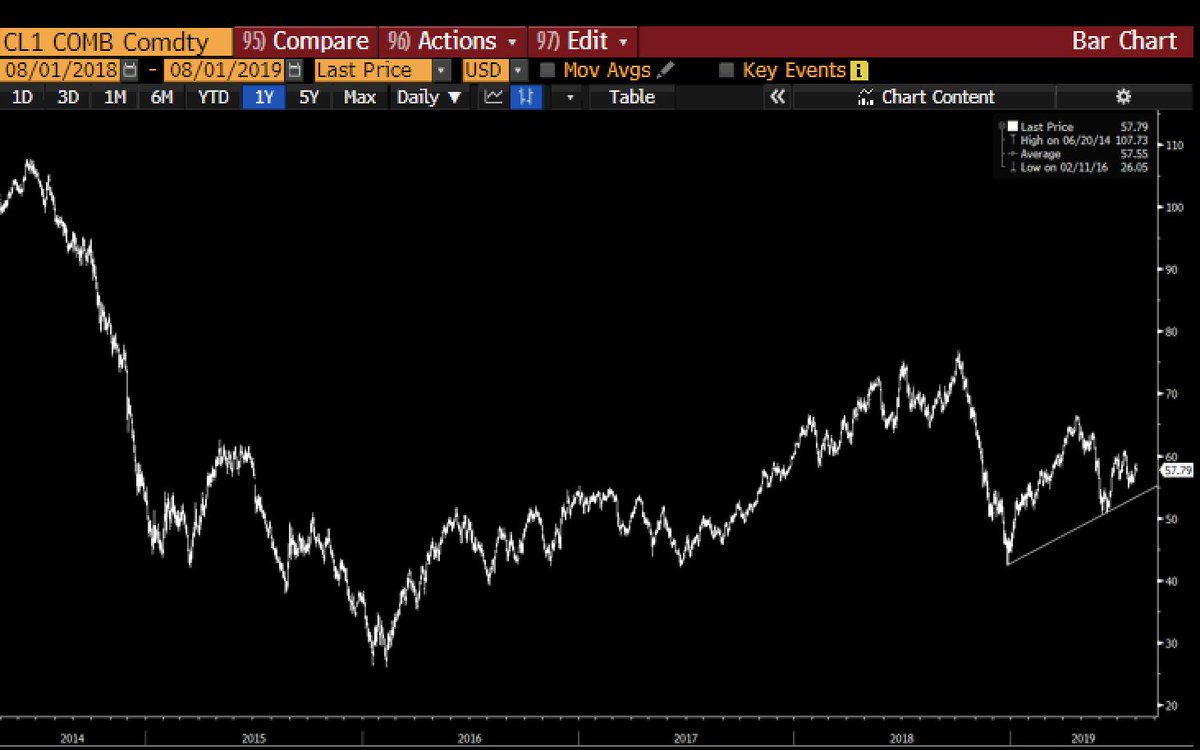 The World PMI is now in contraction too.... and by the look at the recent releases is going to accelerate its rate of decline... 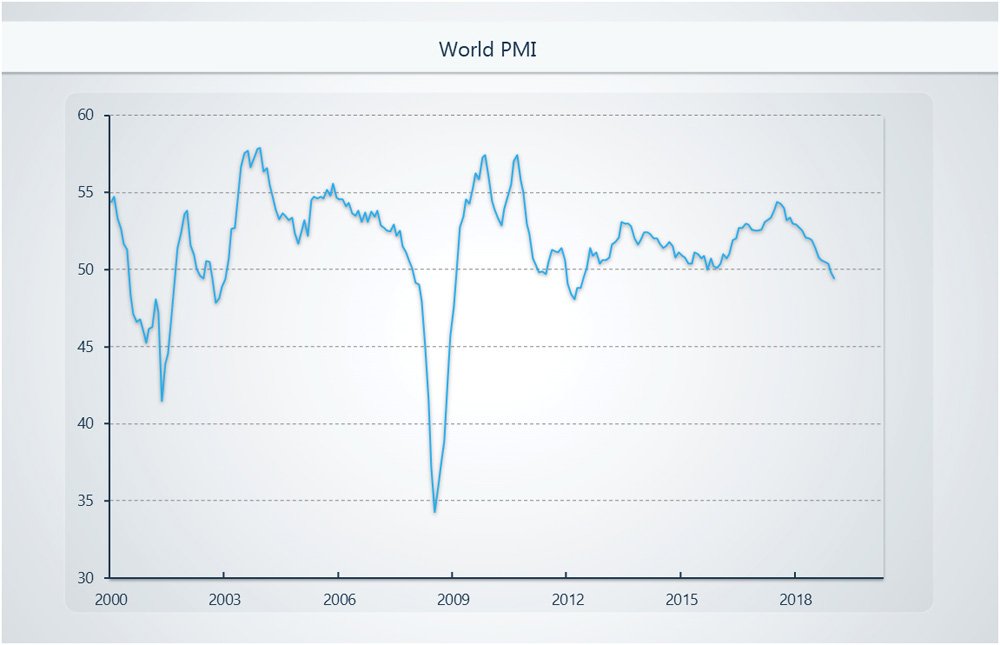 And those deflationary trends are one of the many reasons I want to own even more US Dollars... the Bloomberg DXY is breaking... it is literally a text book wedge. 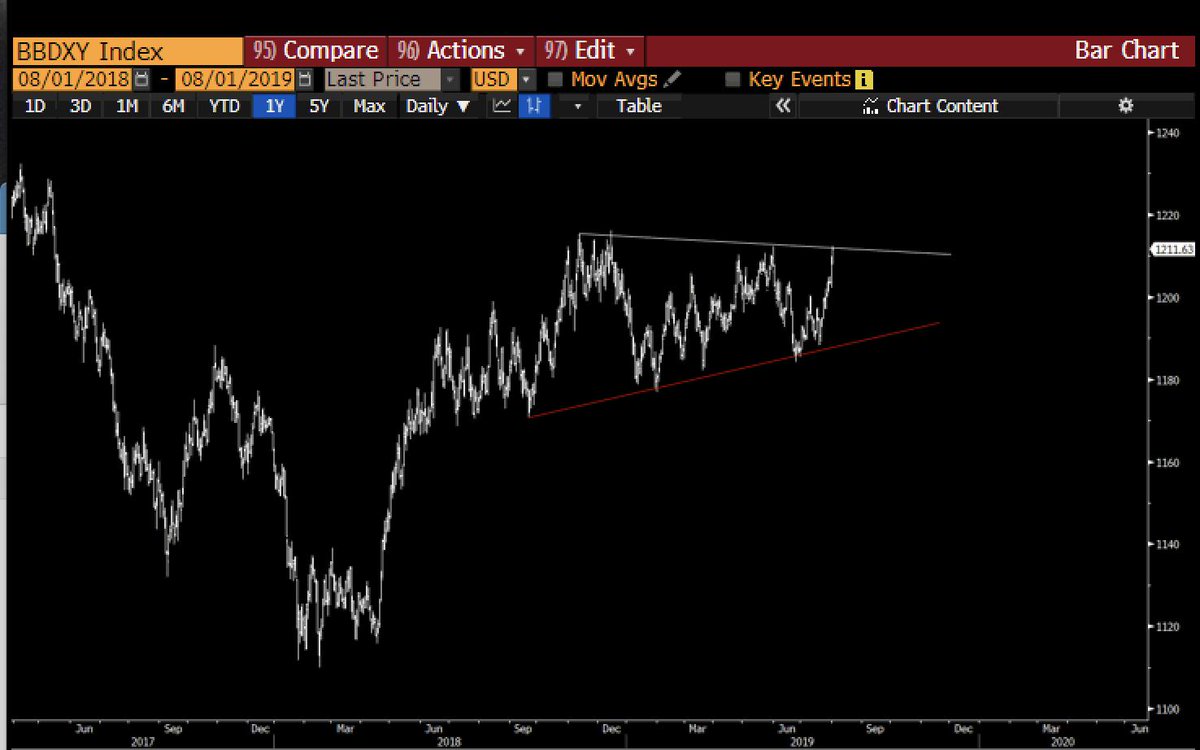 And that deflationary pulse makes me frothing at the mouth bullish Eurodollar interest rate futures... right now I LOVE Dec 2020and/or 2021. The correction is done. 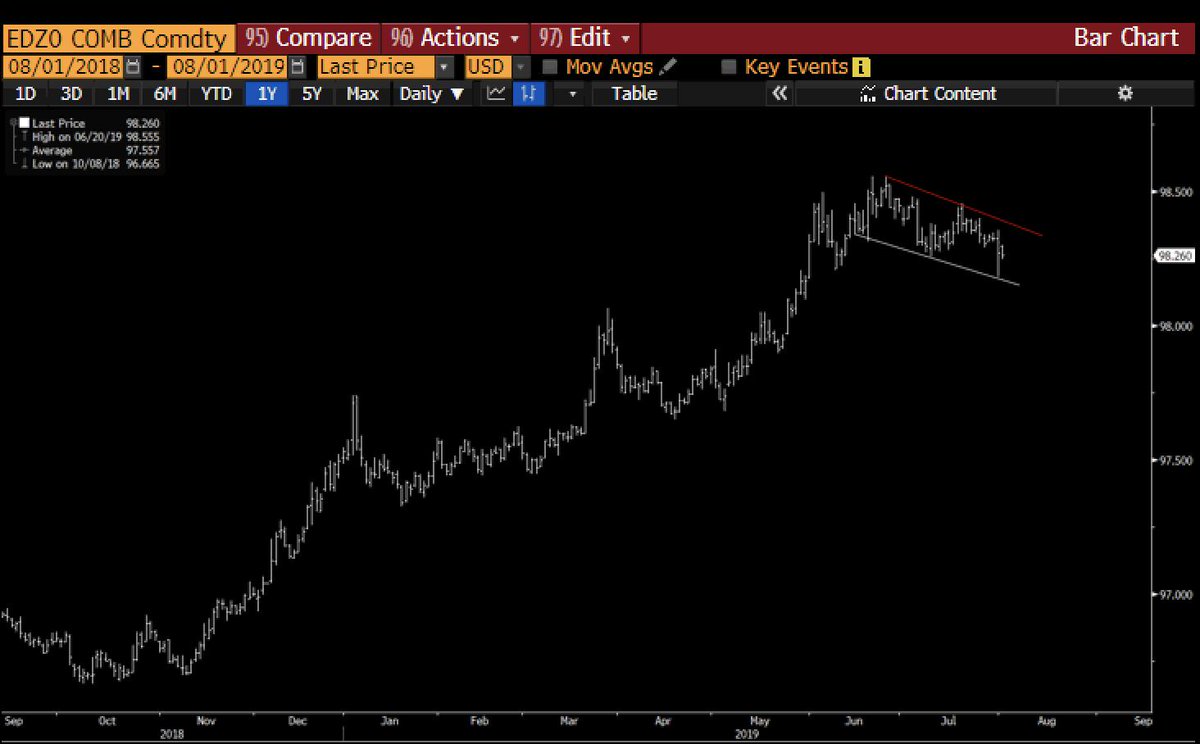 But Gold will probably correct for a good while now (the dollar is too strong for golf in $ terms to go up)... and re-test the break out. But gold is outperforming almost every other currency in the world right now. 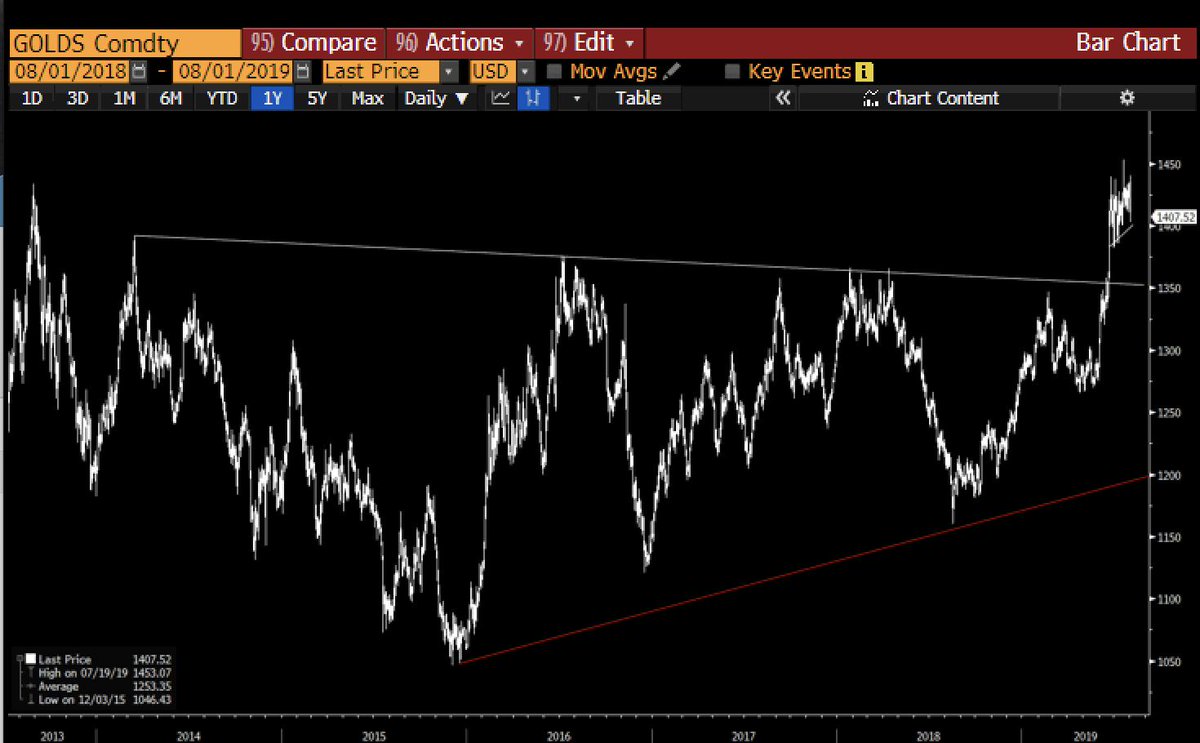 Bitcoin is part of this whole macro equation for me and is ready to soon start completing the wedge pattern for the next break higher... this is a good point to accumulate more. 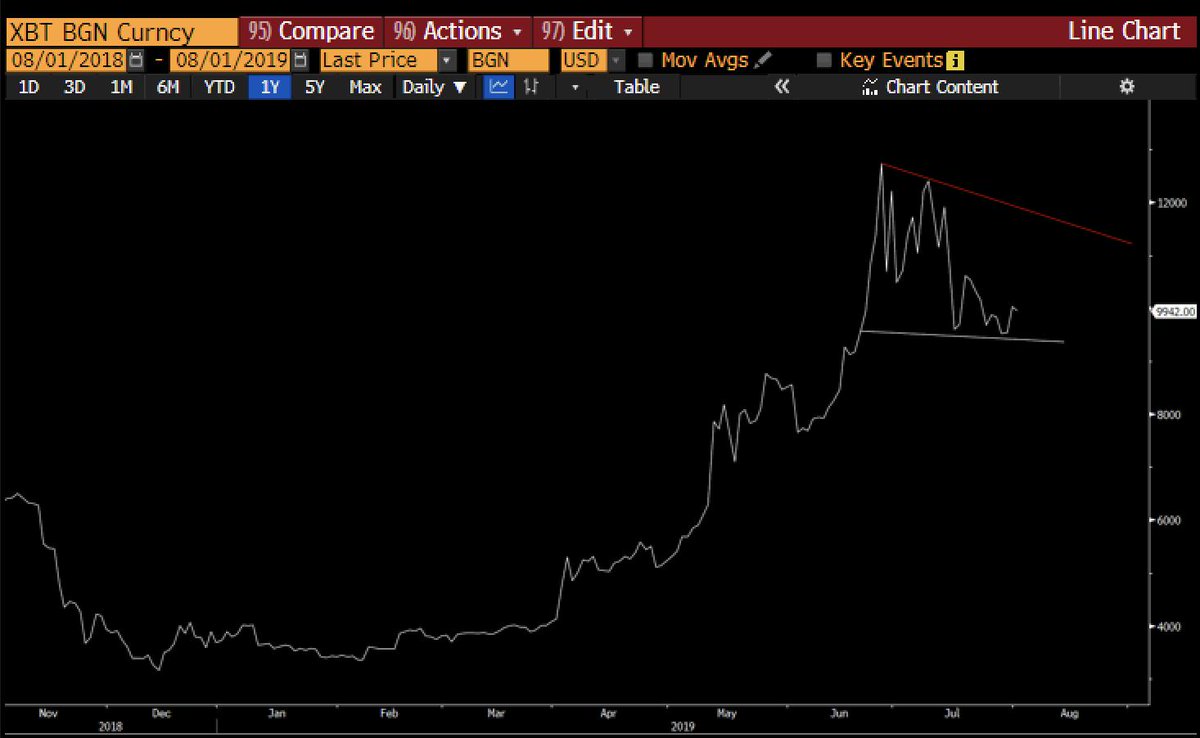 Pay Attention! It's an extremely interesting time for Global Macro. There is a "shit ton"* going on and we need to focus.