NEW: The Second Circuit comes out against a "two-tiered bail system" allowing wealthy defendants to fund their own bespoke, pre-trial jails, in the case of an accused money launderer. 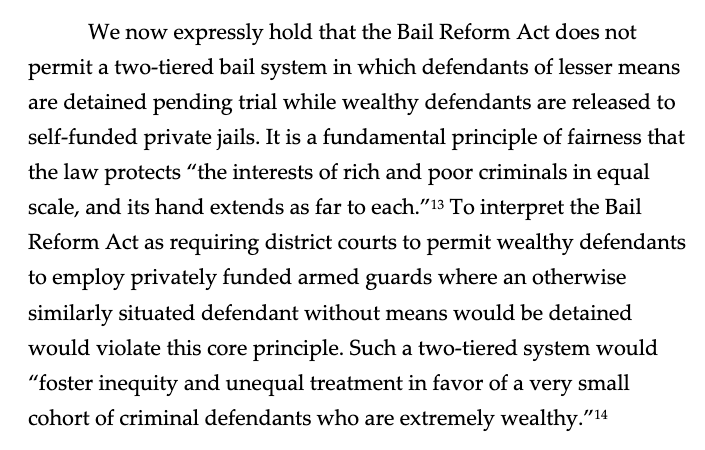 Notable: This ruling cites the Zarrab bail denial by Judge Berman, who is presiding over Epstein's case.

Even beyond the Epstein case, this is a big deal. Wealthy defendants have funded their private pre-trial jails for a long time in multiple cases.

No longer, where the Second Circuit has jurisdiction.

Quick caveat: The decision does not necessarily abolish wealthy defendants from pre-trial release in their secured homes, but narrows the circumstances when this can be done.

The ability to fund armed guards no longer gets a defendant bail.

ICYMI: My story on today’s Second Circuit ruling, which strikes a blow against the “two-tiered bail system“ that Epstein hoped would give him a chance to await trial inside his $77 million Upper East Side mansion.