Retiring #TX23 Rep. Will Hurd is also one of many Republicans who owes his entire congressional career to gerrymandering, having barely won in 2014, 2016, & 2018 thanks to a racial gerrymander that SCOTUS let the GOP get away with

Texas could be a bloodbath for Republicans in 2020. Democrats could flip several more House seats, there's a 2020 Senate election, four critical state Supreme Court elections, & Democrats could flip the state House in time to stop a post-2020 GOP congressional gerrymander

Expanding on the second tweet in this thread, GOP Rep. Will Hurd never would have won #TX23 to begin with absent the GOP's racial gerrymandering. Under a nonpartisan map like this one, higher Latino voting power makes #TX23 considerably more Democratic  https://www.dailykos.com/stories/2017/7/10/1677746/-Texas-GOP-congressional-gerrymander-goes-on-trial-in-July-Here-s-how-a-nonpartisan-map-might-look … 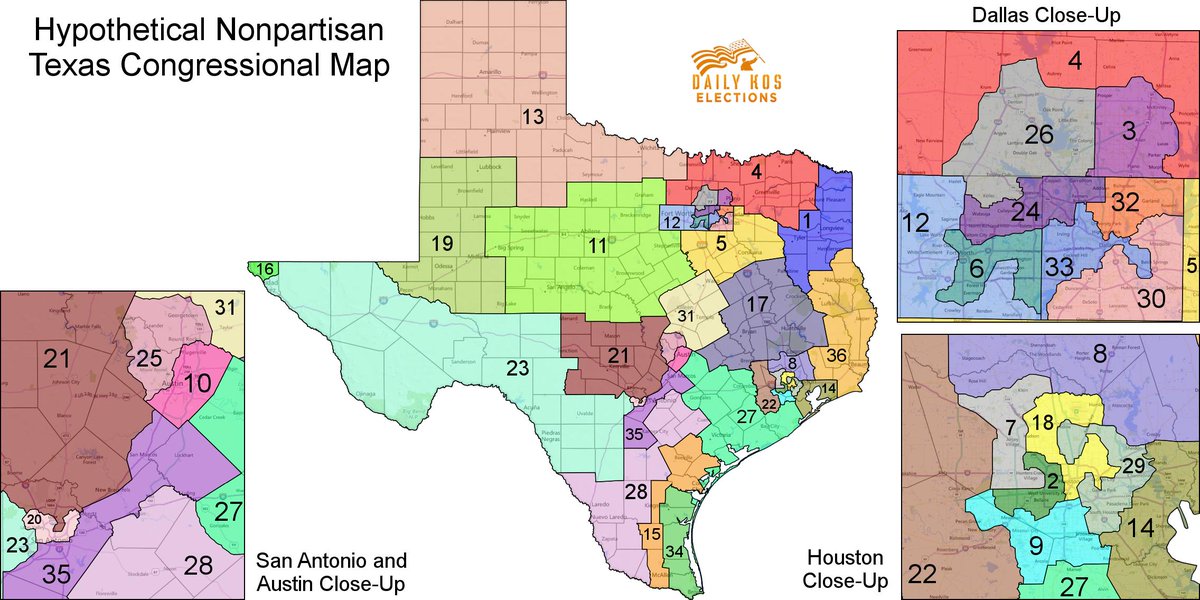 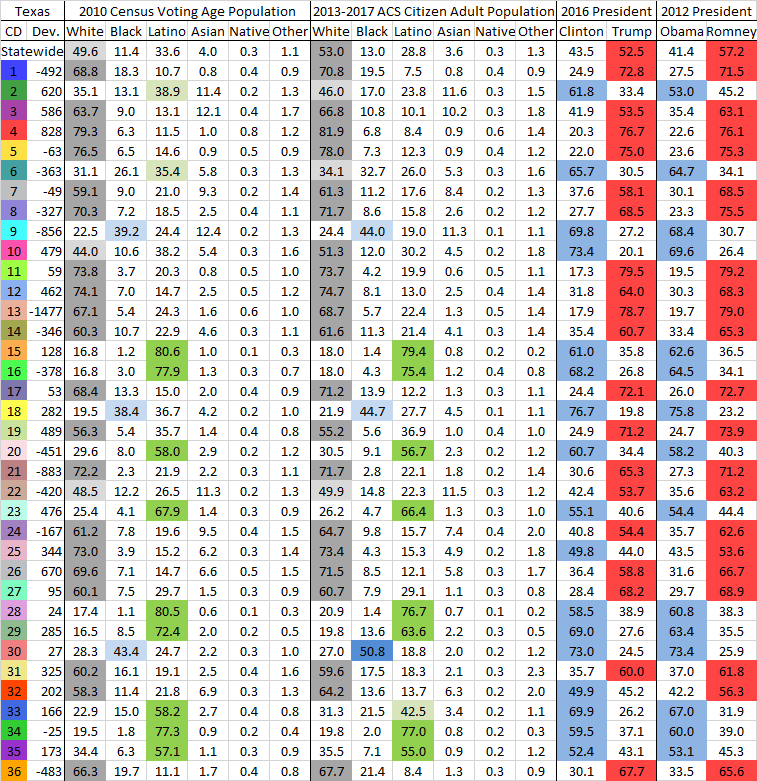 With Texas GOP Reps. Will Hurd & Pete Olson both shockingly announcing their retirements within about the last week, 2 of the last 4 House Republicans who represent districts where a majority of eligible voters are people of color are calling it quits  https://docs.google.com/spreadsheets/d/1GNRnHy677PD8Je6Rp3evaJ5ty5MbCIDIAkSJVJ3ax2c/edit?usp=sharing …

The remaining two Republicans who represent districts where people of color are a majority of eligible voters are #FL25's Mario Diaz-Balart & #TX27's Michael Cloud (although the latter's district likely has a white majority among actual voters)  https://drive.google.com/file/d/0BxeOfQQnUr_geTFNVHQ2U3ZzWDA/edit …

95% of House Republicans are white, & 89% are white men. With retirements like Will Hurd, the only black House Republican, that's unlikely to change in 2020. Meanwhile, House Dems are just 36% white men  https://www.dailykos.com/stories/2019/1/3/1823259/-Daily-Kos-Elections-presents-our-comprehensive-guide-to-the-116th-Congress-complete-with-many-maps …