Eric Garland+ Your Authors @ericgarland Intelligence analyst and advisor to CEOs and governments. I break down global events into clear narratives and appropriate profanity. Aug. 02, 2019 2 min read + Your Authors

1. When it's your first criminal offense and you get nearly the full sentence, you done F'd up, son.

2. Nobody in STL doesn't love the Zoo. Being anti-Zoo would be perceived as insane. 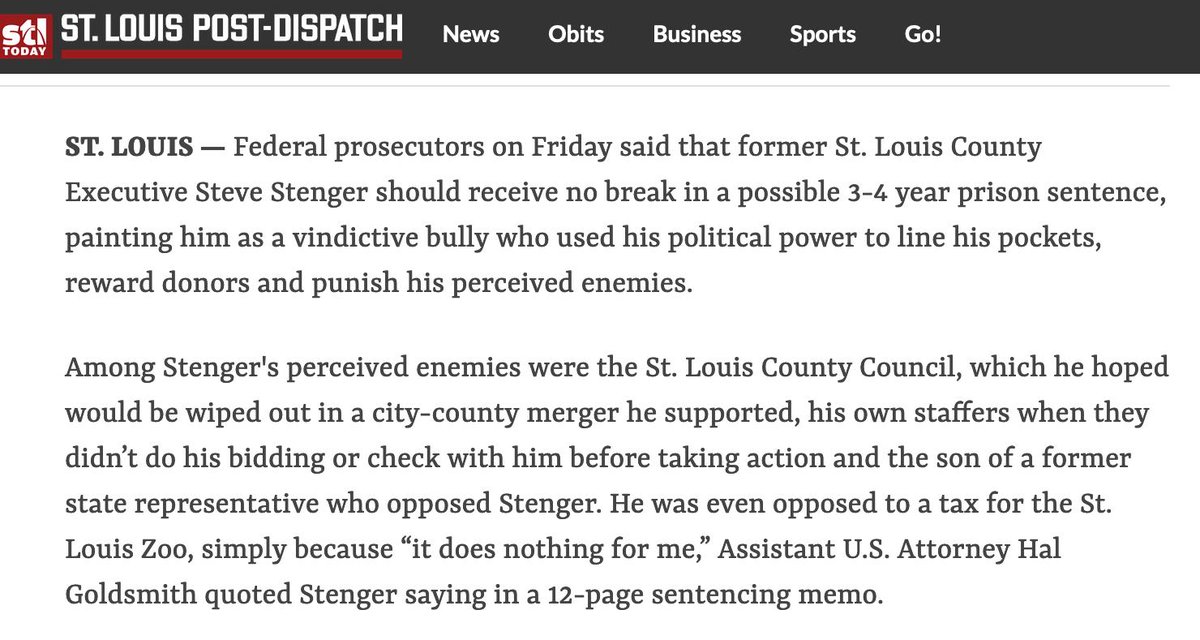 Ah, so Stenger was handing out jobs to billionaire Rex Sinquefield's cronies - who single-handedly returned to STL to take over the political scene to who thinks public schools ruined America.

So Stenger has been bribed by guys who build Vegas casinos and this billionaire. Hmm...

Bragging about be paid by the public and not doing your job. When captured on Title III intercepts, wow, awkward.

Nothing says "responsible leader for 1,000,000 citizens like not showing up to the office and coming in wearing shorts to play video games. Surely it can't get worse. 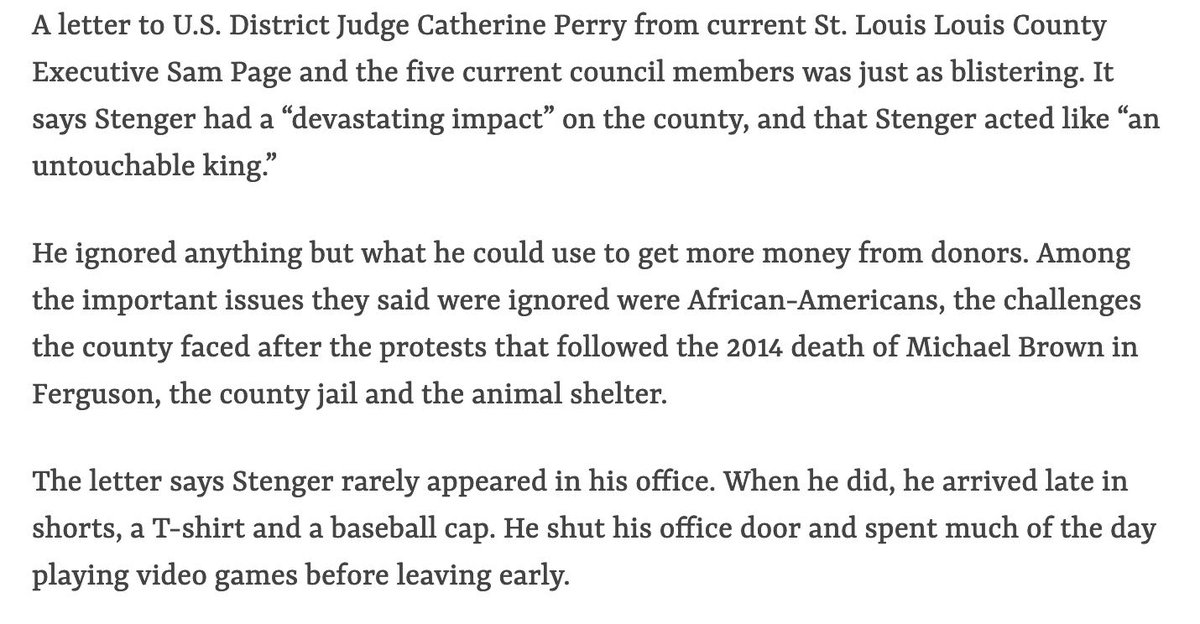 Oops, it got worse: he's a Mobster-supporting lout who lets his donors sexually harass his employees and scared off non-corrupt vendors. 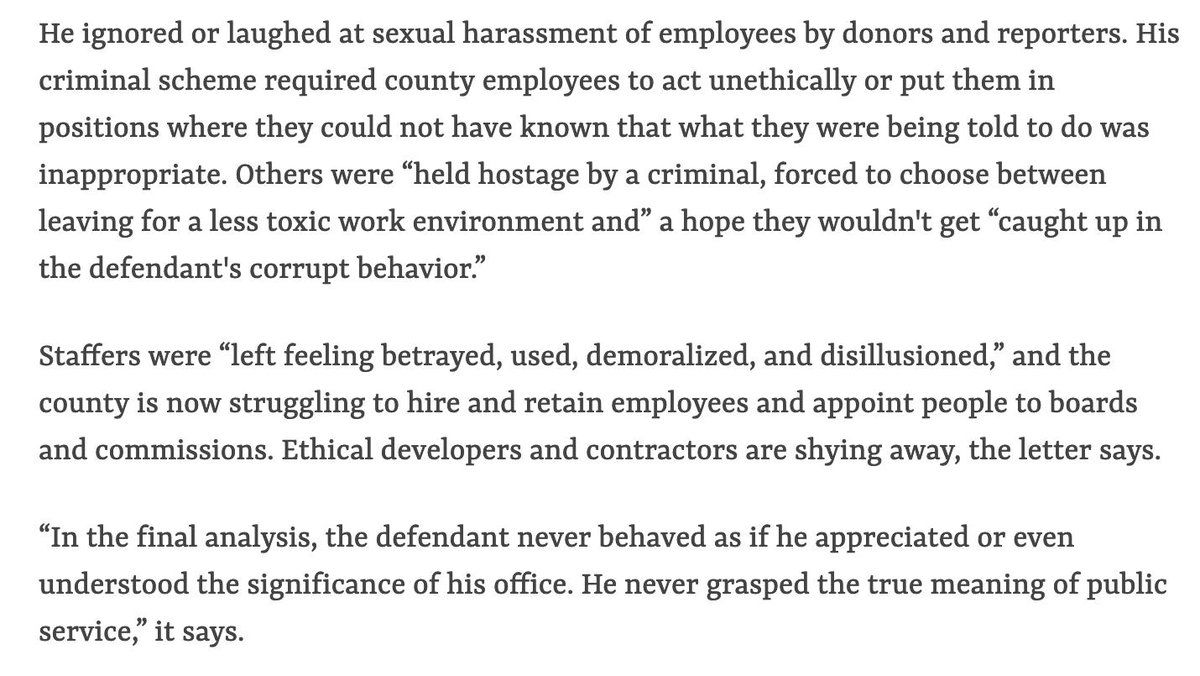 NOW, ONTO THE FEDS' SENTENCING MEMO!

Yo, this guy is a piece of work. Put him in the slammer. 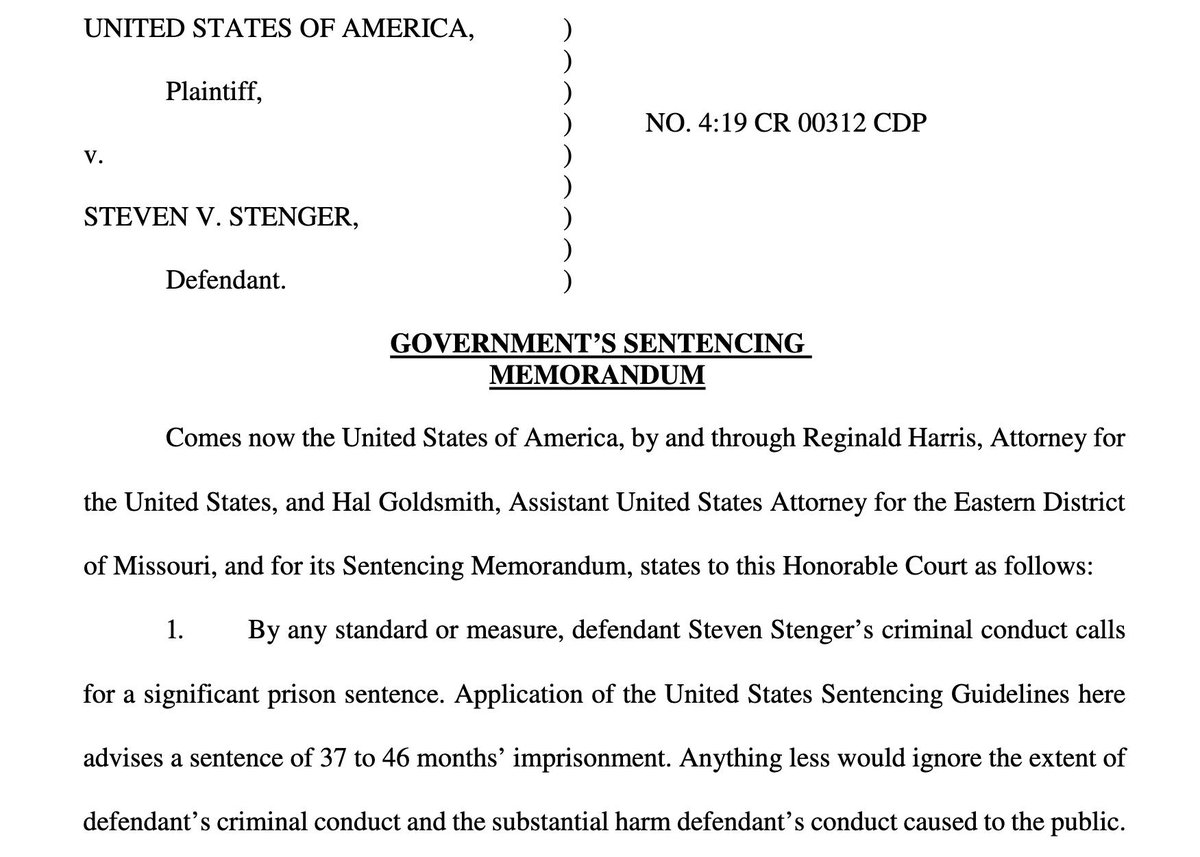 FEDS: "Your Honor, this guy is a crooked-ass crook. Like, full time. Not once in a while. It's a career for him: being a crook." 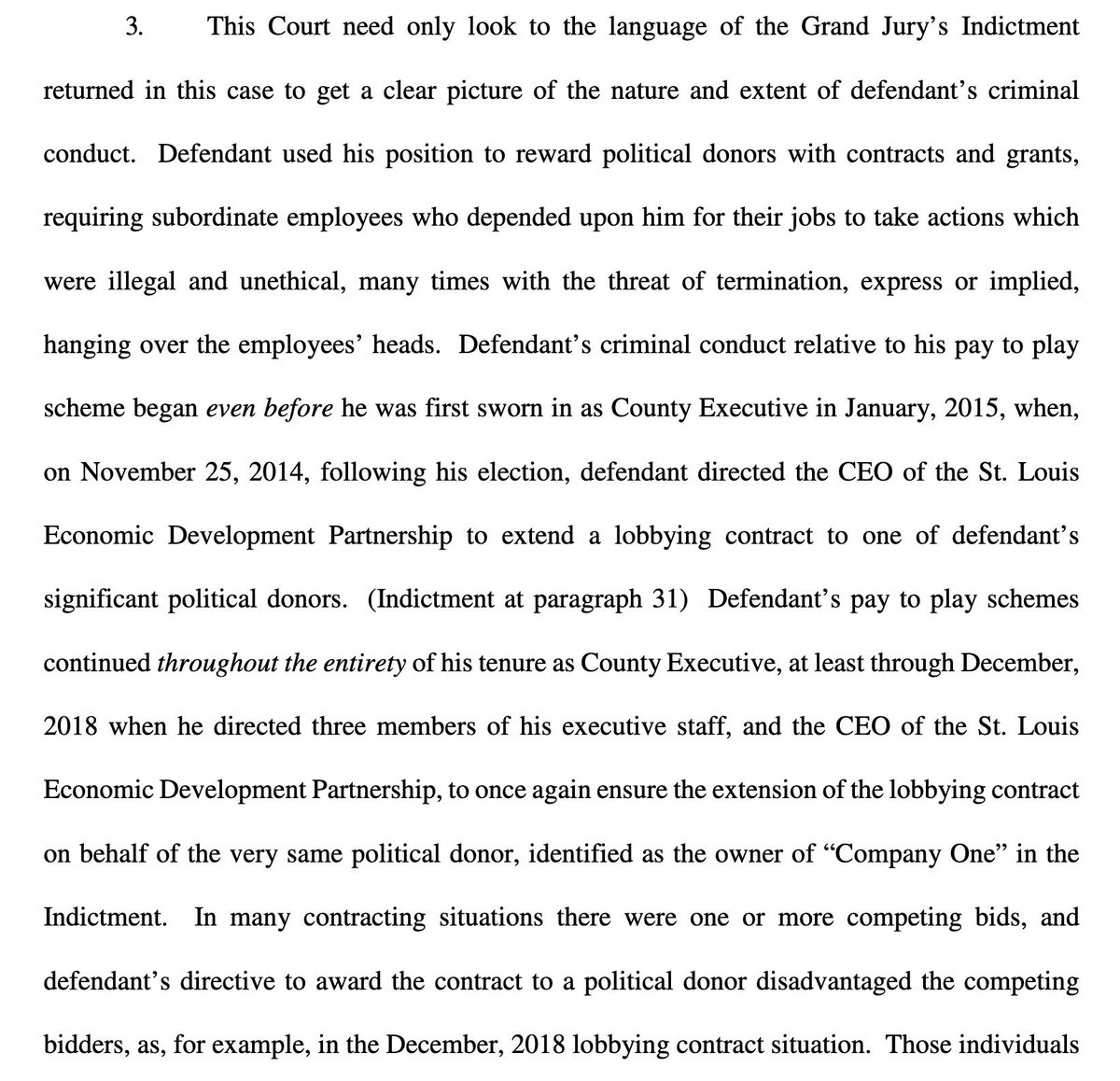 Bragging on Title III intercepts about how much you love being corrupt...well, it certainly makes the FBI and DOJ's job easier!

Local note: this is why in St. Louis they care where you went to high school. You'll know whether you're in on a certain scam, among other things.

I guess somebody got pretty cocky that the fix was in after Greitens won the election and Trump was president. This was in error, given that this is in a sentencing memo. 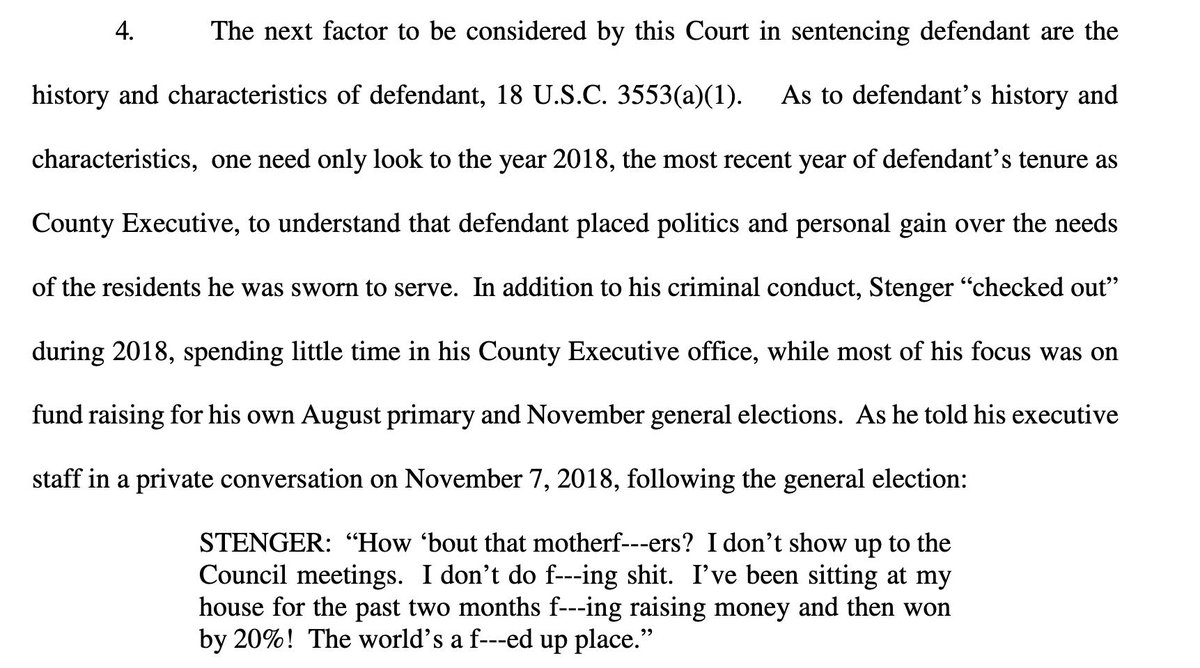 If you're wondering why a city-county merger would matter, just remember that the liability from Ferguson and other towns cannot be paid by those towns.

And changing the legal status would offer a smokescreen if not cover on who should pay victims. 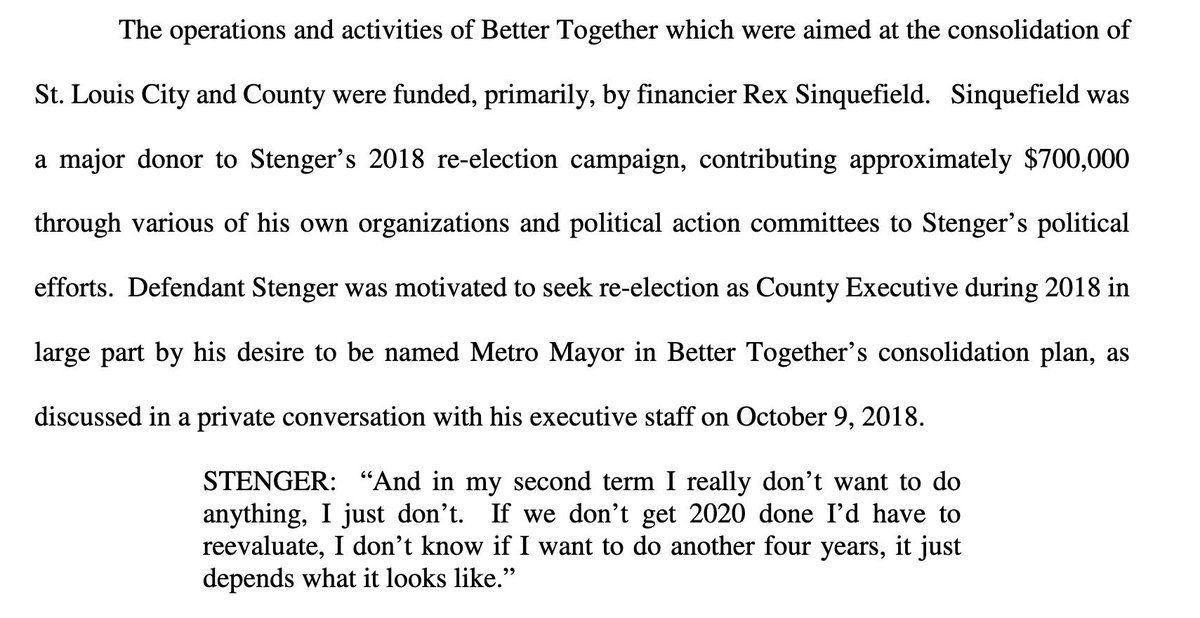 And now we tie billionaire Rex Sinquefield into the heart of the corruption. 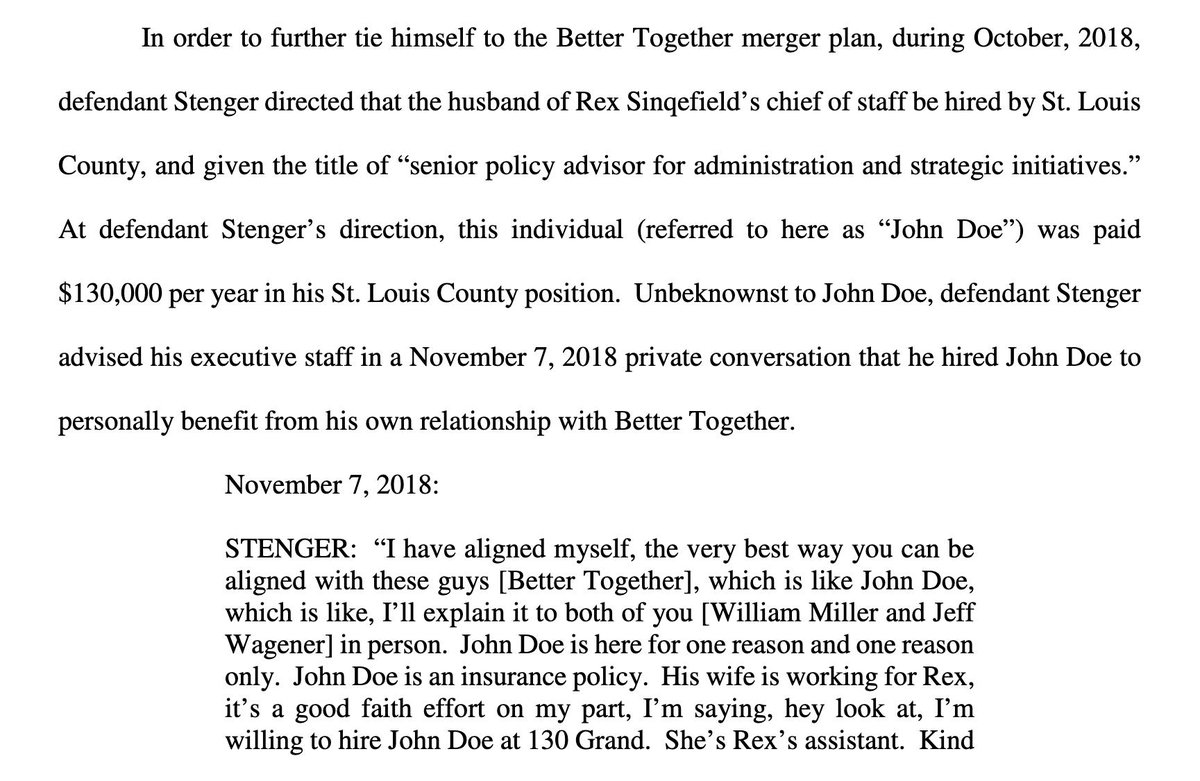 The Putincept's Lee Fang wrote a profile of Sinquefield for POLITICO, and notes he supports Republicans and Democrats alike. Can't leave any side un-subverted.  https://www.politico.com/magazine/story/2014/06/king-rex-sinquefield-108015 …

Do these seem like Mobster tactics, or is it just me? 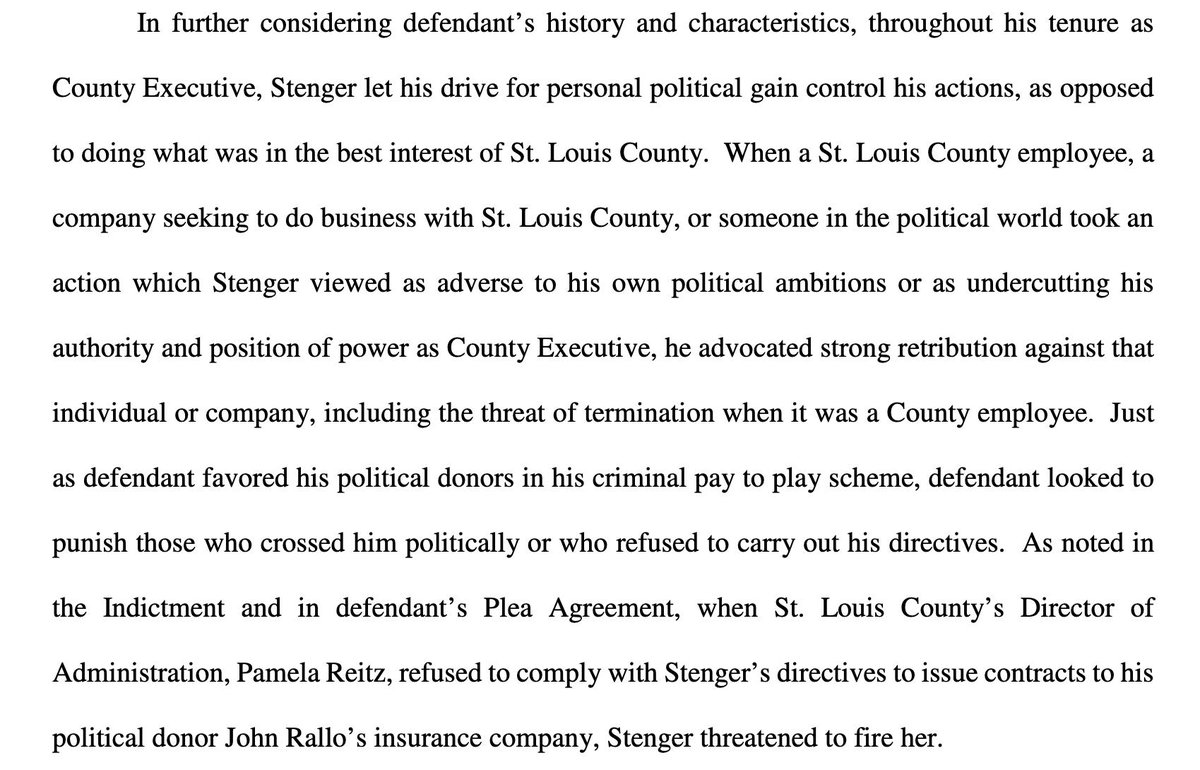 As aforementioned, the Zoo is kind of a treasure, and this will not look good in St. Louis to any average citizen. 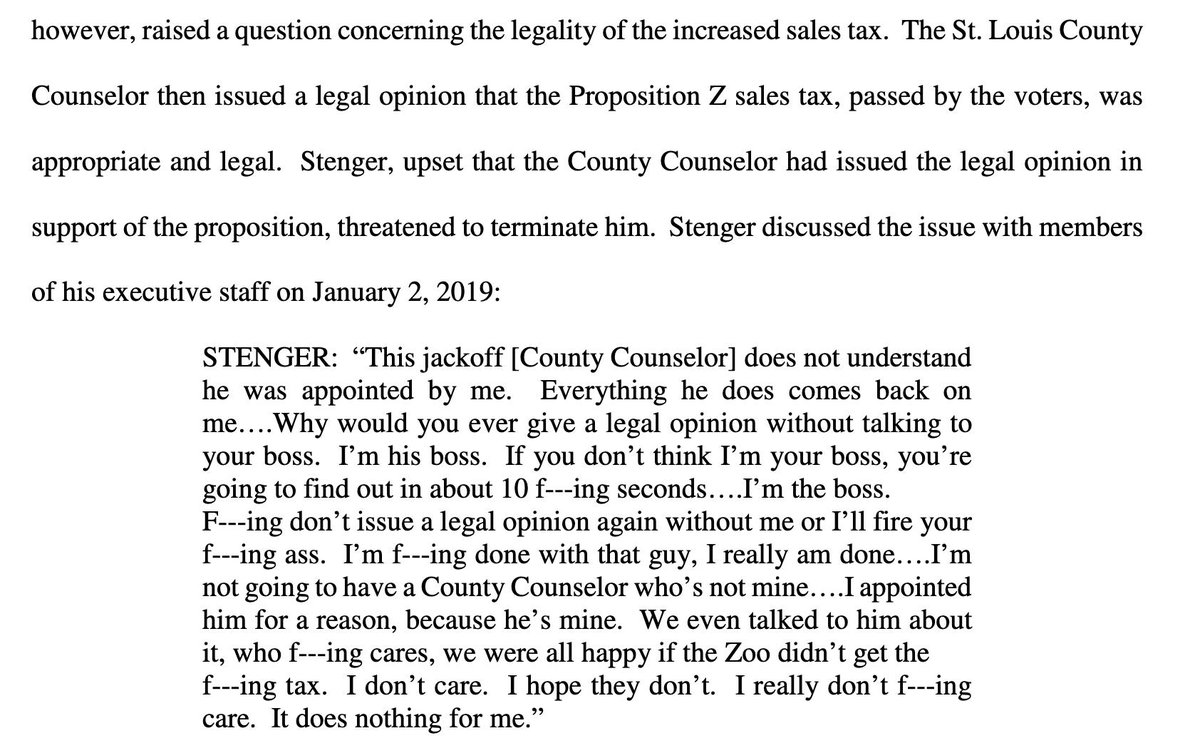 Going after people's moms, sounding like a Mobster. Not a great look. 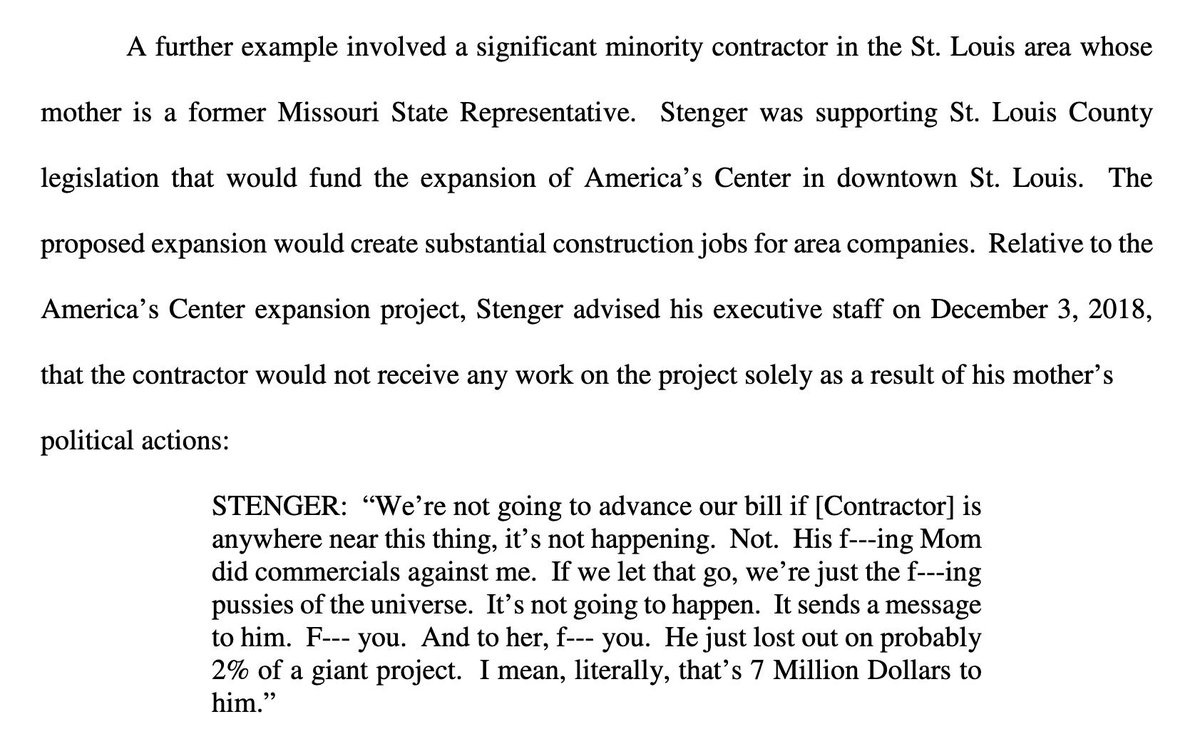 Dr. Sam Page has now replaces Stenger as St. Louis County Executive. But not before Stenger tried to get him fired as a reputable anesthesiologist. (Wow.) 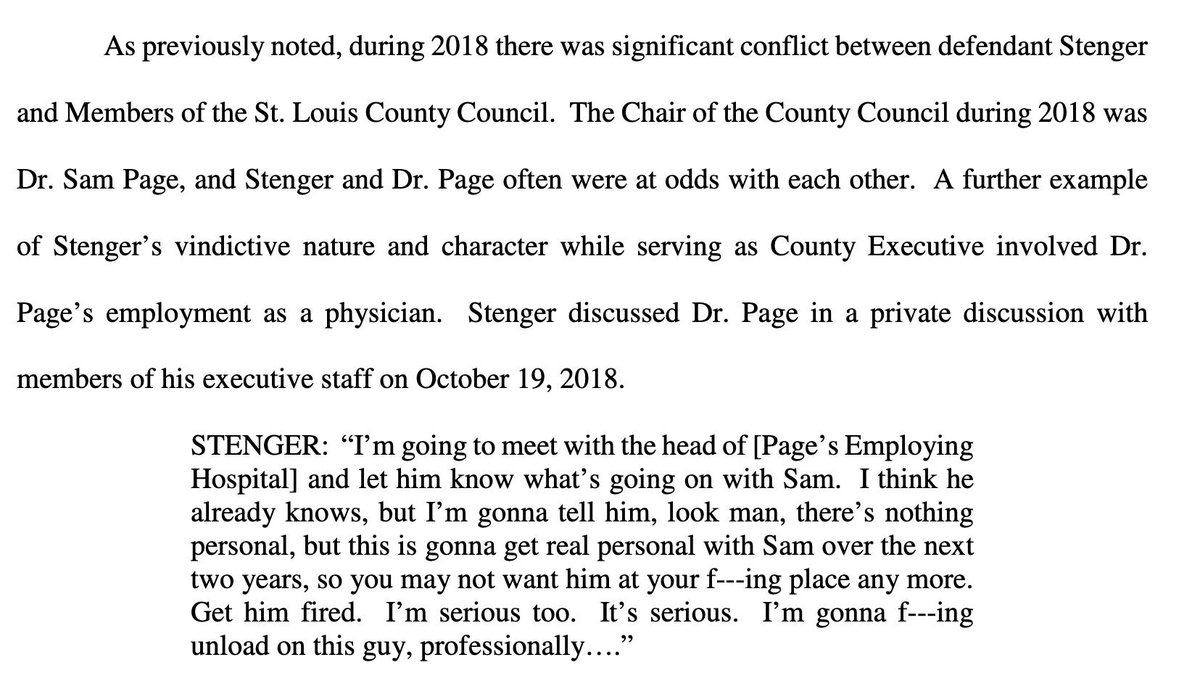 DOJ: Throw the book at this guy.

And with that... #GRINGO15 drops it into third gear and slams the gas. Love it. 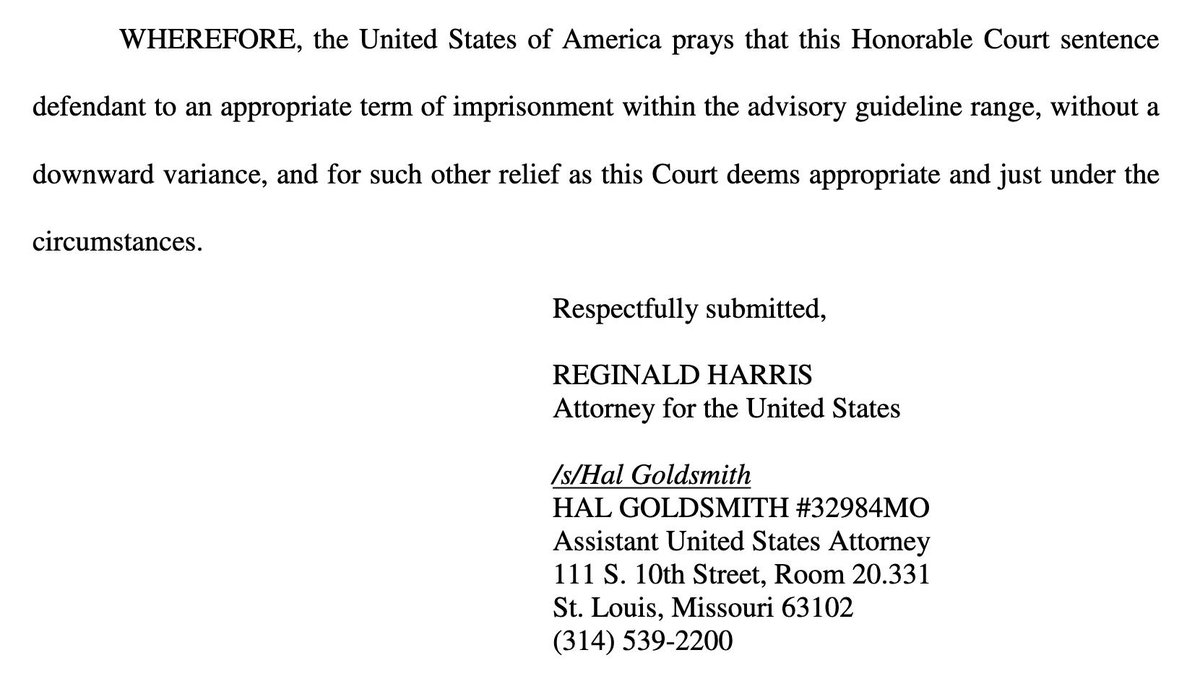