Well of course he thinks it was awesome.

A small dev catching flak from a rather inflammatory announcement ultimately benefits Epic's interests, as it cultivates a "culture war" between Steam and Epic users that entrenches people ideologically with their preferred service. 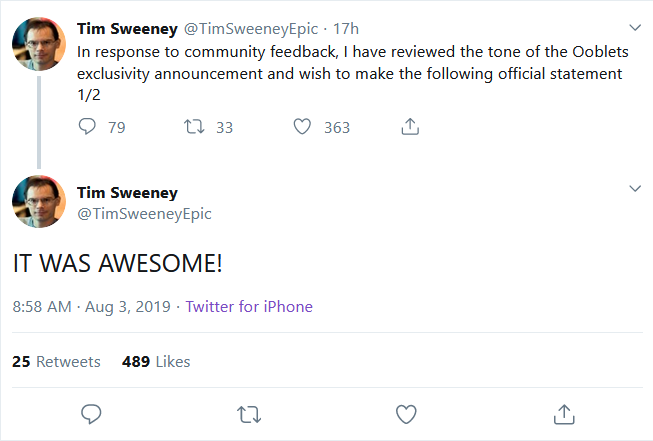 You can see the roots of this taking form, with folks jeering at the "Gamer meltdown!" or "Steam fanboys triggered!" 🙄

Some people are forming identities around Epic, something I see as being encouraged here, and it's cynical as all hell.

So yeah, of course Tom Swoney thinks a backlash that saw a lot of abuse directed towards smaller devs after an ill-advised and derisive statement was "AWESOME!" He's pretty damn happy with the outcome.