NEW: After this weekend's mass shooting attacks, former Pres. Obama says that "until all of us stand up and insist on holding public officials accountable for changing our gun laws, these tragedies will keep happening." 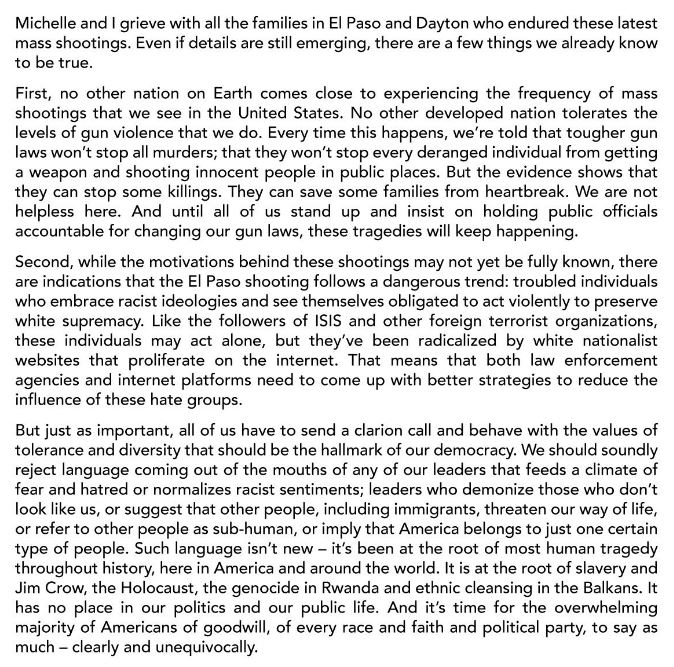 Obama: "We should reject language coming out of the mouths of any of our leaders that feeds a climate of fear and hatred or normalizes racist sentiments ... who demonize those who don't look like us, or suggest that other people, including immigrants, threaten our way of life."