So those of you who have followed me for more than five minutes will know I'm mildly obsessed with German history. Today, I want to talk about one of the dudes we can safely say is most responsible for well, Germany as a power - Otto the Great... /1 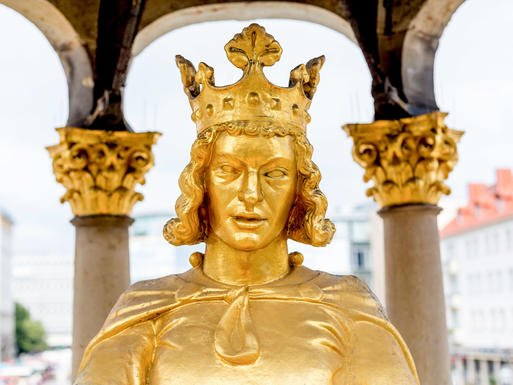 Now, just to be clear, I'm not one of those 'great men make history' sorts - it's far more complex than that. However, more than most, Otto made a string of decisions that ended up paying off in the long term. /2

Otto was born in 912 CE, the son of the Duke of Saxony - and later King of the Germans - Henry 'The Fowler' (he liked to hunt). Henry was no slouch as a ruler himself, accruing territory and influence throughout his reign. Indeed, he unified all the German duchies. /3 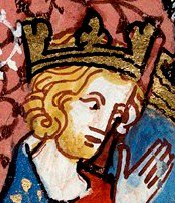 As a young man, Otto cut his teeth leading armies that belt seven shades of sh*t out of the Wends, pagan tribespeople to the east. He would spend much of his reign fighting, but as I'll get to later - there was more to him than that! /4 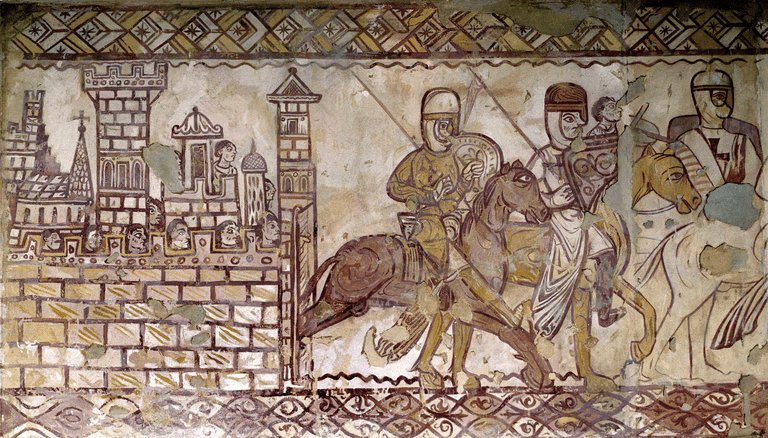 When Henry died in 936 CE, Otto made the very wise decision to be crowned in Aachen. This was where, over a century before, the great Charlemagne, the first 'Emperor of the Romans', had made his base of operations. /5 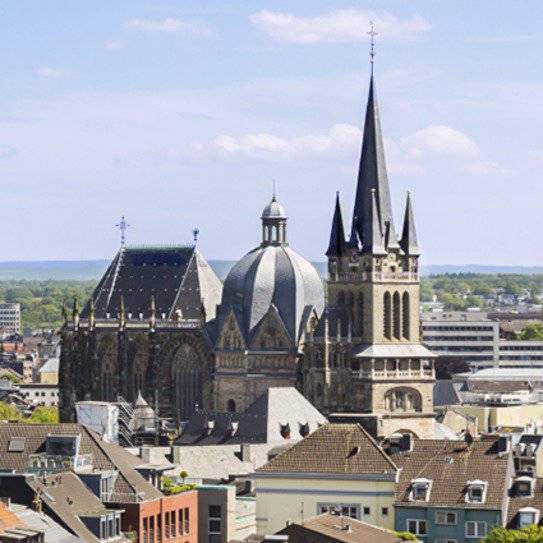 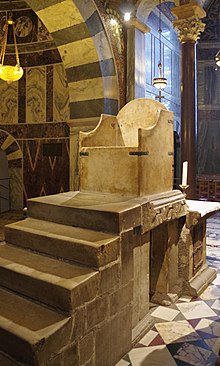 In evoking Charlemagne's memory, Otto was making sure everyone knew he had his sights on supremacy, not only over the German lands, but anywhere else close by that looked at him funny. Not everyone agreed with this, however… /6 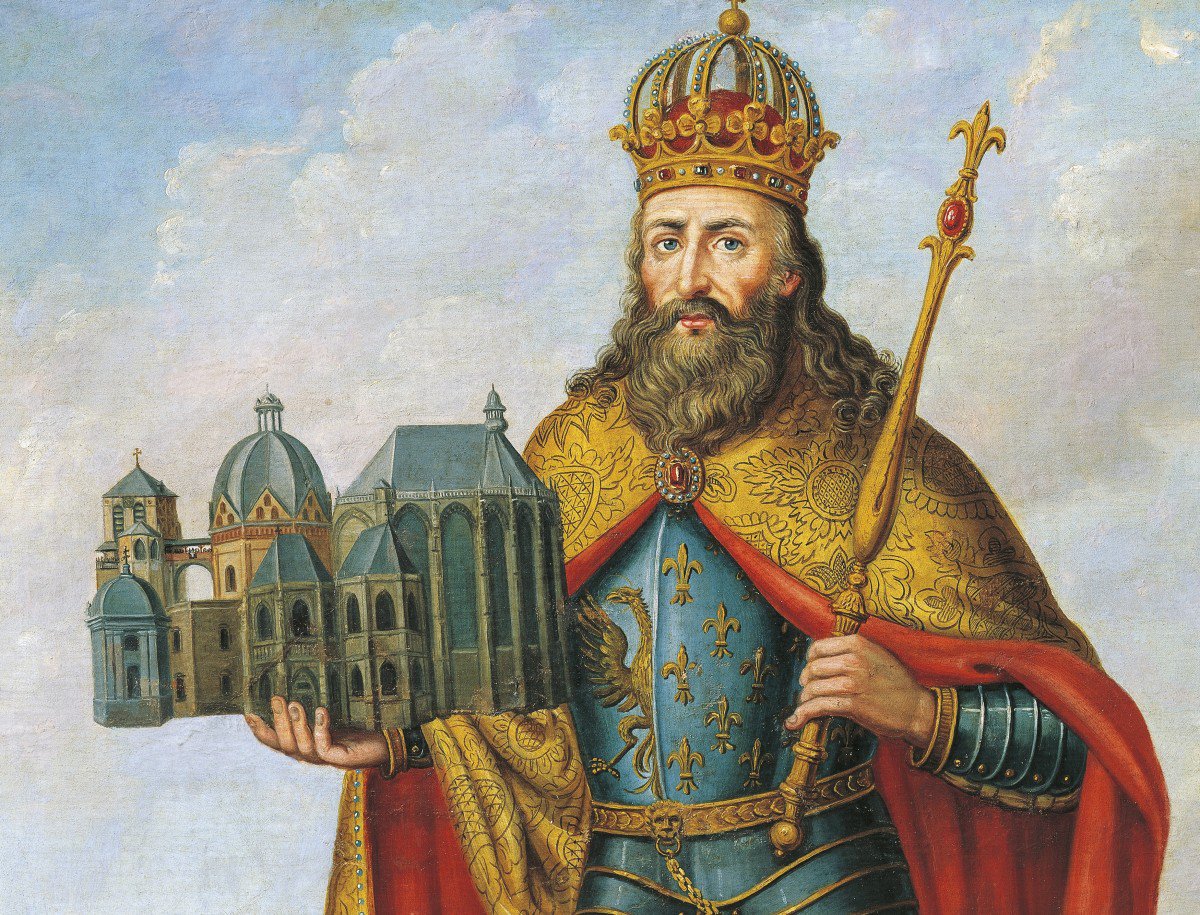 Quite a lot of Otto's early reign was spent kicking the arse of recalcitrant dukes & even his own brother, Henry, when they rebelled. Otto, quite prudently, made the decision not to execute these nobles or his brother - that often made the situation worse, to others' chagrin. /7

During much of this time, Otto was married to Edith, daughter of Alfred the Great. The pair loved each other deeply, and when she died young, in the midst of his civil strife, he was bereft. /8 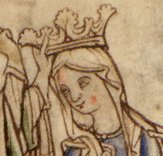 Later, Otto struck south, seizing lands from Berengar, the King of the Italians. Berengar helped the rebels in Otto's civil war, & when a princess, Adelaide, who Berengar was pressuring into marriage called for help, Otto was happy to help. Otto and Adelaide later wed. /9

In mid 955 CE internal squabbles were overshadowed by the threat of thousands of angry, highly mobile Magyars attempting one of their periodic invasions from what is now Hungary, burning and plundering all before them. Just a thing they did. /10 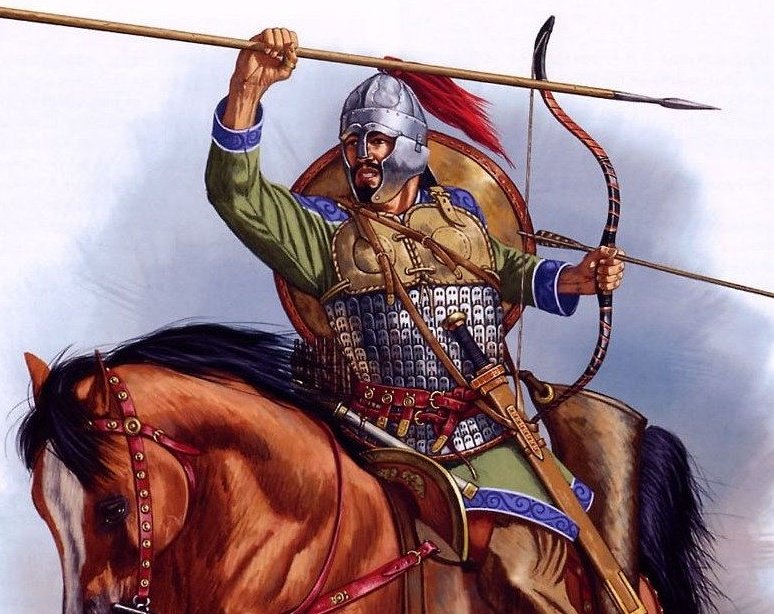 Otto proved his mettle to his vassals, and secured his reign by leading an army that squeaked out a victory in battle, near modern Augsburg in August. The Battle of Lechfeld would become part of his legend. /11 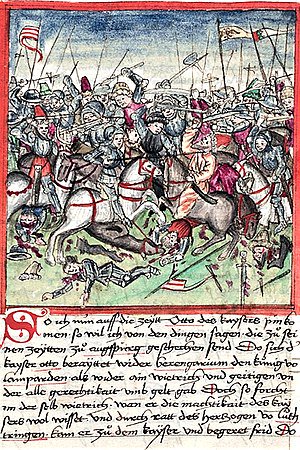 Later, in 960, when Berengar attacked the Papal States, Otto headed south, ready to kick his arse again. Berengar withdrew and in gratitude, Otto was crowned 'Emperor of the Romans' in 962 by the Pope - essentially becoming 'Holy Roman Emperor'. /12

All of the arse-kicking led to levels of (relative) stability and peace throughout central Europe and Italy that hadn't been seen for centuries. Otto later had to return to Italy to put down rebellion, but this was *nothing* compared to earlier strife. /13

Otto died, aged 60, in May 973. He was buried next to his first wife, Edith, in the cathedral at Magdeburg, in the modern German state of Sachen-Anhalt. His tomb is still a tourist drawcard to this day. /14 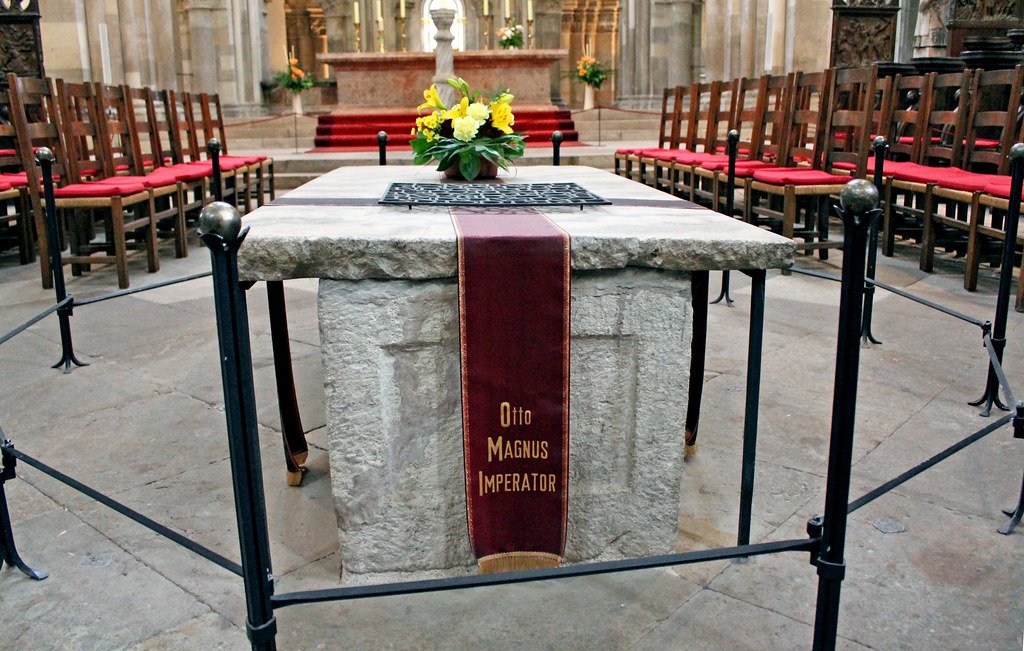 Central to Otto's power were a couple of decisions that meant the empire he left was unusually strong. The first was, he took a hands on approach to selecting bishops and archbishops and made them nobles, ensuring their loyalty. /15

Otto also pumped a sh*tload of gold and silver into the great monastic houses of modern Germany, making them powerhouses of learning and administration throughout Germany and Italy - as well as filling them with blingy treasures that are, quite frankly, amazing. /16 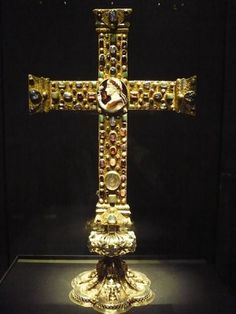 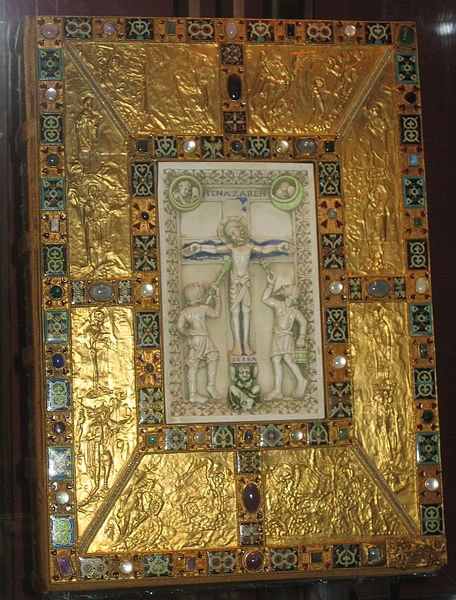 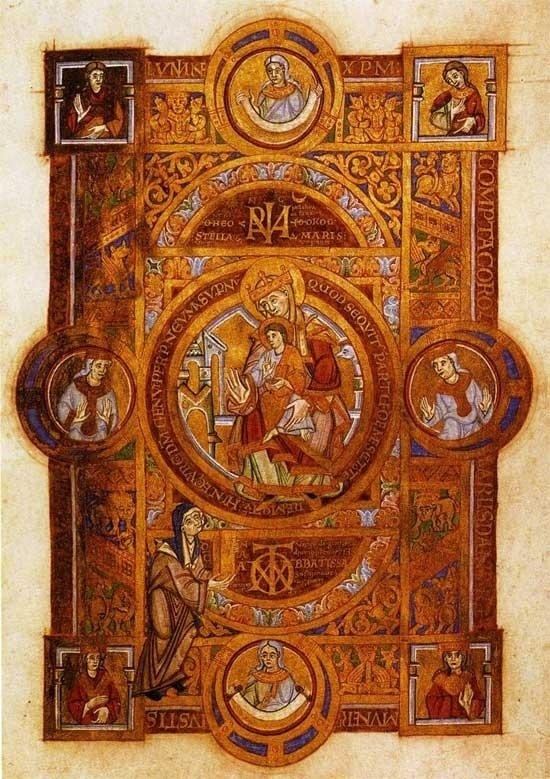 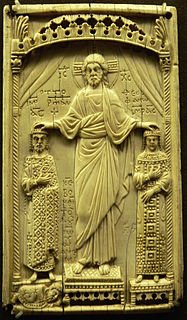 By consolidating a lot of his power in the Church - in pulling church and state together - he strengthened both institutions and made rebellion against them a much more fraught, risky act. /17

Otto also made excellent choices in setting up his heir. He ensured his son, Otto II, would be unopposed upon his ascension. He also married Otto II, to Theophanu, the daughter of the Emperor of the Byzantines, John I Tzimiskes. This headed off trouble to the south-east. /18 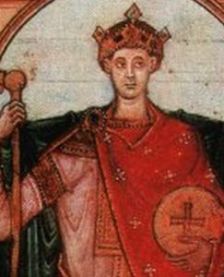 The Holy Roman Empire, consisting of the German lands Otto had fused together, would remain a major power for close to a thousand years, only collapsing in the 19th century. Even then, the new German Empire remained a world power. /19 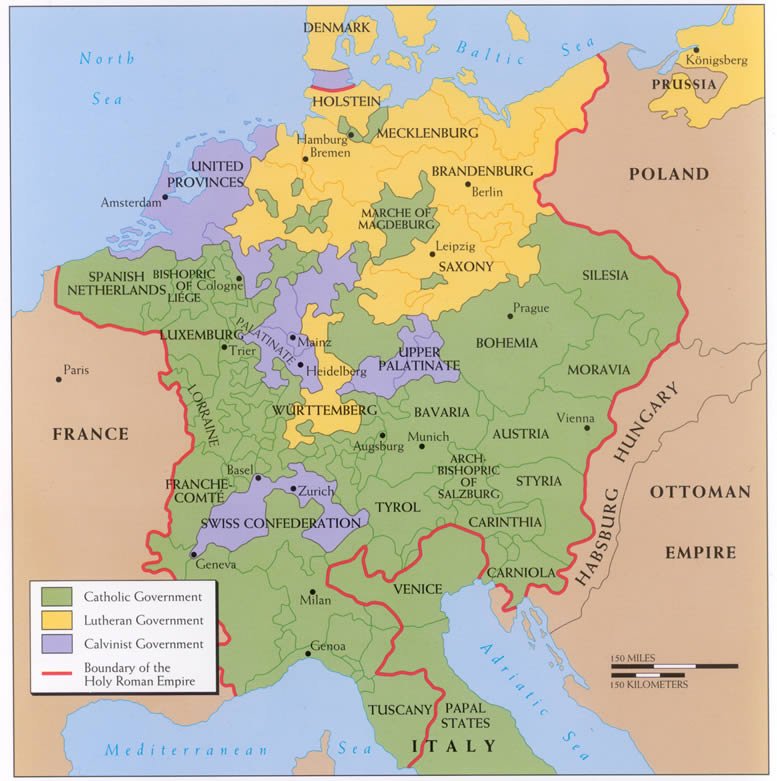 If you want to learn more about Otto, this episode of 'Die Deutschen' from @DeutscheWelle is pretty good stuff. /20  https://youtu.be/yqnZEkSMKqk

If you want a glimpse of Otto's world, I hear amazing things about the @DomMuseum in Magdeburg, dedicated to his life and the 'Ottonian Renaissance' he inspired. /21  http://dommuseum-ottonianum.de/

Hope you enjoyed that! More history to come, as always! /FIN

Addendum: I repeated a previous mistake I've made and said Otto's first wife, Edith, was daughter of Alfred the Great. She was in fact, his granddaughter.

No, seriously, you try keeping the House of Wessex straight!

Addendum: If you want a real badass daughter of Alfred the Great, his oldest daughter, Æthelflæd, Lady of the Mercians, was a total hardnut. I wrote about her here.