NBC News+ Your Authors @NBCNews The leading source of global news and info for more than 75 years. Aug. 08, 2019 1 min read + Your Authors

JUST IN: Sue Gordon, principal deputy director of national intelligence, says she will step down; follows Director Coats's recent decision to step down, as well as President Trump's decision to scuttle his plan to nominate Rep. Ratcliffe to replace Coats.

Gordon told the White House that she would leave her job today after she learned that she would be passed over as director of national intelligence, according to a source with direct knowledge of the matter - @KenDilanianNBC

President Trump announces in tweet that Joseph Maguire, director of the National Counterterrorism Center, will be named acting Director of National Intelligence  https://nbcnews.to/2GYJtsC

Sue Gordon's note on her resignation:

“Mr. President- I offer this letter as an act of respect & patriotism, not preference. You should have your team. Godspeed, Sue.” 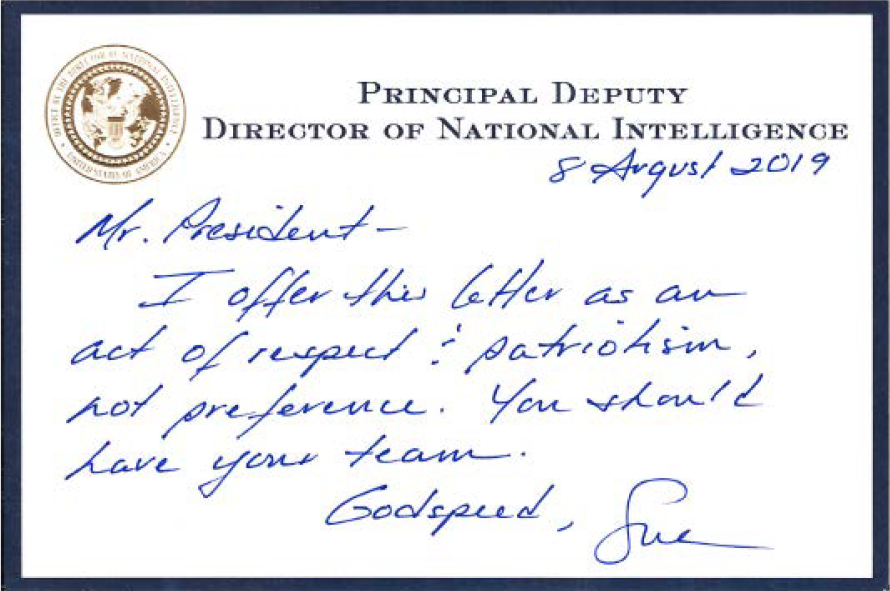