HAPPENING NOW in Seattle: My daughter has joined other Jewish activists in civil disobedience #JewsAgainstICE. ICE office now in lockdown. 700 people arrested by ICE yesterday. This has to stop #NeverAgainIsNow #AbolishICE 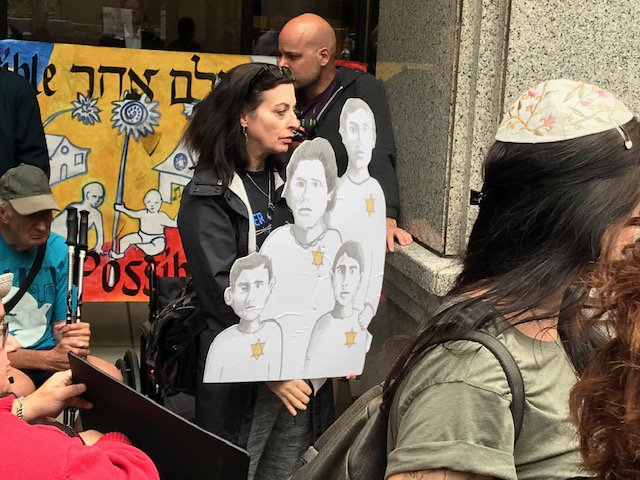 ICE can’t hide from us. Northwest Detention Center changed their name to Tacoma ICE Processing Center. Too much bad press.

Martin Selig owner of ICE building gave Federal agents the right to enter the office & charge them w federal crime. The office had been cleared early except for 1 individual in anticipation of our action. They held office for 45 mins & chose to leave on their own #JewsAgainstICE

Speakers include Ashkenazi and Jews of color, native Duwamish, Hispanic immigrants who have personal experience with ICE. Decrying yesterday’s deportations and #WhiteNationalism. #CloseTheCamps

The brave folks who occupied ICE including my daughter. #ProudMom!
#JewsAgainstICE 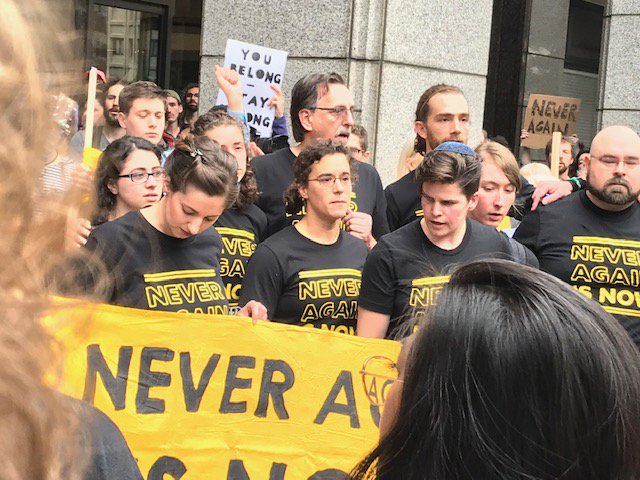 Filipino activist talks of root problems: US imperialism and policies. 6000 Filipinos leave their country every day in search of a better life. 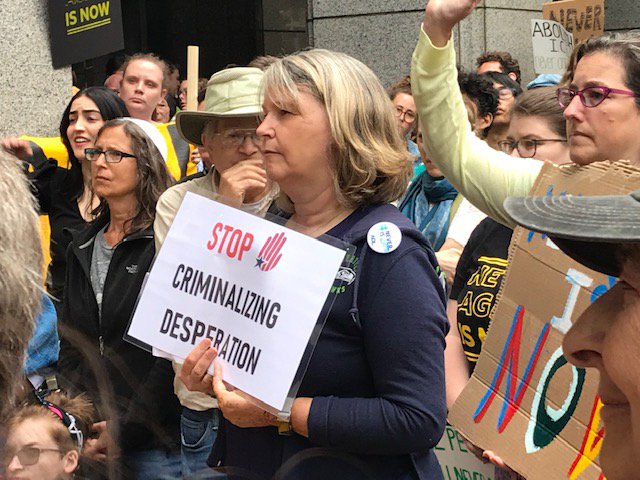 Jewish identity is being weaponized against Congress people of color, weaponized in defense of oppressive of Palestinians. We will not stand for xenophobia, white nationalism, antisemitism. Enough. Jews standing in solidarity #NeverAgainIsNow

Syrian Palestinian daughter of refugees speaking against ICE, linking ICE tactics with policies of state of #Israel. End the #DeadlyExchange, which trains US security in Israel including ICE. END mass incarceration here and there. #NoMoreCages

Aneelah, as a proud Muslim refugee, joins in solidarity. No one chooses to be a refugee. Seeking asylum is an international right. Immigration is a civil matter. #ImmigrantsWelcome #RefugeesWelcome 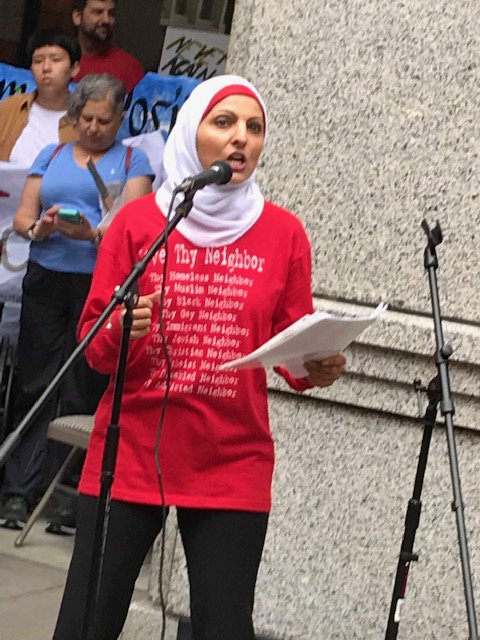 Rabbi @davidbasior speaks, leading us in the mourners Kaddish for all who have died, esp those in ICE custody, he recites their names and ages. We are coming into #TishaBAv, a time of mourning for many tragedies. A wave of grief surges in the crowd of hundreds #JewsAgainstICE 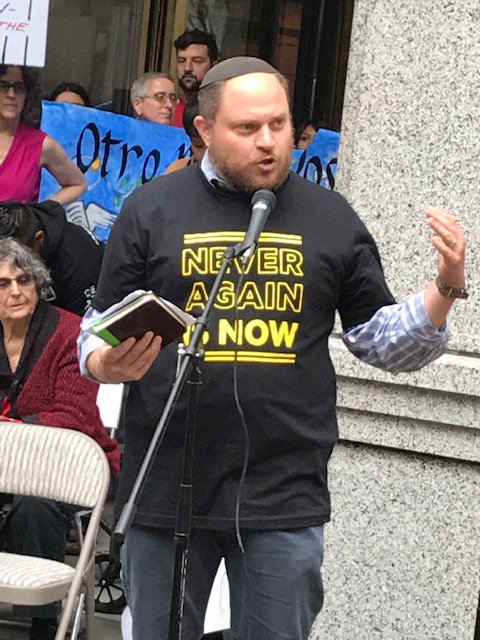