All underwater by 2069 due to rapid climate change.

@drjameshansen, former NASA scientist credited with being one of the first to raise concerns about human-caused global warming, predicts devastating sea level rise within decades:  https://www.commondreams.org/news/2016/03/22/james-hansens-climate-bombshell-dangerous-sea-level-rise-will-occur-decades-not …

I go on @PaulHBeckwith's work
👇
Thread of sources:

'Michael Mann, a renowned climate scientist with the University of Pennsylvania, who is among those questioning some of the report's "extraordinary" claims, told @nytimes, "I think we ignore James Hansen at our peril."

Sea level rise is just one part of our predicament:

Explore this thread about the 6th mass extinction, climate breakdown & ecological collapse, all caused by the destructive madness of corporate capitalism, all happening now.⚠️

For example, Dhaka suffers less than Chittagong at 2C. Miami is totally submerged when New York is only partially affected, etc. https://seeing.climatecentral.org/#12/22.3517/91.8103?show=lockinAnimated&level=8&unit=feet&pois=hide …

This map shows that 100s of millions of coastal city dwellers will be affected.

(Billions of people will have to move to survive climate breakdown and ecological collapse in the coming decades mostly likely because of drought & famine/thirst first of all.)

Rate of rising sea levels has increased year-on-year since the 1960s (previously believed to have begun accelerating in the 1990s).

'With ever-increasing ice loss in Greenland & Antarctica...the acceleration is likely to increase' in the coming decades. 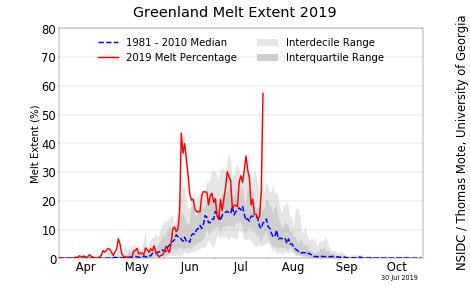 'All over the world, high tides would creep higher...flooding coastal cities and creating hundreds of millions of climate refugees.

All this could play out in a mere 20 to 50 years — much too quickly for humanity to adapt.'
https://grist.org/article/antarctica-doomsday-glaciers-could-flood-coastal-cities/ …