First reaction: There should be hearings as to how this was allowed to happen to a key witness in an investigation involving a global sex-trafficking conspiracy.

Second reaction: A former federal prosecutor informs me about this secord-order effect in terms of legal procedure. 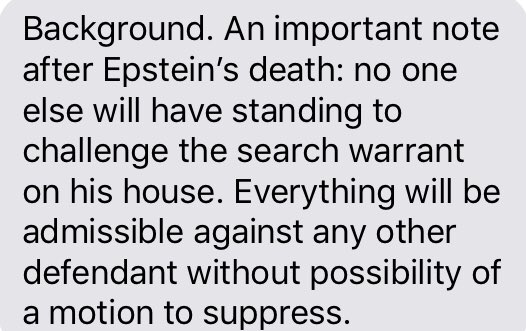 Were reports accurate that Epstein was on suicide watch, a status that typically would have put him under 24-hour watch and removed any objects that could be used for self-harm from his cell?

Various reports state that Epstein had been removed from suicide watch.

If so, BOP guidelines require written justification for such a decision.  https://www.bop.gov/policy/progstat/5324_008.pdf … 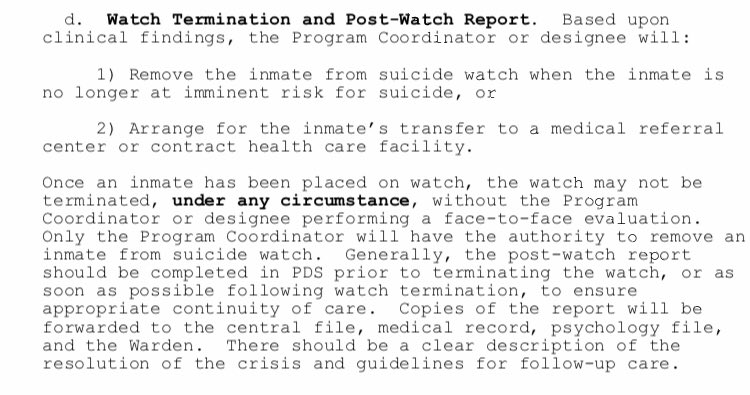 One more open question from an ex-federal prosecutor as to what happens to forfeiture of Epstein’s Upper East Side mansion.

The ex-prosecutor cited the Enron case. Here’s what he told me. 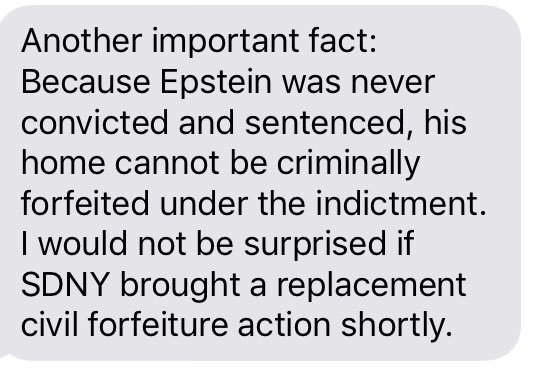