If the Congressional Republicans performed their constitutional duty and acted as a check on presidential power, he'd be out by now.

Instead they shield him while pushing through their agenda.

This will prove to be a miscalculation.

I meant in the sense that it will backfire on the party shielding this president.


The framers considered the possibility of a president who was incompetent or beholden to foreign powers. That's why they included a remedy: Congressional oversight.

The GOP see no alternative (even though they can see that this president is beholden to foreign powers) because they know their medium and long-term prospects are poor.

Changing demographics are against them. So they're desperate.

It won't end well for them.

The framers also considered the possibility that Congress, too, would be corrupt or beholden to foreign interest.

That’s why the Constitution requires that we hold elections every 2 or 6 years.

They can be voted out.

Will it be easy?

It can’t happen all at once because of gerrymandering, etc.

But the GOP base is aging and shrinking.

The Democrats (young and diverse) has excellent medium and long term prospects.

So no gloom and doom. Pick something from my list and get busy.
https://terikanefield-blog.com/things-to-do/

The argument here is that by 2020, the courts will be so conservative that liberalism is doomed.

Time for a quick history of the Supreme Court.

There have been only two truly liberal courts in all of U.S. history. . .

Through most of U.S. history, courts have been very far to the right.

In the 1960s judges were confirmed who openly supported racial segregation.
http://archive.boston.com/news/globe/obituaries/articles/2006/06/30/j_robert_elliott_96_judge_overturned_my_lai_decision/ … 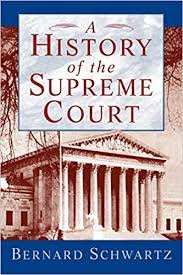 19th century courts held that man could beat his wife if the injuries weren't serious:  https://la.utexas.edu/users/jmciver/357L/61NC453.html …

Everything in today's politics. . .

The Court that ended segregation, expanded the 4th Amendment protections, and paved the way for the Civil rights and women's rights movement.

History puts it into perspective.

We know how to deal with ultra-conservative courts and the damage they've done.

Because we've done it before, so we know how, and can do it again.

The reactionaries roll things backwards.
The liberals then have to roll things forward again.

I know something about this.

That doesn't mean they will.

All my threads are also blog posts. This one is here:  https://terikanefield-blog.com/where-we-are-and-where-were-going/ …