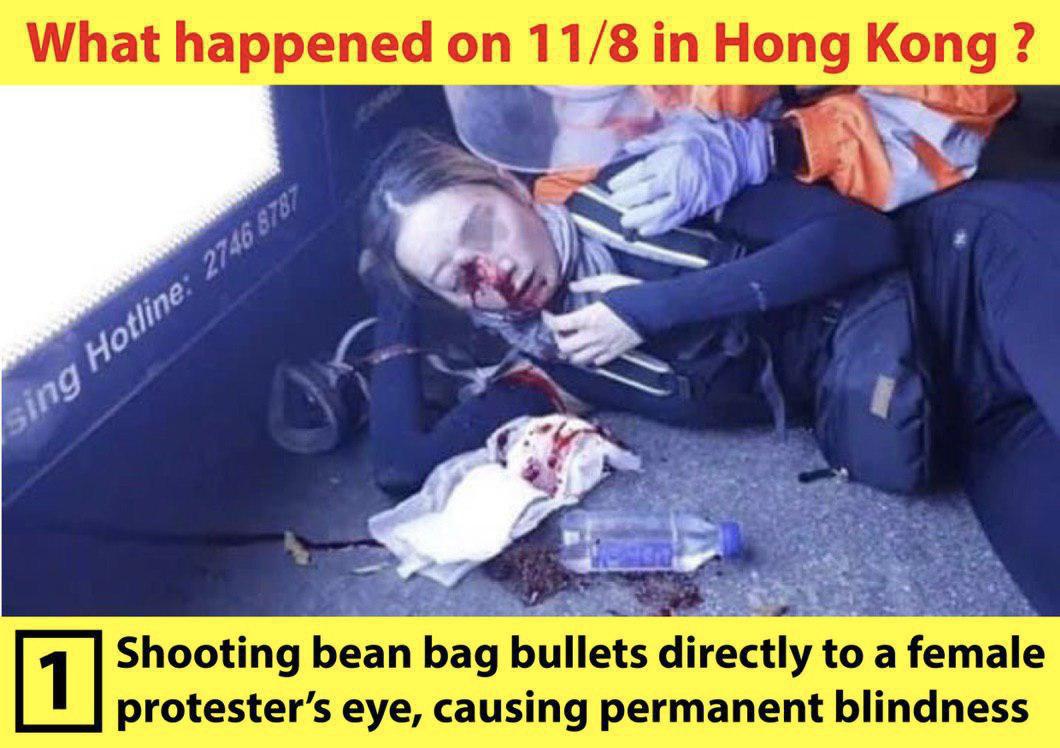 2. Brutally beaten up the arrested protesters that was saying sorry to police. 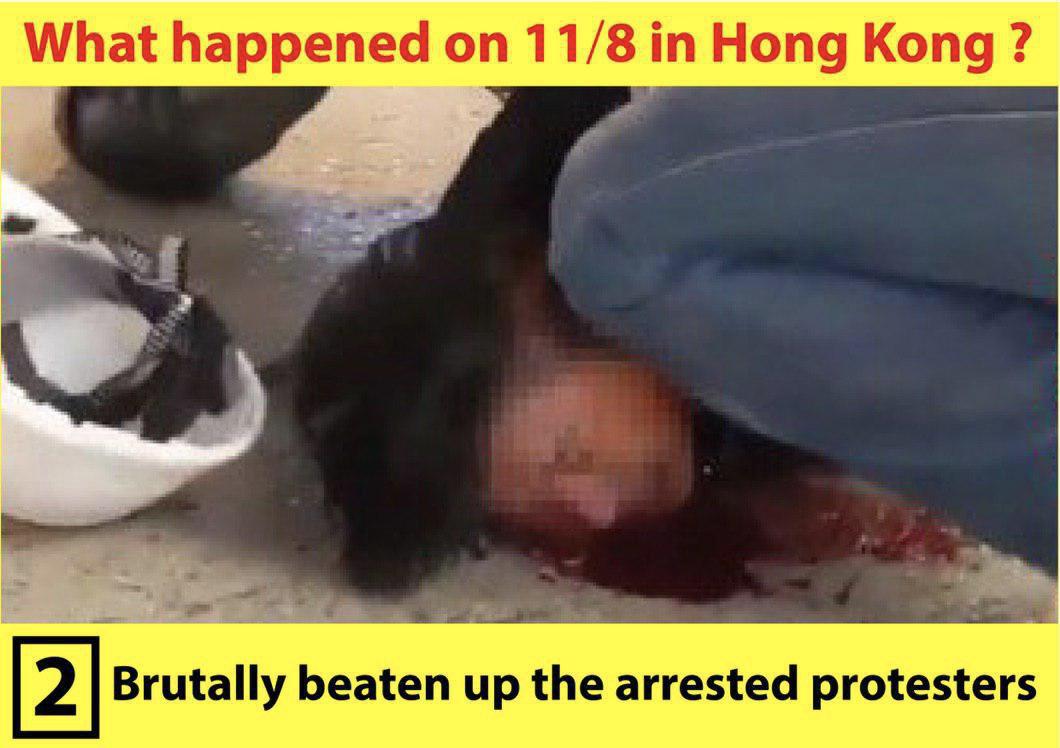 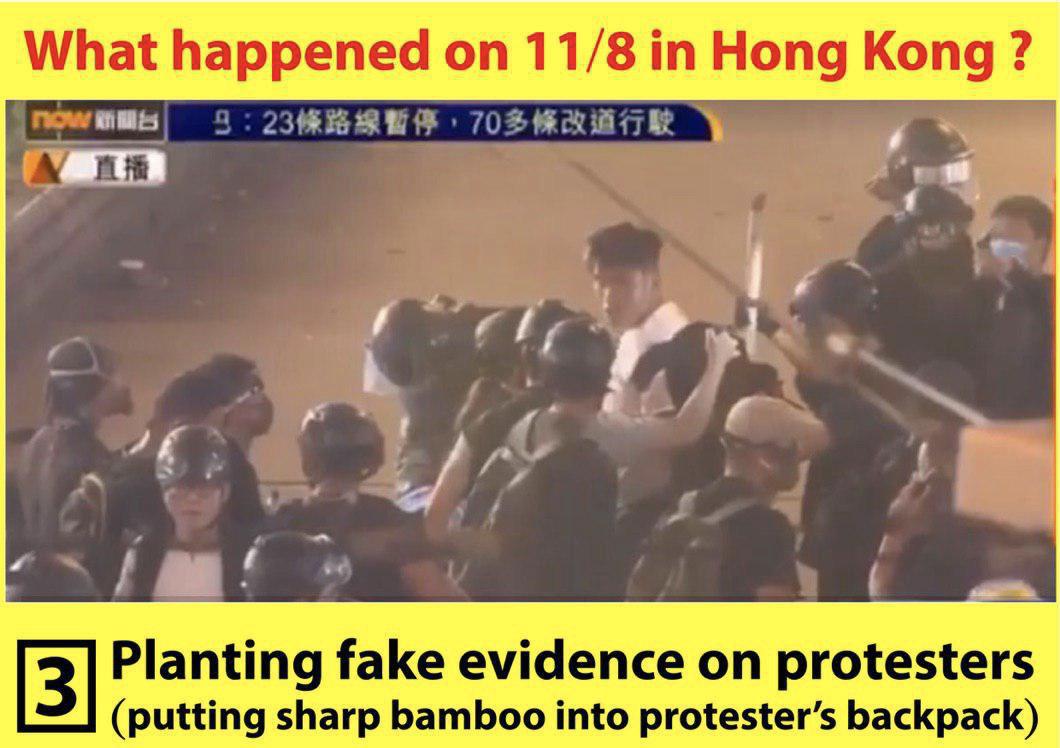 4. Disguise as demonstrators with mask and black t-shirt to take the lead & arrest other activist with police dress uniform suddenly. 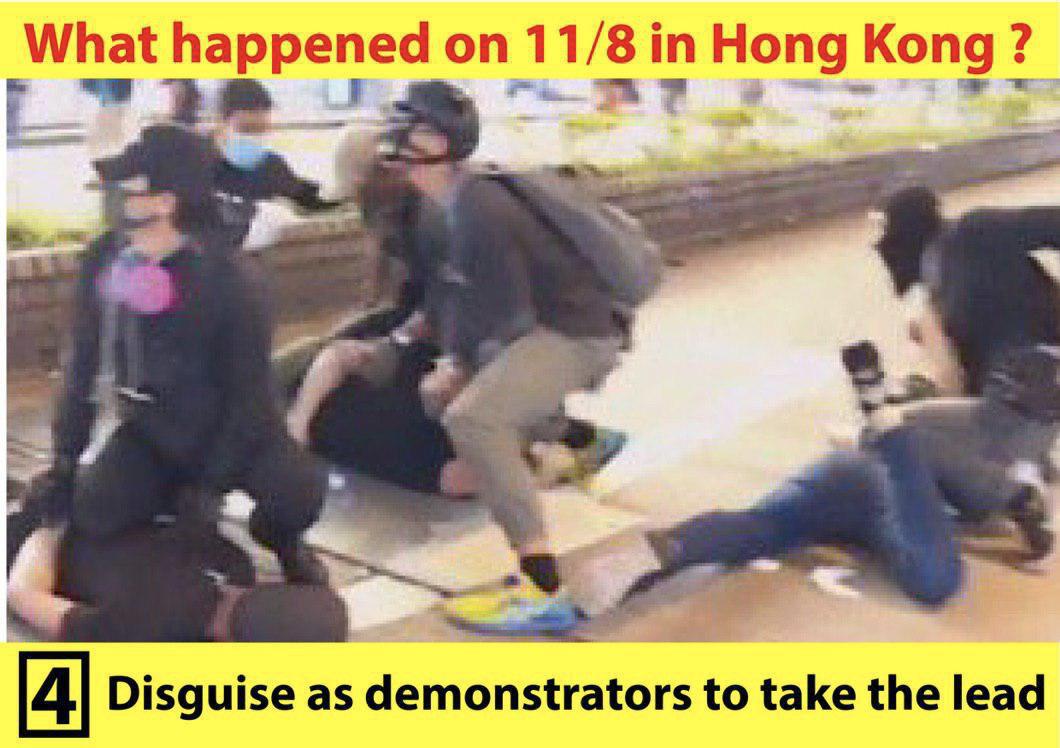 5. Shoot tear has bullets at the protester's inside subway station at a distance less than one meter 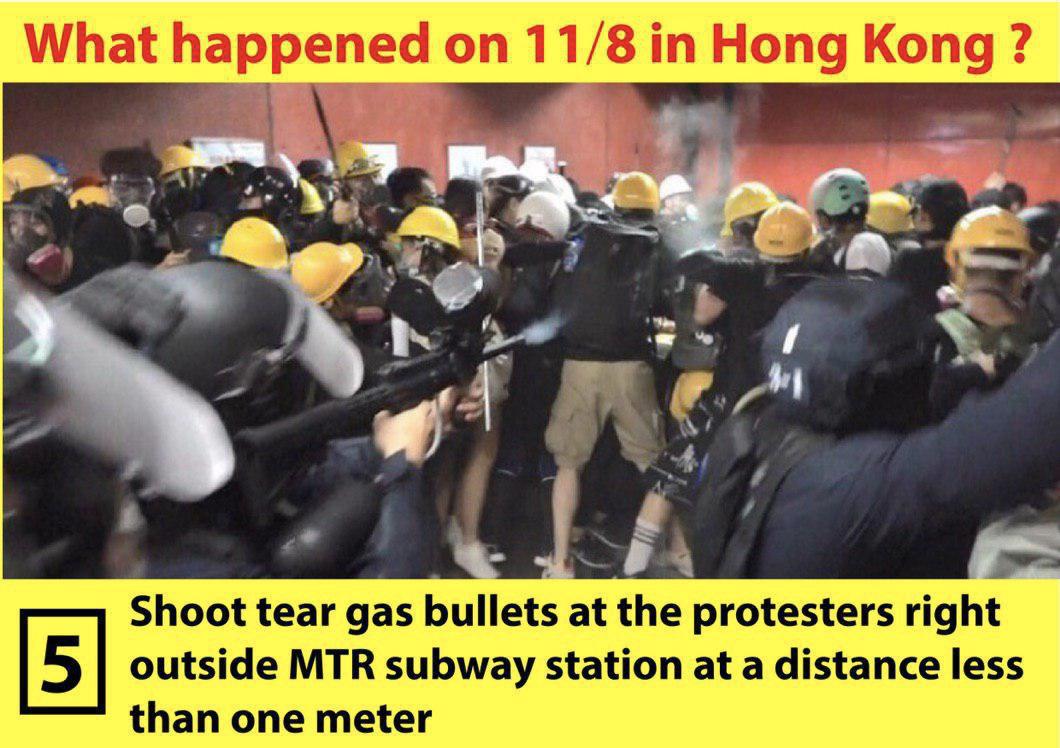 6. Pushing down civilians on the elevator's in subway station 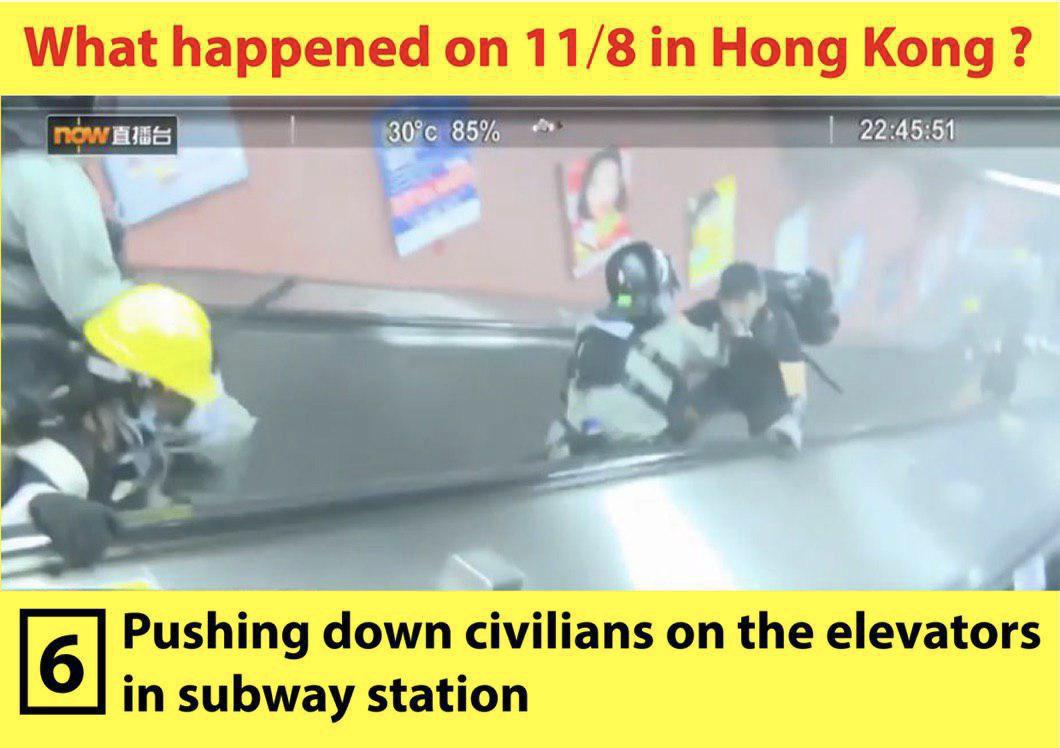 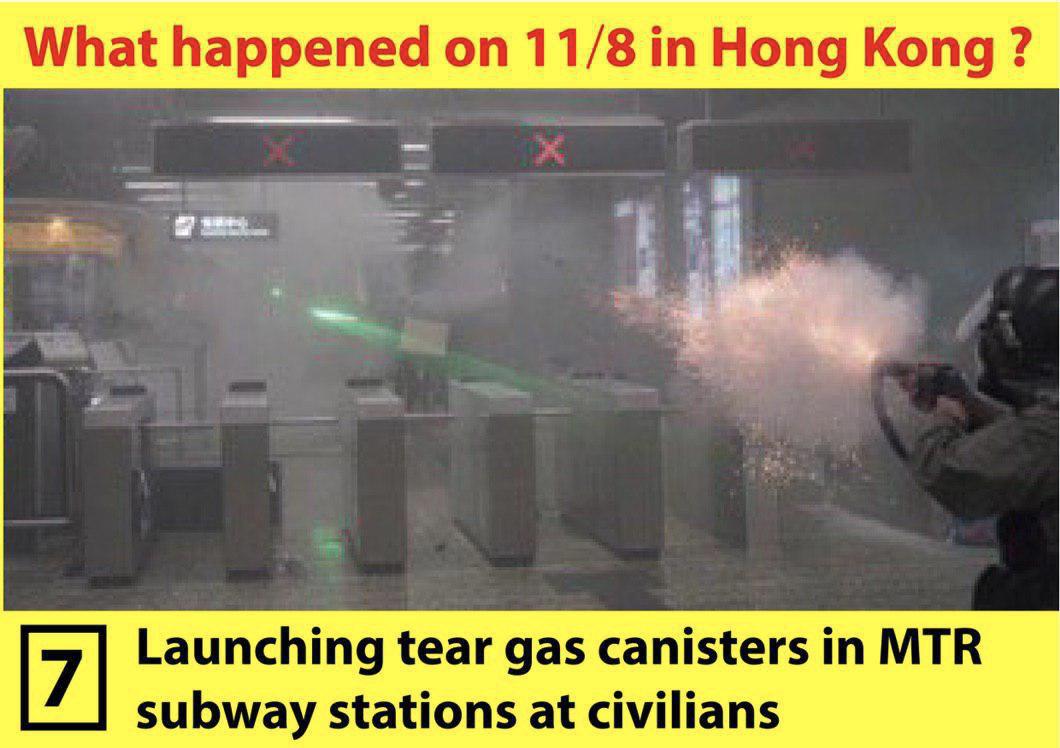 8. Allowing gangsters chasing up and beating protester and civilians on the street. None of those gangs were arrested. 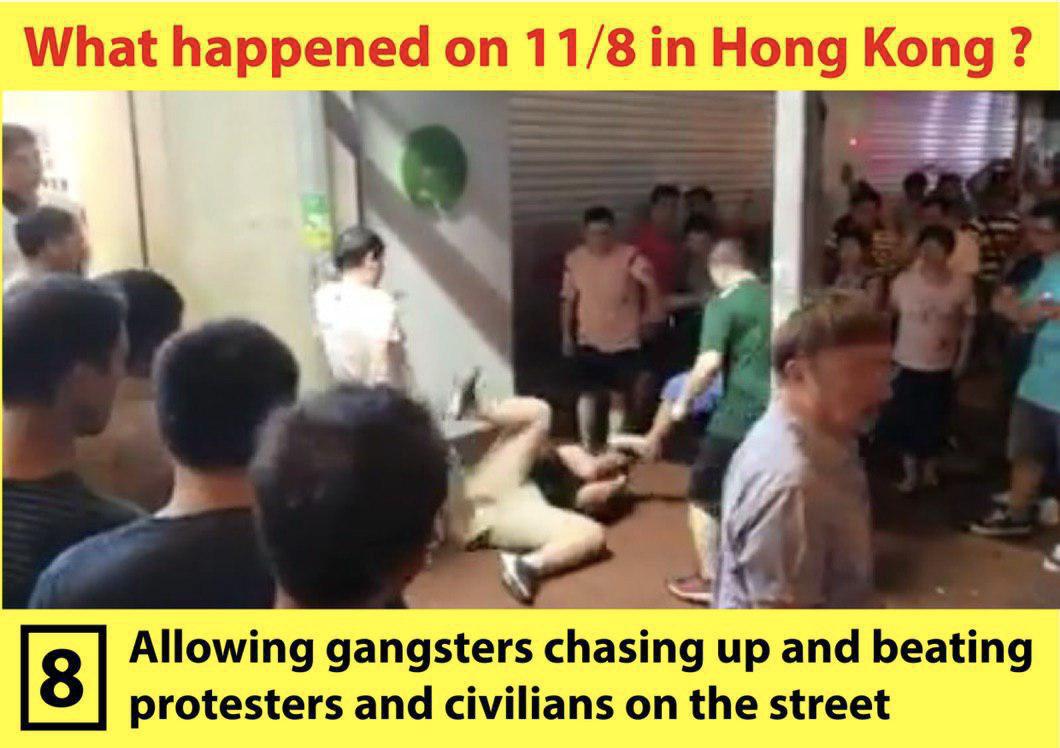