I keep wondering, why is it so difficult for analysts to believe that we're closing in a global economic crisis?

When we started to warn about the approaching collapse two years ago, I wholeheartedly understood that only few listened. 👇

We now know that the expansion since 2009 has been massively supported by the central banks and mostly China.

As a results of this, the global productivity growth collapsed, while the balance sheet of central banks "exploded. 2/ 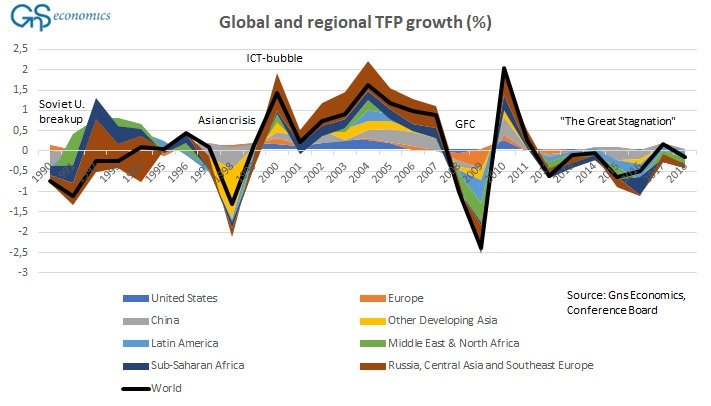 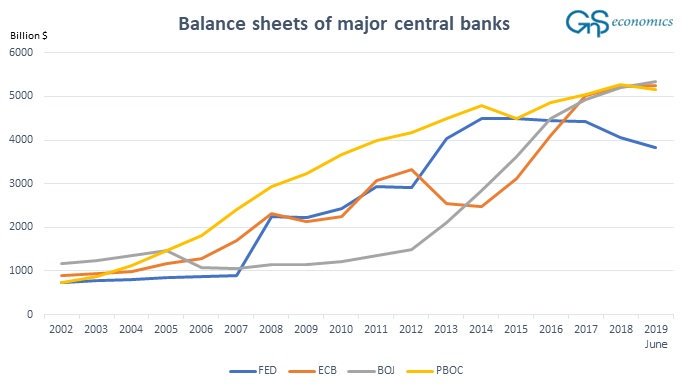 As we've warned since September 2017, the ability of China to uphold the debt-fueled global expansion is in irreversible decline:  http://gnseconomics.com/wp-content/uploads/2017/09/Q-review-3_2017.pdf …

With obvious global slowdown and global debt bubble combined with the ability of central banks to resuscitate in a #recession mostly gone, what are analysts and economists waiting for?

A "divine" announcement by central authorities that a collapse is imminent? 🙄4/

We, economists, have failed on the most important task given to us: predicting recessions/crises.

Yet, #forecasting remains an ostrazised sub-field. 5/

2008 should have changed, how we approach, study and teach #economics , but it didn't. We failed to reform.

Resorting to #MMT or other money conjuring madness could be the nail in to coffin of our discipline.

Let's hope we have the wisdom to avoid at least that. 6/6