The Marco seal of approval 🚨

"Mr. Mullenweg said [Automattic] intends to maintain the existing policy that bans adult content [on Tumblr]." One of the more interesting pieces of this acquisition. But I would expect this thinking to evolve as Tumblr itself evolves — possibly into a federated network.

The biggest win today is for anyone who wanted to see Tumblr live on. Web properties have immense nostalgic holding power. We may no longer visit as often, but we never stop thinking about them and the time we spent there. Tumblr and the vast web it hosts is alive!

$20M for something like this is unbelievable. As of April, the site still gathered 376M uniques.

Will be fascinating to see what happens next. 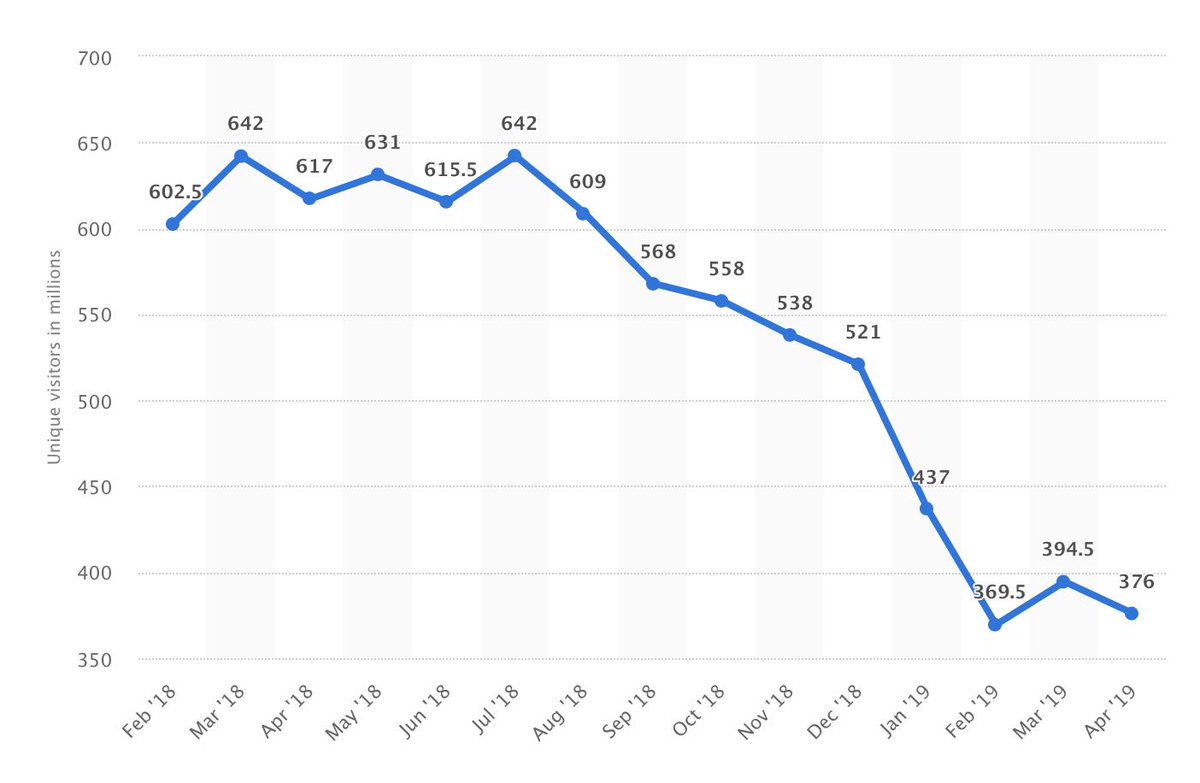 An absolute fire sale. I don't think Yahoo ever released Tumblr's operating costs, but Automattic is taking on a substantial cost burden.

"The Tumblr team also has some exciting functionality they’re eager to unlock once we close the acquisition officially in a few weeks" 😮😏 https://photomatt.tumblr.com/post/186964618222/automattic-tumblr … 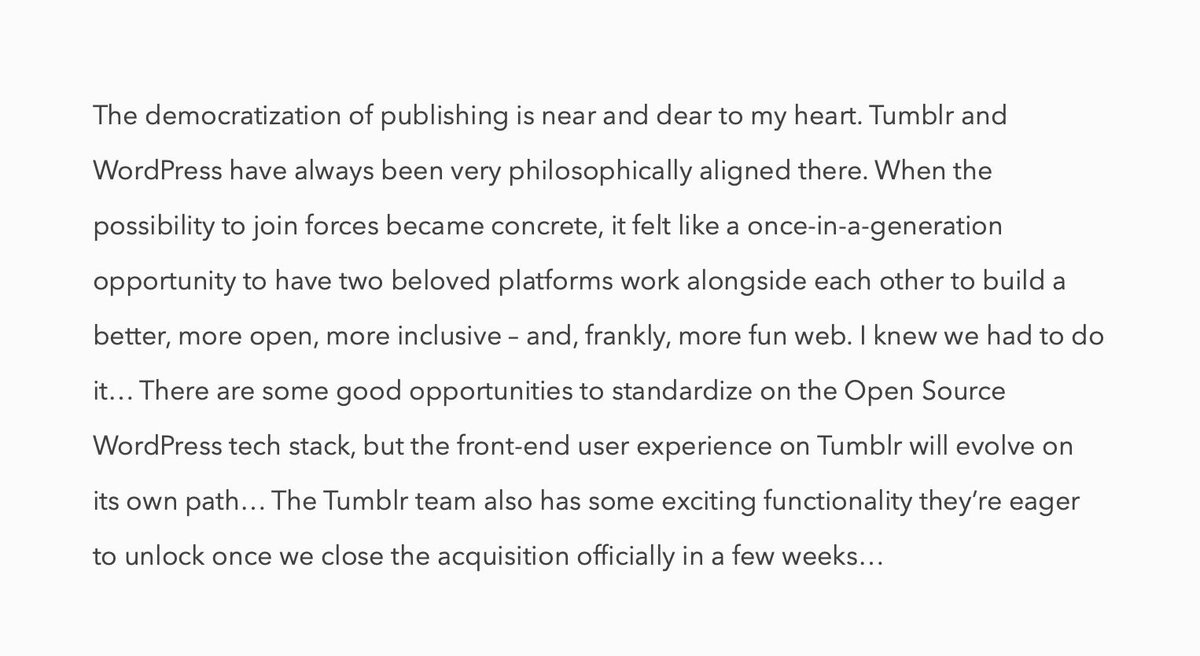 Tumblr lost a lot of incredible talent over the last 2 yrs. Automattic will sadly lose more in onboarding the remaining 200 to remote work. A lot is at stake, and I'm so excited to see what @photomatt's transparent Tumblr looks like. This future is coming