Tren Griffin+ Your Authors @trengriffin I work for Microsoft. Previously I was a partner at Eagle River, a private equity firm established by Craig McCaw. I am on the board of directors of Kymeta. Aug. 14, 2019 1 min read + Your Authors

On page 151 of that 1972 issue of Electronics was a small notice about a company named Intel offering a prototype board that used "a computer on a chip, the type 8008 eight/bit central processing unit." Price was $900. Do you think Intel eventually impacted IBM mainframe sales?

25iQuiz: This picture from the magazine from 1972 lists the firm's involved in a securities offering by Advanced Micro Devices (AMD). How many of the securities firms listed are still in business under that same name? 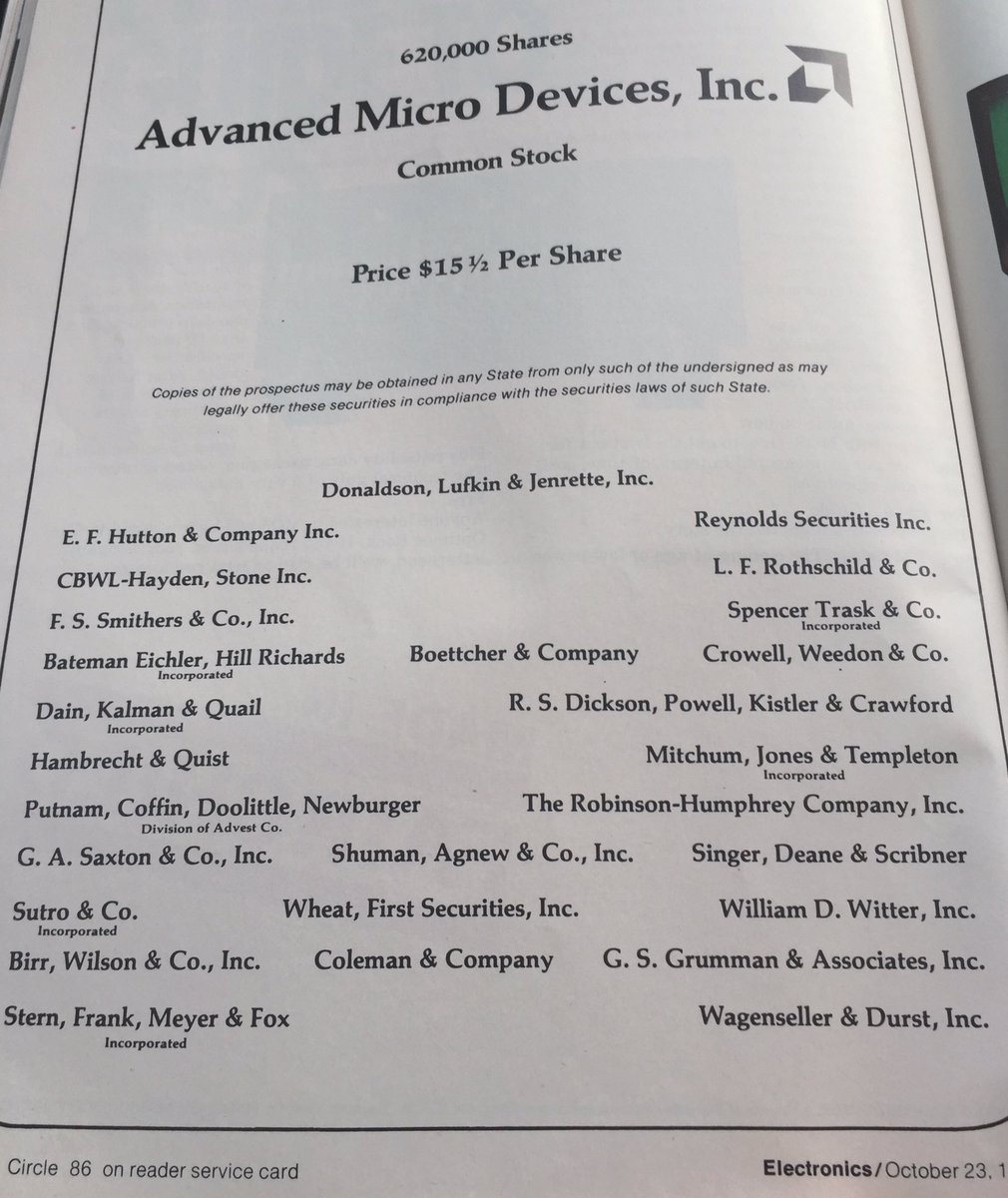 No correct answers yet. There are more than 25 securities firms listed on the AMD IPO advertisement from 1972. Are any of these firms operating under the same name other than as a subsidiary like Crowell Weedon? SunTrust Robinson Humphrey is a new name.