1. BREAKING: The women who have accused @dannymasterson of rape, have sued Scientology, its controversial leader David Miscavige, and Masterson. Among many allegations, they have accused Scientology/Masterson of conspiracy to obstruct justice and stalking  http://bit.ly/2KBbJDL

2. Just received this statement from Danny Masterson which I will add to my story.

Masterson fails to address that three other women have accused him of rape and various other allegations. He is solely focused on ONE of his ex-girlfriends. 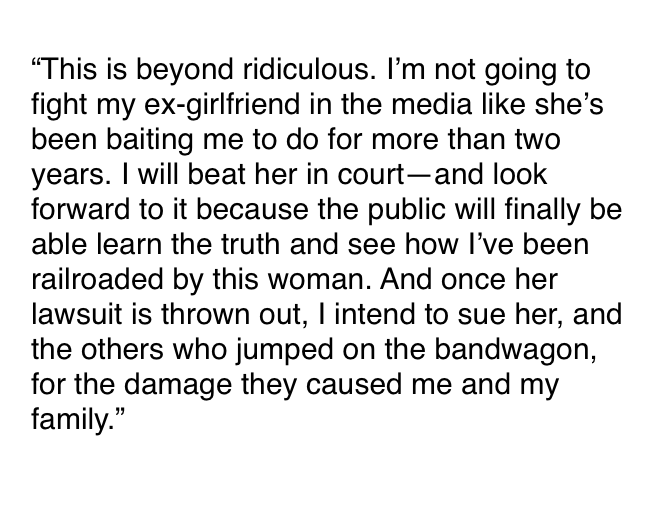 3.I've been working on this for three years and have written multiple stories on it. Four women have accused Danny Masterson of drugging them and violently raping them. Two of the women are his ex-girlfriends. Three of the women are former Scientologists  http://bit.ly/2KBbJDL

4. Masterson has been the subject of an investigation conducted by LAPD/LA District Attorney into the allegations of rape by the four women for the past 3 years. As the investigation has dragged on, LA DA Jackie Lacey has faced harsh criticism  http://bit.ly/2KBbJDL

5. This statement is directed at his ex-gf @ChrissieBixler. I have spoken with Chrissie many times & have known for years, as does Masterson, how triggering the specific phrase "I will beat you" is to her

Masterson used those words in his statement

6. Just received this from Scientology:

While @LeahRemini knows the women accusing Masterson of rape, these women told others, including law enforcement & church officials, they were raped long before they knew Leah and before she left the Church 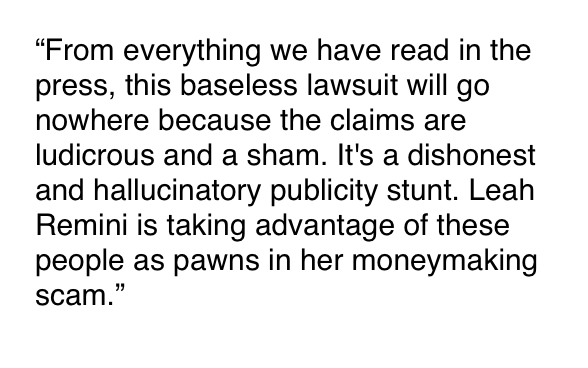