Today we look at Christine Maxwell, Ghislaine Maxwell's sister.
Goodness, these girls are over-achievers. Just like their mother, who claims to have known nothing. Just another doting housewife, oblivious to anything but the flowers in her garden.

Christine's wiki entry: she co-founded search engine Magellan with her twin sister, Isabel.
Co-founded Chiliad, which was one of the first data mining companies online. A little org called the FBI used it.
Writes spelling books.

2013: Chiliad makes Christine CEO.
It's going to focus on healthcare data in partnership with "a leading company." Who?
Also going to work on analysing data for law enforcement. It wants MOAR juicy government contracts.

Chiliad was data mining before there was even much data. Damn, girl. That's groundbreaking.
Offices in London, San Francisco, France.
There's France again. Was it a tech hotbed or something? Or she wanted to be close to Mom?
https://www.thefreelibrary.com/Chiliad%2C+a+new+interactive+modular+publishing+company%2C+is+launched-a020051806 …

Michael Wolff wrote in "Burn Rate" about Christine's haughty and commanding personality. She's much more controlling than the quiet Isabel. Pin in this.📌 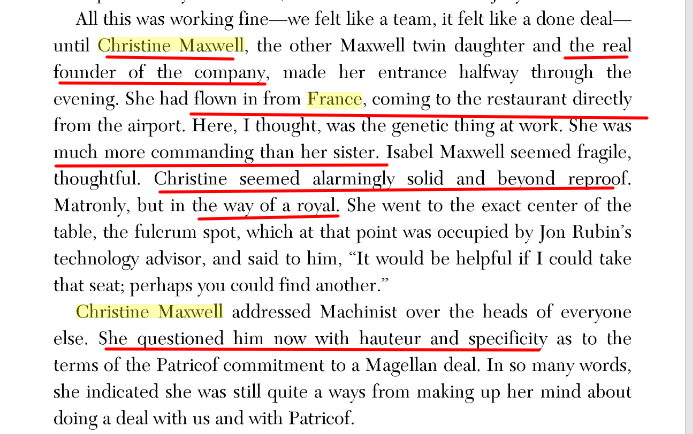 A french article about Christine and her father, Robert Maxwell.
"Because I worked in publishing, I was perhaps closer to my father than others." 📌 Closer than Ghislaine? 🧐
Robert apparently foresaw a future of connected satellites & databases! 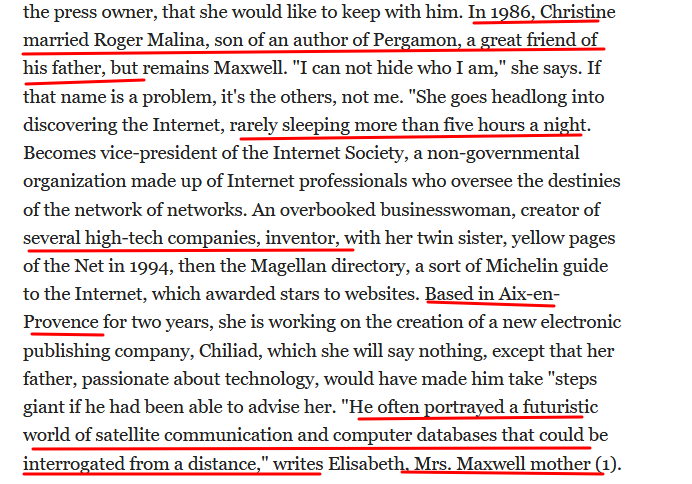 Christine leaves at 20 to study in California. Robert flies into a rage.
"I could finally live my life, without my father phone me every two minutes." 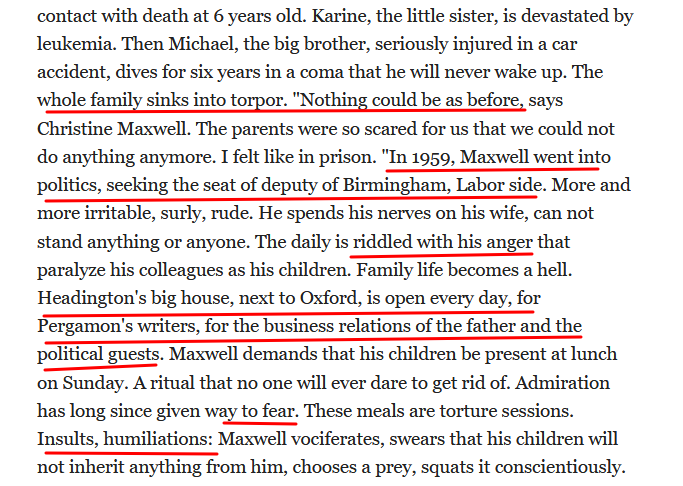 Christine married Roger Malina.
2011: an article about Mom's 90th birthday describes her thusly:
Oh! She's just a teacher who writes spelling books. GOT IT.
Her son dropped out to set up a biz? which one? 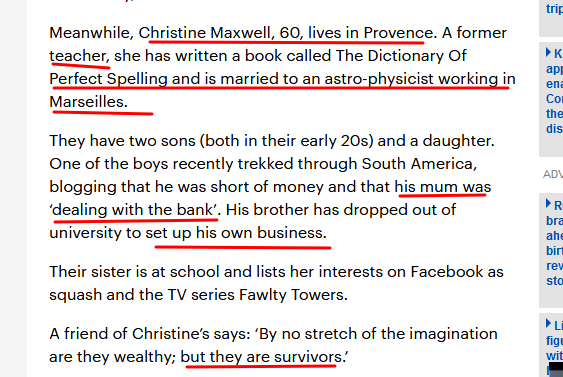 Frank Malina was a kinetic artist and aeronautical pioneer. Very science. Much stars.
He was fascinated with cross-over between art and science/tech. His son Roger married Christine and carried on that work.
Leonardo is the group they made. Nonprofit. 📌
https://vimeo.com/4441214 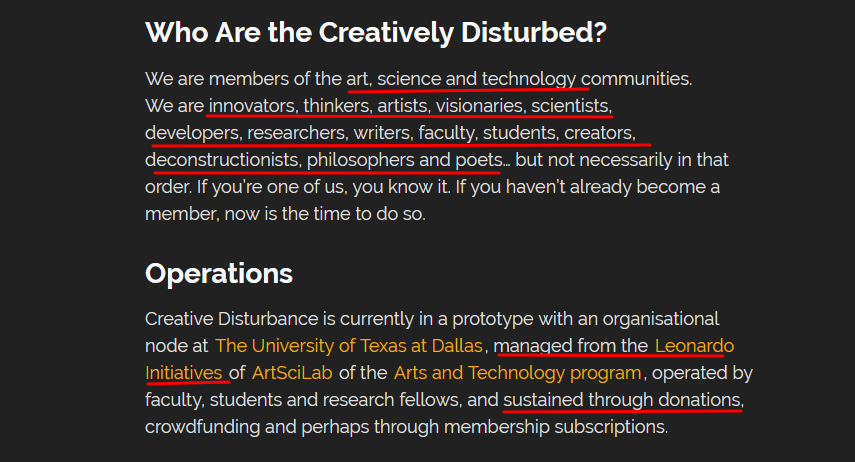 Roger Malina ( https://en.wikipedia.org/wiki/Roger_Malina …) is into dark matter, aliens, dark energy.
His dad was the first director of the NASA Jet Propulsion Lab.
Nothing in his wiki about Christine or children. Weird?

Frank Malina was critical to the US Space Program.
"Malina’s institutional legacy, in cofounding both JPL and the Aerojet Engineering Corp. (now Aerojet Rocketdyne), a major aerospace player to this day."
Born in Texas.
Developed rockets for WWII.

Frank was a pacifist and joined the Communist party.
Oh, and 5 people named him as a possible Russian spy.
But that was undone in 1954 due to "lack of evidence."
So.. cool.
Christine Maxwell married his son.
https://spectrum.ieee.org/tech-history/space-age/frank-malina-americas-forgotten-rocketeer … 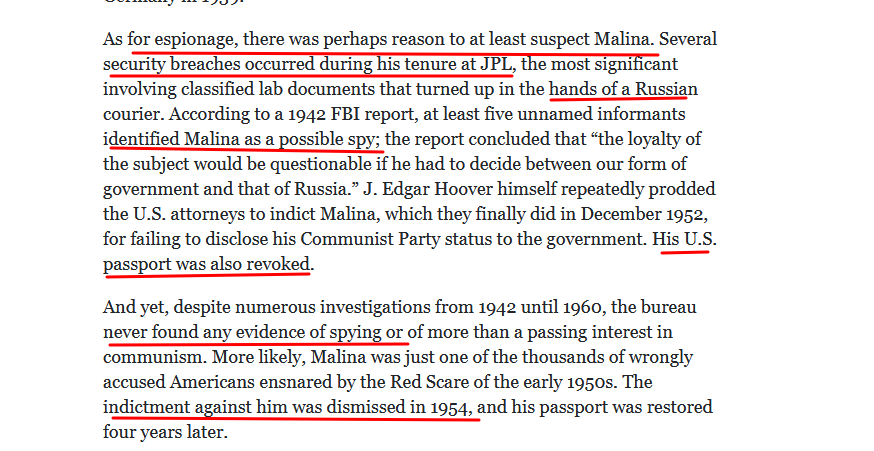 1953: Frank resigns from UNESCO, cashed out his Aerojet stocks, and became an artiste. Hence, Leonardo.

Qian Xeusen, a Chinese scientist, worked with Frank Malina's team on the Jet Propulsion Lab rockets.
He was accused of Communism.
Back in China, he worked on China's nuclear weapons program.
His wife's father was military adviser to Kai-shek.
📌
https://en.wikipedia.org/wiki/Qian_Xuesen …

Is it just me, or does it seem like "communism" was an easier charge for the law enforcement to shut someone down or watch them than "espionage?" You know, while everyone was working on nukes and rockets.
Seems strategic to me.

Christine's company gets nice govt contracts for data mining in law enforcement & counter-terrorism.
Branches into healthcare data.
The internet is mostly empty of her and Roger, and they are RARELY mentioned together.
Did they have parties? Did they have friends? Who? 🧐

There's a fascinating interview here with Sidney Weinbaum, the guy who did 4 years in prison for perjury for "communism." Really interesting stuff.
Good friends with Frank and Robert Oppenheimer.
http://oralhistories.library.caltech.edu/220/1/Weinbaum%20OHO.pdf … 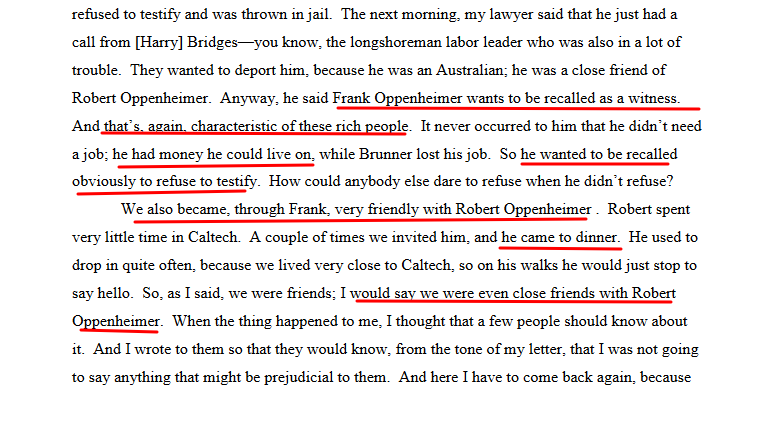 Christine co-founded Chiliad with Isabel according to some reports.
Chiliad and Palantir show up in a wikileaks file⬇️
https://wikileaks.org/hbgary-emails//fileid/7792/2831 … 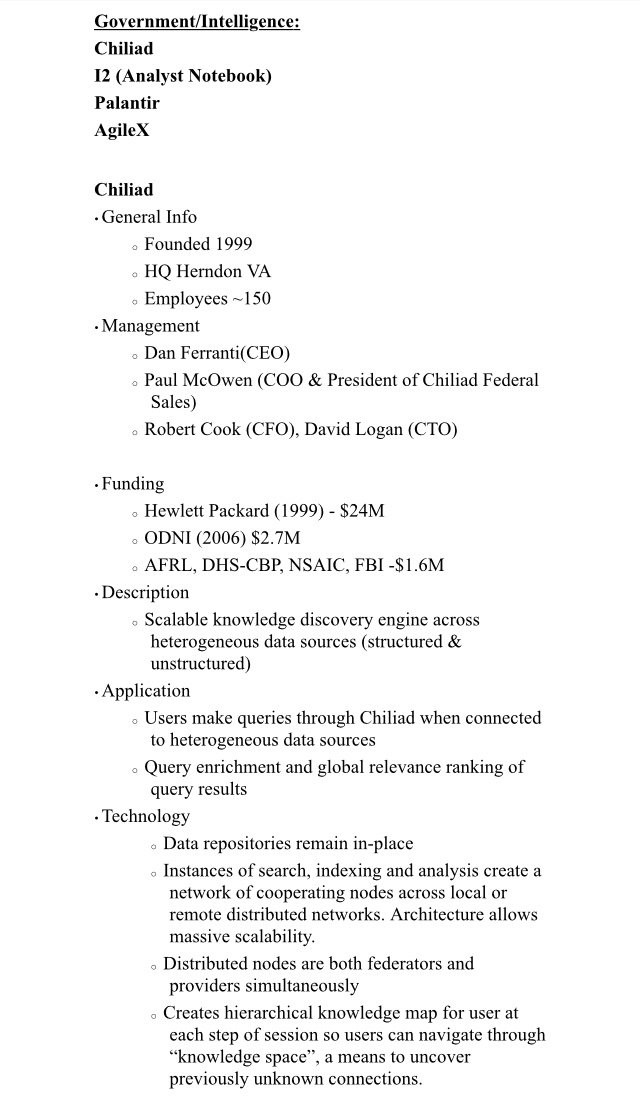 Chiliad and Palantir staff appear on panels at a lot of the same conventions. Stuff about govt data security and such.

Here’s a look at the database system Chiliad built for the FBI. It enables them to search everything from the Joint Intel Comtees to DARPA.

The FBI was sued over its lack of privacy. 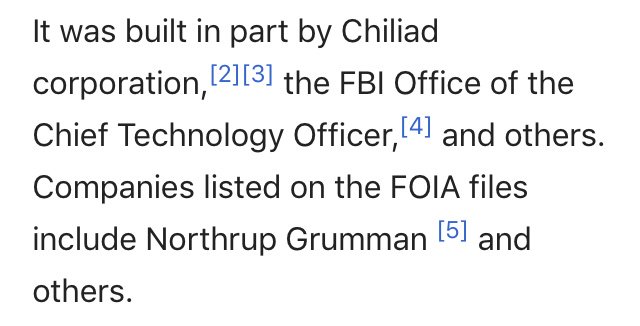 "FBI intends to .. use IDW for "link analysis" (looking for links between suspects and other people) and to start "pattern analysis" ("predictive behavior")" 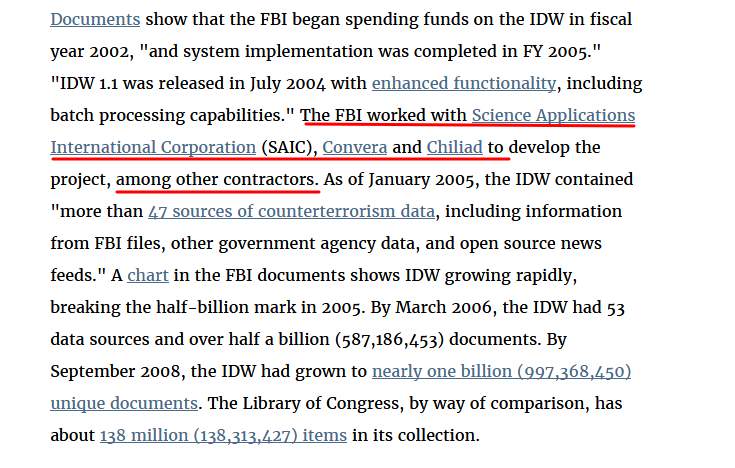 Bear with me here.
If Robert Maxwell worked for Russian mafia boss Semion Mogilevich,
Did Robert's children inherit that obligation on his death? 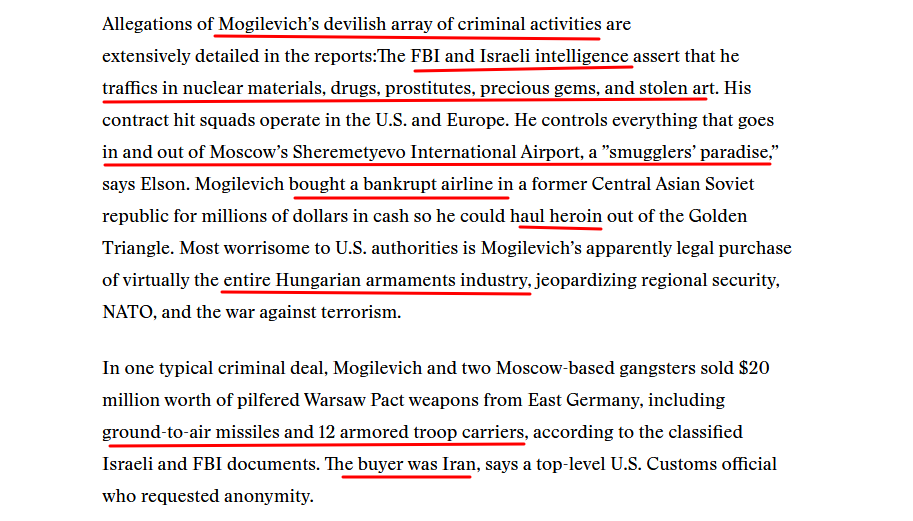 Are the Maxwell children beholden to Semion Mogilevich?

Does Mogilevich (thru Christine - Chiliad) have a backdoor into the FBI IDW data warehouse?

If true, how would Mogilevich use that info?
Could he pinpoint his targets and give Ghislaine their names to invite them to kompromat parties?
Scientists, artists, philosophers, top military brass, billionaires: all would be desirable people to have in his pockets, yes? 📌

The Maxwell dynasty can't be the only family with obligations and debts.
There will be others.

See what Maxwell did for Israel, while making $500m ⏬