A quick thread on Portland and the distortions of Andy Ngo, who was not at Saturday's rally.

Antifa didn't "find" him. He deliberately provoked all day. Rode his bike into the middle of black bloc protesters. Sprayed in face? Yes... with silly string 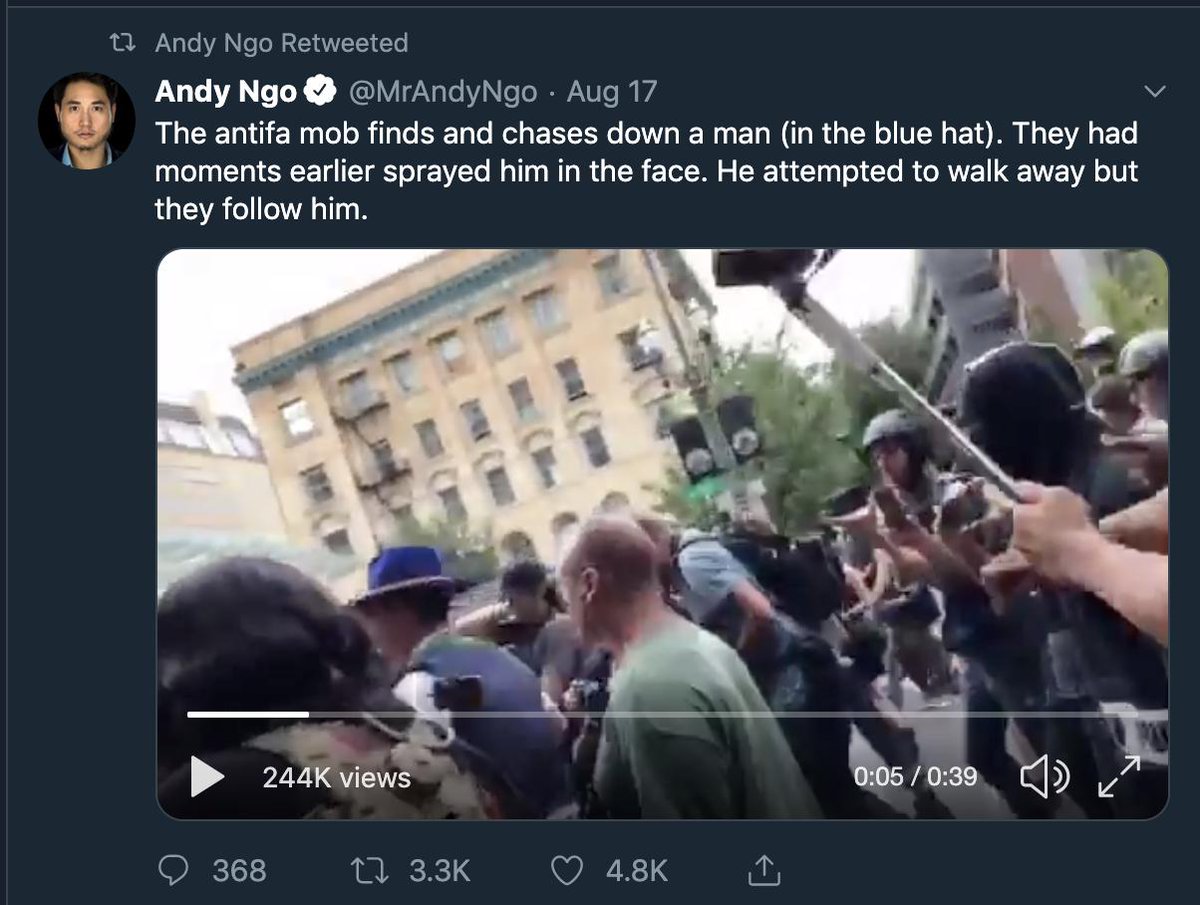 Here's an article about Isaacson:  https://www.portlandmercury.com/blogtown/2019/04/19/26305697/city-employee-with-alt-right-ties-made-coworkers-feel-unwelcome-and-fearful …

Andy claims a bicyclist swerved to avoid "an antifa person." A reporter on the ground saw it differently. 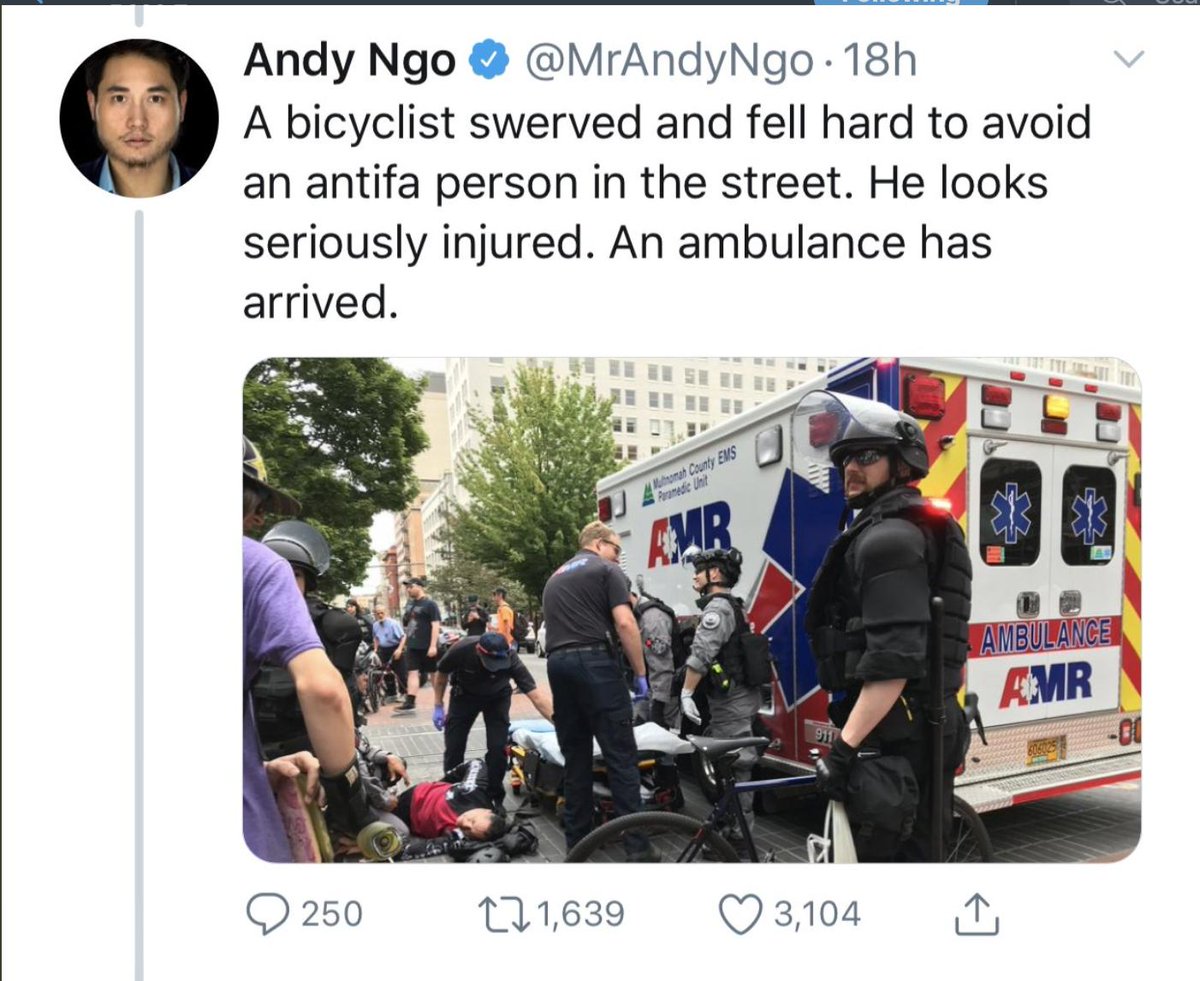 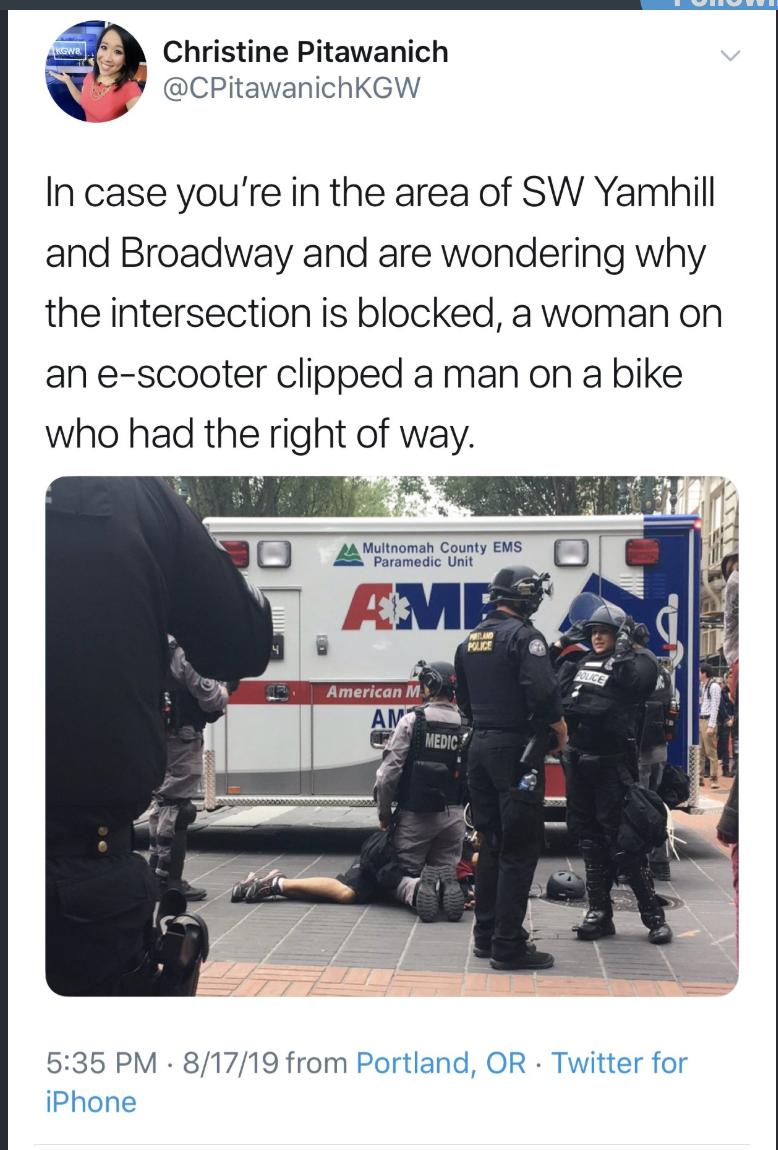 This dude was part of American Guard, whom the Anti-Defamation League has described as "hardcore white supremacists." He opened the bus door to charge at counter-protesters with a hammer, which an anti-fascist then seized from him. 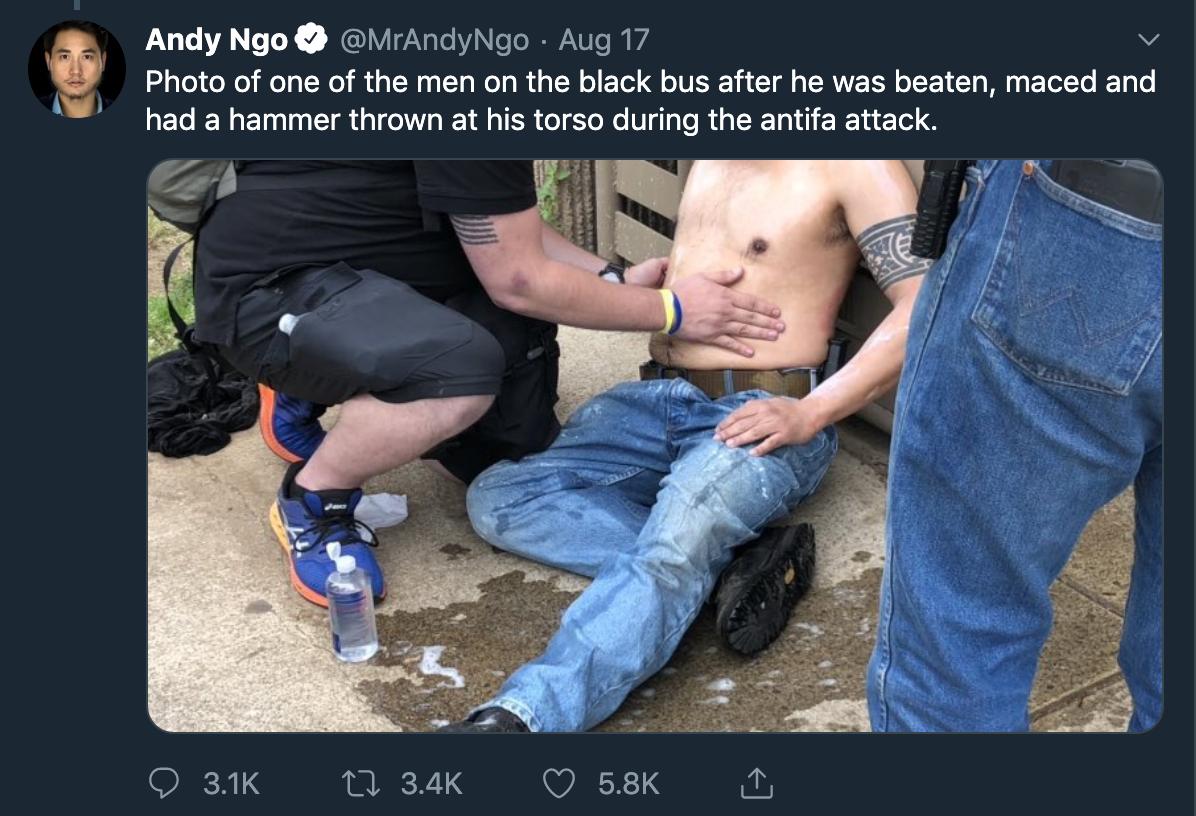 I saw this all go down. Police were absolutely in sight. They arrived quickly and broke things up. 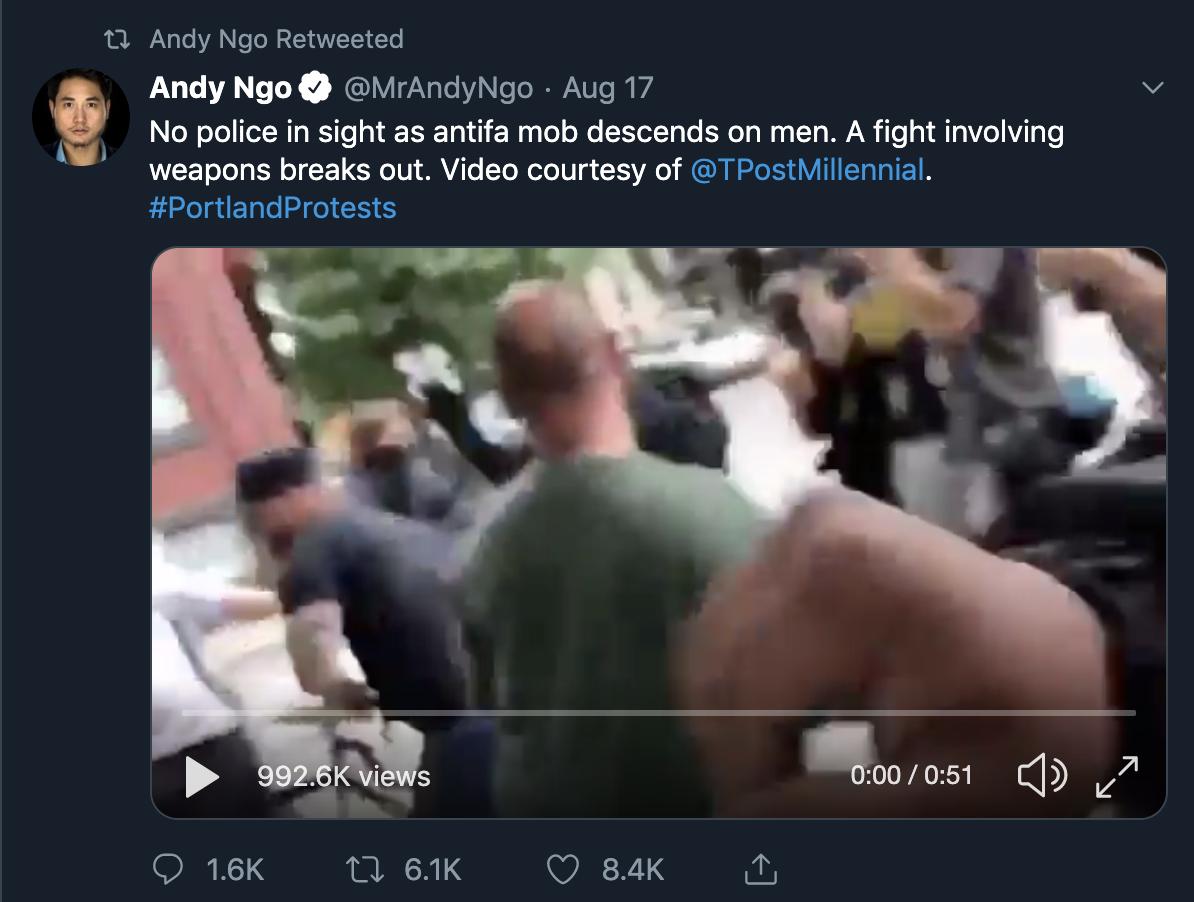 Andy omits some context here, insinuates the bear spray belonged to these anti-fascists. I don't think that's true. Early Saturday I saw cops confiscate a flag pole from a crew of Proud Boys/Portland Liberation/MAGA people. Also confiscated: that identical can of bear spray. 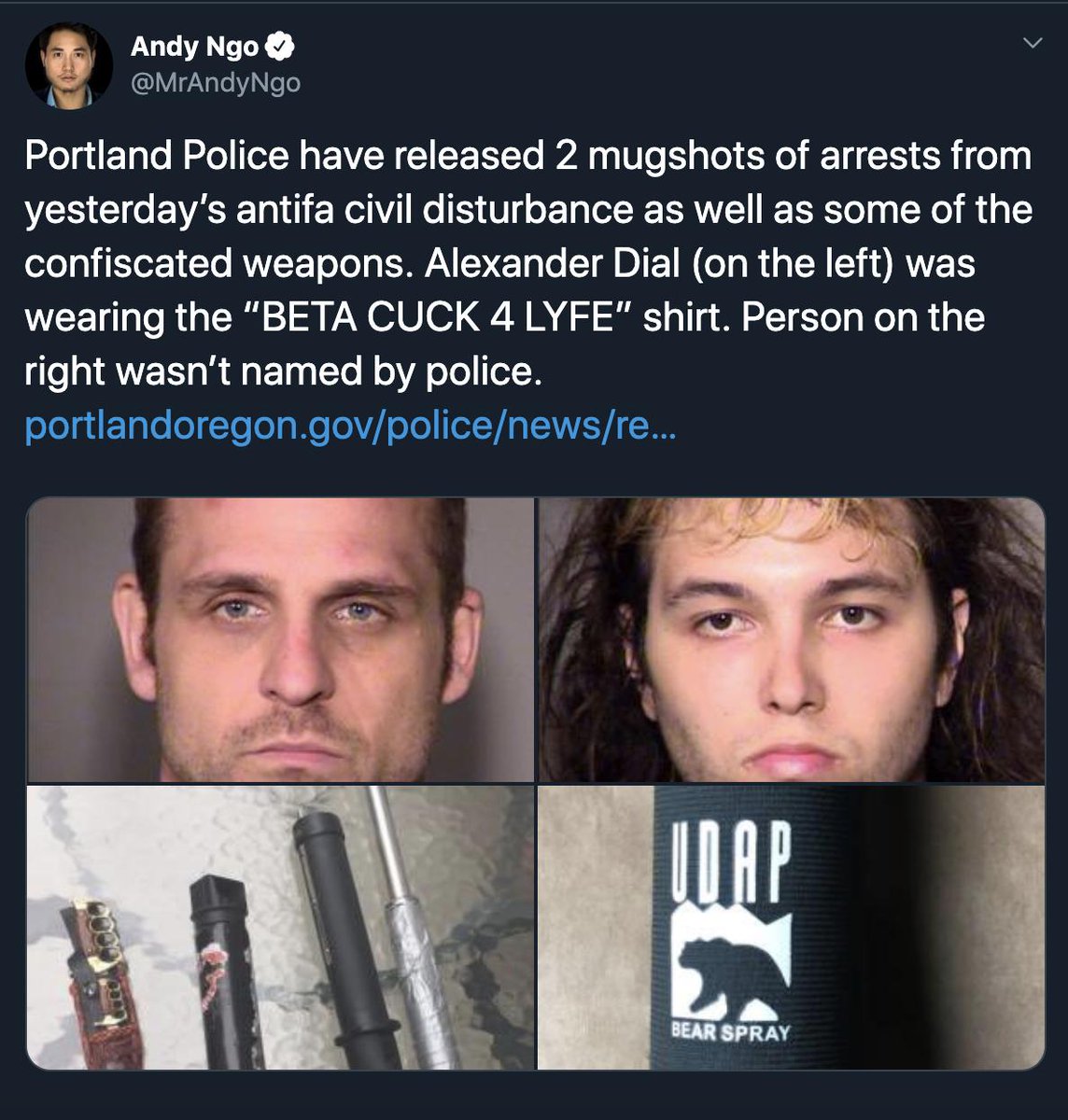 And this man is John Turano (aka Based Spartan), a well-known & violent white nationalist. That "young girl" is his adult daughter, who is in her 20s. 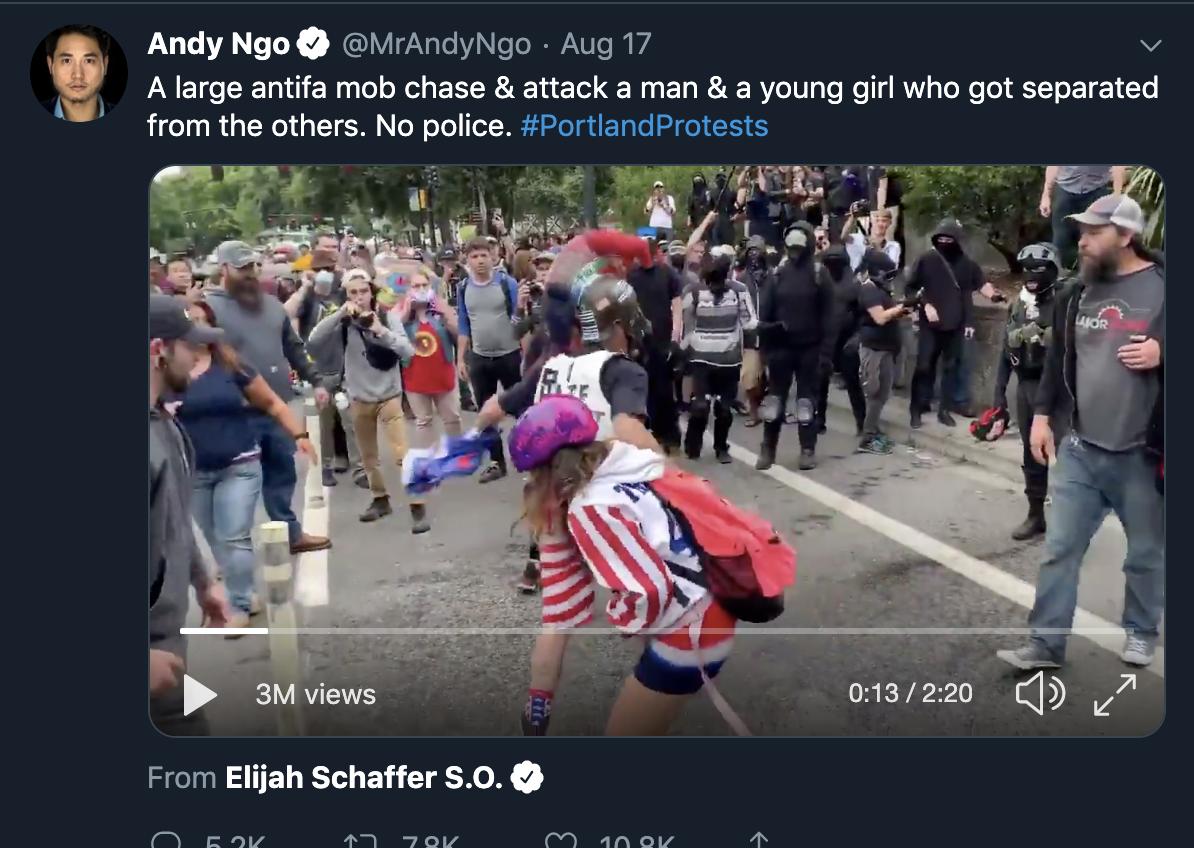 And here's a post Turano made before the rally. "I hope my daughter gets her ass beat... standing with me is dangerous.... I welcome the violent and the hate." (h/t @krossny1 for finding this) 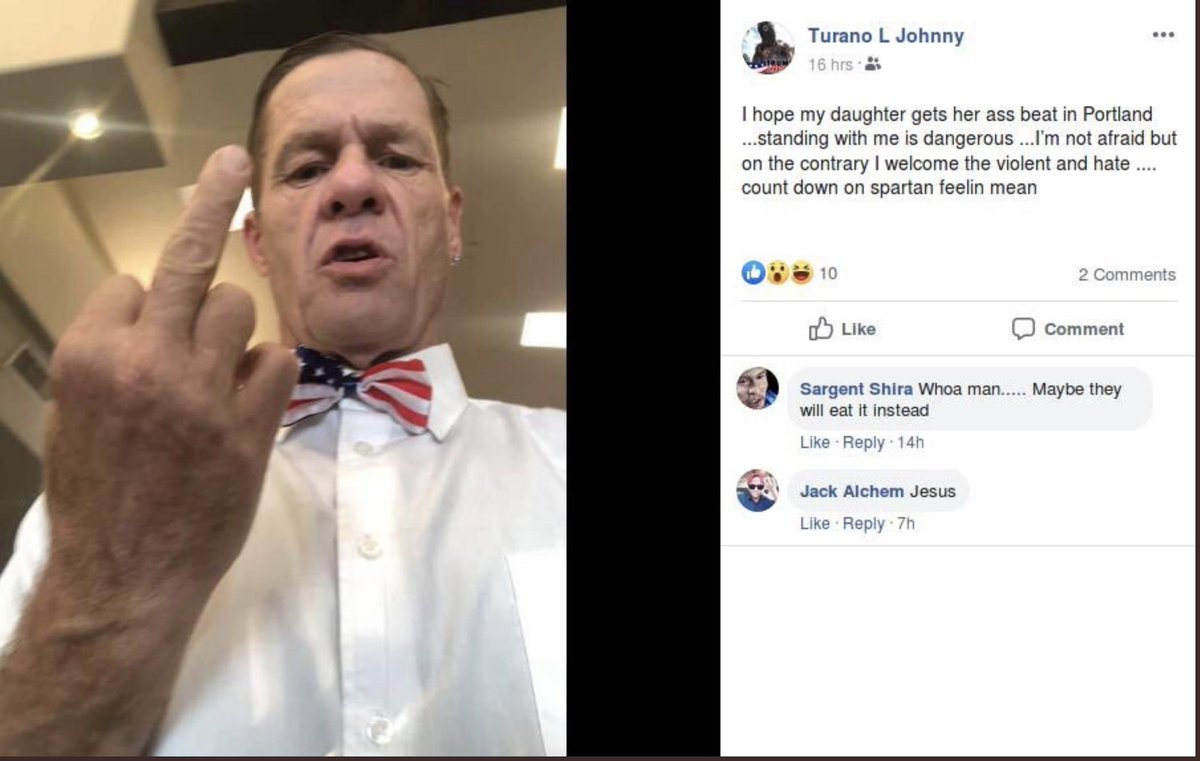 I'm sure people have identified other distortions he's made, but at any rate, Andy Ngo has found a lucrative far-right grift amplifying anti-antifa propaganda.

It's a project with a few goals:

1) it wants government repression of leftist movements
2) it wants to portray leftist movements as somehow just as violent as far-right ones, which is a blatant lie.
3) it seeks to both obscure & distract from deadly white nationalist violence

And here's me and @AndyBCampbell's dispatch from the Portland rally  https://www.huffpost.com/entry/proud-boys-portland-rally_n_5d59390ee4b0eb875f2539c4 …

Also, @shanedkavanaugh has a good breakdown of some of these distortions as well:  https://www.oregonlive.com/news/2019/08/1-hammer-1-antifa-mob-chase-a-closer-look-at-portlands-viral-protest-moments.html …