Will Oremus @WillOremus oh-REE-mus. Senior writer for OneZero at @medium: onezero.medium.com/ Previously: @slate. I write about how tech shapes us. DM for Signal. Aug. 19, 2019 1 min read

I wrote about China's social media campaign to turn Hongkongers against each other, and why it should worry us all.  https://onezero.medium.com/chinas-social-media-campaign-to-divide-hong-kong-should-worry-us-all-6174b4054c45 … 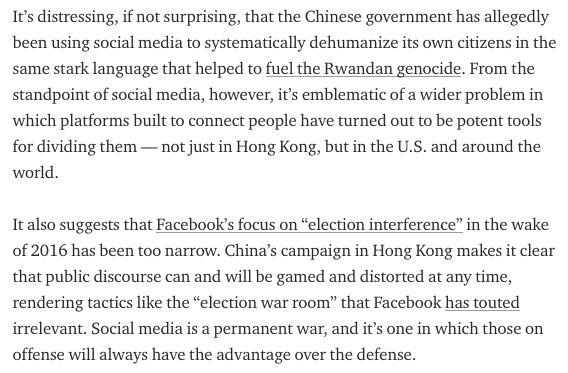 Google still has not replied.

Update with a few additional details from my reporting:
- FB and Twitter confirm this is the first time they've publicly attributed coordinated behavior to China
- That implies FB did not reach a conclusion in the case of the Taiwanese election  https://foreignpolicy.com/2019/06/26/chinese-cyber-operatives-boosted-taiwans-insurgent-candidate/ …
(1/2) 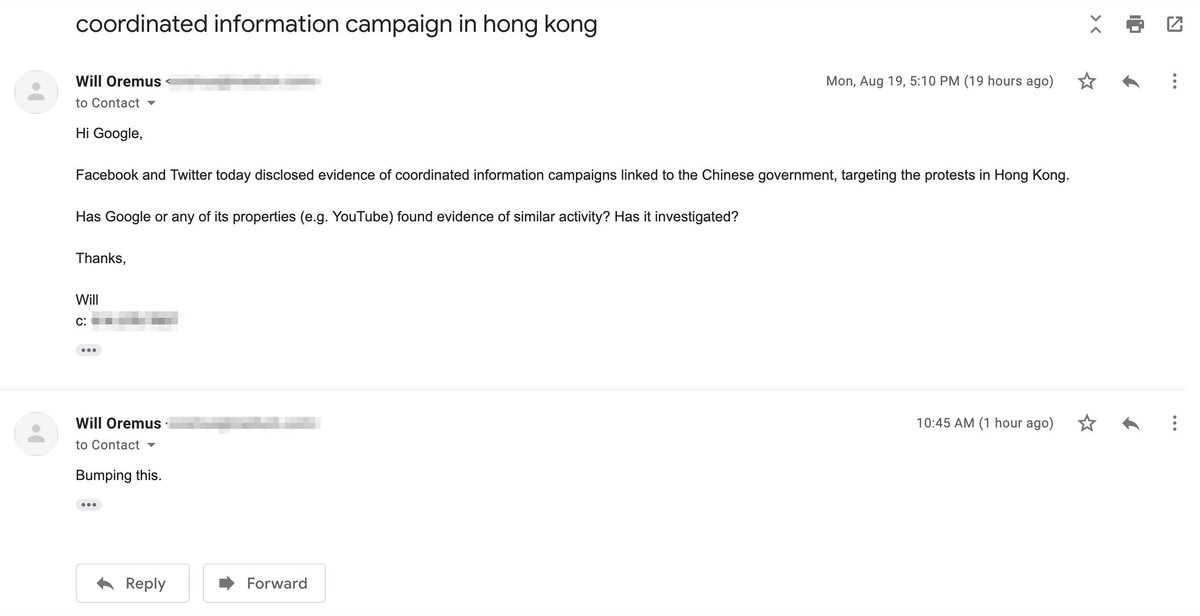