1. NEWS: I've just confirmed that the Trump admin is officially opposing a proposal by several southern African nations to sell their ivory stockpiles. This is a huge victory for elephants, the last time ivory stockpiles were sold, poaching skyrocketed.

2. Botswana, Zimbabwe, and Namibia put forth a proposal at CITES to get permission to sell their ivory stockpiles.

In 2008, when Botswana, Namibia, South Africa and Zimbabwe were allowed to sell their stockpiles, elephant poaching went up by 66%

3. The southern African nations that wish to sell their ivory stockpiles have been furious/frustrated by the opposition to their proposal. With some saying it smacks of neocolonialism.

4. An example of the frustration.

@nickmangwana, a top Zimbabwe government official, tweeted this in May.

“Our ivory stockpile is worth over $300 million which we can’t sell because countries without elephants are telling those with them what to do with their animals.” 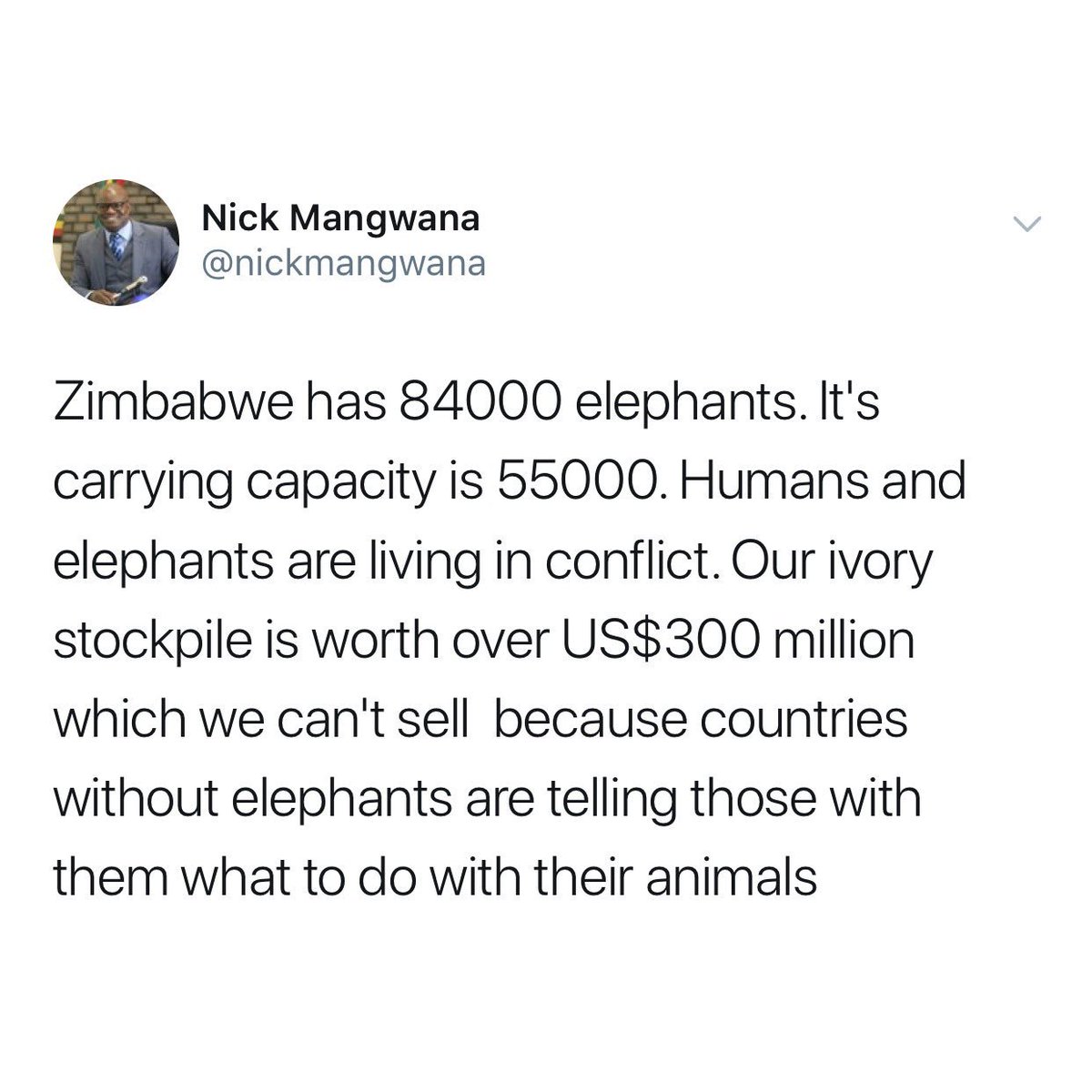 5. Partial statement from US Fish and Wildlife on the decision to oppose the proposal by some of the southern African nations to sell their ivory stockpiles. 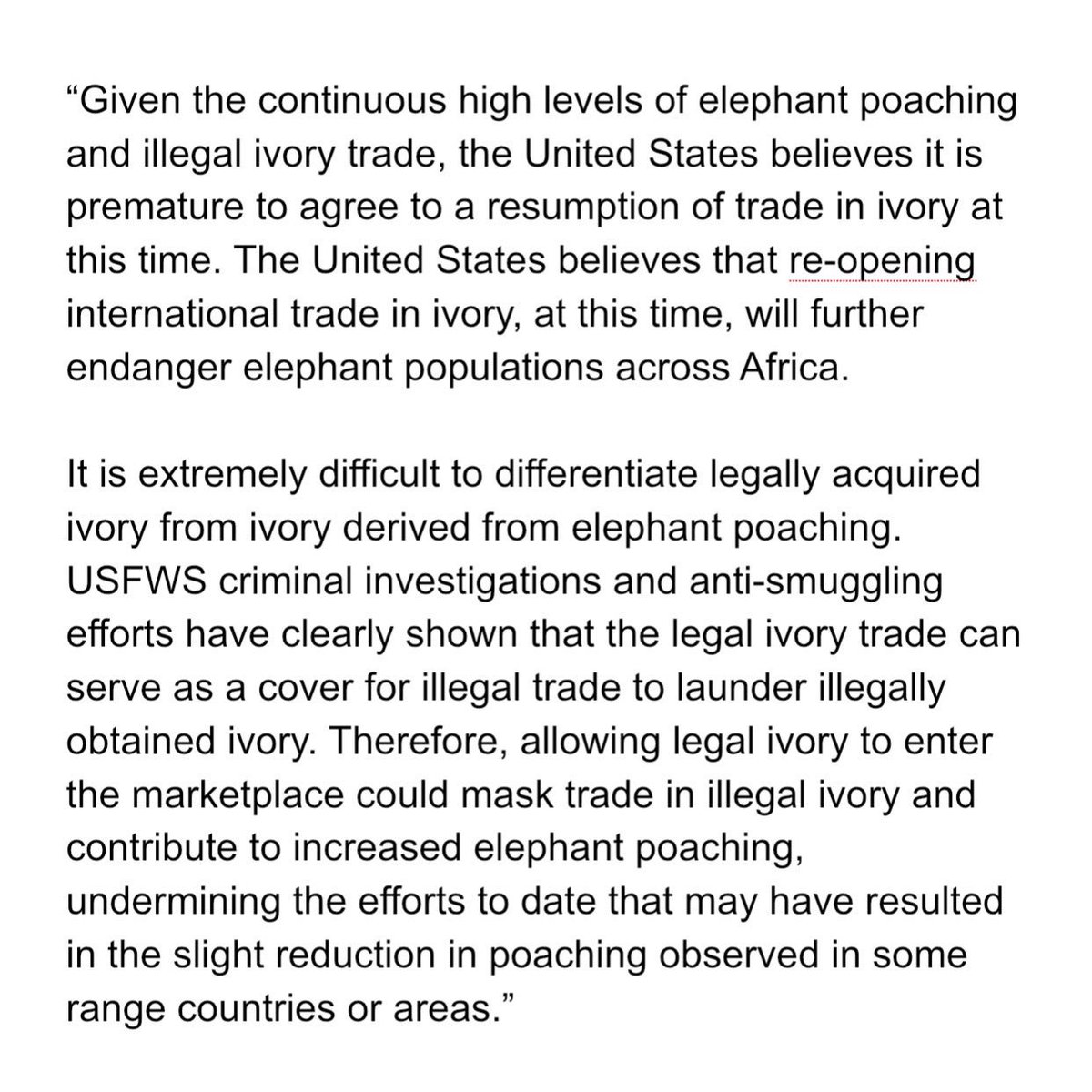 6. BREAKING: The proposal by several southern African nations to allow them to sell their ivory stockpiles has been rejected by a vast majority of the parties to CITES (which regulates wildlife trade)

A MAJOR VICTORY FOR ELEPHANTS!

7. NEWS: Zimbabwe's President Emmerson Mnangagwa is threatening to pull his country out of CITES (international treaty) after a proposal to allow Zimbabwe and several other southern African nations to sell their ivory stockpiles was rejected.

Here are some of his remarks 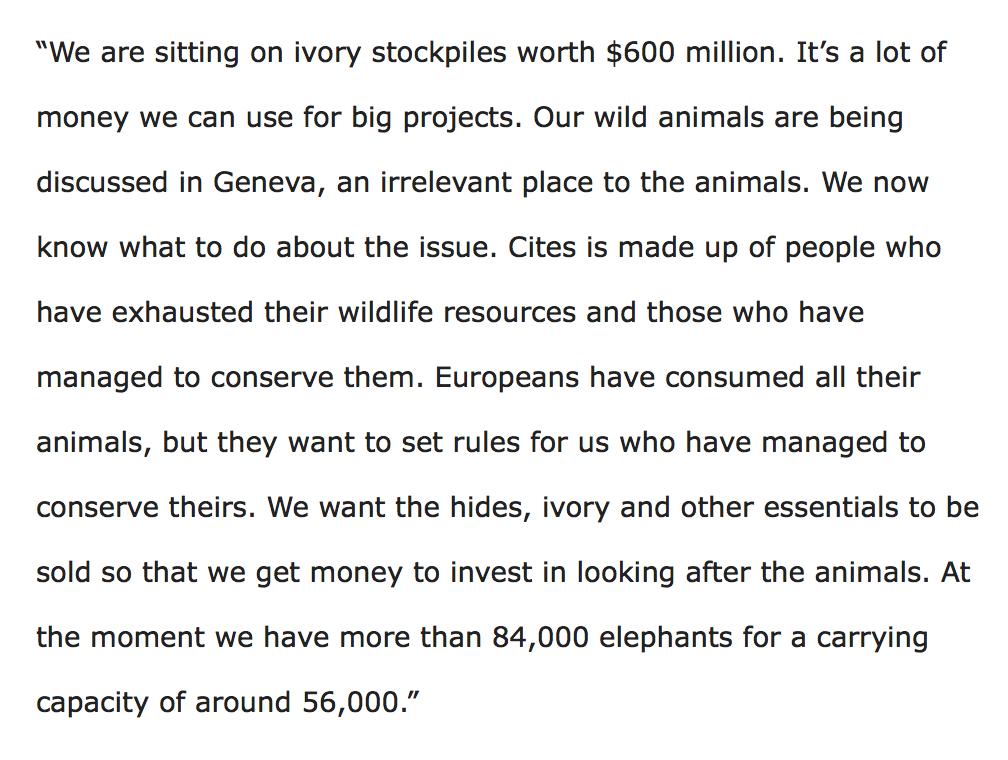 8. If Zimbabwe pulls out of CITES it may encourage other countries to pull out. This is an unmitigated disaster for elephants. As I note in this thread, the last time ivory stockpiles were sold, poaching of elephants skyrocketed.

A majority of the parties to CITES have agreed to a near-total ban on sending wild elephants to zoos and other places where they'll be captive (like the circus). The only exception will be to countries who already have (or have had) elephants living in the wild!