1. The seasons are broken.
2. Butterflies will die.
3. Glaciers are vanishing.
4. Boreal forests face annihilation.
5. Coastlines are crumbling away.
6. Mountains are being destroyed.
7. Methane's escaping.
8. Mass Starvation has begun.

Newspapers won't focus on this.

"There’s compelling evidence from this work that human activities are now changing the seasonal cycle of temperature".

'Some of the most cherished species of all - butterflies - showed signs of a significant decline in population if not outright disappearance.'
https://www.britannica.com/topic/Disappearance-of-Butterflies-The-1948718 …

The pictures from this 2012 article are striking:

Feedback loops created by permafrost melt & wildfire destruction represent just a few of the calamitous effects of climate change on boreal forest ecosystems, which are particularly at risk to rising temperatures. 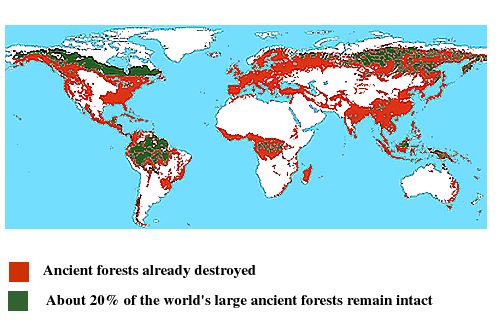 Storms in the Canadian Arctic are washing away increasing amounts of coastal permafrost -- frozen ground -- which is exposed when sea ice melts during the summer.

Mining companies have been allowed to get away with this:
https://www.mnn.com/earth-matters/wilderness-resources/stories/restoration-no-fix-for-mountains-destroyed-by-coal-mining …

Entire mountaintops have been stripped into barren wastelands:  https://gizmodo.com/these-cemeteries-are-all-that-remain-of-mountains-destr-1606223712 …

How do you describe the destruction of entire mountains?
https://www.independent.co.uk/voices/lebanon-mountains-environmental-destruction-quarrying-construction-industry-beirut-why-a8388006.html …


The only emissions scenario that achieves Paris Agreement goals in climate models assumes that methane levels have been declining since 2010. They have been rising since 2007.⚠️

Rising temperatures could be triggering wetlands to release more methane.🌡️

Over 100 million people are starving or close to starving today.