Next up, the Dissenter browser. This browser is a recent fork of @brave; their first-run is nearly identical to what you'd see in slightly older builds of Brave. What sets them apart is their built-in Dissenter extension. As such, I'm going to check its network activity too.

As I stated in the previous Tweet, Dissenter is a fork of Brave. As such, their first-run experience consists largely of internal resources. Most of the initial network activity comes when you open their extension UI. 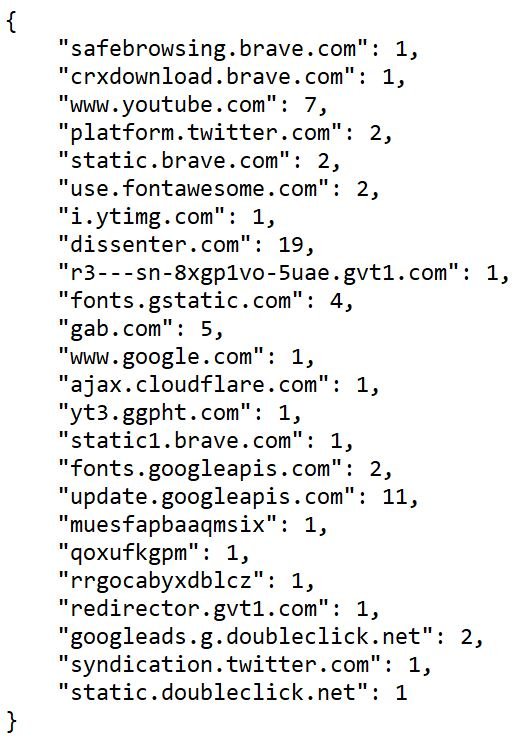 Like Opera, Dissenter also sends a Referer header to third parties, which identifies me as a new user of the Dissenter browser.

I'm noticing now too that they're using version 75.0.3x of Chromium. That version is a couple months old. I'll have to revisit Opera and Vivaldi too.

There's a call to  http://dissenter.com  for the /discussion/begin-extension path. Along with it, a query string that appears to carry the current URL. Checking this from another page confirms the URL is sent in the clear to Dissenter's servers when expanding the extension.

I suspected the early calls to Twitter (which setup a cookie on my device) might be problematic. Later visits to Twitter continue to identify me as a Dissenter user via an iframe referer header.

Also interesting is something I'm [not] seeing in these results. Unlike our previous browsers, there is no initial check for updated versions. Dissenter doesn't auto-update, which makes the already-months-old Chromium bits even more alarming.