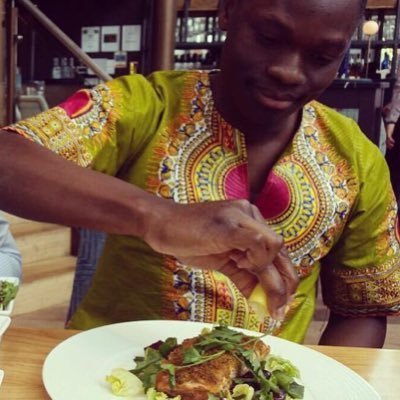 1/ i’m both an insider & outsider in VC. mostly i don’t think much of either and focus on the work. plus trying to put yourself in a ‘category’ with labels can be 2-dimensional...none of us are one or two things, we’re a multitude of makings…but some observations 👇🏾 [a thread]

2/ early on I was an unlikely VC & outsider given the following:

- born in Uganda, grew up/worked in Birmingham, not London
- not ex-operator, can barely code, & not ex-engineer
- not ex-IB or McKinsey consultant
- not private school educated--70% of people in private equity are

4/ each thing was kind of multiplicative rather than purely additive…and yes, lots of luck along the way too.

Ps. see Matthew Effect I mention in this blog post but in another favourite domain of mine  http://michaeltefula.com/the-defiant-ones-lessons-for-makers-and-investors/ …

- studied hard to graduate in top 10% of my accounting/finance undergrad class
- weirdly then wrote a book (mostly for fun/curiosity, not money), and wrote 2 more…
- established some cred by working in corporate finance

7/ None of the above things alone were guaranteed to get me where I was aiming at. But together, coupled with luck and meeting a few people who were willing to take a bet on me, these things opened doors that would have been closed otherwise.

8/ For outsiders considering VC, the journey is long but possible. I try to help others where I can (see the tweet below for something we’re working on that might apply to you.)

9/ For everyone else, I have a blog post on the way that might help in your journey too 🙏🏾