Reminder: this is what Stephens, who emails people’s bosses complaining about mean twitter comments, said in defense of Tucker Carlson, when Carlson said Iraqis are “semiliterate primitive monkeys.”

These tone policing social injustice warriors have absolutely no problem with “cancel culture.” They’ve been living in and profiting from “cancel culture” their entire lives. Their objection is this new highly unlikely possibility that that they might get canceled.

Oh Bret is so committed to ideas he deleted his Twitter.

Screen shot at your service 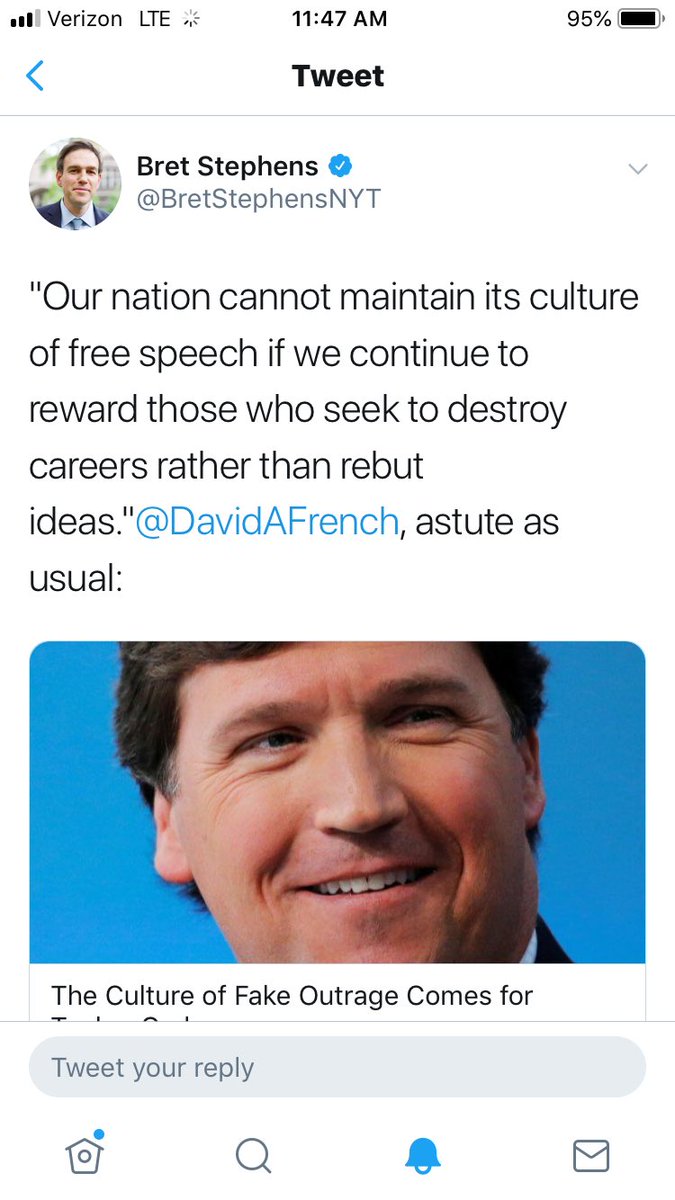