My god @Dior/@LVMH...haven’t you learned anything?

2. Keep in mind the name of this cologne is "Sauvage" which is "savage" in French. This cologne is not new, but using a Native American theme is new.

Also keep in mind that Johnny Depp is the spokesman for this cologne.

@Dior/@LVMH has a long history of this

3. From the press release @Dior/@LVMH sent out

A) Is there a shortage of concepts? They HAD to do this? No other ideas in all of LVMH?

B) Every community has folks willing to consult on stuff like this, it doesn't protect a company from their decisions 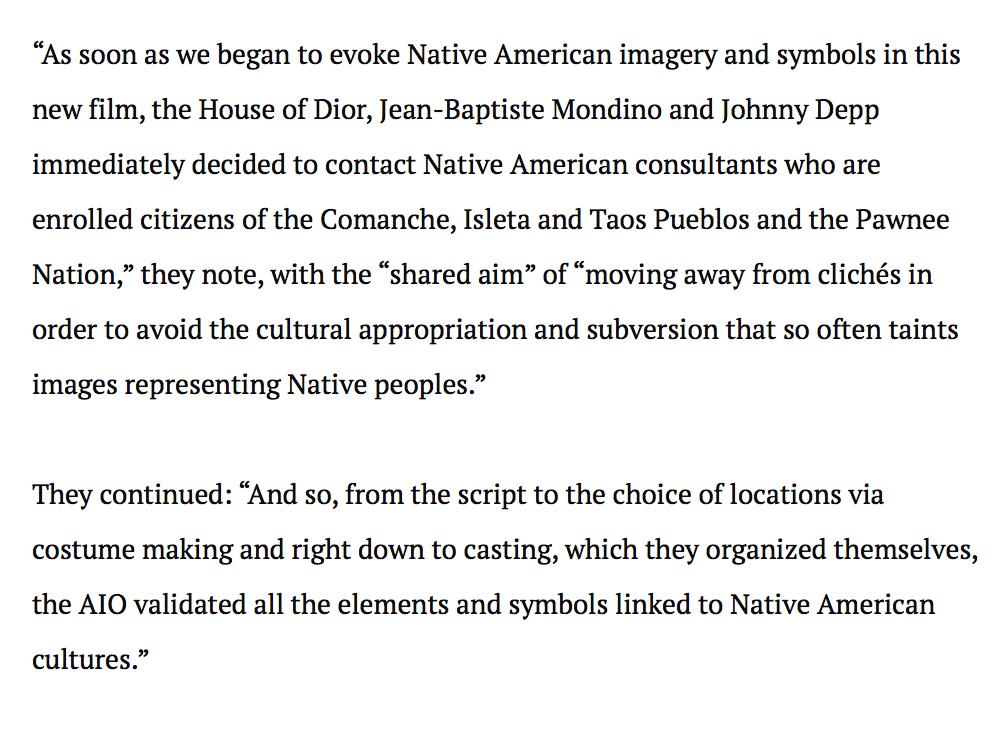 4. OMG the full @Dior/@LVMH ad is worse than the teaser!

This ad is unlisted on YouTube so that's why it hasn't gotten as much attention as the teaser in the first tweet in this thread.