What happens if the bond bears are wrong and the shock is not a sharp rise in yields, but instead a fall in yields so far yet unimagined. How about -4% in US 2 years? 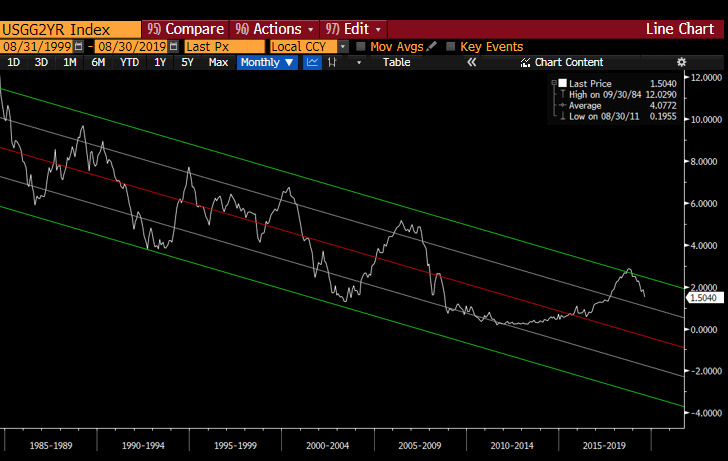 And maybe, just maybe, that is consistent with a total and complete breakdown of the Commodity Index i.e. a deflationary breakdown? 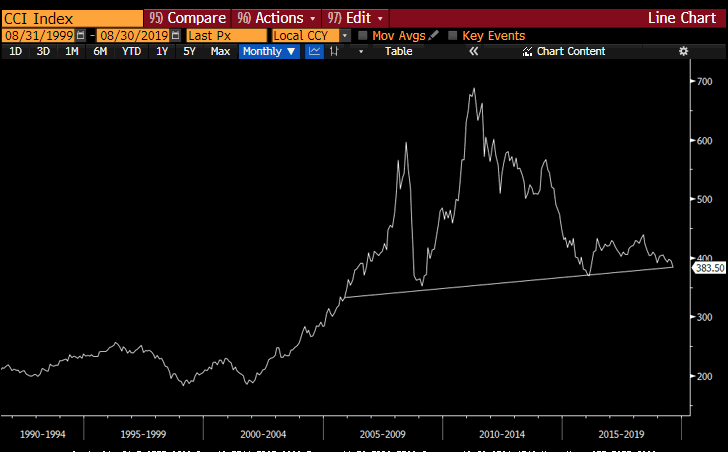 And what happens if that was consistent with the breakdown in the EU banks? 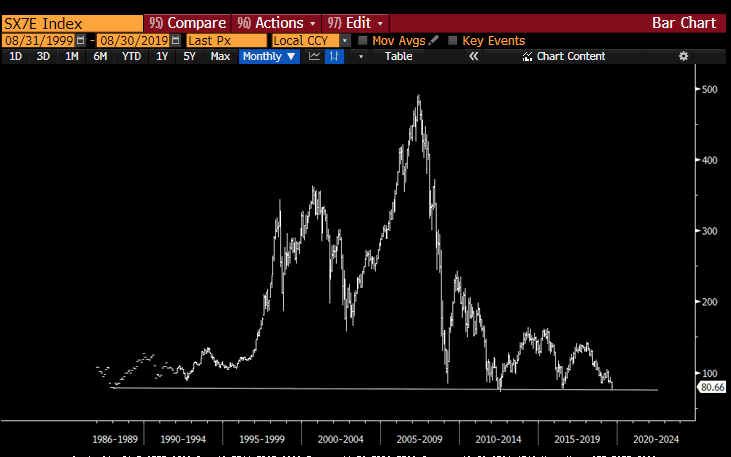 And maybe, just possibly, the chart of the US banks versus the SPX is telling the same story? 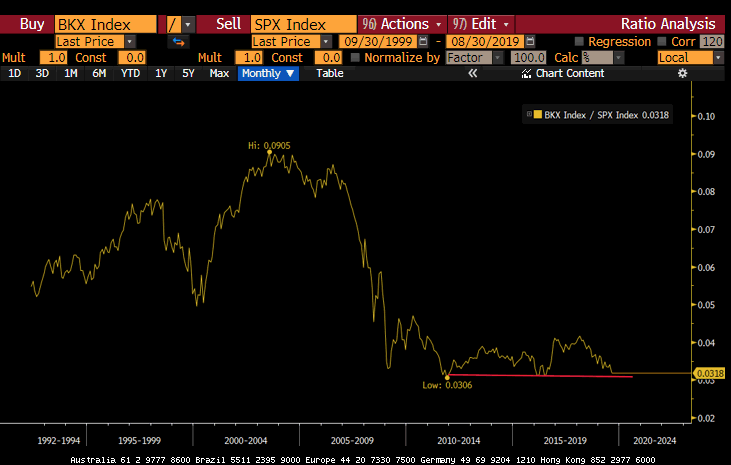 And even the Japanese banks too... 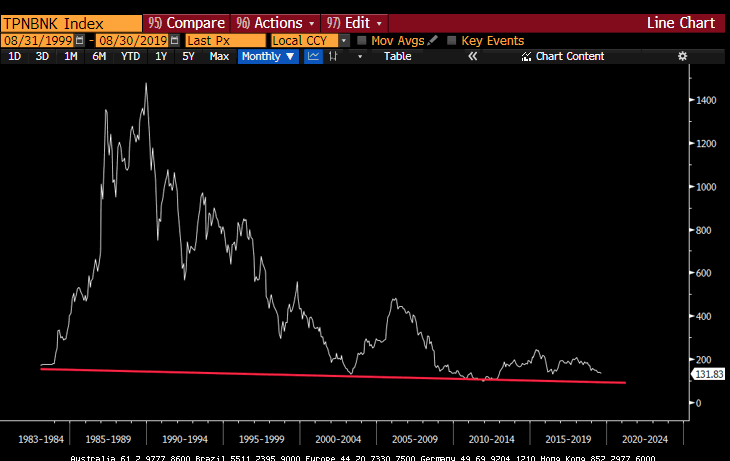 Could it be that the gold chart versus 27 currencies is consistent with this story of deflationary collapse? 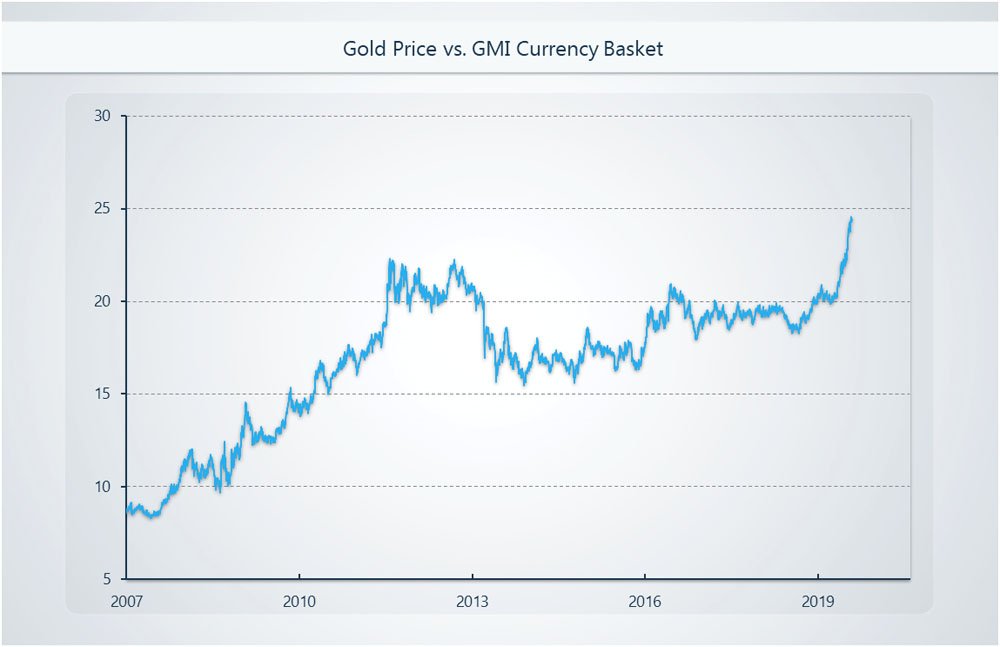 Or even the potential trend break of a 60 year bull market in EM equities? 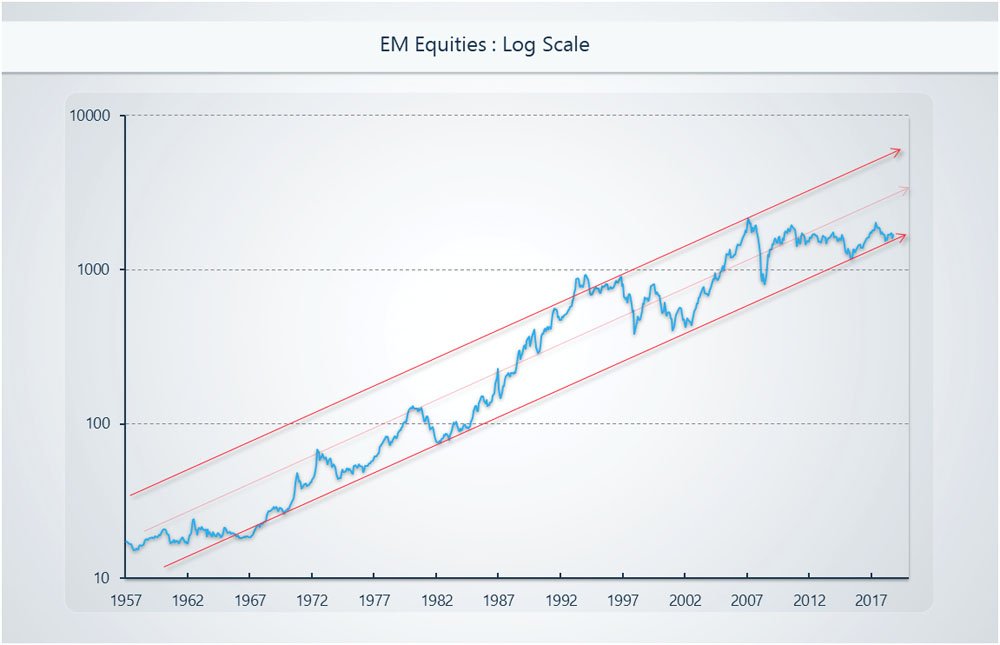 Could it be that this is all to do with the dollar breaking out versus all the Asian currencies, in the biggest technical break in the history of FX markets? (Chart lower = $ higher). 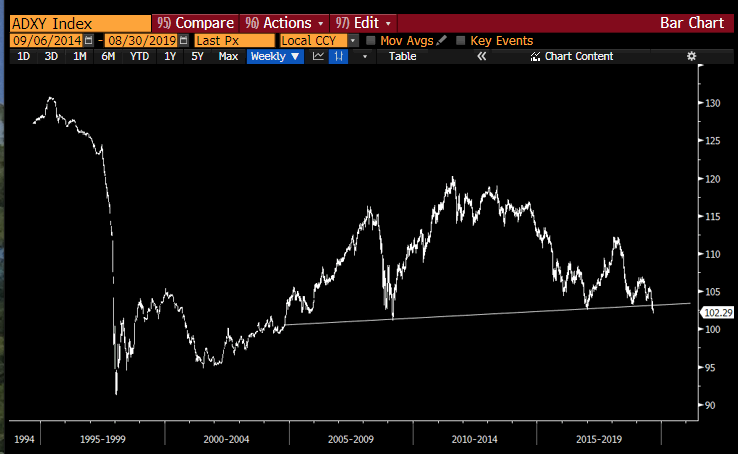 Or might the break higher in the Fed Trade Weighted Dollar Index mean something equally big? 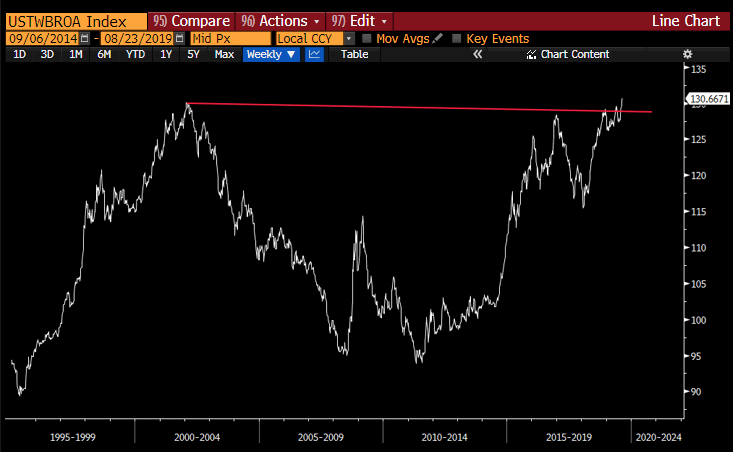 Sure, this could all be a coincidence. I wouldn't bet on that.

Frankly, I don't care what the snarks think.

This is a reality. Maybe it is THE reality.