ZAO is quite impressive.

This is the most impressive ZAO I have seen. Looks near-lifelike. It nailed the lips; this would require an incredible amount of training data and itteration time in a typical deepfake flow.

I'm not sure how this works, honestly. It feels like a bit of a step-change in how we think about deep fakes. It relies on a catalog; you can't upload a clip. The clips are pre-trained, possibly with a large facial dataset that creates generic facial shapes w/ swappable textures.

Good context from Allan in this thread.

For an app that only supports Chinese phone numbers & is only available on Chinese App Stores, the level of virality is pretty intense. It's flowing over the wall. As China tech begins to understand western markets, I think Chinese products will blow past FaceApp virality.

Remember the Meitu blip? That was an equally impressive app. If ZAO hits the U.S. market, I'd expect to see an even bigger viral wave. It of course came with a data privacy controversy.  https://techcrunch.com/2017/01/19/meitu-app-collects-personal-data/ … 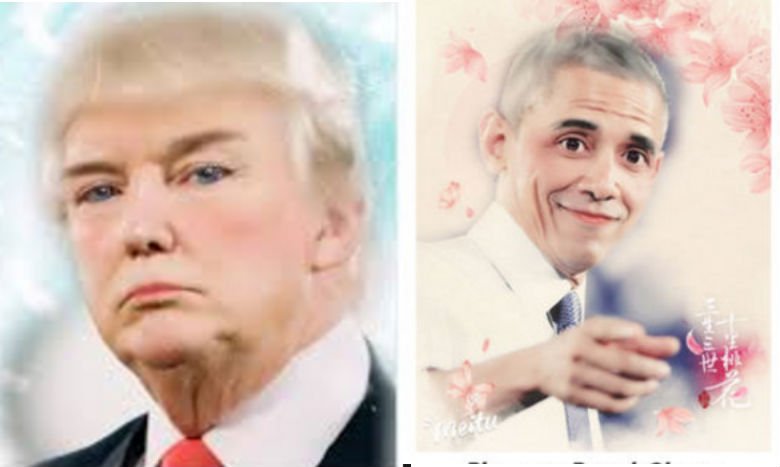 There has been an interesting response on the Chinese web about this app. As Tencent does, the content now can't be shared on WeChat. They say it's a reaction to the user agreement & security risks. Probably actually about protectionism & Xi meme control.  https://technode.com/2019/09/02/wechat-blocks-deep-fake-app-zao-amid-data-collection-concerns/ …

It was built by Momo, and Momo has faced a lot of crackdowns around moderation this past year. Tantan was banned from Chinese stores in April, though was eventually reinstated. They also faced an undisclosed data breach — and the Chinese conscience now cares about that.

ZAO comes at a point when facial recognition is now deeply engrained in finance, & the app asks users to verify their identity w/ an invasive facial scan. It kind of resembles the Face ID setup; it may be collecting this as training data too. Interesting user shifts on this front

There are a lot of western concerns, too. They're different; the Chinese concerns were largely about the copyright terms of the user agreement, like the Instagram one years back, but these are about China w/ the Russia-FaceApp narrative still in the air.

But, in reality, this is really nothing with respect to the Chinese ecosystem. A drop in the bucket.

We haven't seen large scale exploits of the Chinese facial recognition authentication frameworks yet. They all claim to be 'secure.' The big one is coming, though, & I think that is when we will see an interesting privacy zeitgeist appear from China. When it hits the bottom line.

Approaching ZAO with the mindset that the Chinese government wants to steal your western phone number and face is, just, wrong. There are real concerns about on-shoring data, national security, and haphazard data security — but these are bigger than the latest viral filter app.

We should probably instead be focussed on that SoftBank-backed viral app used by active military & angsty teens that is currently shadow banning & censoring a massive pro-Democracy movement within a conflicted territory. If we're going to build the cultural firewall, go big 🤷‍♂️