I read your thread about guns, the Bible, self defense, and black rights (which made no coherent argument).

You left out how you, the NRA, and Russia use guns to play politics and to further your own goals.

1/ From Yale prof. @TimothyDSnyder an expert in Russian fascism: When Putin took a close look at the U.S. for weaknesses to exploit, he noticed the uncontrolled gun violence.
https://www.chicagotribune.com/entertainment/books/ct-books-road-to-unfreedom-timothy-snyder-20180403-story.html …

2/ Putin understood that there was no better way to stoke discord in the U.S. than to pump more guns into the hands of citizens.

You see, Ted, outsiders (like Russians) understand right away that the idea that gun ownership equals freedom is nonsensical👇  https://www.chicagotribune.com/entertainment/books/ct-books-road-to-unfreedom-timothy-snyder-20180403-story.html …

3/ Now let’s talk about you and how gun violence serves your political goals.

I don’t mean the obvious stuff, like all those GOP politicians taking money from the NRA.  https://www.businessinsider.com/nra-political-contributions-congressional-candidates-house-senate-2018-2 …
Or how the NRA pumps money to Texas politicians like yourself.  https://www.texasmonthly.com/politics/texas-nra-campaign-donations/ …

4/ I mean why reactionary politicians like yourself pray for victims but take no steps to prevent future massacres.

“What’s a reactionary?” you ask.

Reactionism “draws on conservative values and an aversion to what is new.”

7/ In America, a powerful desire to return to the past means returning to white male dominance, because that’s what we had before the Civil rights and women’s rights movements.

That’s why so many of the angry shooters are white.

8/ If that’s not enough academic authority, Hofstadter, in his classic work, talks about the paranoid style in American politics.

Those with a paranoid style “feel dispossessed” and that “America has been largely taken away from them and their kind.” 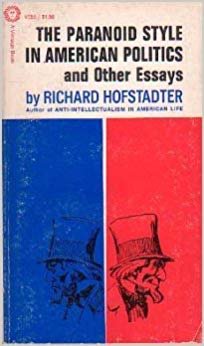 9/ They are “determined to repossess it and prevent the final act of subversion.”

They will stop at nothing to prevent what they see as an impending calamity.

(See the connection to guns, Ted?)

10/ Hahl, Kim, & Sivan, in “The Authentic Appeal of the Lying Demagogue,” similarly discuss “a crisis of legitimacy.”


This is why reactionaries seek to destroy our political institutions.

12/ Sound familiar, Ted? It should. Trump’s presidency is about destroying political institutions:

Resentment over the fact that white (Christian) males are losing their dominant status in America.

In the 1970s, the NRA undertook a concerted legal and propaganda campaign to persuade conservatives that liberty meant unfettered access to guns.

14/ The demand was for no gun regulations. Because if you want to destroy, it helps to have gun and gun violence.

Evangelical Christians also joined America’s right wing extremists. They don’t like that white male Christians are a shrinking part of the electorate.

So they, too, want to destroy political (secular) institutions.
https://www.playboy.com/read/in-billy-we-trust …

Quoting the Bible appeals to them, even if the argument makes no sense. Because it doesn't have to make sense.

17/ In The Road to Unfreedom, Snyder wrote that by 2016 Russians including Butina and Alexander Torshin were seeking to infiltrate the NRA.

18/ Remember Maria Butina, the Russian agent who was cosy with all those big shot Republicans and the NRA?

Butina entered the US with a persona perfectly calibrated to appeal to America's reactionaries.
https://abcnews.go.com/Politics/maria-butina-russian-activist-linked-nra-charged-conspiracy/story?id=56626626 …

19/ Butina told an “irresistible” story of herself: A “scrappy” girl from Siberia fighting for gun rights in Russia.

The GOP fell for it.

The GOP base still falls for all the nonsense.

20/ Because most Americans don’t have a forceful desire to return to the past, or a desire to destroy the "political establishment."

For that matter, most Americans don't have a desire to destroy.
They want to build and preserve.

Your base, Ted, is rapidly shrinking.

(I included👇but the cover didn't attach.) 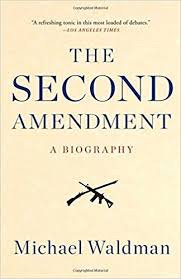 Do you really think it's a good idea to put guns into the hands of the angry white men who get even angrier when Trump stokes their rage?

(We saw the latest gun legislation in Texas, so we know the answer to the question I posed in the last tweet.)

Meanwhile, pictures👇You might find some of your friends posing with Maria Butina.

All my threads are also blog posts. You can see this one here:  https://terikanefield-blog.com/ted-cruz-the-bible-the-nra-and-russia/ …

"Ted Cruz, the Bible, the NRA, and Russia"