This is a major victory against Republican gerrymandering. Democratic candidates won more votes than Republicans in 2018 but fell short of majorities thanks to the unfair maps. That could change in 2020 & see Dems win total control of state govt again

Most crucially, this case was argued solely under the state constitution. Just like when Pennsylvania's Dem-majority Supreme Court struck down the GOP's congressional gerrymander in 2018, an NC state court ruling would likely be insulated from the US Supreme Court via federalism

Today's state court ruling striking down North Carolina Republicans' legislative gerrymanders marks the 22nd time since 2013 that they've lost in state or federal court over their power grabs. It's the 11th time on gerrymandering alone! #NCpol

We're still processing the ruling, but here are 22 reasons why North Carolina Republicans shouldn't be given yet another chance to finally draw legal legislative maps. Dem Gov. Roy Cooper can't veto new gerrymanders, but the Dem-majority NC court system can draw its own fair maps

Here's the link to the ruling. North Carolina Republicans will get yet another crack at drawing legislative maps, but the NC Supreme Court shouldn't allow them to. We compiled a list of 22 times including this case where the GOP violated election law  https://www.dailykos.com/stories/2019/8/27/1881513/-21-reasons-why-the-courts-shouldn-t-let-North-Carolina-Republicans-draw-new-legislative-maps …

Earlier this year, a deceased GOP consultant who had drawn gerrymanders in countless states had his hard drive files turned over to the plaintiffs, exposing how the GOP drew maps with partisan (& likely racial) intent to discriminate. Even more cases could arise from these files

Every single state constitution contains protections like these that could be used to stop partisan gerrymandering in state court. This is why it's important to secure state supreme court majorities that support free & fair elections  https://slate.com/news-and-politics/2019/03/partisan-gerrymandering-state-supreme-court-constitutions.html …

These are the North Carolina legislative districts that got struck down in whole or in part. This map looks at areas where one or both chambers had districts invalidated. Many districts that weren't challenged had already been redrawn in a federal case

I haven't seen a good reason why the plaintiffs did not challenge the congressional maps, too. Yes, a fairer map would only be in place for 2020, but it could mean several more Dems in 2021 under unified Dem govt. Dems could lose the House/Senate in 2022 if they hold presidency

Today's ruling striking down NC's GOP legislative gerrymanders has many implications for democracy. If Dems win 2020 control under fairer maps, they could pass automatic voter registration. NC is also a key state for the National Popular Vote Compact  https://www.dailykos.com/story/2019/6/12/1859048/-Oregon-just-joined-the-National-Popular-Vote-Compact-Here-s-how-it-could-take-effect-by-2024 … 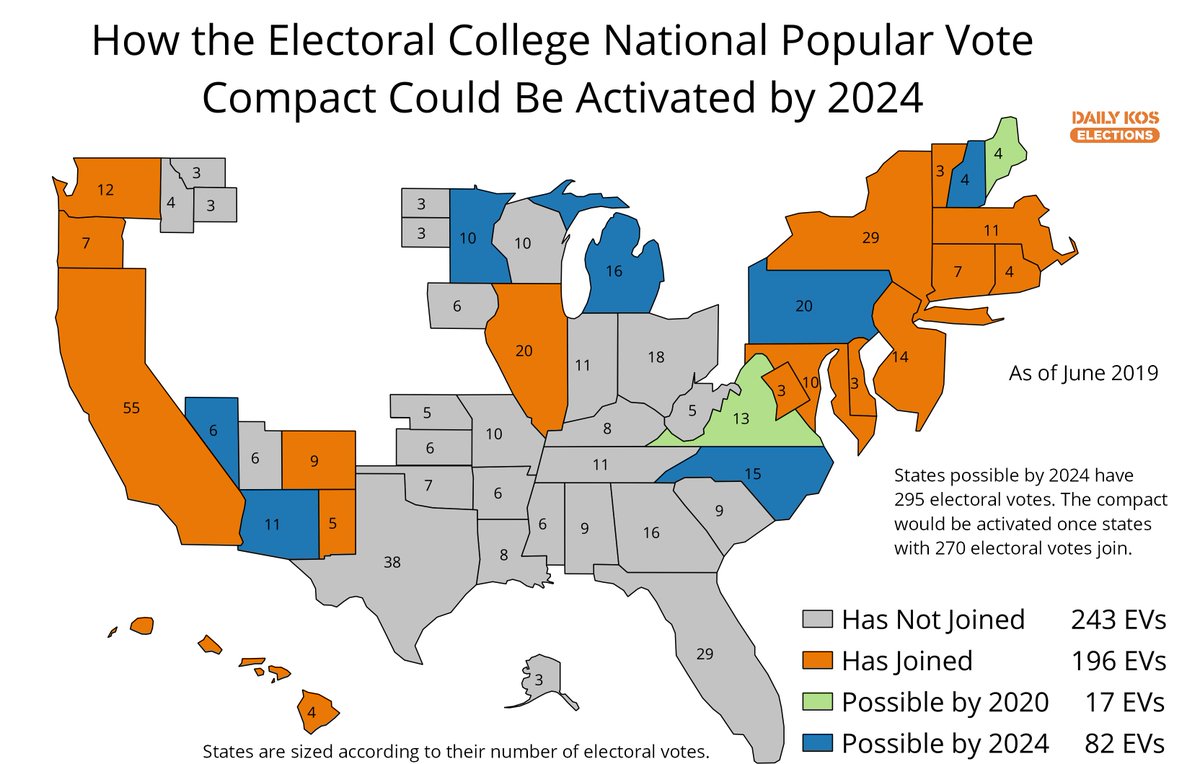 The 2011-2012 elections were the first to occur since 2010 redistricting. Since then, courts have struck down Republican gerrymanders in AL, FL, MI, MS, NC, OH, PA, TX, VA, & WI for racial or partisan discrimination. And that doesn't even count maps blocked before ever being used

This is HUGE news in North Carolina. Guarantees that there will be fairer maps for 2020 after Republicans' legislative gerrymanders were struck down today

North Carolina Republicans can't be trusted to draw fair districts, but the lower court laid out several restrictions on them drawing new legislative maps. And if the GOP's new maps are still biased, the state courts can draw their own maps for 2020  https://www.brennancenter.org/sites/default/files/legal-work/2019-09-03-Judgment.pdf#page=354 … 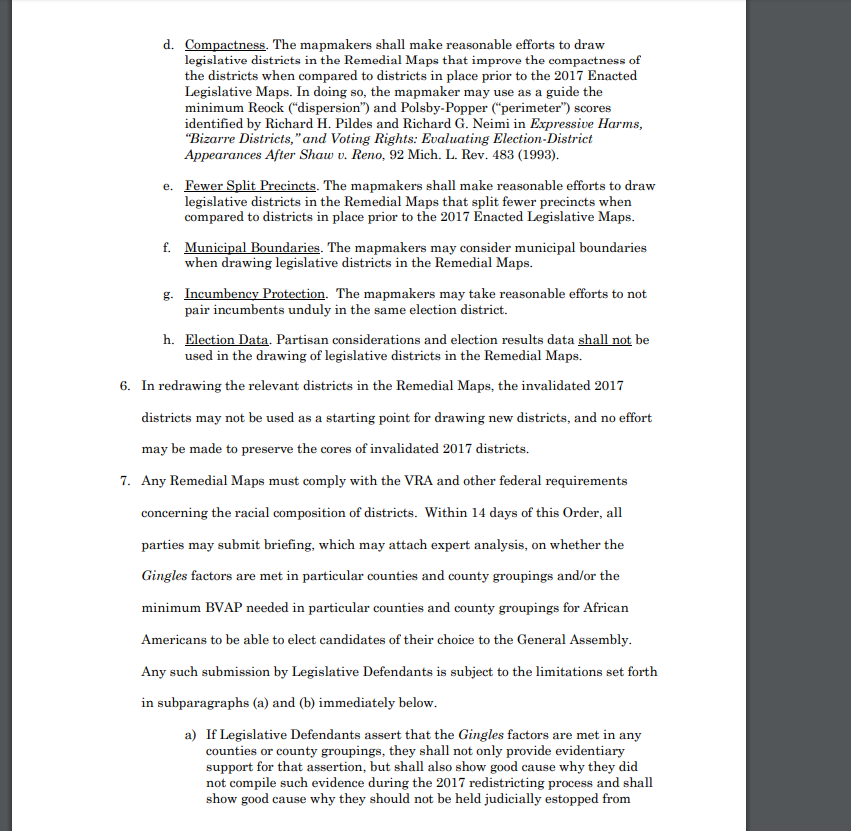 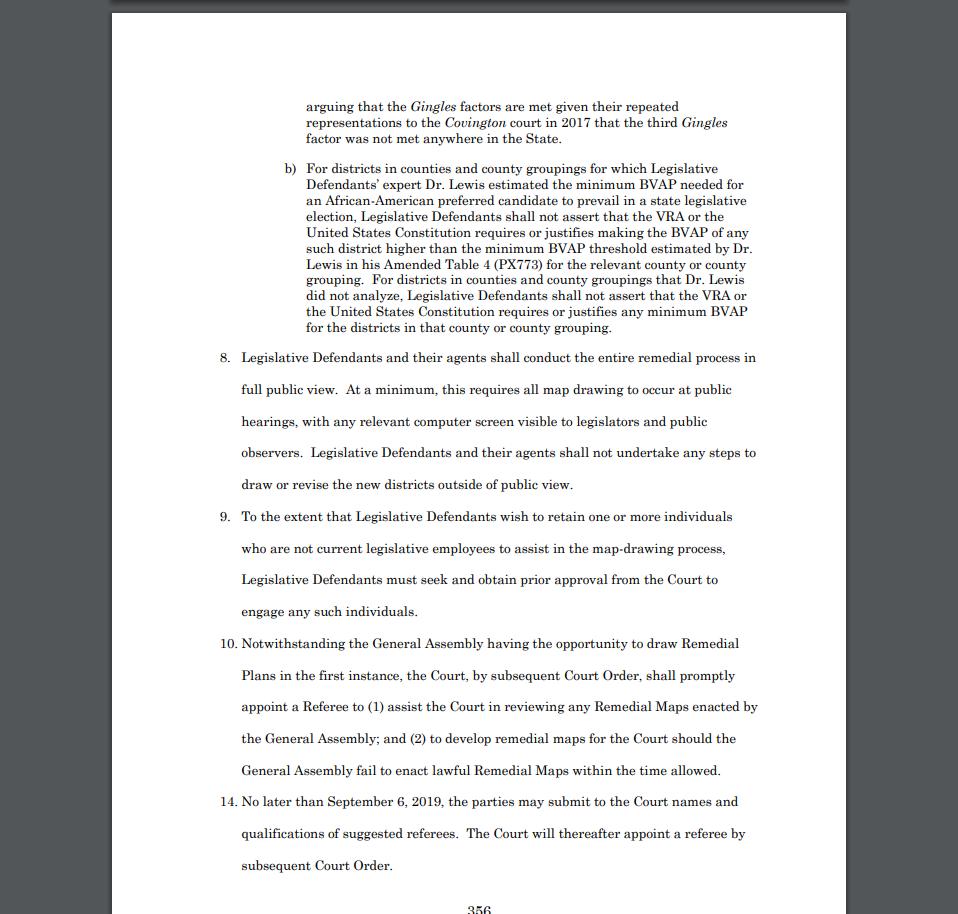 Updated map of which Republican-gerrymandered state House districts got struck down today in North Carolina. Many others not included today had already been struck down & redrawn in the federal lawsuit that concluded before 2018's elections

And the updated map of the Republican-gerrymandered state Senate districts that got struck down today in North Carolina. Several others had also already been struck down & redrawn before the 2018 elections due to federal litigation

This would be huge but should have been filed sooner. The federal court case over the congressional map ended more than 2 months ago

I've previously drawn nonpartisan North Carolina Senate & House districts. The latter map still needs work in the biggest urban counties except Forsyth, but they show how Dems could have several opportunities for gains elsewhere (but the courts won't redraw every district) #NCpol 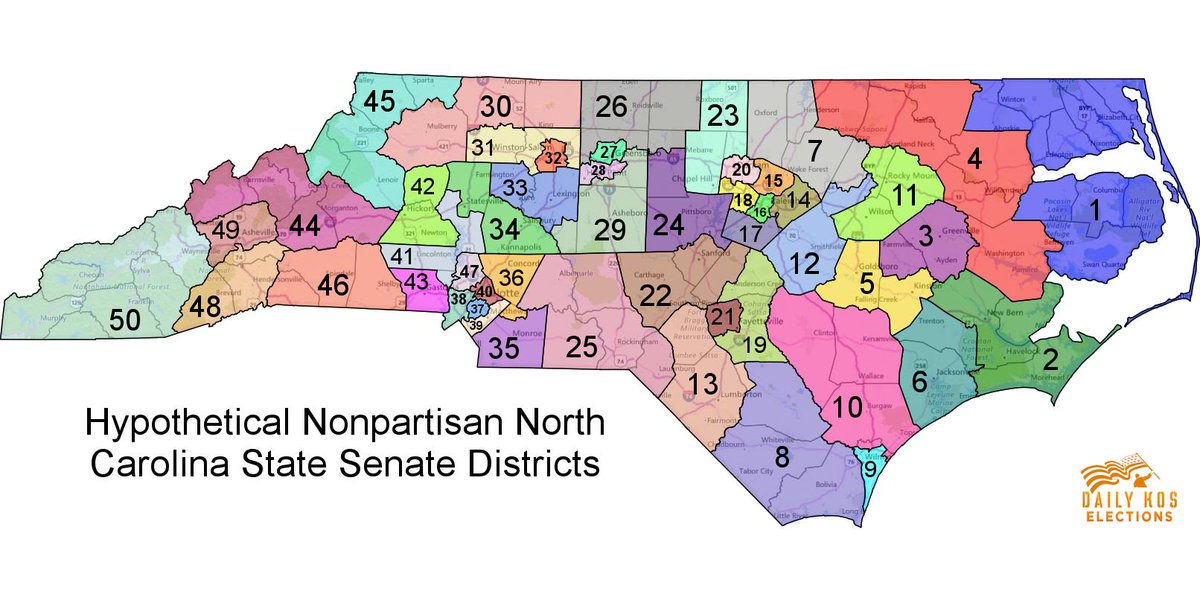 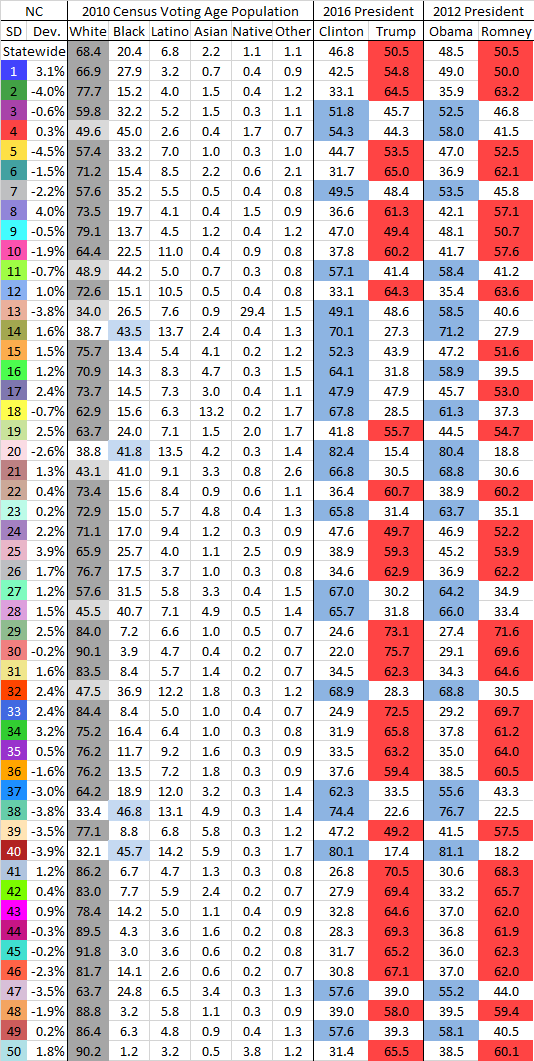 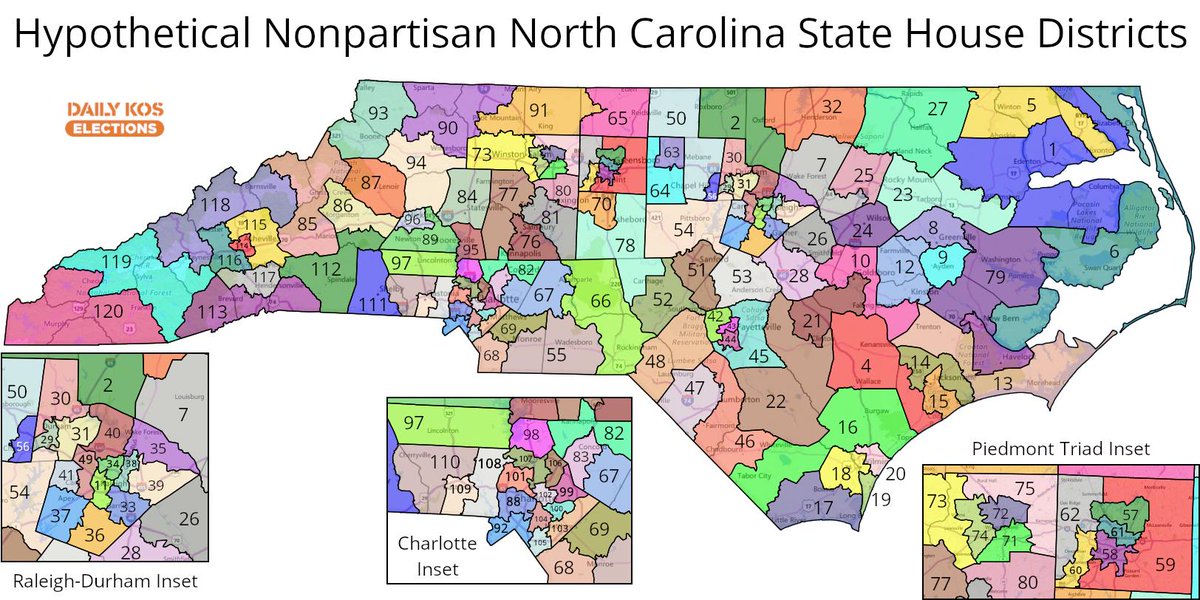