While much of the debate regarding the Far Right radicalisation of young people has focused on the US, it's important to note there's concerted efforts proceeding under the radar in the UK. Case in point, 'Defend Europa'. /1 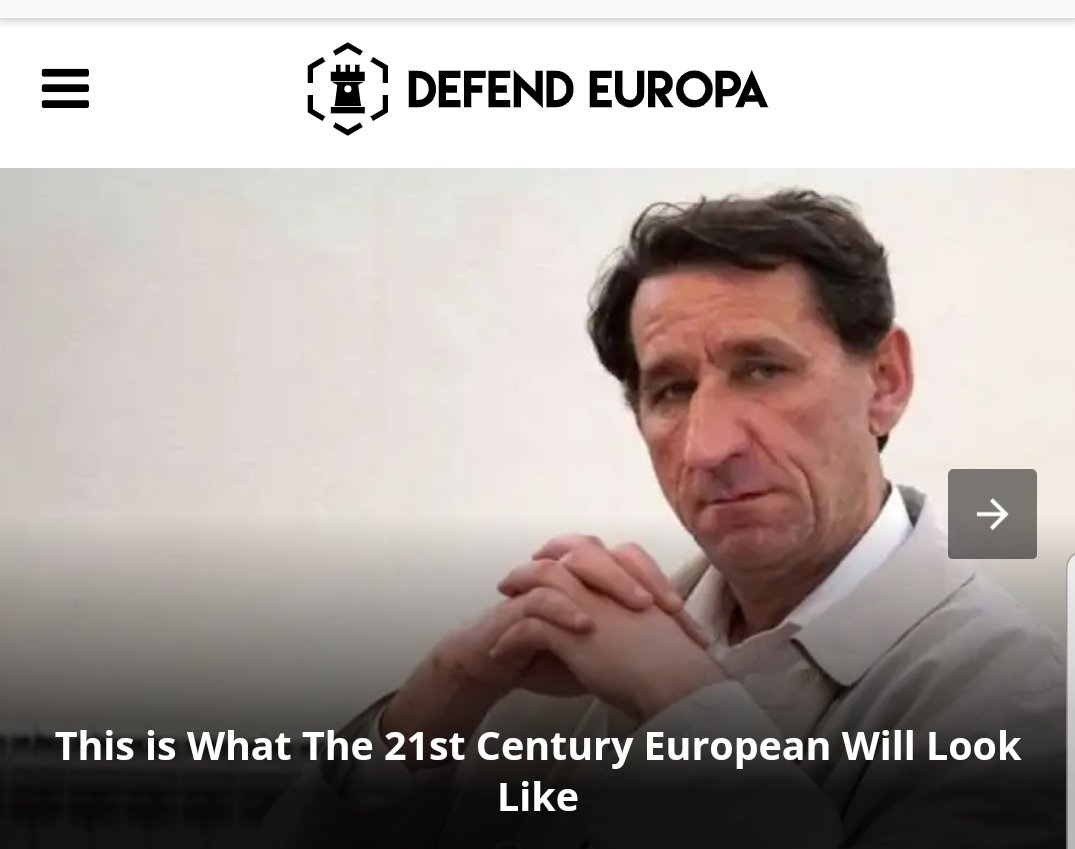 In reality, it is a key local disseminator of racism, antisemitism, islamophobia and homophobia. /2 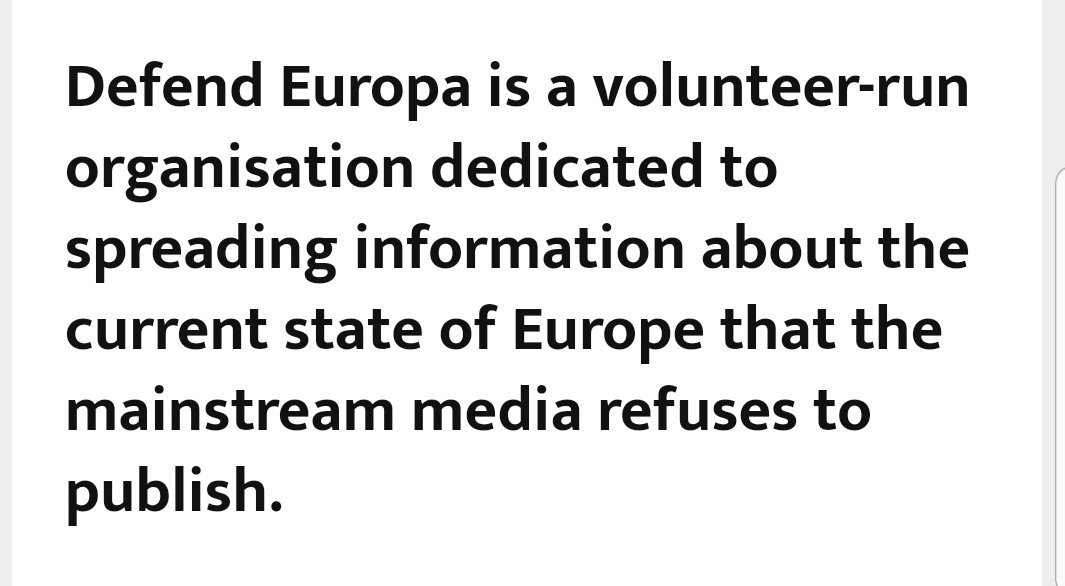 In the last few days for example, the site has reposted translations of articles by a Croat Identitarian that refers to "the violent and criminal mixing of races" in an article on German sea captain, Carol Rackete. /3 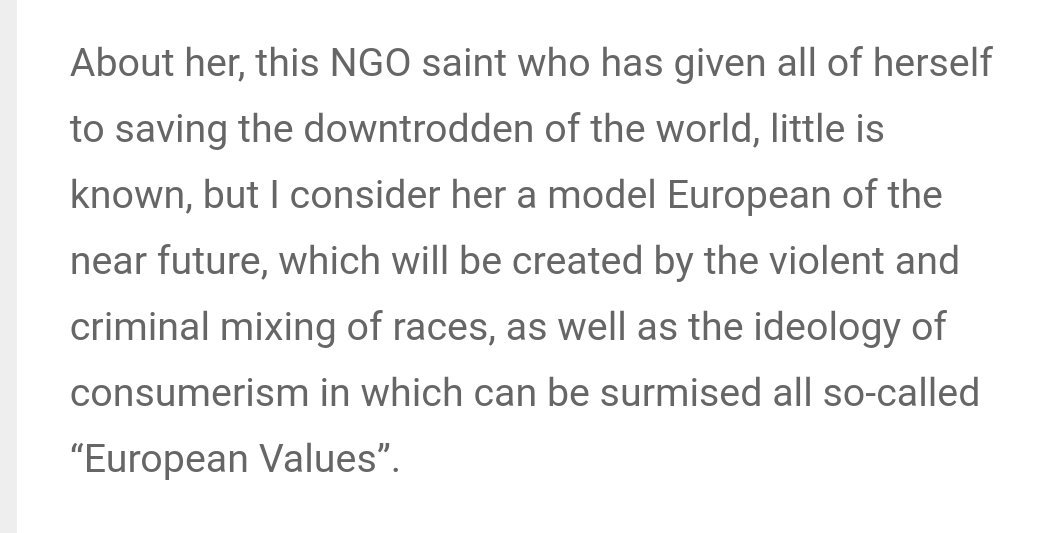 Elsewhere, an article by 'Xurious' on 'degeneracy' is not only headed by a cartoon apeing those of the Nazi era, compete with Jewish caricature, but describes gay pride and transgenderism as "degenerate". /4 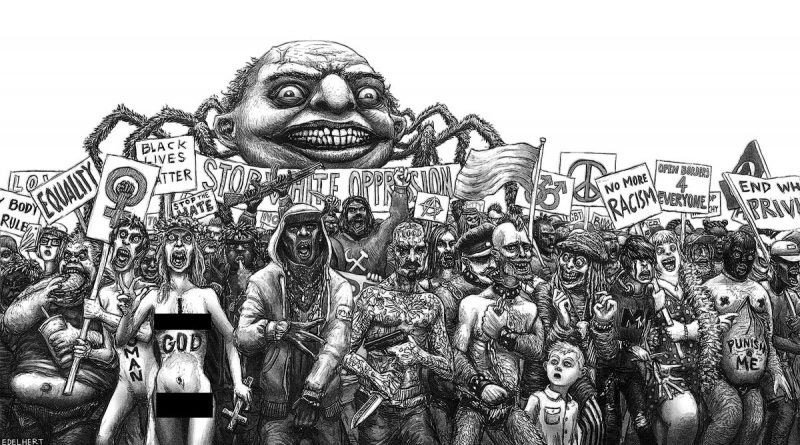 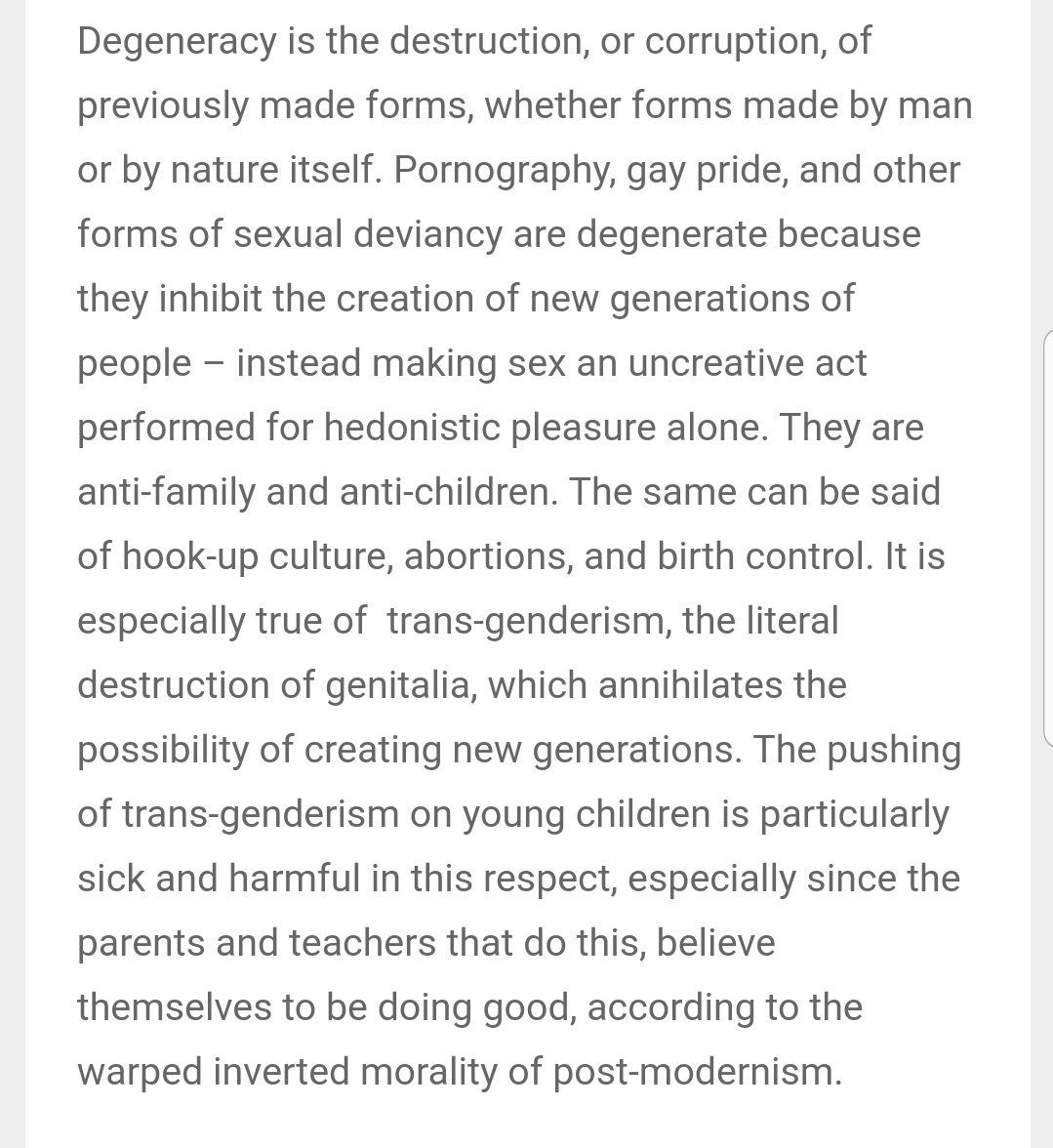 Most of their social media is carefully curated, to avoid bans. However, on sites like Telegram, where censorship is less of an issue, they're a lot less guarded - homophobic and antisemitic cartoons are shared freely (too graphic or hateful to be shared here). /5

Most of the work on Defend Europa in the UK is done by Laura Towler, who publishes videos on YouTube to 35k subscribers, & more explicitly hateful videos on Bitchute. 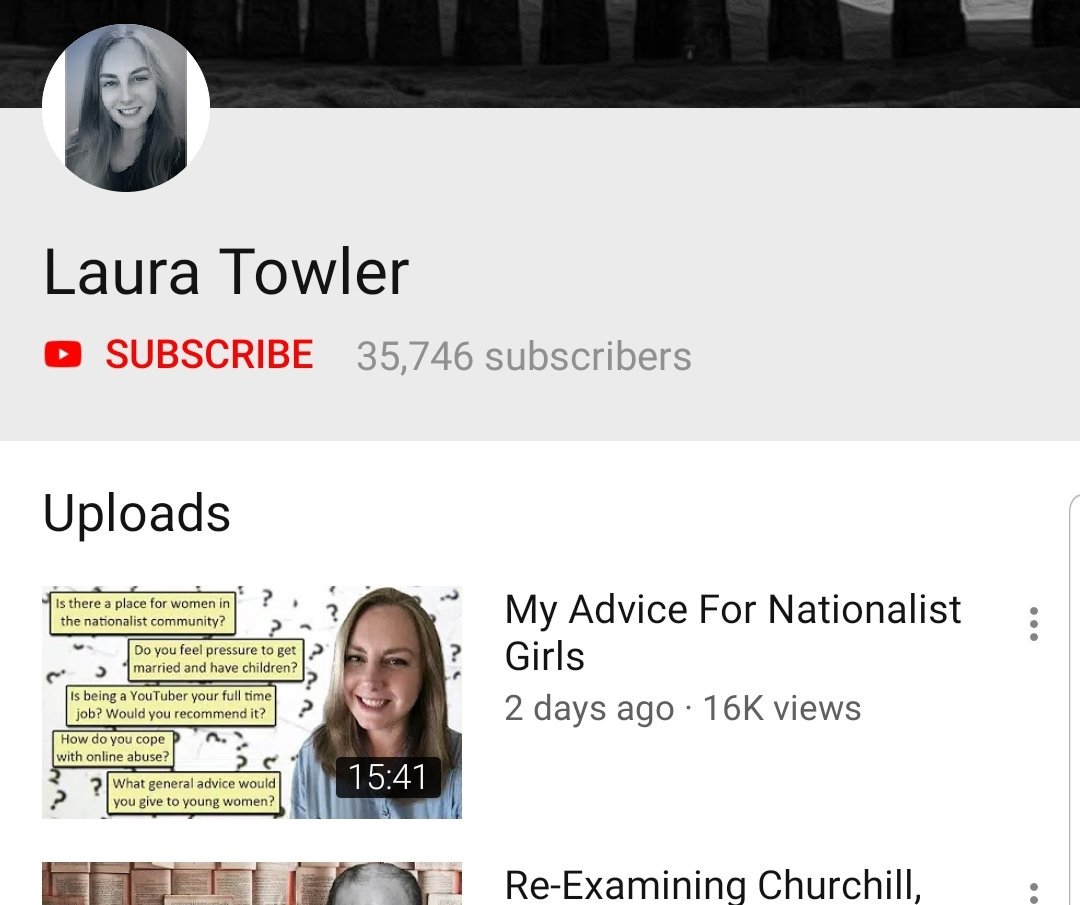 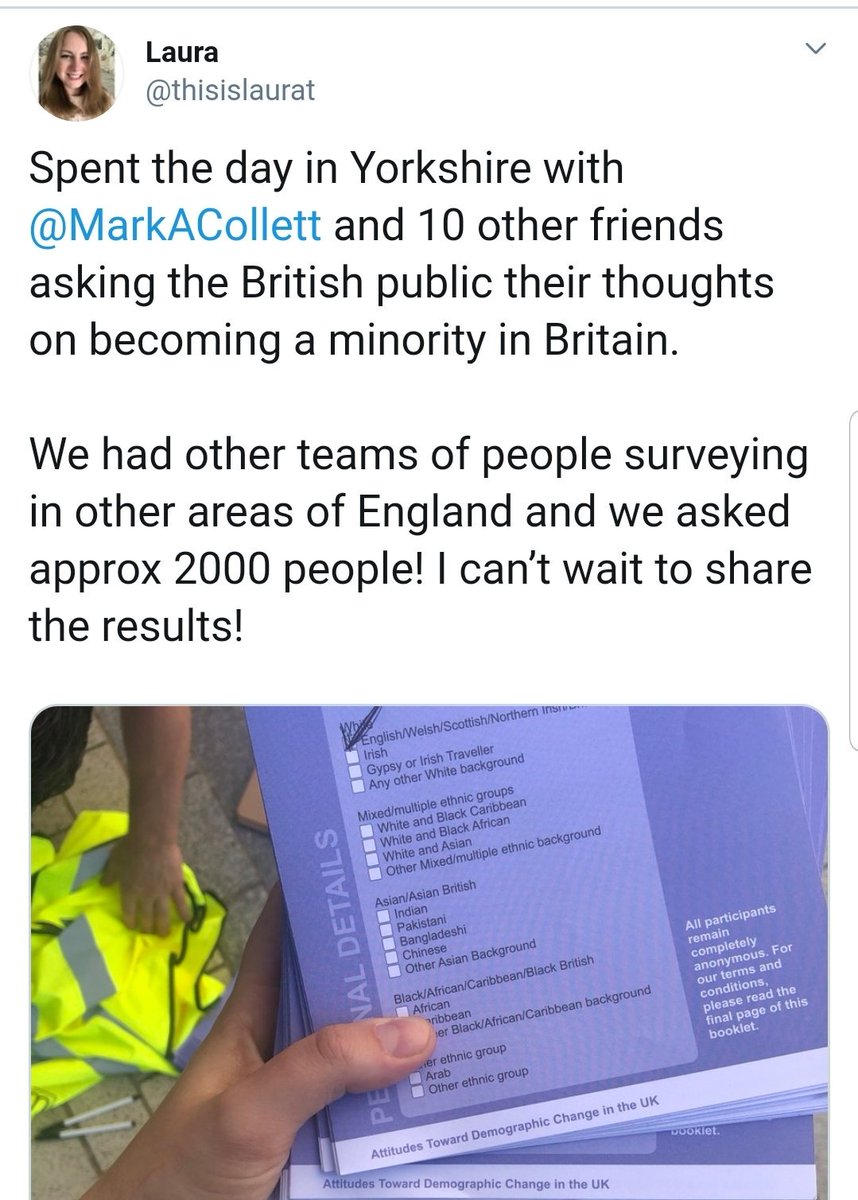 Amazingly, Defend Europa accepts donations via @PayPal. Evidently, these donations are going to the running of the site and the production of hateful content - a clear violation of the site's ToS. /7 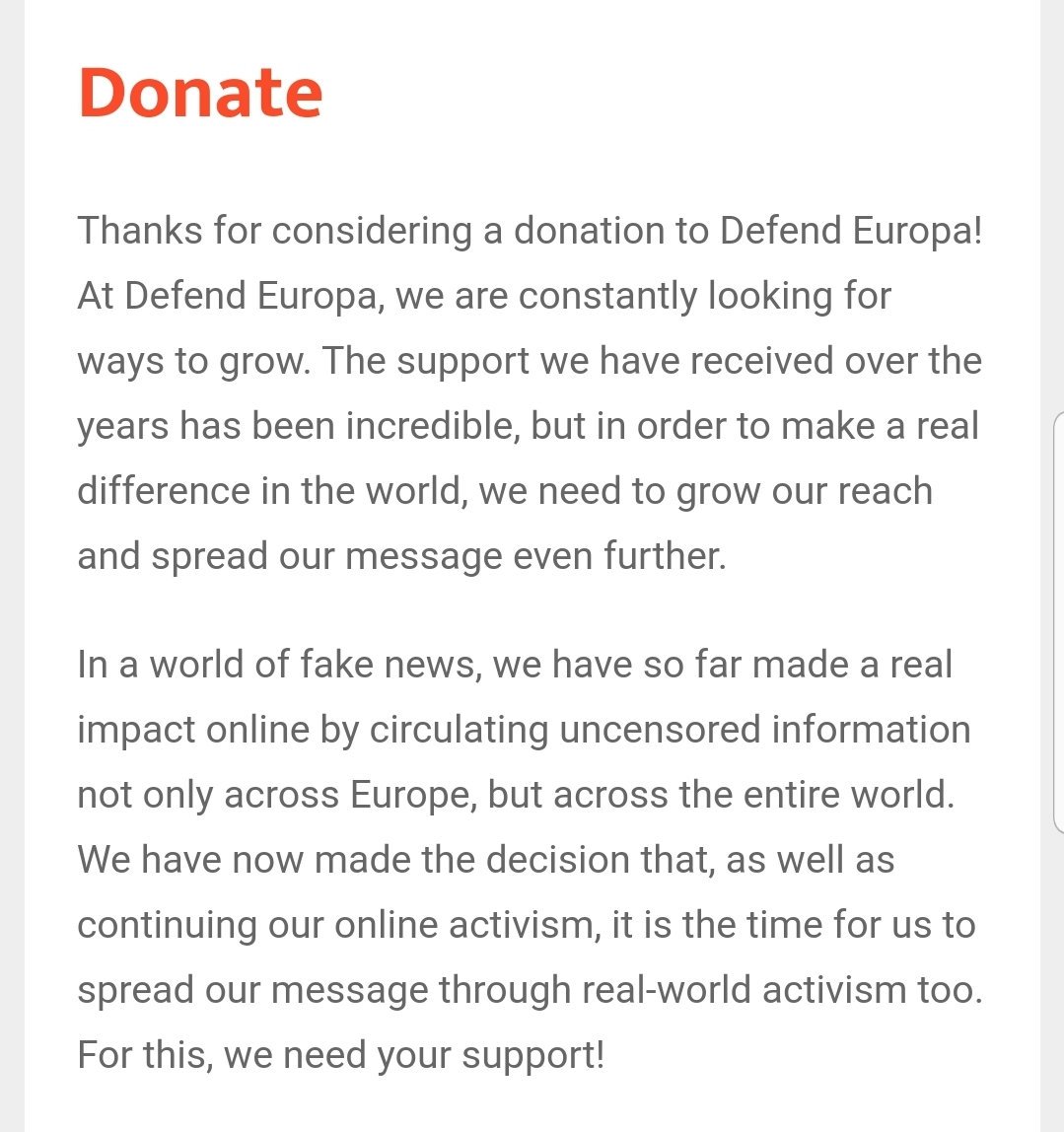 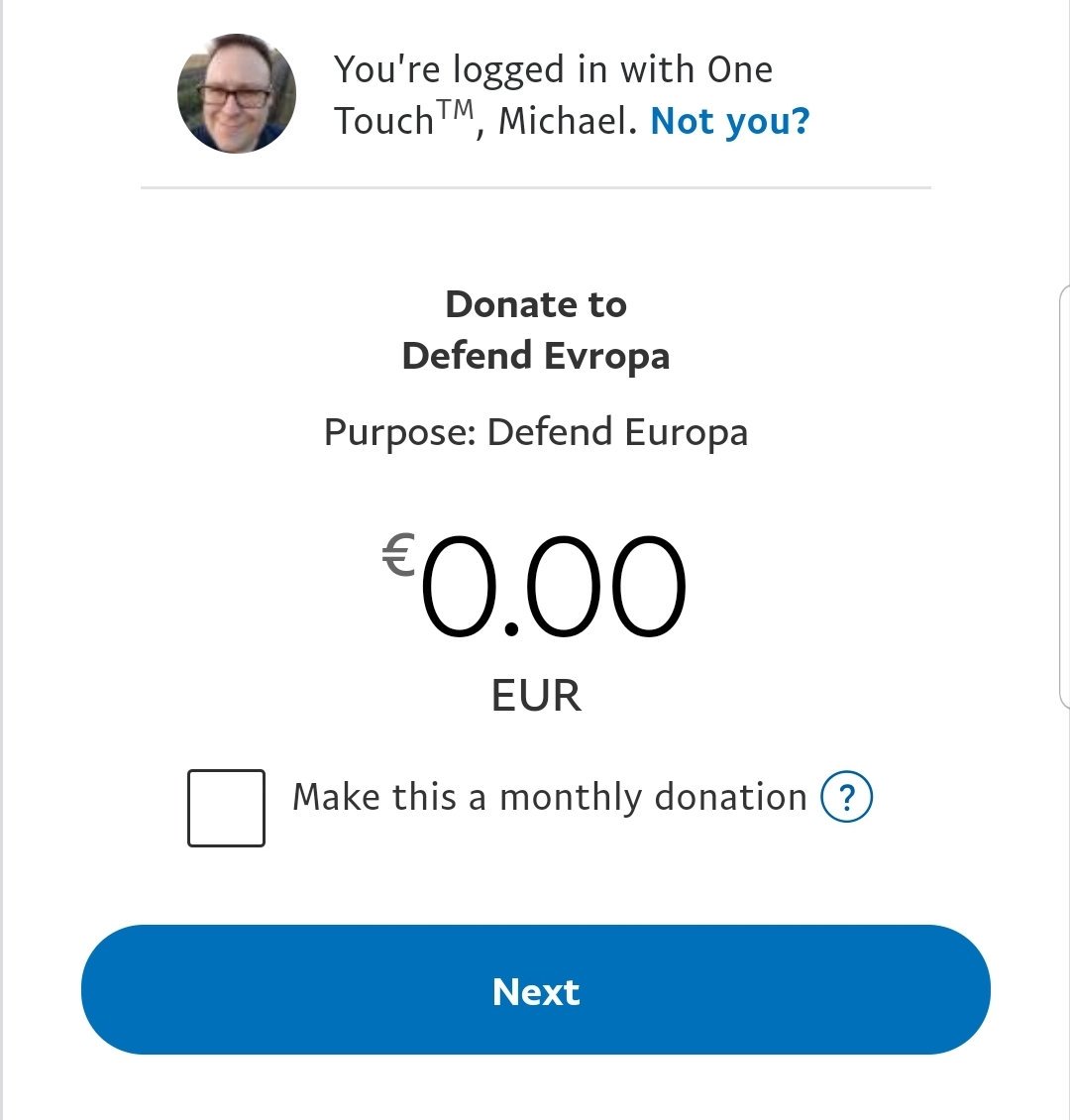 The financial shuttering of a site like Defend Europa, while fairly minor in the global ethno-nationalist media ecosystem, would hinder efforts to radicalise young people in the UK.

Ideally, should we be looking to deny such organisations the ability to fundraise? /8

My opinion - and it's just mine, mind - is that you cut off the sources of funding to the organizations, many won't survive as a vector for hate and radicalising material.

Worth thinking about. /FIN