BREAKING: In 2014, @MomsDemand started a campaign to ask @Kroger to prohibit open carry using the hashtag #groceriesnotguns. Today, Kroger announced that they're telling customers to quit openly carrying guns in their stores.

Kroger is the second largest retailer in the country and the nation’s largest supermarket retailer. In addition to numerous open carry incidents at several Kroger locations, there were also dozens of shootings and threats at stores across the country.

These are some of the ads @momsdemand created as part of our campaign to get Kroger to prohibit open carry. In addition, we held rallies at their stores and attended shareholder meetings. 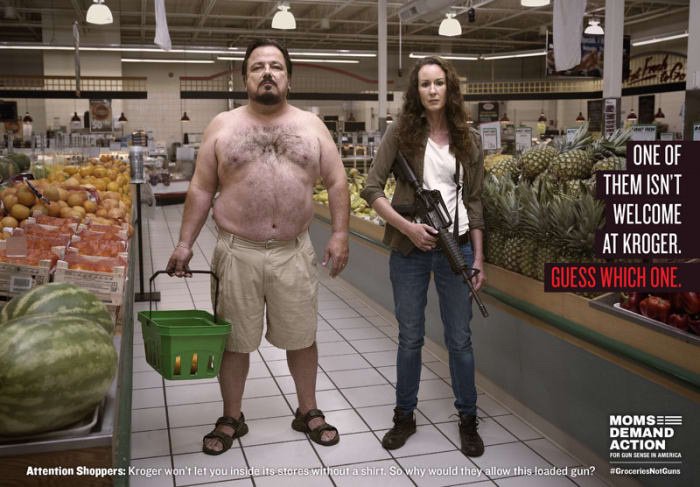 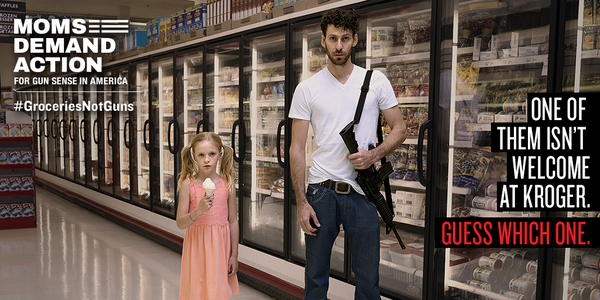 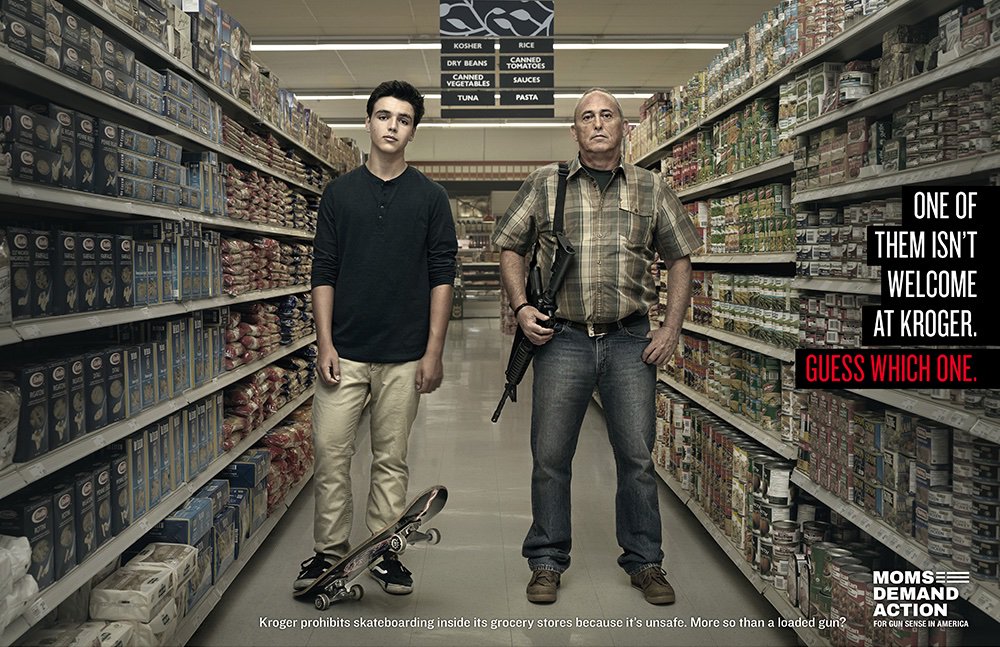 Laws in a majority of states allow people to openly carry loaded rifles in public with no training, permitting, or minimum age requirement. Given how lax the majority of states’ open carry laws are, there's no way to know if people open carrying are good guys or bad guys.

“We are also joining those encouraging our elected leaders to pass laws that will strengthen background checks and remove weapons from those who have been found to pose a risk for violence,” @kroger statement #groceriesnotguns