Not sure why this tweet provoked your frustration @marwilliamson. I simply noted that you deleted a tweet.

I did not editorialize.

With respect to your offer to have an "public dialogue," thank you but I am reserving my time to speak to candidates who qualified for the debate.

2. Your friend wishes to be taken seriously as a candidate @Frances_Fisher. If thats what she wants, she is subject to the same accountability as any other candidate. If they deleted a similar tweet & changed the framing as much as she did, I would note it

4. Marianne Williamson DMd feminist icon Erica Jong to complain about her 41-year-old daughter @MollyJongFast who is a published author.

“I understand your daughter is young and doesn’t know better...”

5. Marianne Williamson, who wants to be taken seriously as a candidate, but doesn’t want to be criticized for her tweets, is urging people to call members of congress to stop someone from being appointed to a position that does not require Senate confirmation 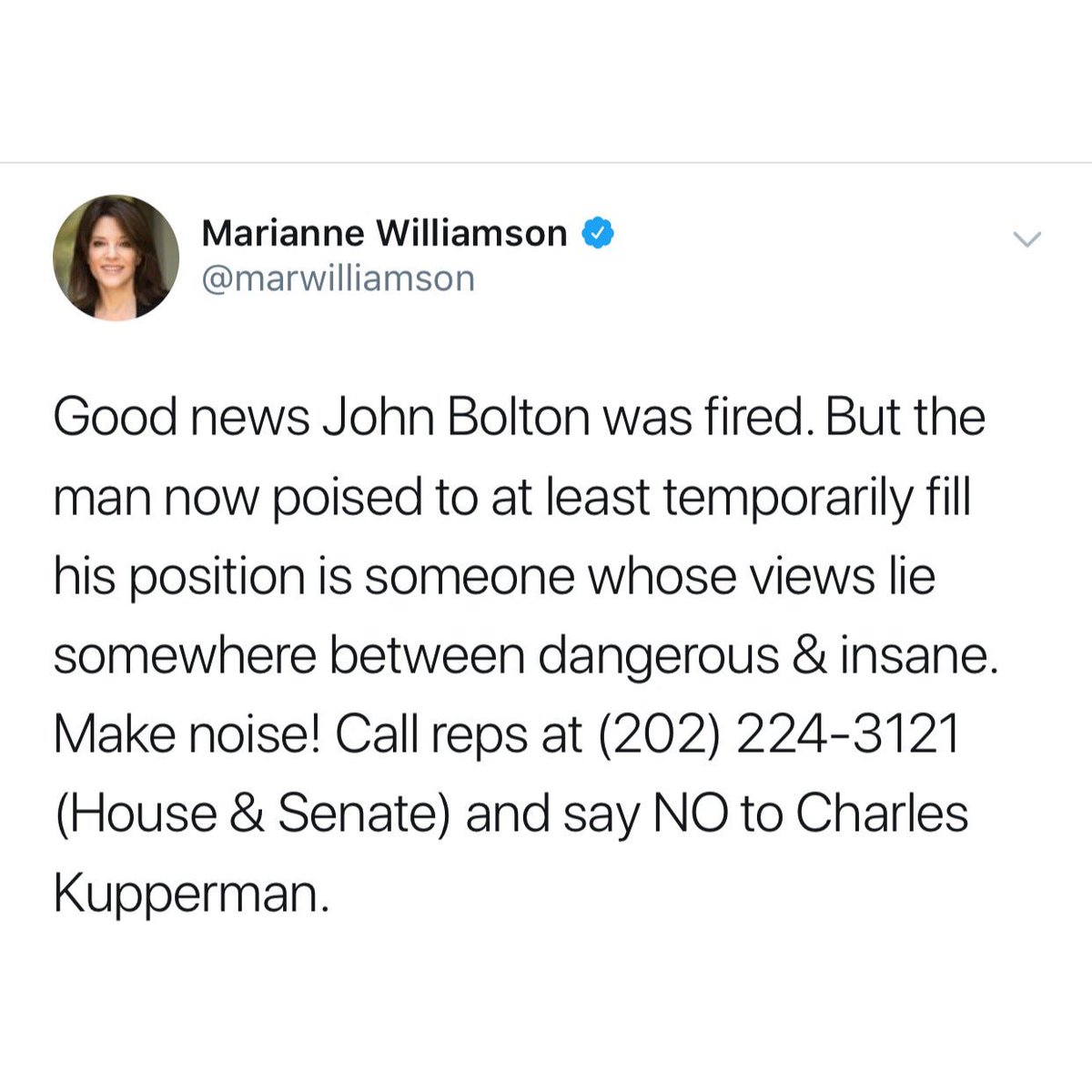