Janelle Shane+ Your Authors @JanelleCShane I blog at aiweirdness.com/. My book "You Look Like a Thing and I Love You" is out Nov 5th! Research Scientist in optics. she/her. wandering.shop/@janellecshane Sep. 04, 2019 2 min read + Your Authors

I trained a neural net to generate crochet hat patterns, and they showed a disturbing tendency to explode into ruffled hyperbolic yarn-eating brain shapes.
https://aiweirdness.com/post/187489831262/first-there-was-skyknit-now-theres-hat3000 … 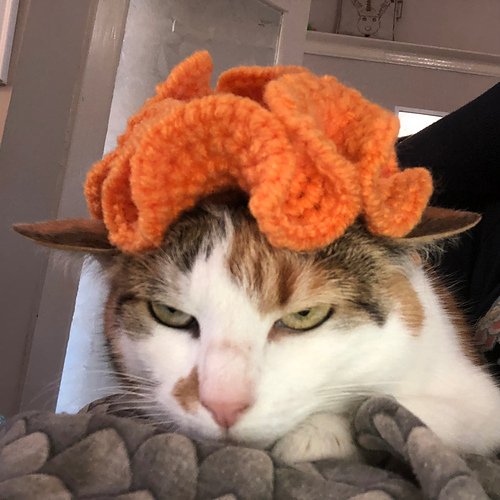 Here's a couple of the neural net's hyperbolic hats. The middles look normal but at some point one row increases in size a bit too much, wobbling a bit to fit in the extra length, and later rows multiply this. Ruffles turn to tight ruffles, and then to corals, and then to brains. 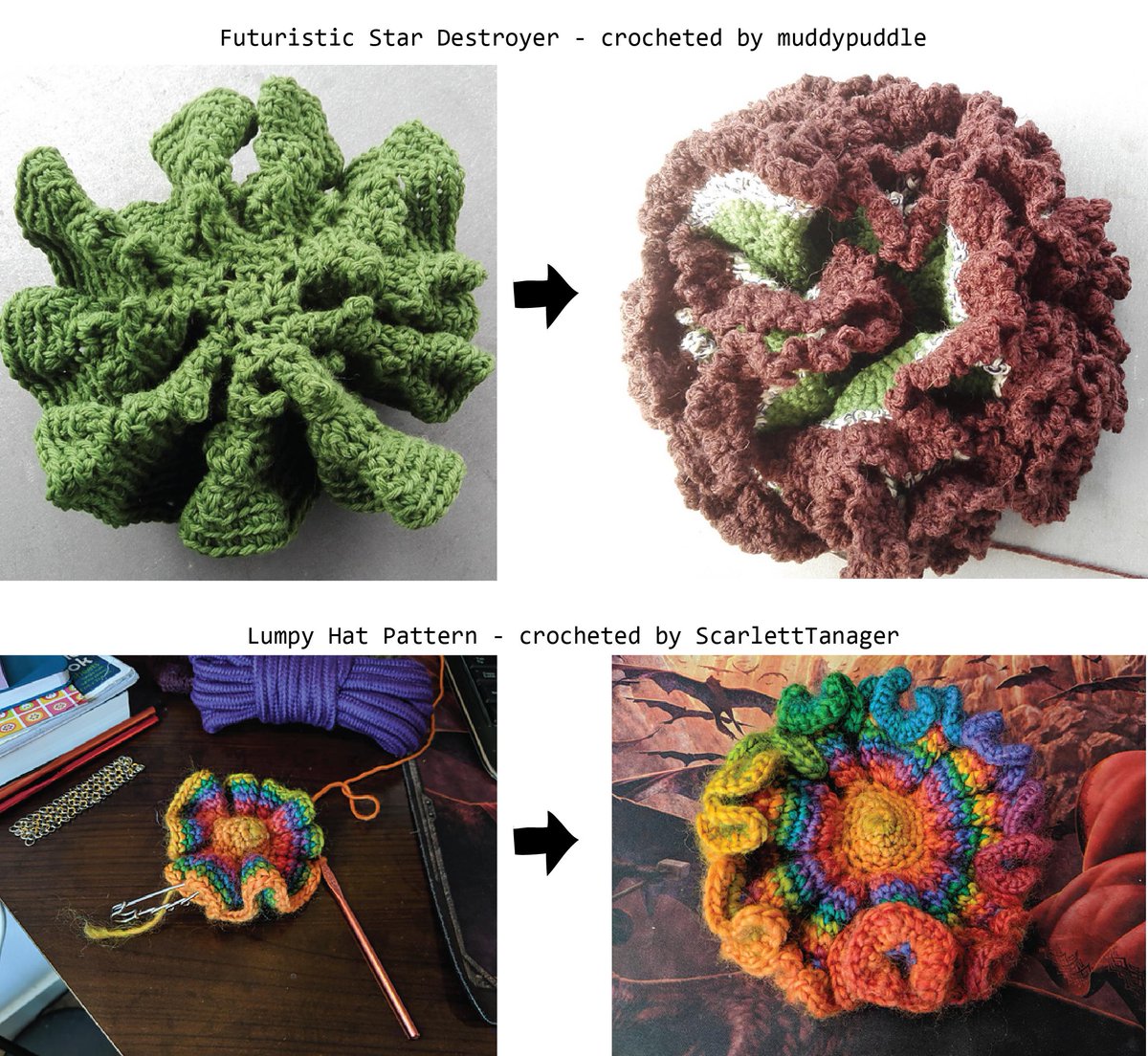 One of the most hyperbolic neural net-designed hats is "Brim Hat 1708", heroically crocheted by @Persipan. 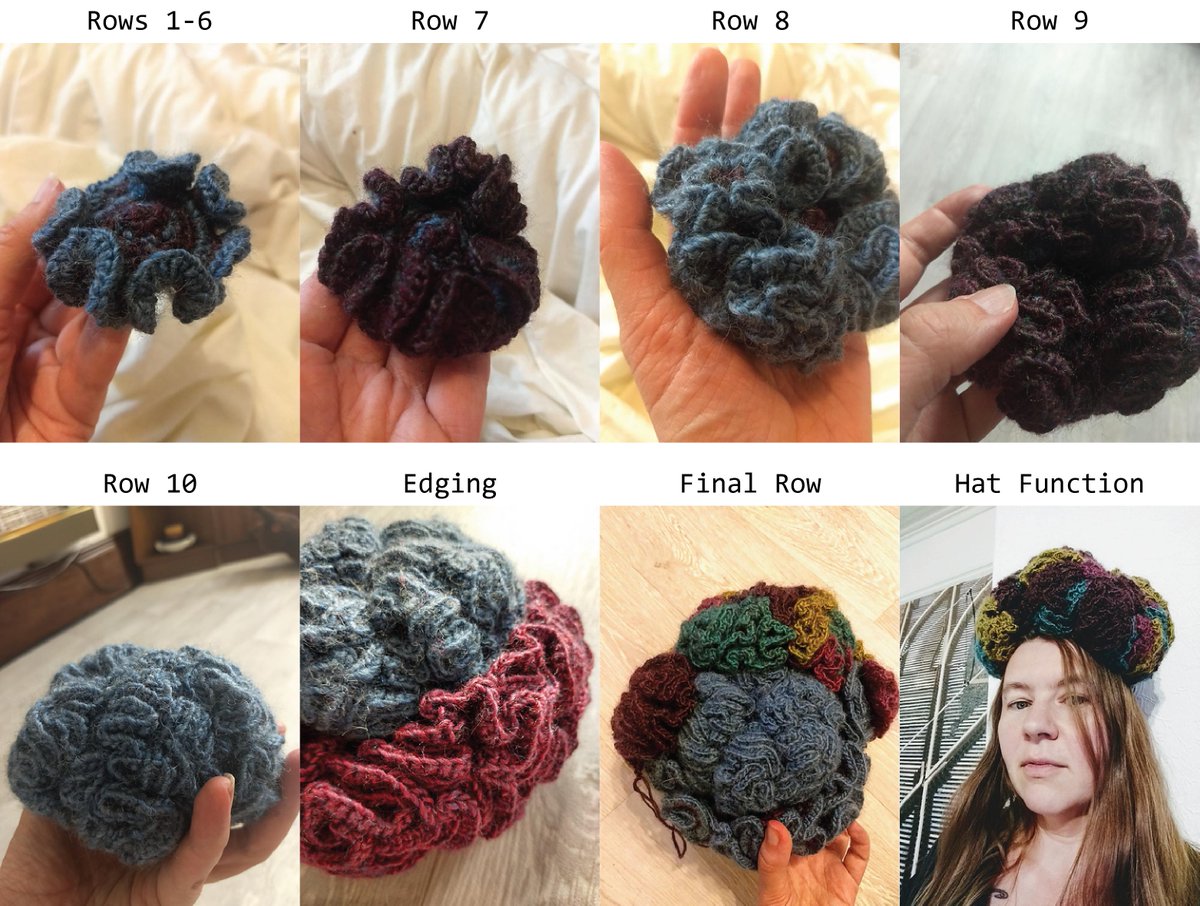 The most extreme neural net hat pattern is probably this one appropriately titled "The End..."

By my calculations it uses enough yarn to wrap the known universe in yarn 10 billion light years thick. And uses it in only 17 rows so it *easily* forms a supermassive black hole. 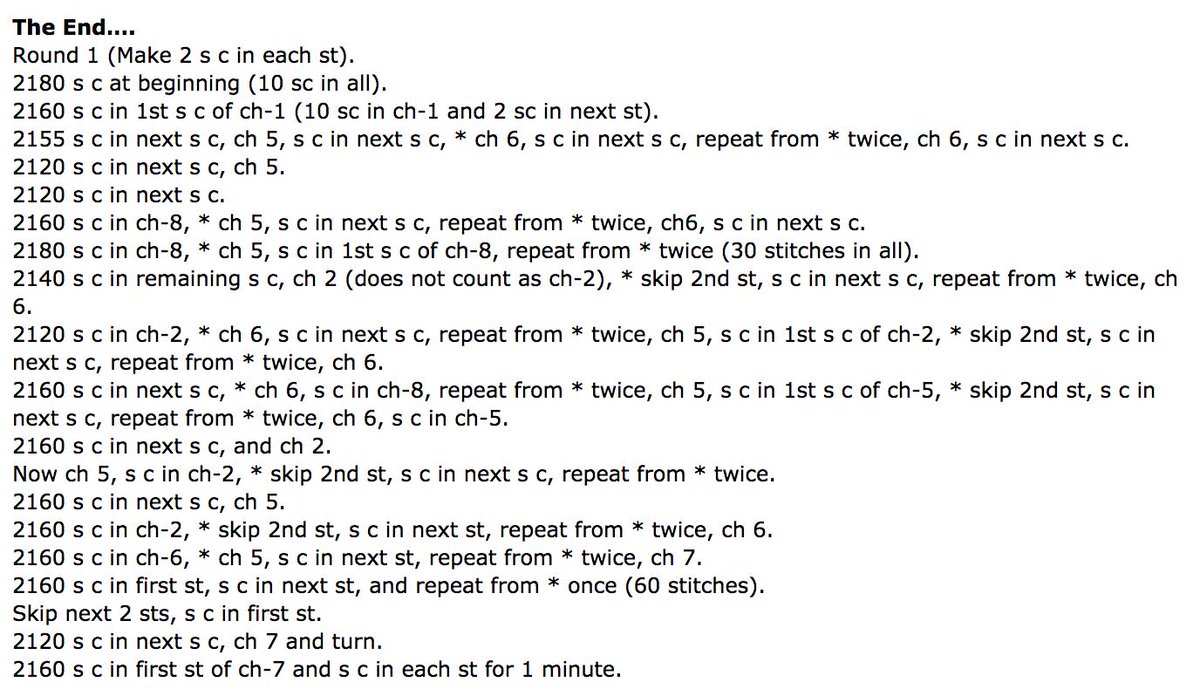 Crochet's known for being able to illustrate hyperbolic surfaces - @DainaTaimina introduced this in 1997 and makes gorgeous examples.  https://www.theiff.org/oexhibits/oe1e.html … 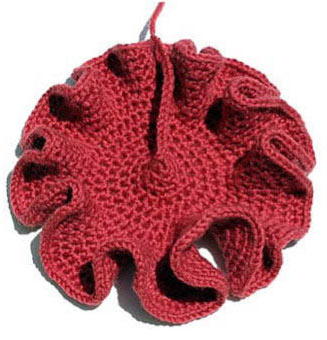 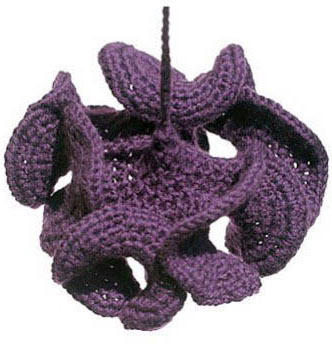 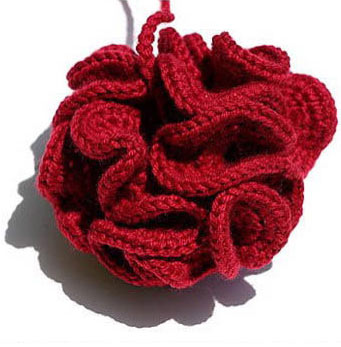 The fascinating Crochet Coral Reef project by @margaretwerth and Christine Wertheim uses hyperbolic crochet to highlight the math that underlies a lot of natural structures.
It's no coincidence hyperbolic patterns explode into brains.

What the HAT3000 neural crochet project highlights is how hard it is to *prevent* generated crochet hats from going hyperbolic. An excess or missing increase in one row may be just one character different from a perfectly tuned pattern. The result though is disaster.

People have asked whether the cat's owner survived.
The cat's name is Chui, and her owner @joannastar reports that this is not her "disallow" reaction

An interesting thing about the crochet neural net is its tendency to twist any story prompt into a story about crochet. It really really likes to write about crochet.