I don't understand Twitter Events. They're amplified by the platform, but seemingly not at all curated like Moments. The highest-ranking 'amplified' tweet for Carrie Lam's latest speech is from Chinese state media.  https://twitter.com/i/events/1169436204636336128 … 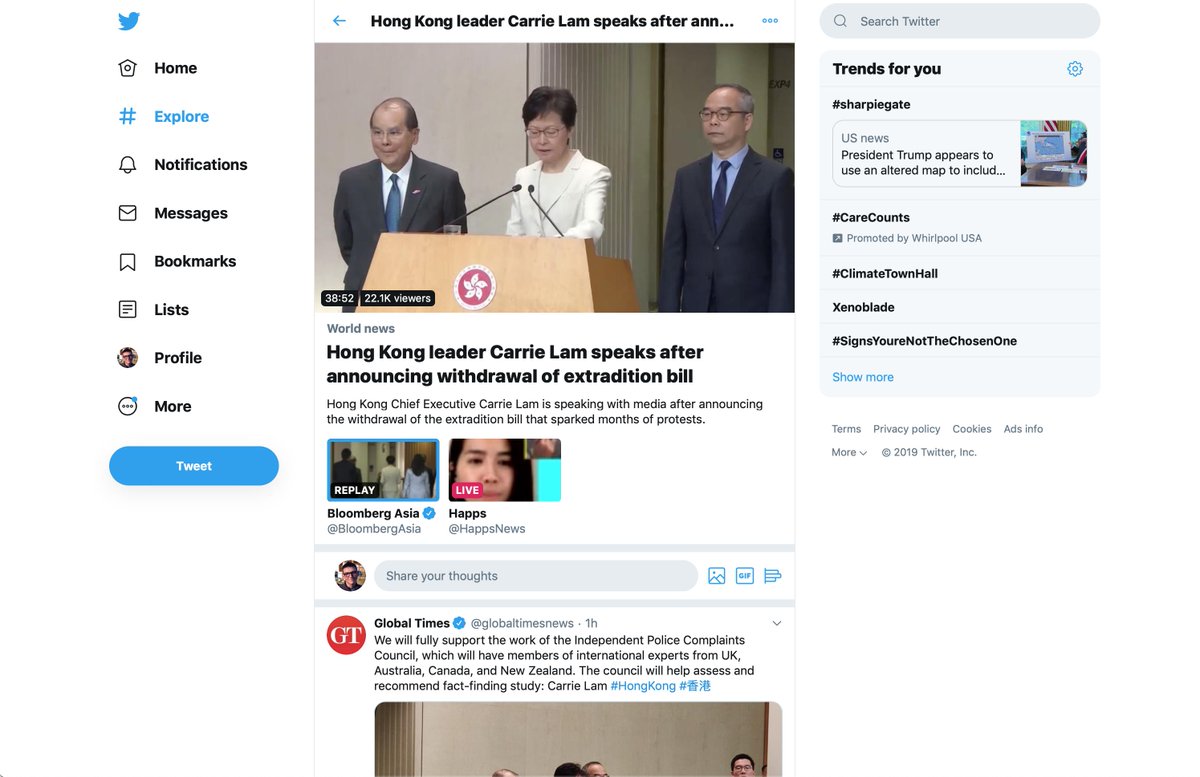 In fact, so many of the tweets that are ranking on this Events carousel are Chinese state media properties. They dominate the feed. 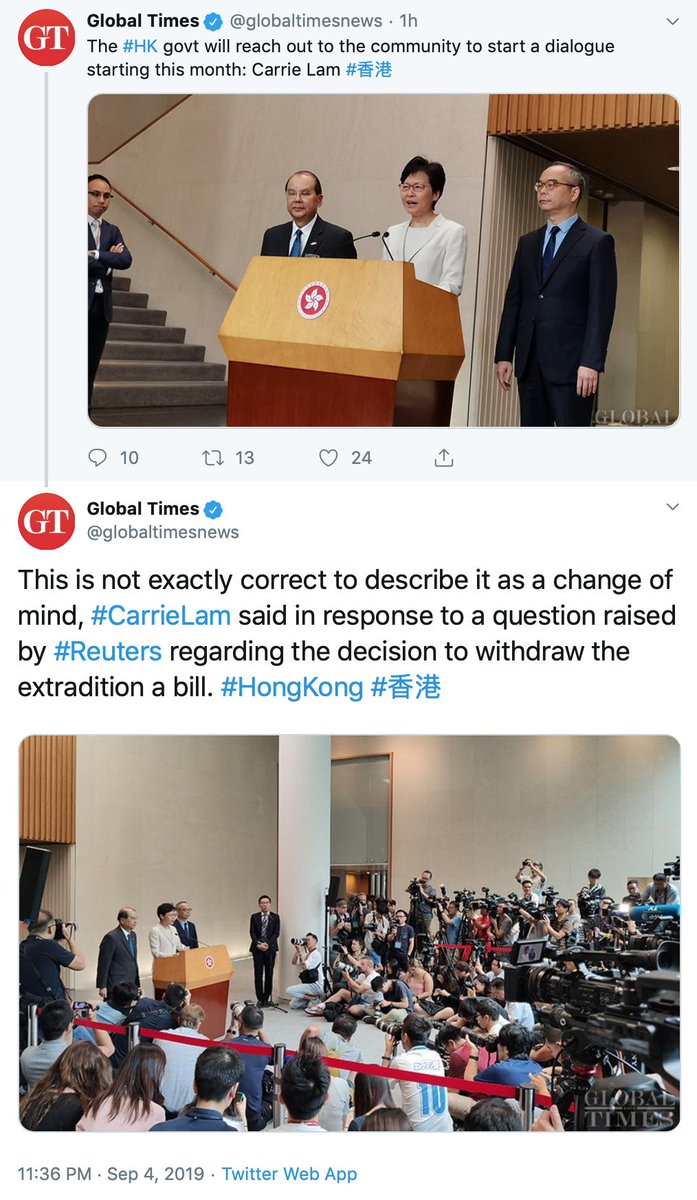 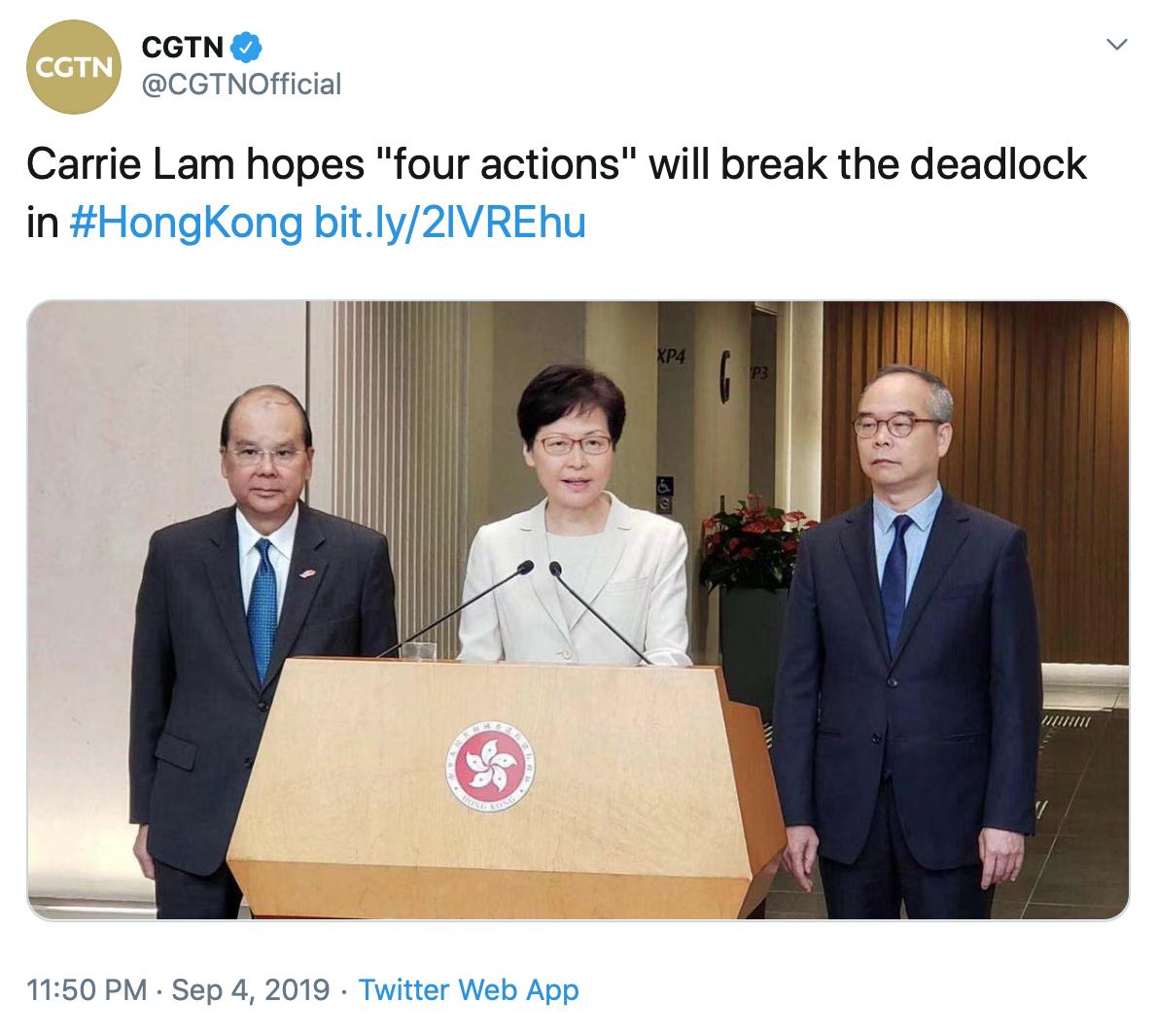 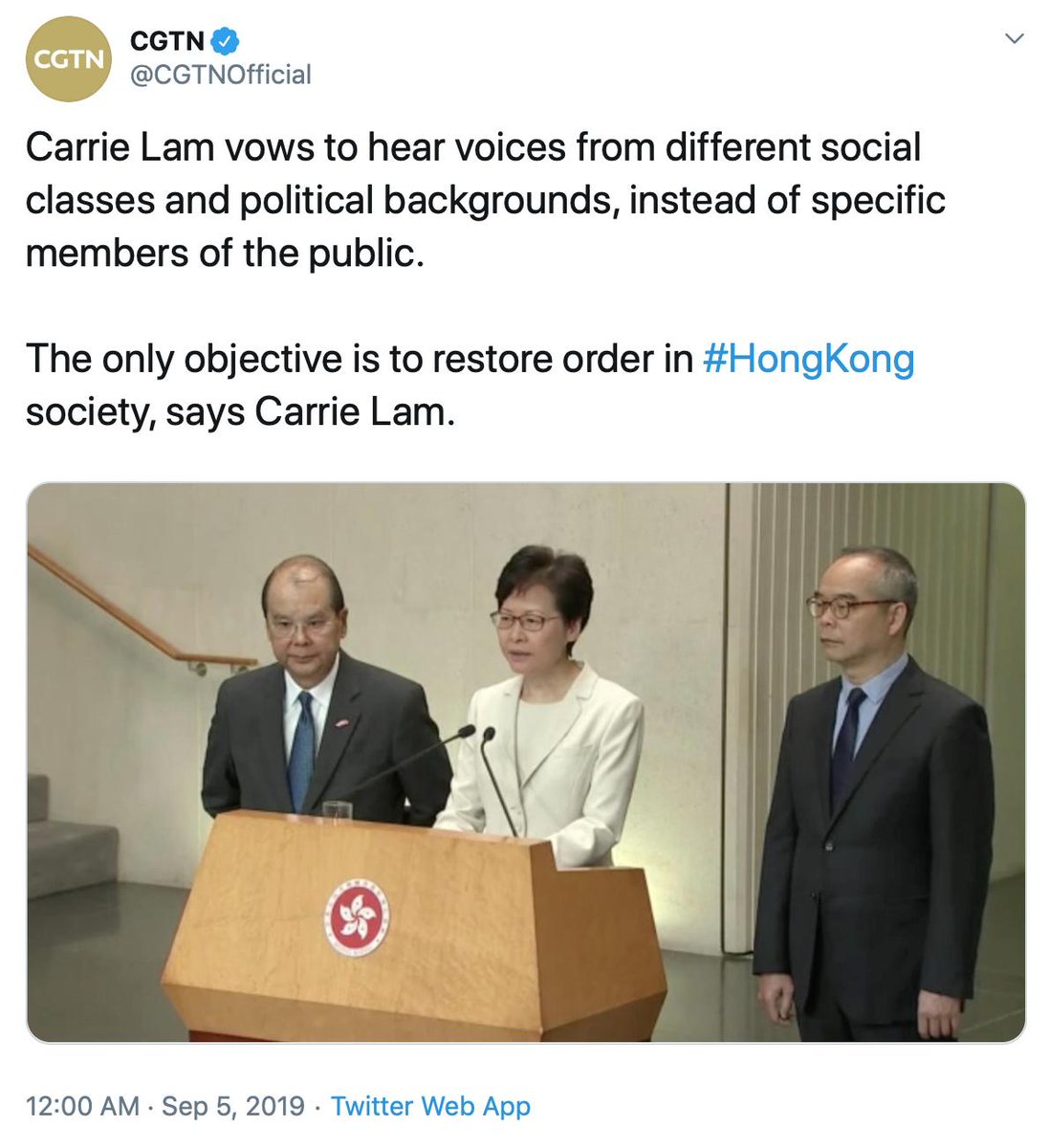 Does pivot to video just mean pivot to state-run video? These are coordinated Periscopes, both started at the exact same time from different camera angles & properties. They're probably riding Periscope w/ the intention of getting this very boost from the platform. Who needs ads? 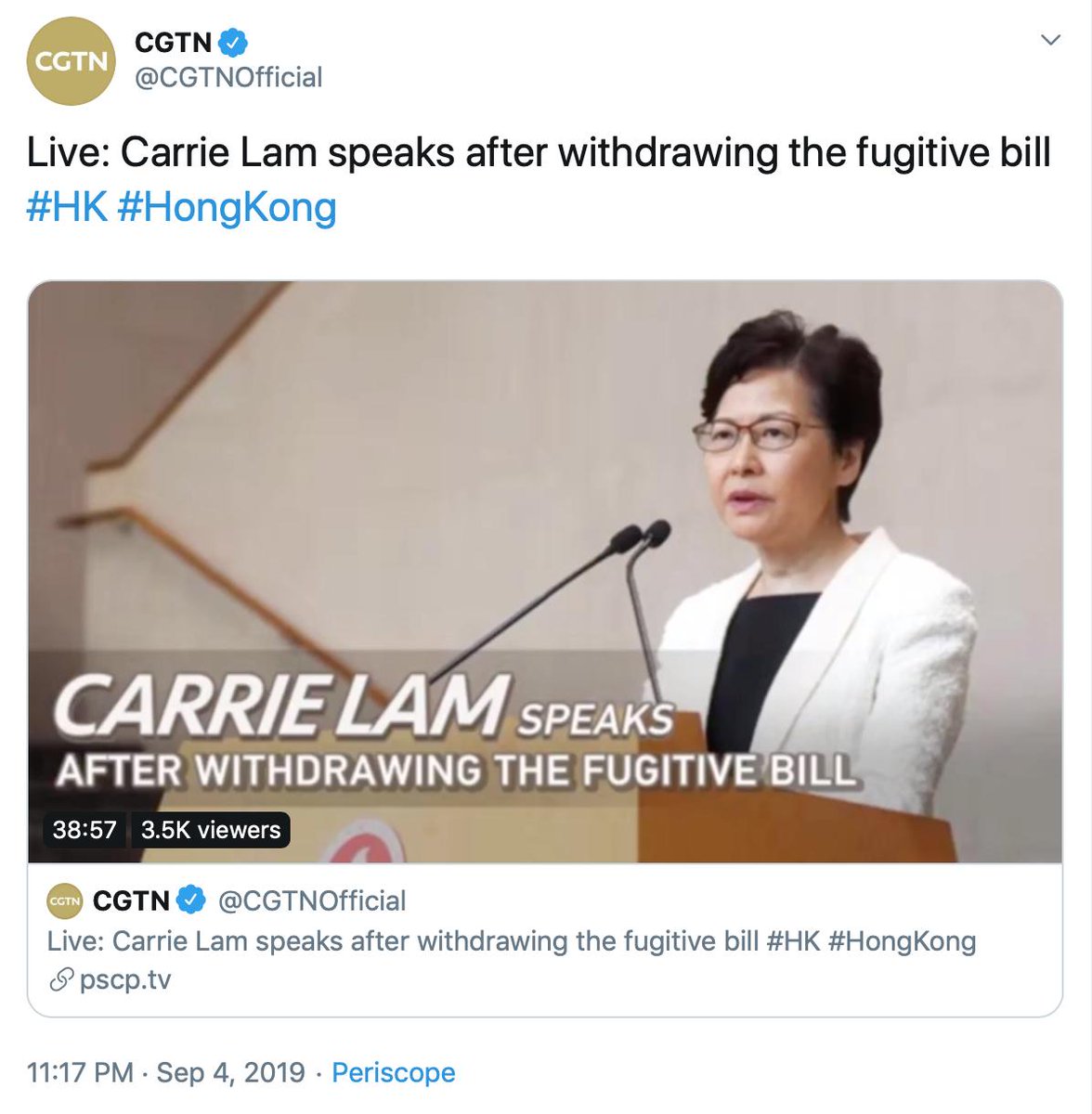 Many of the other voices in this Events feed, at the time I archived it, are either continuing the state-fueled 'rioter' narrative, or in the opposition, describing this withdraw as simply fake. These aren't popular voices of the movement, nor should they be ranking in this feed. 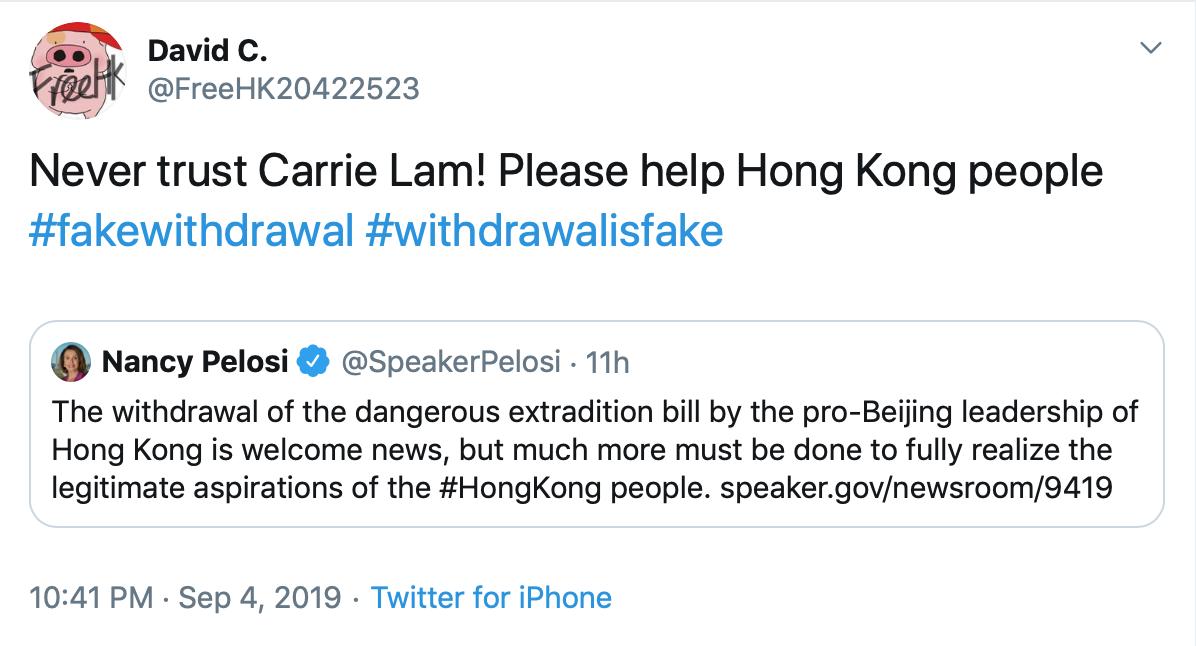 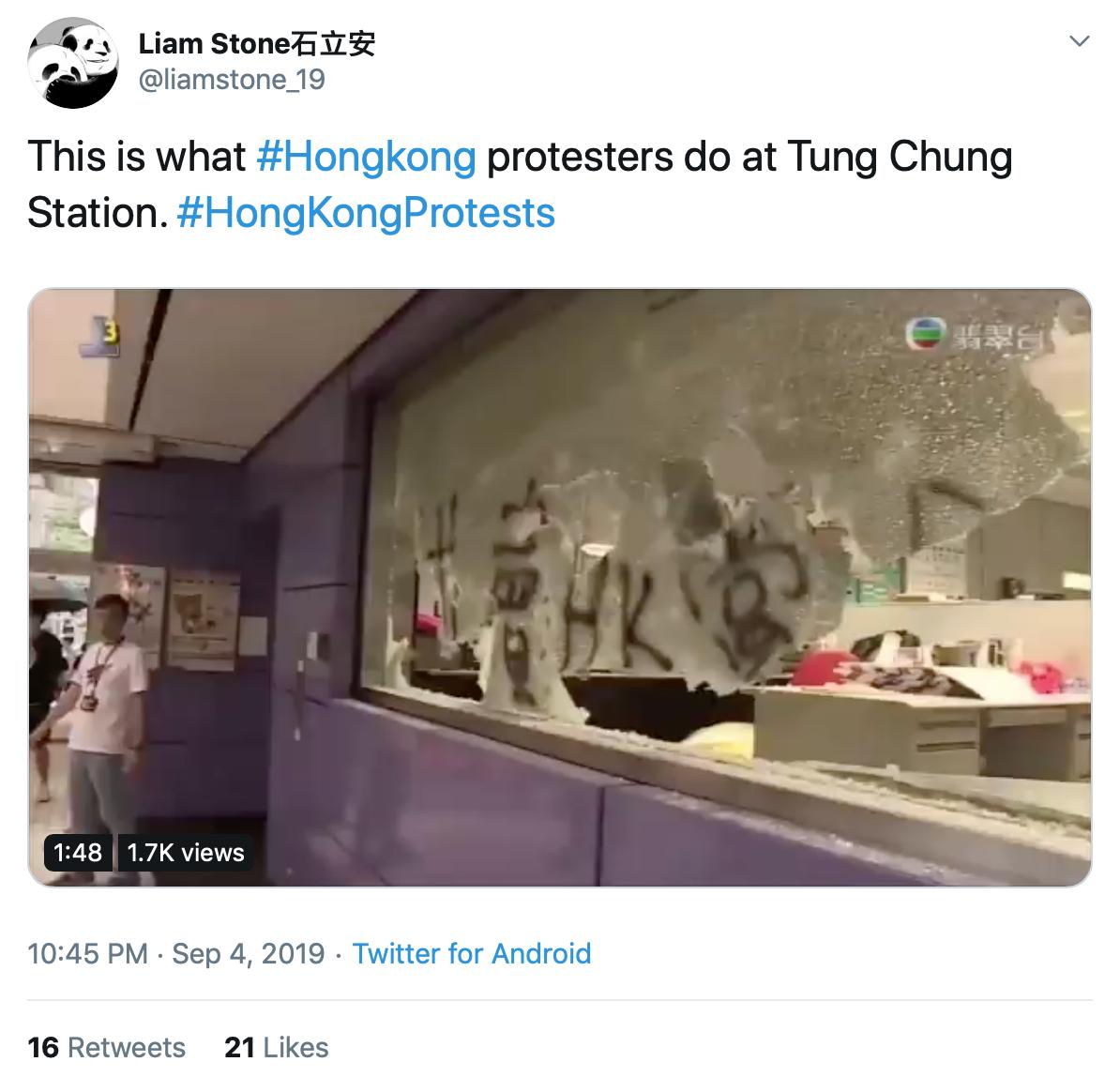 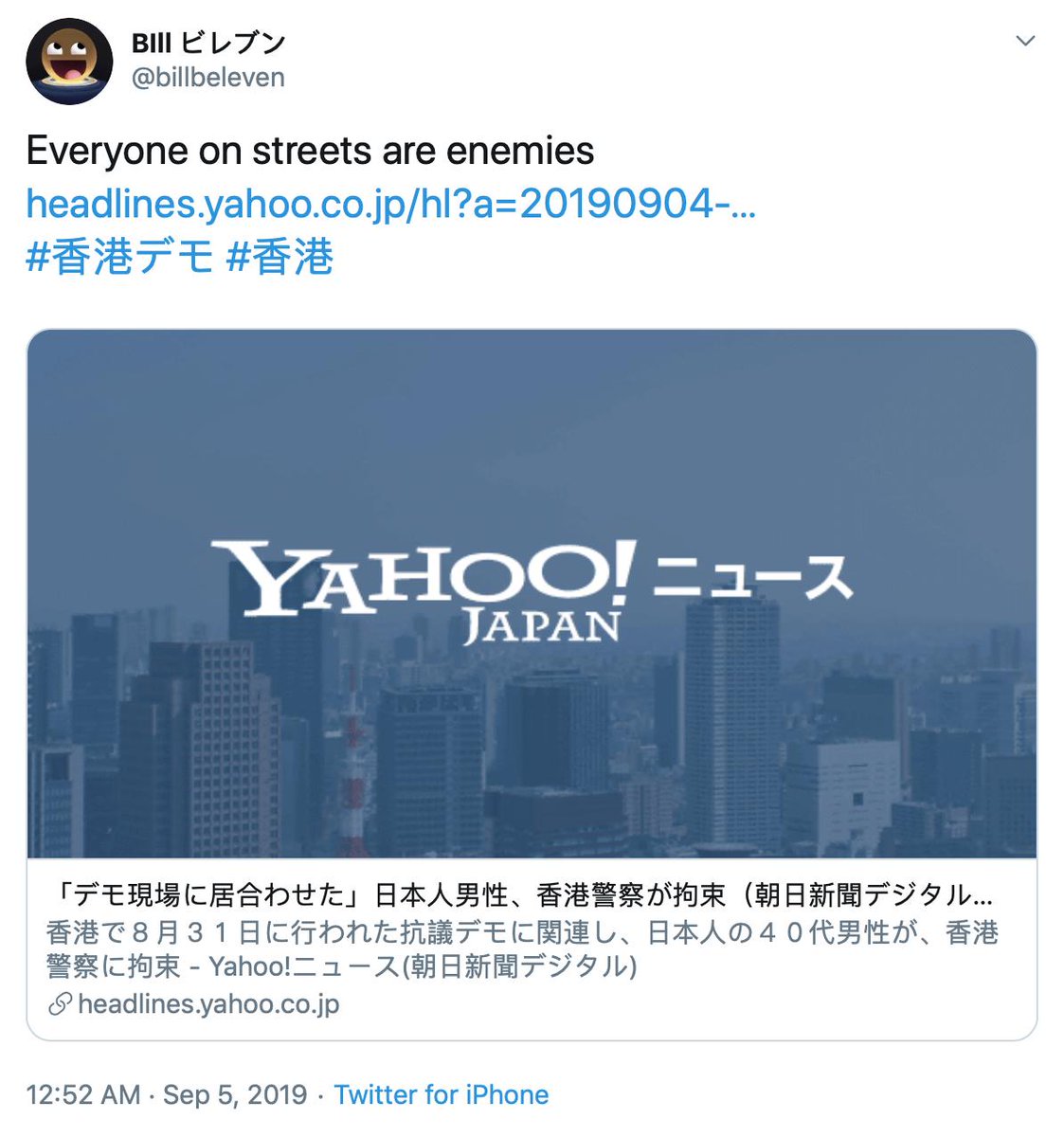 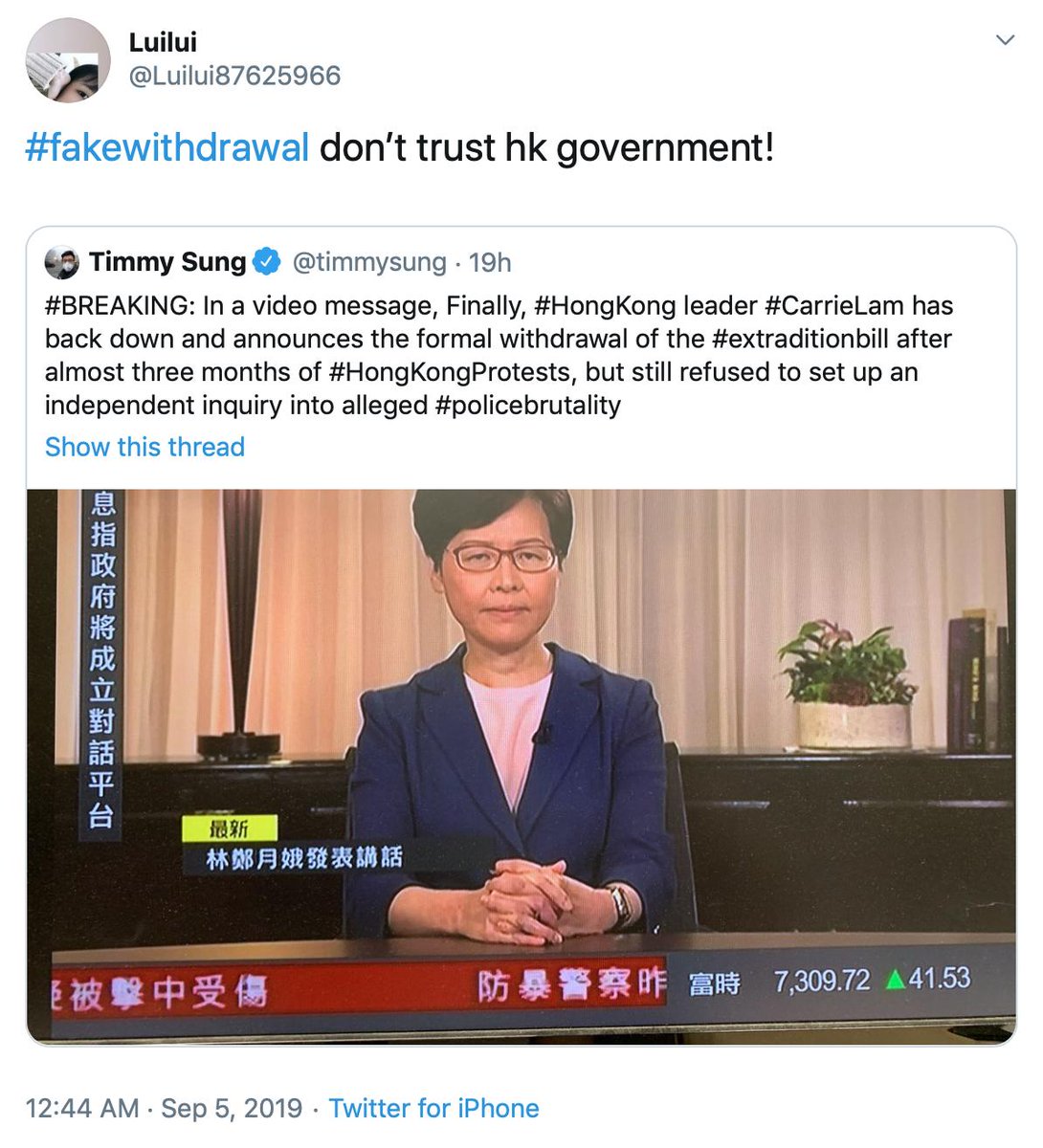 The three most trustworthy voices here were tweets from
@billbirtles, @EricCheungwc, and @JMSCHKU, but again, they're drowned out by state media and voices spreading conspiracies and known disinformation narratives.

Here's a stitched together image of the entire scrollable experience of this Twitter Event pertaining to Carrie Lam's speech. This uses the exact same interface as Moments — but it appears to have no editorial curation. A frustrating lack of progress.  https://imgur.com/a/2TkkOyp