North Carolina's Republican-gerrymandered state legislative districts were struck down on Tuesday for violating the NC constitution's right to free & fair elections. Here is my initial draft on how I'd redraw the NC Senate to comply with the ruling #NCpol  https://www.dailykos.com/stories/2019/9/3/1880414/-Major-victory-against-GOP-gerrymandering-State-court-strikes-down-North-Carolina-s-legislative-maps … 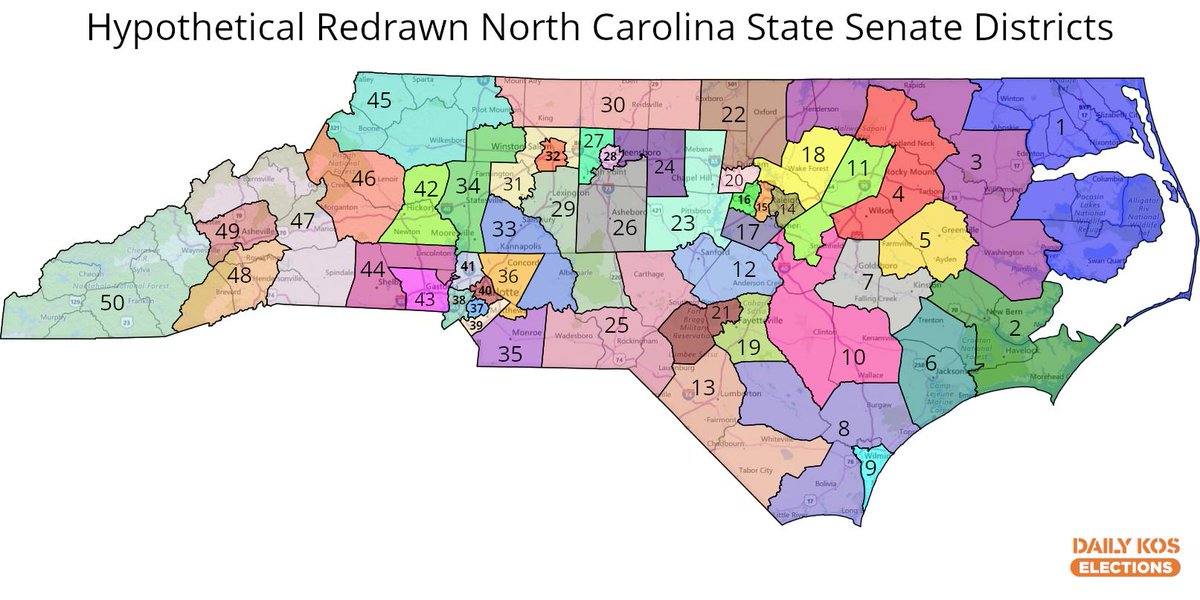 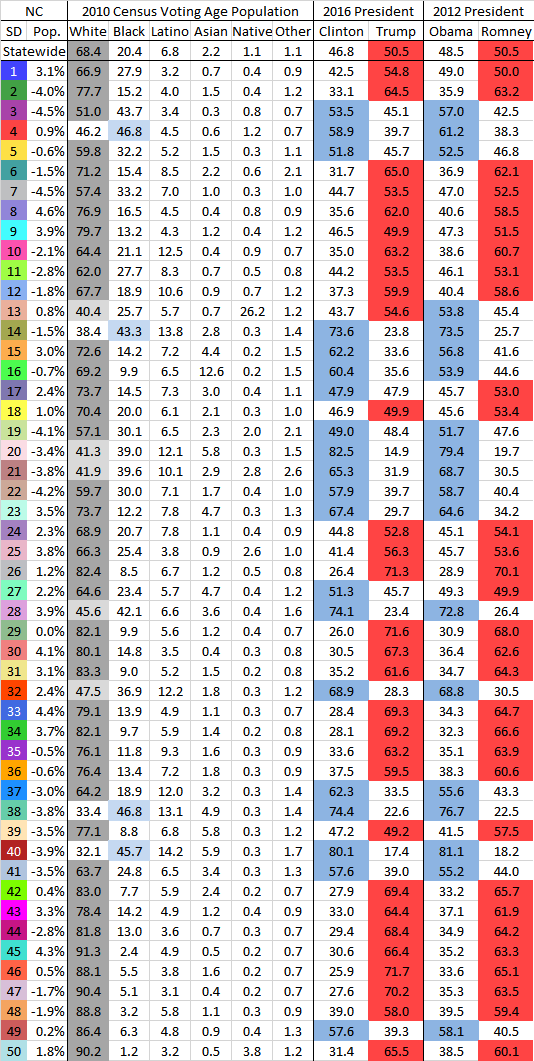 And here's my draft of nonpartisan North Carolina state Senate districts that starts from scratch & takes a looser interpretation of past state Supreme Court precedent Stephenson v. Bartlett (back when the GOP had a court majority). This ignores the GOP's county groupings #NCpol 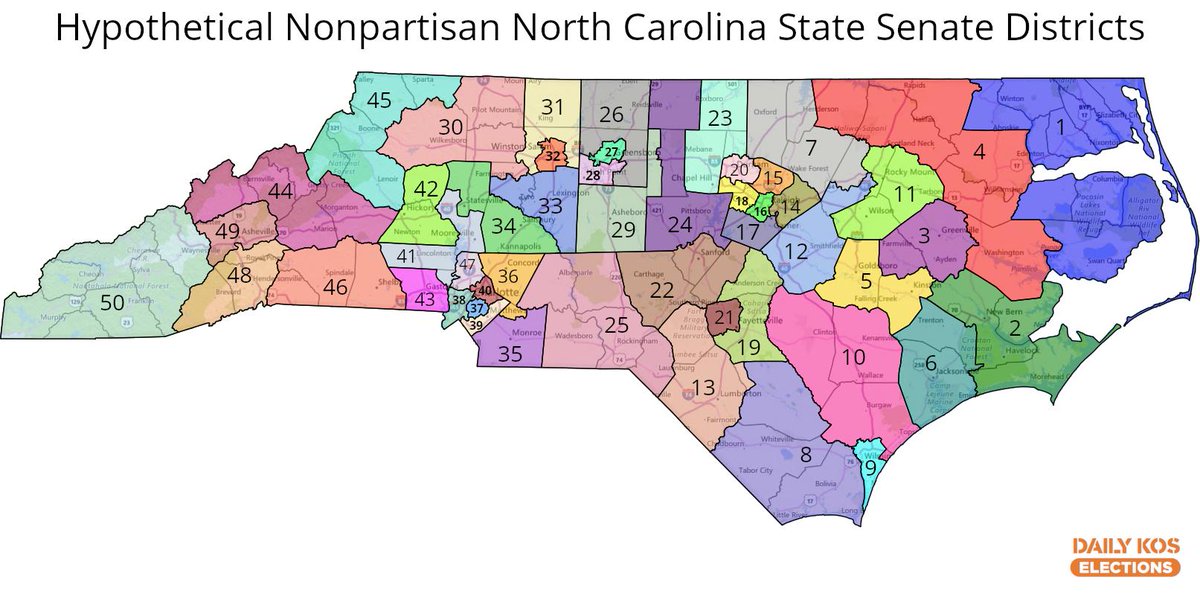 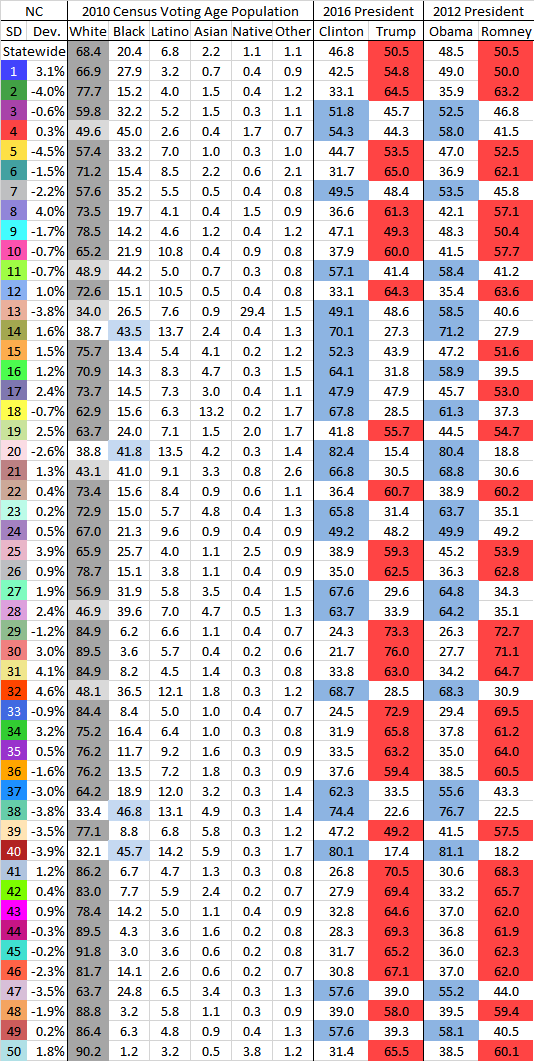 Under this map, Democrats could lock in some of the gains they made in 2018, when they broke the GOP's supermajority & reduced it to just 29-21. However, Dems would face a tough road to winning the 25 seats needed for a majority if they also win the 2020 lt. governor race #NCpol

Neither of these hypothetical North Carolina state Senate maps splits precincts, so the boundaries within counties may look a little funky (districts must be within +/-5% of ideal population). I've yet to finish reading Tuesday's ruling, so the final maps could change somewhat

As for North Carolina's state House, I've made considerable progress drawing a hypothetical map to remedy the court's striking down of the GOP's gerrymander. However, I still must finalize Buncombe, Mecklenburg, & Pitt Counties before the map is ready to share as an initial draft

North Carolina's state House districts are harder for me to draw, but Democrats should have a better chance of taking a majority in 2020 in the lower chamber than in the Senate following Tuesday's court ruling

Relatedly, if you're drawing your own versions of North Carolina's legislative districts following a state court striking down the GOP's gerrymanders on Tuesday, there are ongoing efforts to help citizens evaluate their own proposals

While it's unclear exactly what the North Carolina state courts will go for, it's possible to draw a partisan-fair state Senate map with the existing county groupings. By 2016 president, this map has 25 districts that are more Democratic than the state & 25 more Republican #NCpol 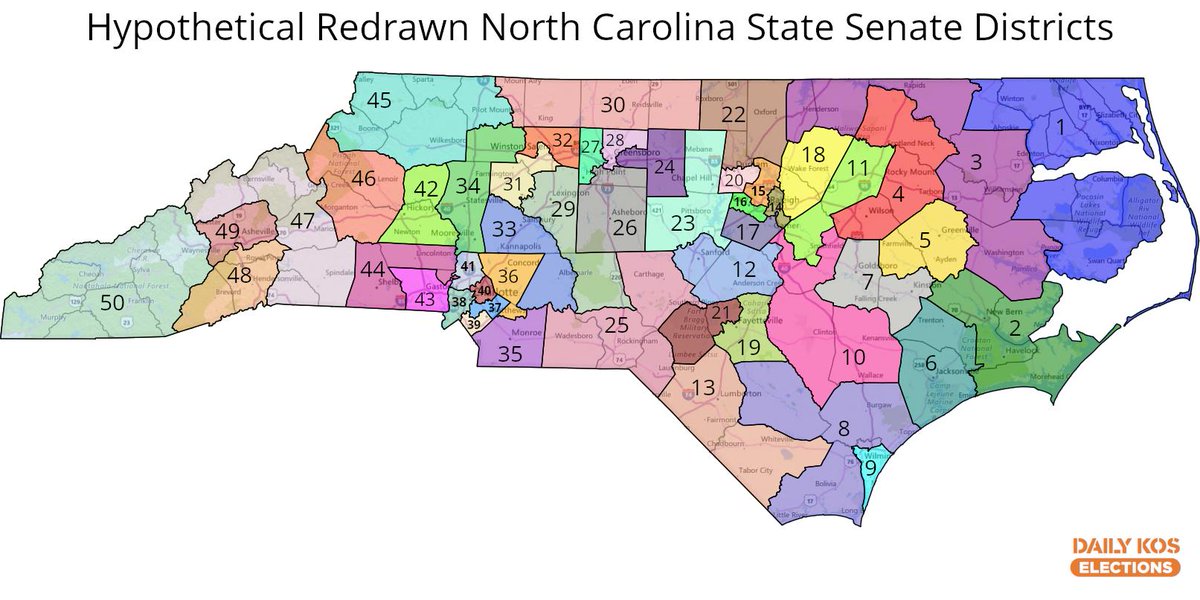 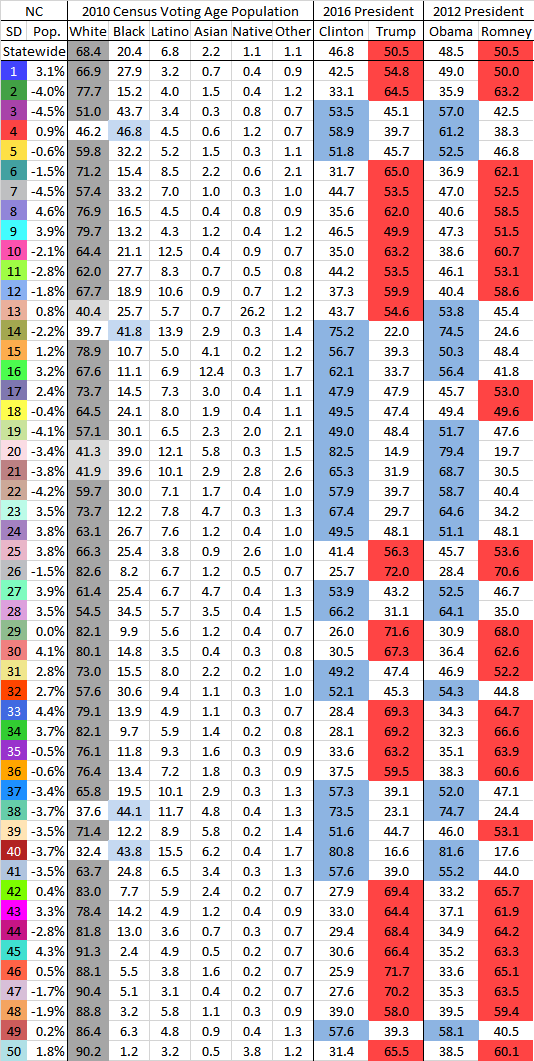 This map would have very likely elected 25 Dems & 25 Republicans in 2018, which is proportional to the 51-49 Democratic majority of the popular vote. The lieutenant governor (currently a Republican who isn't seeking reelection in 2020) would break ties

Just for fun, here's a North Carolina state Senate Democratic gerrymander I drew last year to show how effective gerrymandering can be (it ignores the whole county rule). Dems would have won a 30-20 veto-proof majority this whole decade instead of a GOP (super)majority #NCpol 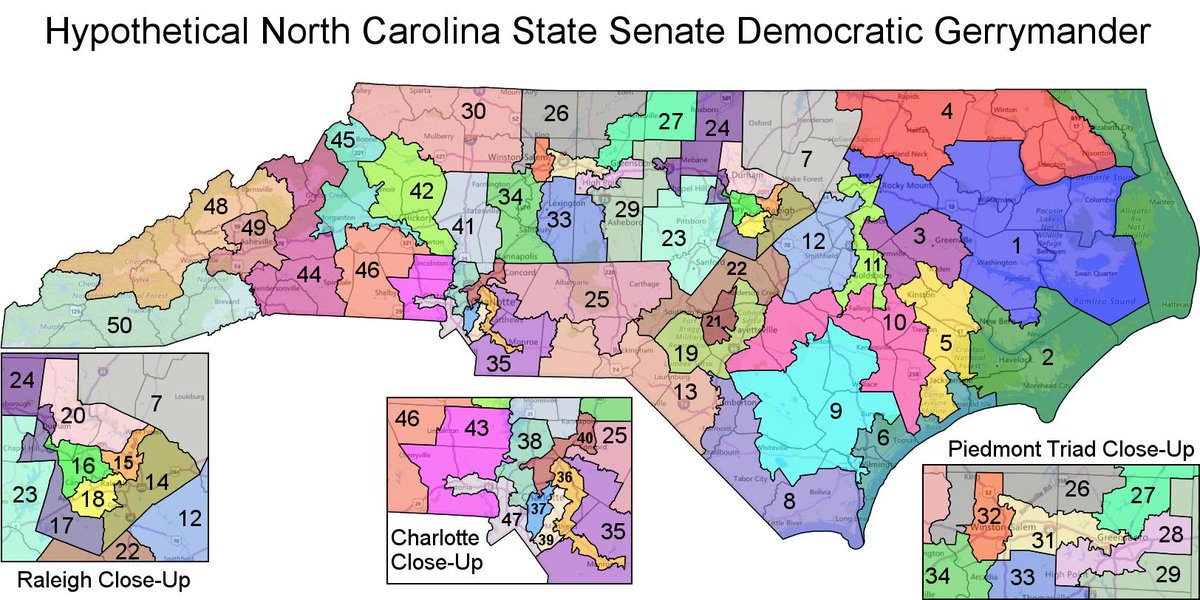 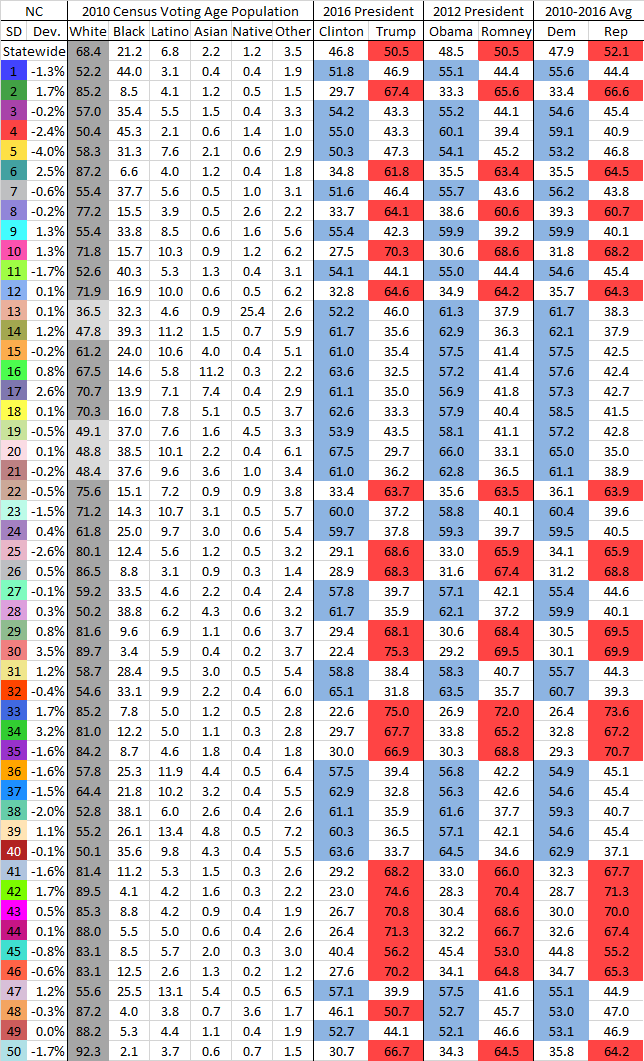