btw -- just so it's clear, I have tremendous respect for eng managers. it's a tough gig that takes creativity, vulnerability and an endless well of emotional energy. the good ones are worth their weight in gold; they are the lungs of any high performing team.

I wrote this not to shit on management, but to prod engineers to think about what they really want and need out of the second half of their career.

And to wrest back the power and influence and impact they should have had all along. (Let @dbsmasher be thy guide!)

It's not good for anybody if the manager is somebody who doesn't really want to be doing the job, deep down.

And manager jobs might be less miserable if we didn't drop ALL the people labor in their laps. Spread the load a bit, let everyone practice.

In healthy teams that I've seen, roles are maybe 85-90% consistent over time, but 10-15% in flux. People would pick up lead roles for the duration of a project, or volunteer to recruit or run interviews. We rotated who led the weekly meeting or retrospectives. Etc.

You'd never take it for granted that somebody always did a thing just because of their role. You would typically only do something until it got boring.

There's always someone it isn't boring to, after all. ☺️

And managers just kind of trot along beside the team like a sheepdog, nipping at heels now and then, but mostly making sure all the bases get covered and everyone is happy and well fed.

Anyhow, it's my last cocktail in Dublin. I had such a lovely time here, y'all. This place fills me up with peace and happy.

For my final round, I choose the slogan of operations engineers everywhere: "What's the Worst That Could Happen?". 😍 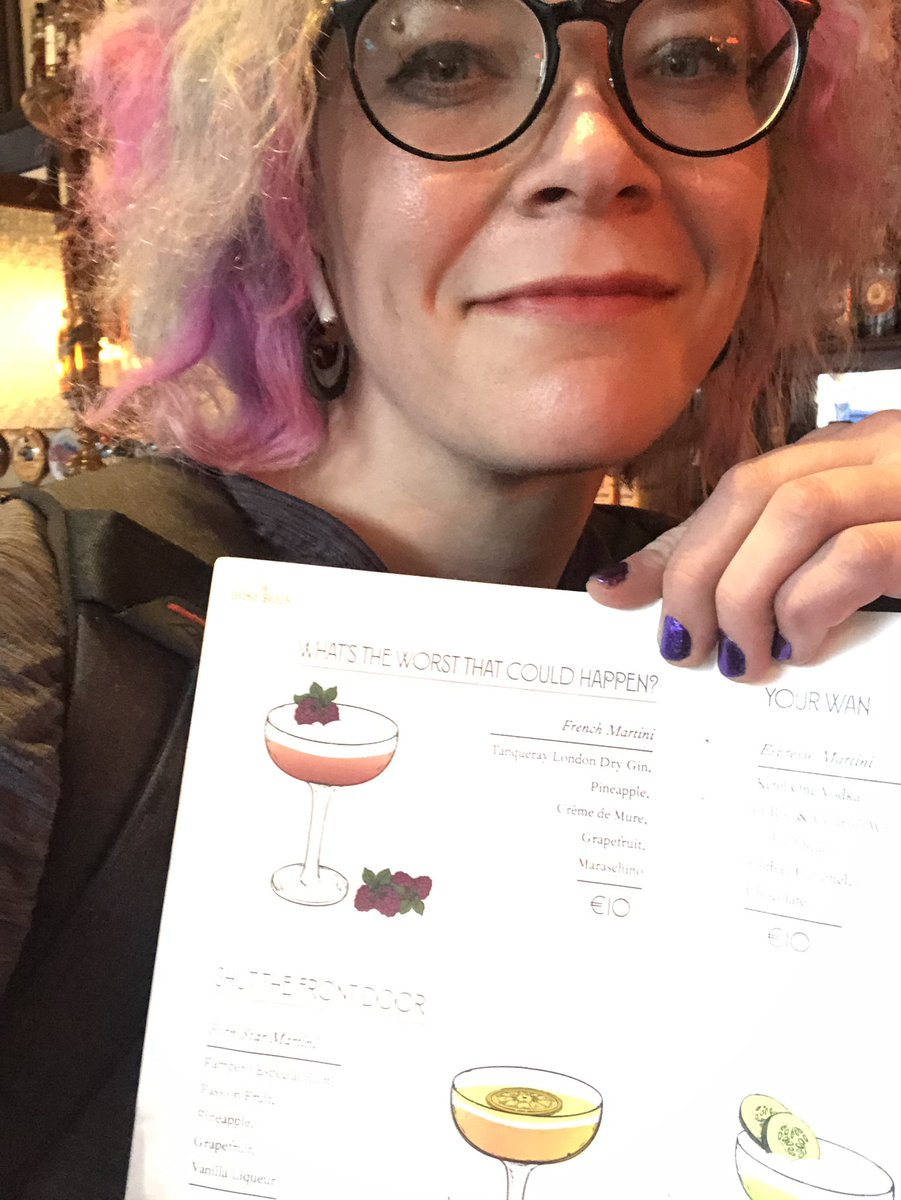