Okay, gigantic content warning up front, because we're going to talk about conversion therapy and suicide, so I'd advise just muting this thread if these issues are likely to effect you.

So, today let's talk about transphobic academics and conversion therapy, because heck...

In an article from last year written by Dr. Kathleen Stock, she takes issue with the definition of conversion therapy as presented by LGBT charity Stonewall; that conversion therapy is defined by attempts to change a person's sexual orientation or suppress their gender identity.

Now, in reading the piece for myself, there's a very sinister bit of spin right from the get go. (You can read it for yourself here:  https://www.thearticle.com/stonewalls-new-definition-of-conversion-therapy-raises-a-few-questions …)

In the very second paragraph, the link contained doesn't actually link to any sort of definition of conversion therapy... 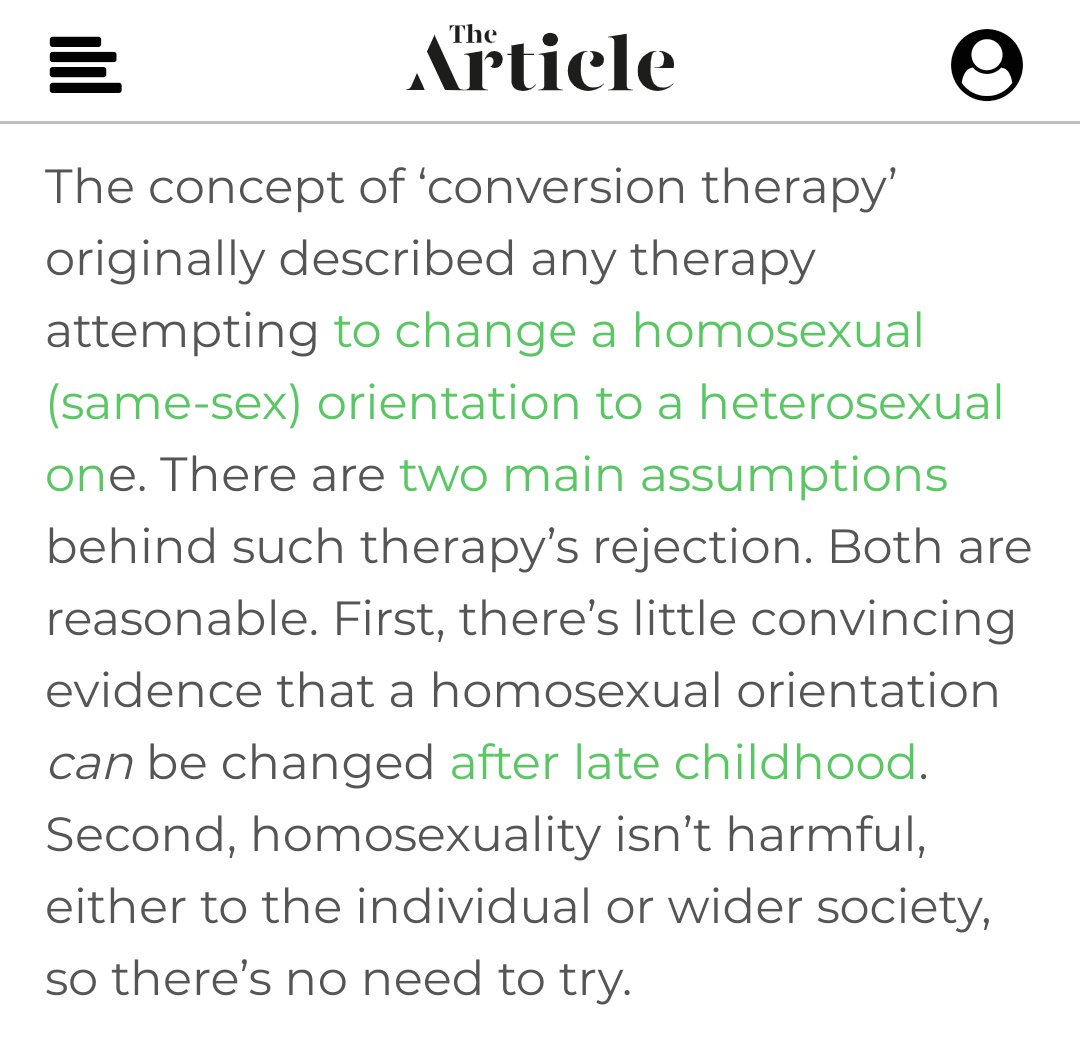 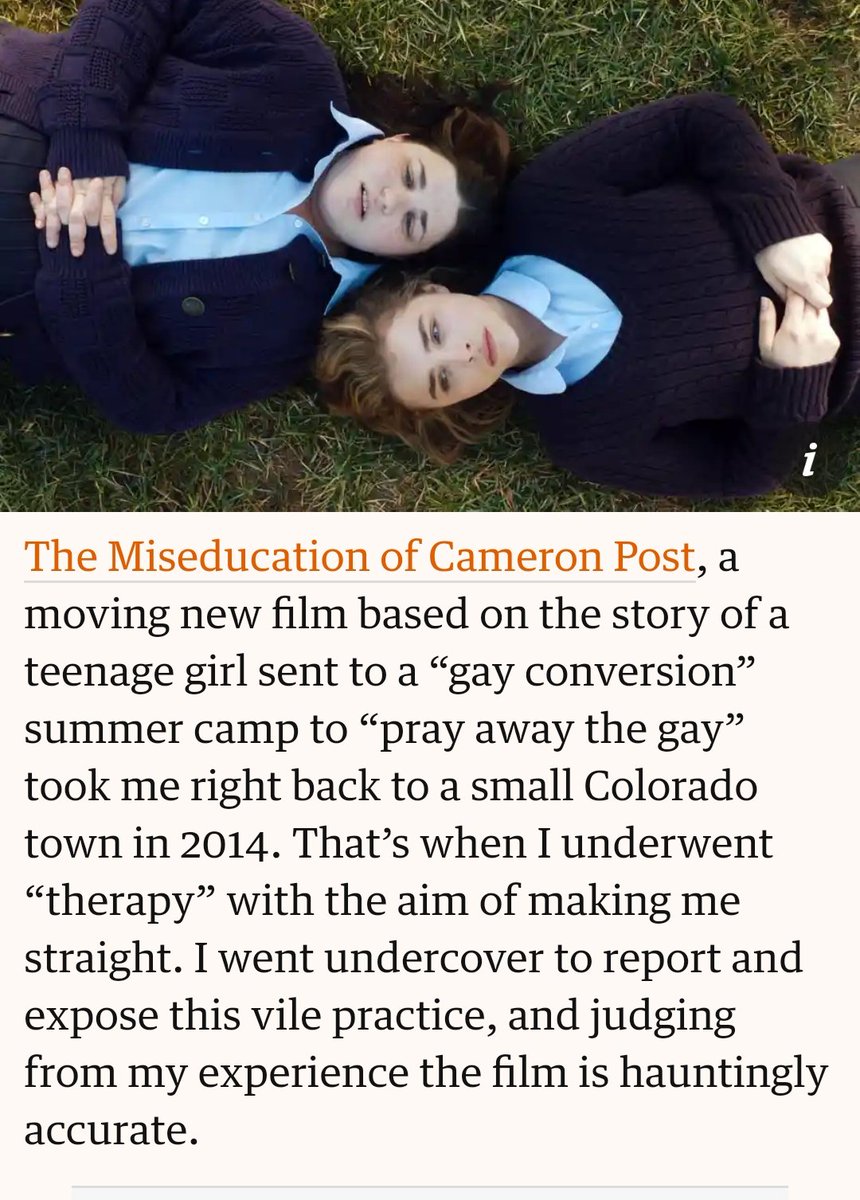 The first red flag is that Stock is looking to another career transphobe as an authority on what constitutes conversion therapy, but perhaps the biggest red flag here is that this article focuses specifically on *Christian* conversion therapy; the "pray the gay away" variety.

This is presenting it as if it were purely a Christian phenomenon, and while Stock doesn't outright say this, her article is very leading. The reality is that conversion therapy was borne from academia; a secular practice that does not rely on prayer as we're lead to believe.

This was a practice pioneered in the 70's by George A. Rekers in UCLA, which focused on the strict enforcement of rigid gender roles in childhood to dissuade the child from feminine expression, supposing that this would prevent homosexuality in adulthood.

Here, Stock dismissively tells us of a "new" second kind of conversion therapy that has been "accepted by many" and paints it as if therapy trying to make people not trans any more is something new or a radical new definition. This is wildly misleading. 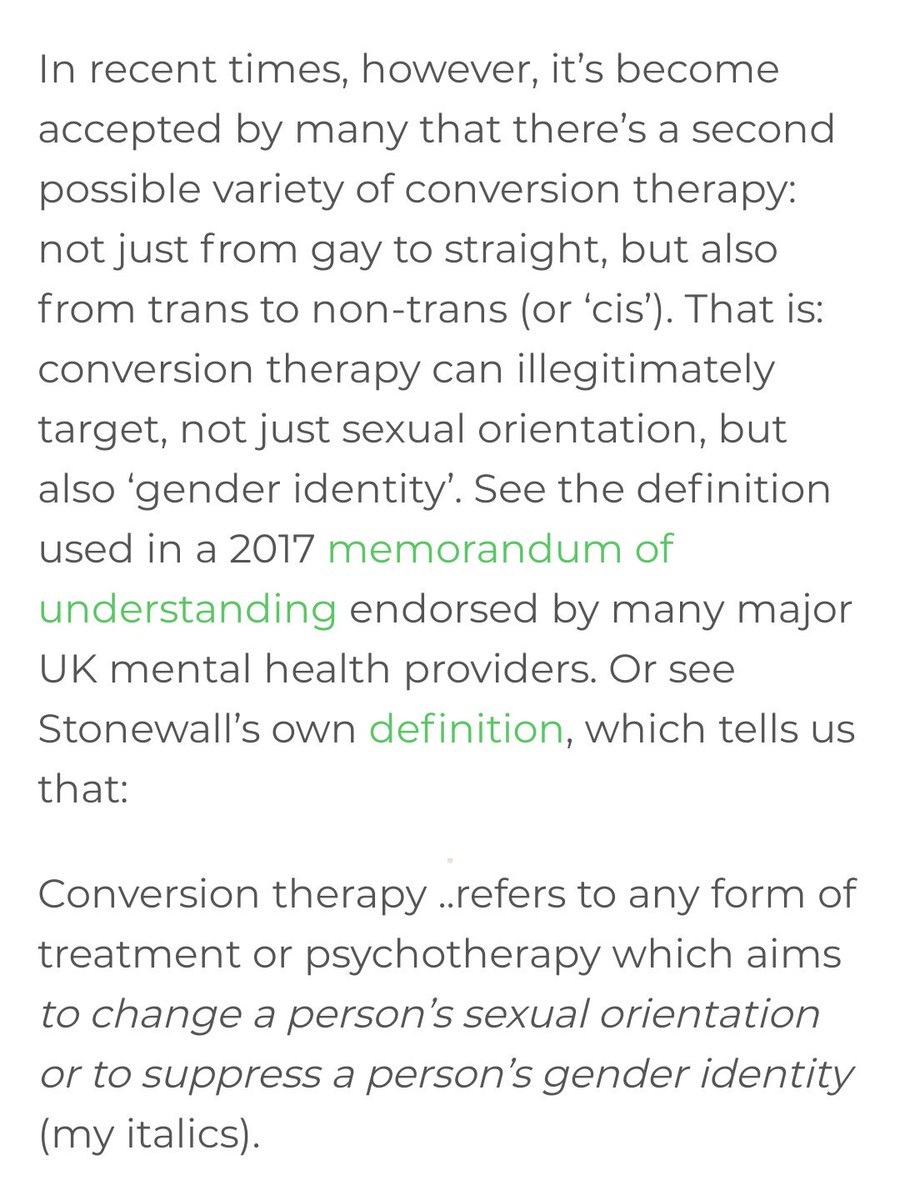 If we look at the kind of conversion therapy practiced on trans and gender nonconforming youth however, it is identical to that pioneered by Rekers in the 70's. The exact same focus on restricting gender nonconformity and adherence to strict gender roles:

There's a tendency with a lot of "gender critical" types to completely whitewash what conversion therapy even is, to distort the history and paint it purely as some sort of religious phenomenon. That's not only irresponsible, it's downright dangerous.

The conclusion of Stock's piece is a piece of "gotcha" logic worthy of a 16 year old Ben Shapiro fan.

That if we accept the "new" definition of conversion therapy, a therapist is then doing one either anti-gay or anti-trans therapy in this hypothetical she just made up! 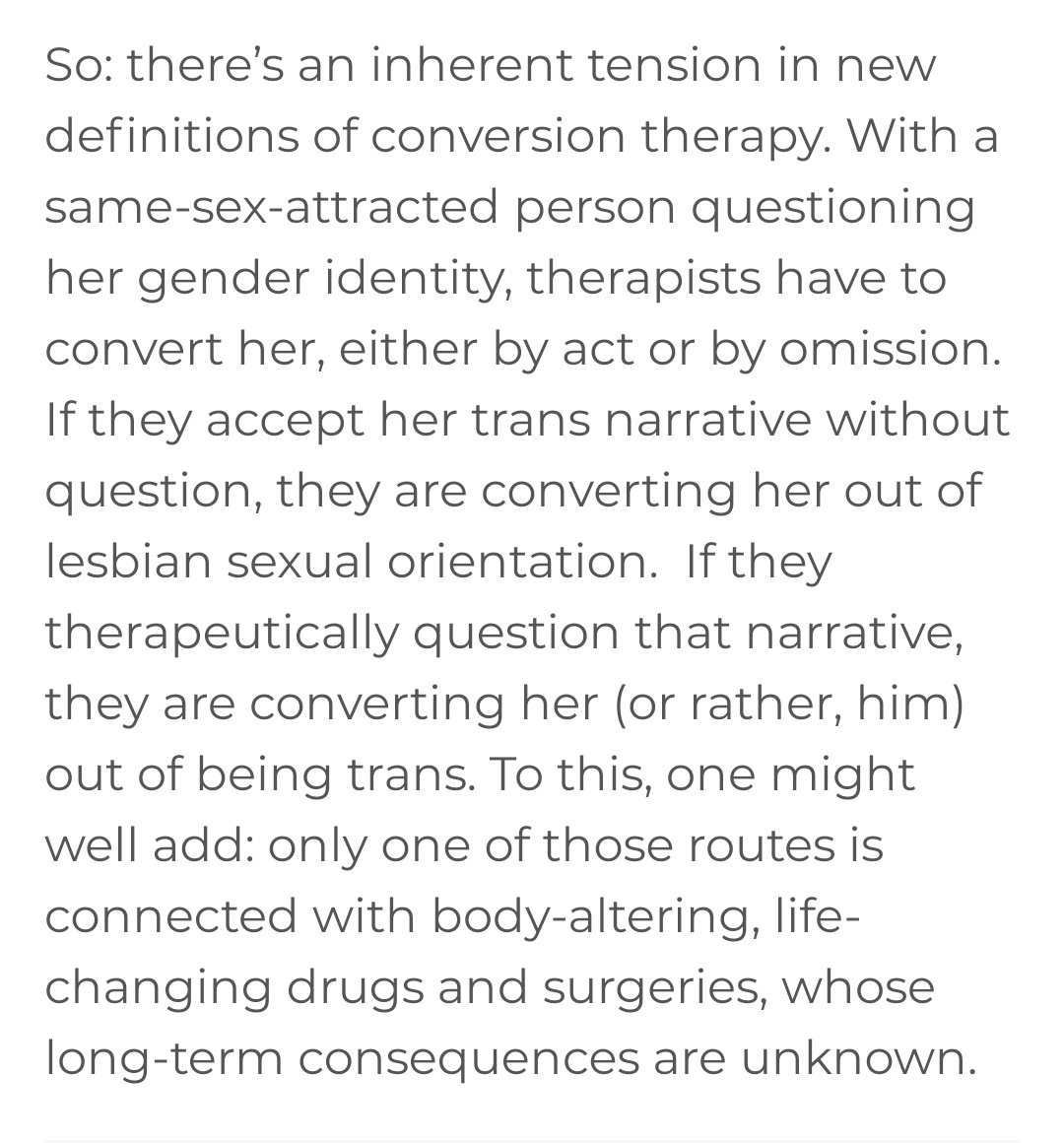 The entire thrust of the piece is predicated on misleading ideas and distortions about conversion therapy in order to reach this end, and it is concerning that transphobes can so readily muddy the waters on the issue to this degree because it suits them.

Transphobic bigots try to invoke acceptance of trans people's gender identities as a form of conversion therapy, but invoking this requires whitewashing the history of the practice, and the trauma and destruction it's left behind. And that is reprehensible.