1. Since North Carolina's GOP state legislative gerrymanders were struck down, I've wondered what nonpartisan maps could look like that didn't concede the GOP's county groupings as "optimal" under Stephenson v. Bartlett, unlike the ongoing litigation. Turns out ... #NCpol

2. @jcmattingly et al used an algorithm to devise the optimal county groupings that satisfied NC's "whole county provision" as interpreted by the (then a GOP-majority) NC Supreme Court in 2003's Stephenson v. Bartlett. The GOP's gerrymanders were "optimal," but so were other maps 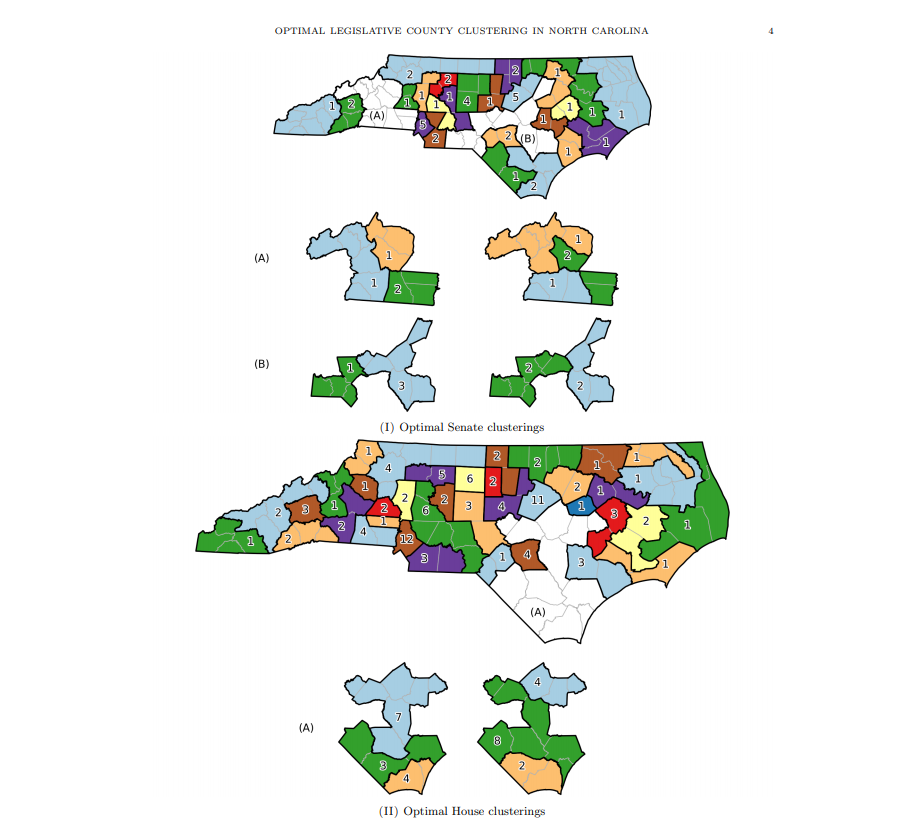 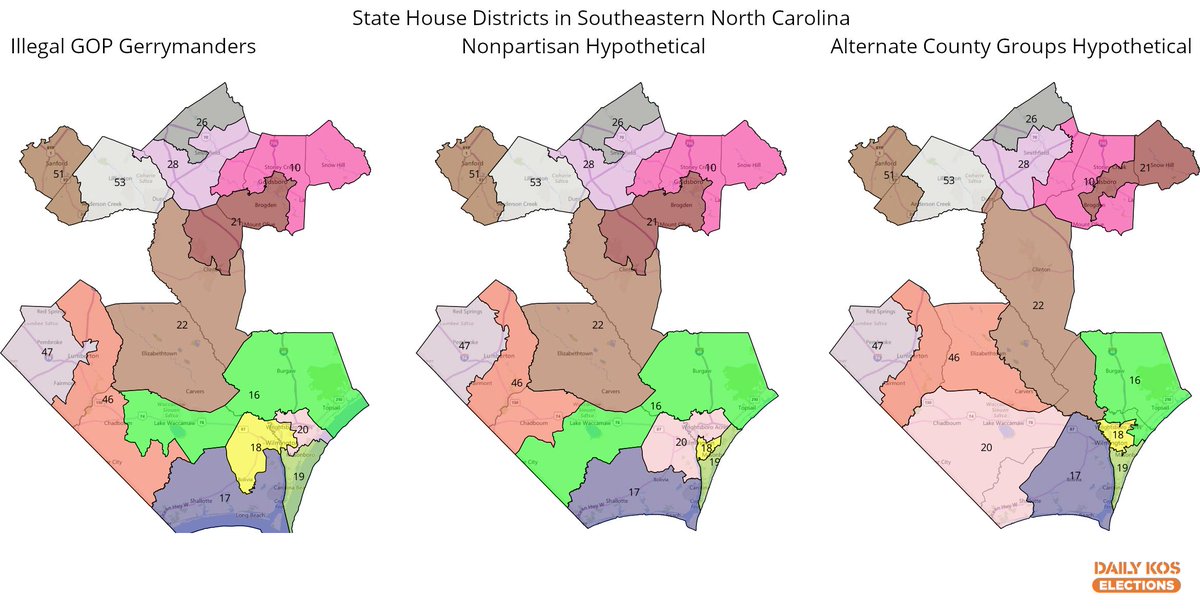 4. Either of the nonpartisan maps shown here is fairer than the GOP's gerrymander. However, using the GOP's county groupings means a nonpartisan map could make #HD46 Trump+8% & #HD20 Trump+9%, both much bluer than the illegal districts. By contrast ...

5. The version that uses the alternate county groupings makes #HD46 Trump+6%, which is 2% bluer than when keeping the GOP's county groupings, & #HD19 takes #HD20's place as Wilmington's competitive seat at Trump+15%, which the incumbent would've almost lost in 2018

Anyway, here's the link to @jcmattingly & his co-authors' paper on county groupings in North Carolina legislative redistricting under Stephenson v. Bartlett, which demonstrates how these rules work as interpreted by the NC Supreme Court last decade  https://arxiv.org/abs/1908.11801

Thought you may find this thread interesting 👆