While the GOP is devising their latest map to fix their illegal gerrymander of North Carolina's state Senate, here's my latest working draft of what I'd draw: 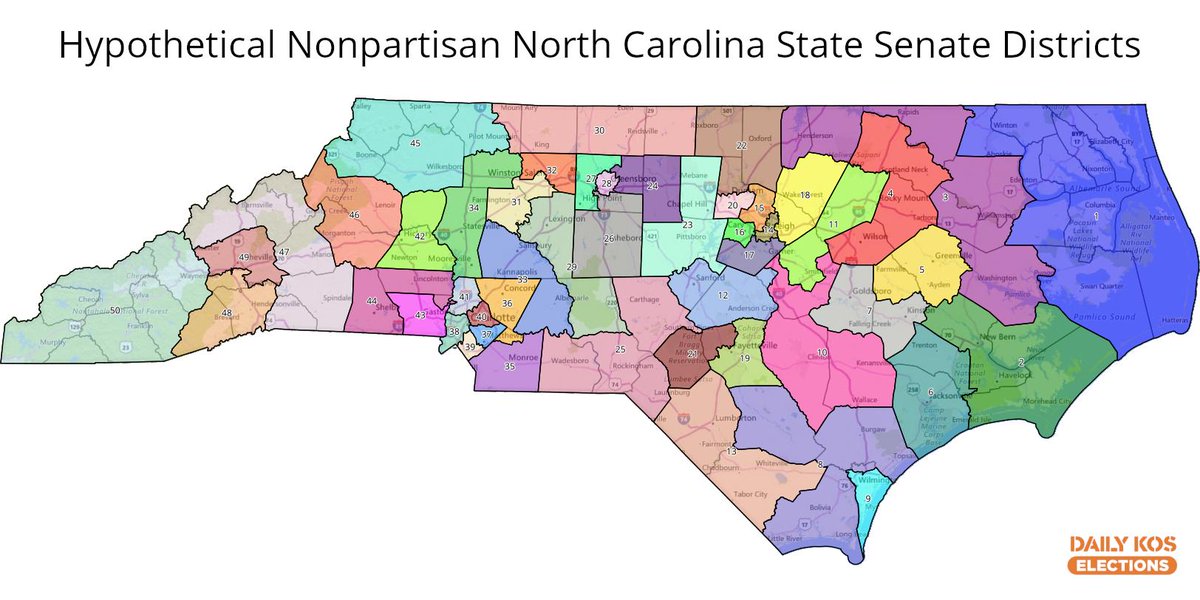 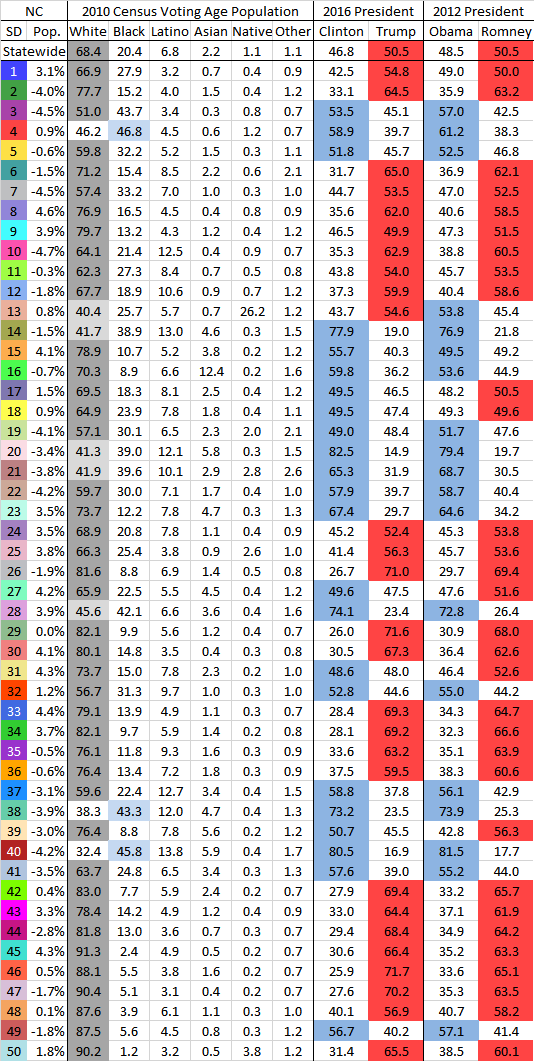 Although the court didn't strike down District 24 in Guilford County, here's why I think it should be slightly redrawn anyway: Doing so enables me to put the entire city of High Point in District 27, eliminating another split municipality, which is one of the court's criteria

Furthermore, my draft map is hardly a Democratic gerrymander: The mean-median test still favors the GOP by 4%, meaning Trump won the median districts by an average of 8% compared to his 4% statewide win. But that's still much smaller than the illegal map's 8% GOP bonus (Trump+12)

I'm still working my way through drawing nonpartisan NC state House map. I've finished a draft for every county grouping except Mecklenburg County, which is particularly challenging due to its size

Well then ... now North Carolina Republicans are saying they're standing by the state Senate district map they proposed yesterday. In that case, I'm re-upping the my data analysis of it from earlier today (now correctly labeled) #NCpol 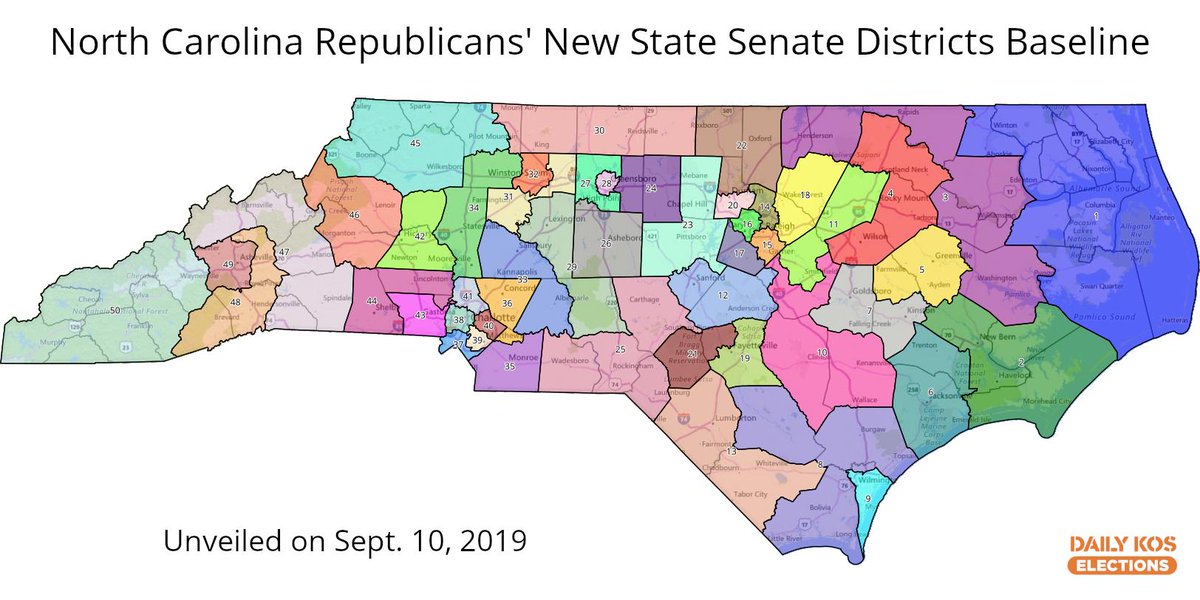 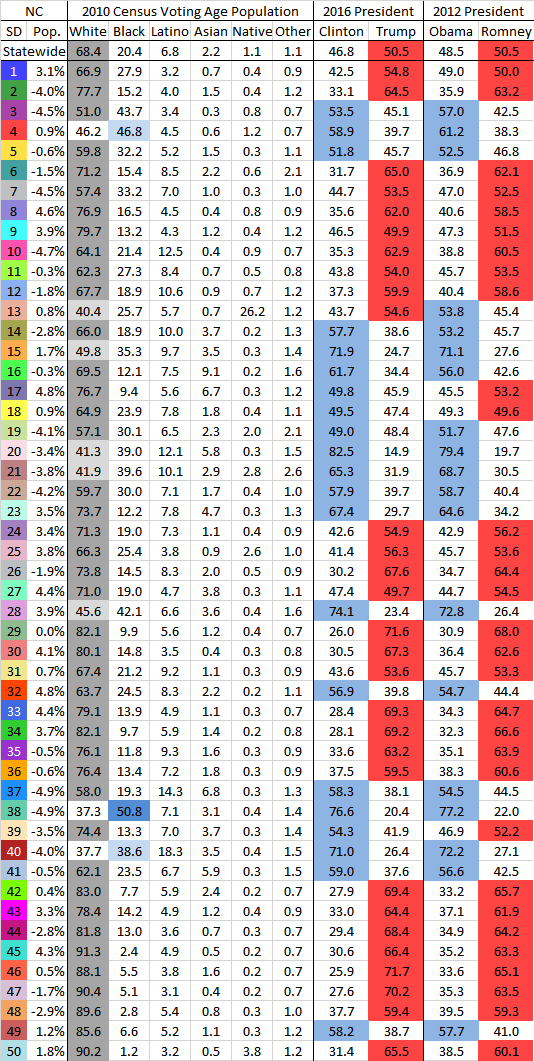